Italy’s Lake Como has a lot of spectacular views, but one of the best can be found perched on the hills above the village of Varenna. There sits the Vezio Castle, which was built between the late 11th and early 12th centuries. Every summer, tourists make the journey up the hill to enjoy the sweeping panorama, but they aren’t alone in doing so. Joining them are the “ghosts” that dot the grounds.

These ghosts of Vezio are plaster casts made by the managers of the castle each year. Tourists volunteer to have plaster fitted to them, which are used to create these ghostly figures. They are then left to the elements throughout the winter until a new season begins and the ghosts are cast anew. These ghosts are one of the castle’s biggest attractions, but why are they on the grounds and what do they represent?

It’s all linked to a legend about why the castle was built in the first place. In 1779, Anton Gioseffo della Torre di Rezzonico published a book Larius. In it, he mentioned that the castle was built thanks to the wishes of Theodelinda. She was the queen of the Lombards, the Germanic people who ruled this part of Italy for several hundred years. It’s said that she spent the last years of her life in the area and wished to leave behind a church and oratory with a prominent bell tower as part of her legacy.

Though that never happened, the legend states that her heart and soul are buried within the walls of the Vezio Castle and that her soul wanders its halls on moonless nights. These plaster sculptures are a physical representation of that legend that certainly adds to the beauty and mystery of the castle.

If you want to get a glimpse of them in person, the Vezio Castle is open every year from March until early November. 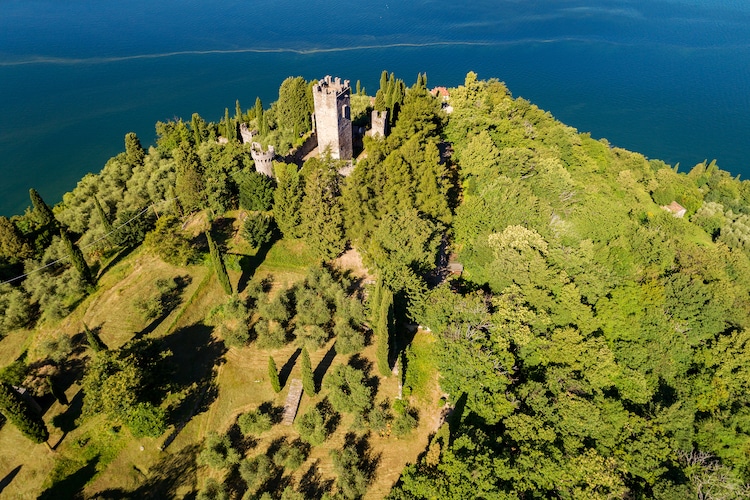 And sits on a hill high above the village of Varenna. 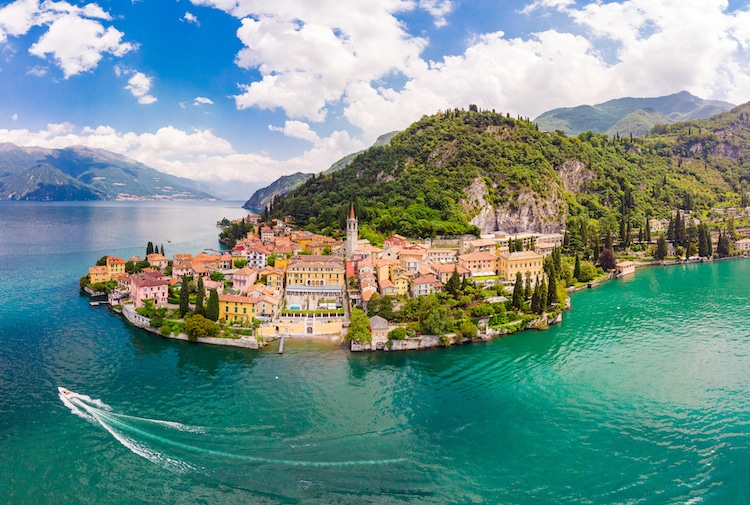 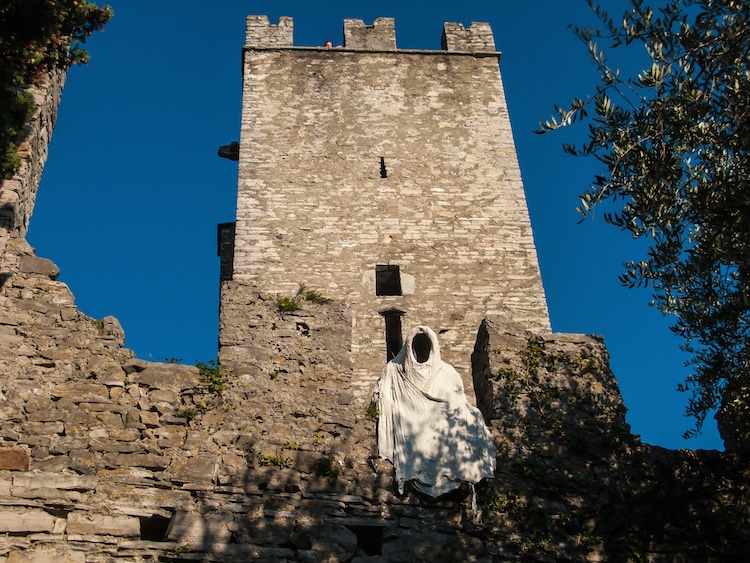 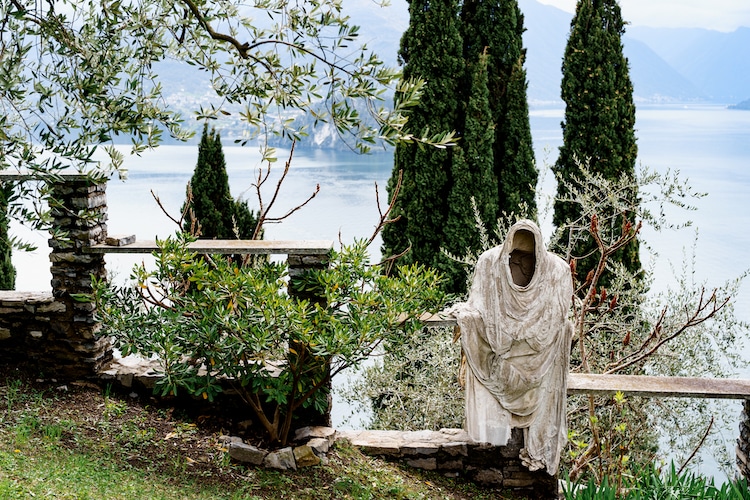 They are created each season by the castle managers. 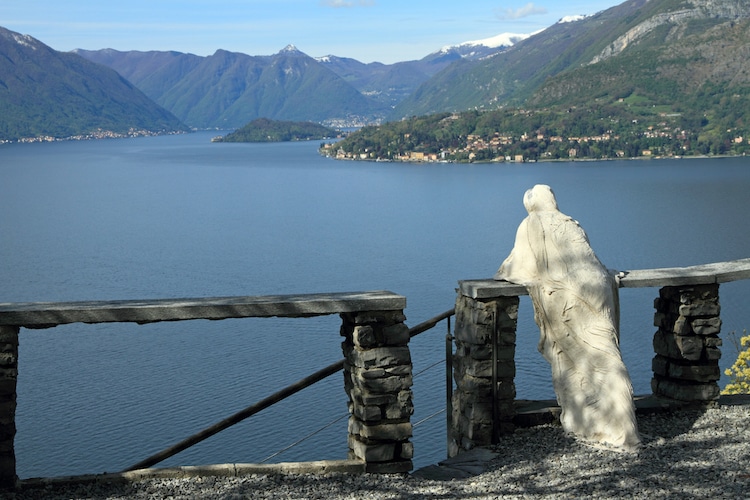 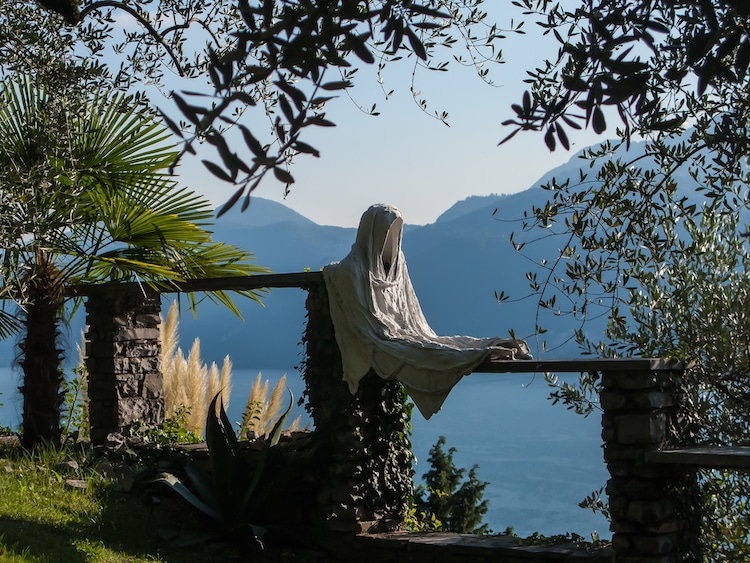 And pay respect to the ghost of Queen Theodelinda, whose spirit is said to walk the halls. 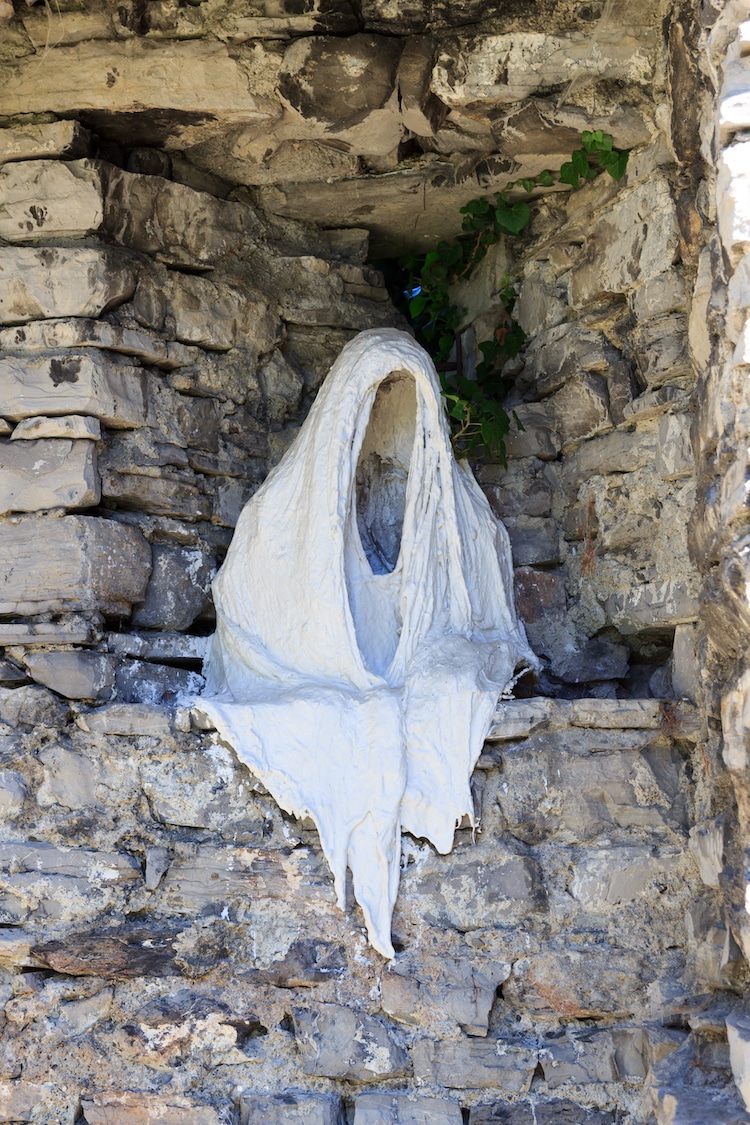