Being in a faithful relationship is a choice that both partners have to commit to every day. Sometimes, though, one or maybe both parties find themselves in affairs that put their union in jeopardy. No matter how good someone is at hiding things, there are small signs that can indicate their unfaithfulness. That’s because someone can easily fake their actions, but they can’t easily fake their emotions.

1. Intimacy has changed or faded. 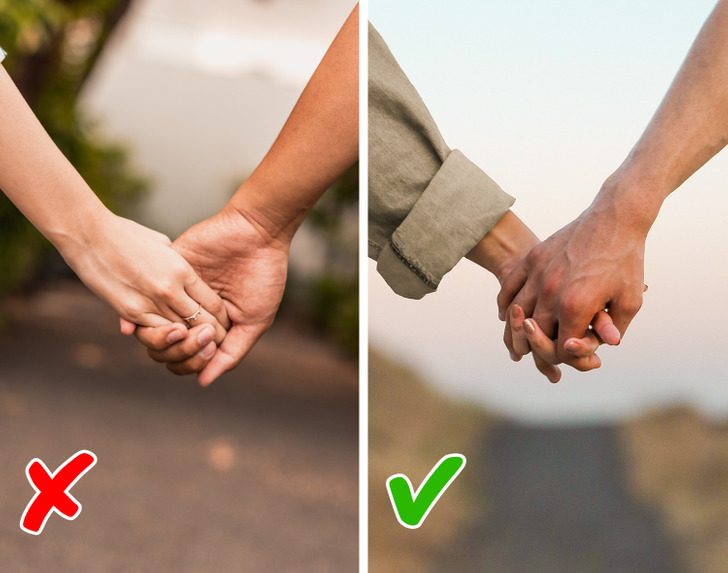 Intimacy, both emotional and physical, does fade as years go by, and couples get used to each other’s presence. But when both of these areas start to fade rapidly and in an unexpected way, you might need to get worried. If your partner used to be affectionate with you, and now they don’t even kiss you goodbye, chances are they are saving their kisses for someone else. On the emotional side, they might not be very talkative anymore and stop sharing their deeper thoughts with you.

2. They have a new friend they always spend time with. 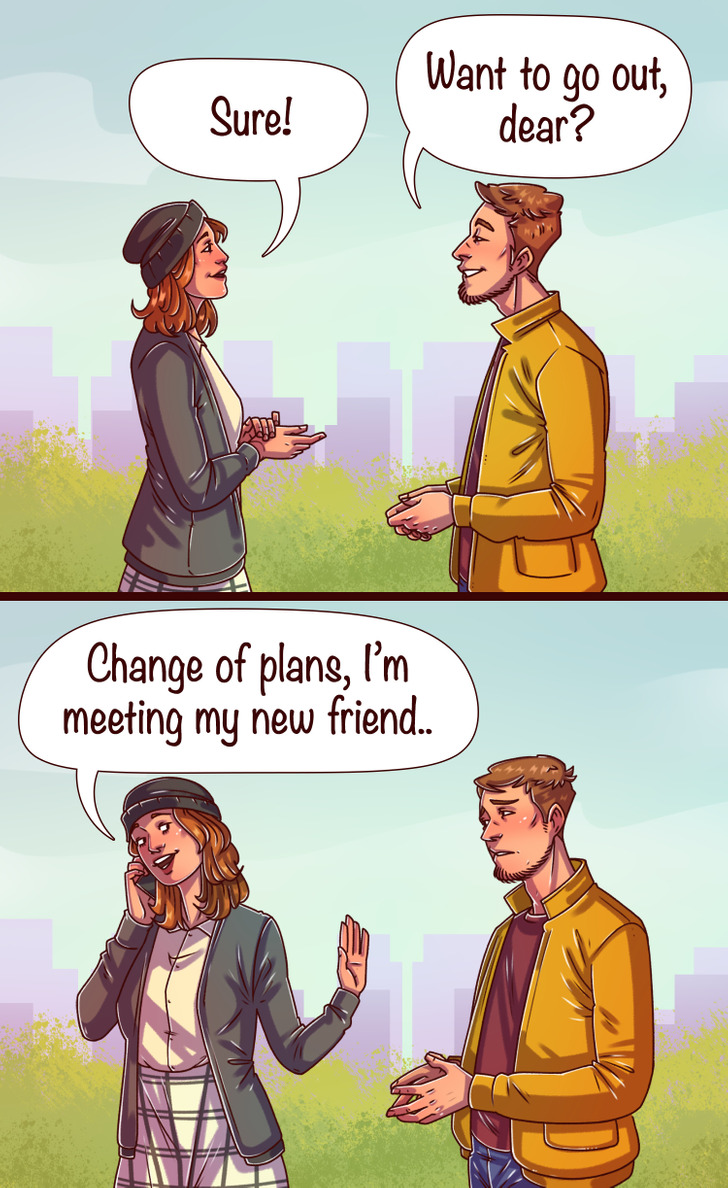 This type of affair can be either physical or emotional, and it starts when your partner begins canceling on you in order to meet a new friend. They obviously feel the need to be with them instead of you, and they don’t care about letting you down. They are now sharing their deepest thoughts and problems with that other person and don’t open up to you as they used to. What’s worse is that they might never introduce you to that other “friend,” or they will, but as their “colleague.”

3. All of a sudden they have to work late. 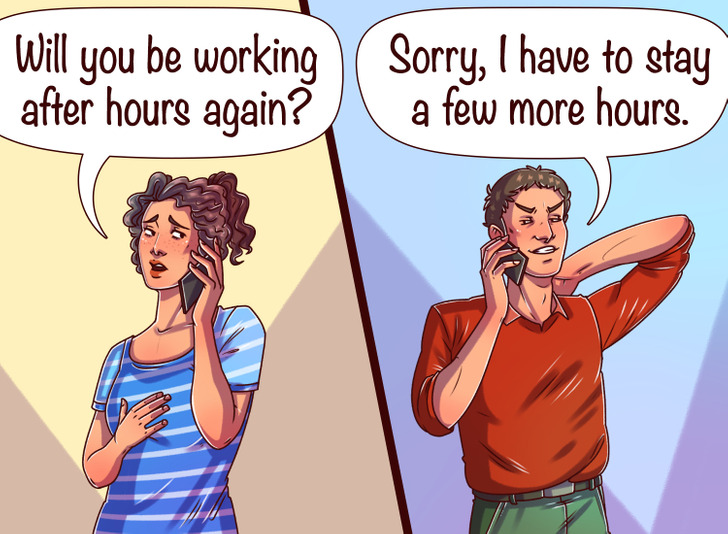 So, for over 10 years, your partner always worked the same hours, and suddenly they work late at least 3 times a week. They might be up for a promotion, someone might think, but they have never talked to you about this possibility. So the next logical explanation for you would be that they might be having an affair. Of course, that’s not always the answer to things we can’t explain.

But if working late has been happening for a long time, their salary has remained the same, and no promotion has happened, then it’s a plausible worry. Those things, along with other deterioration in your relationship, should make you think twice.

4. Their friends are weird around you. 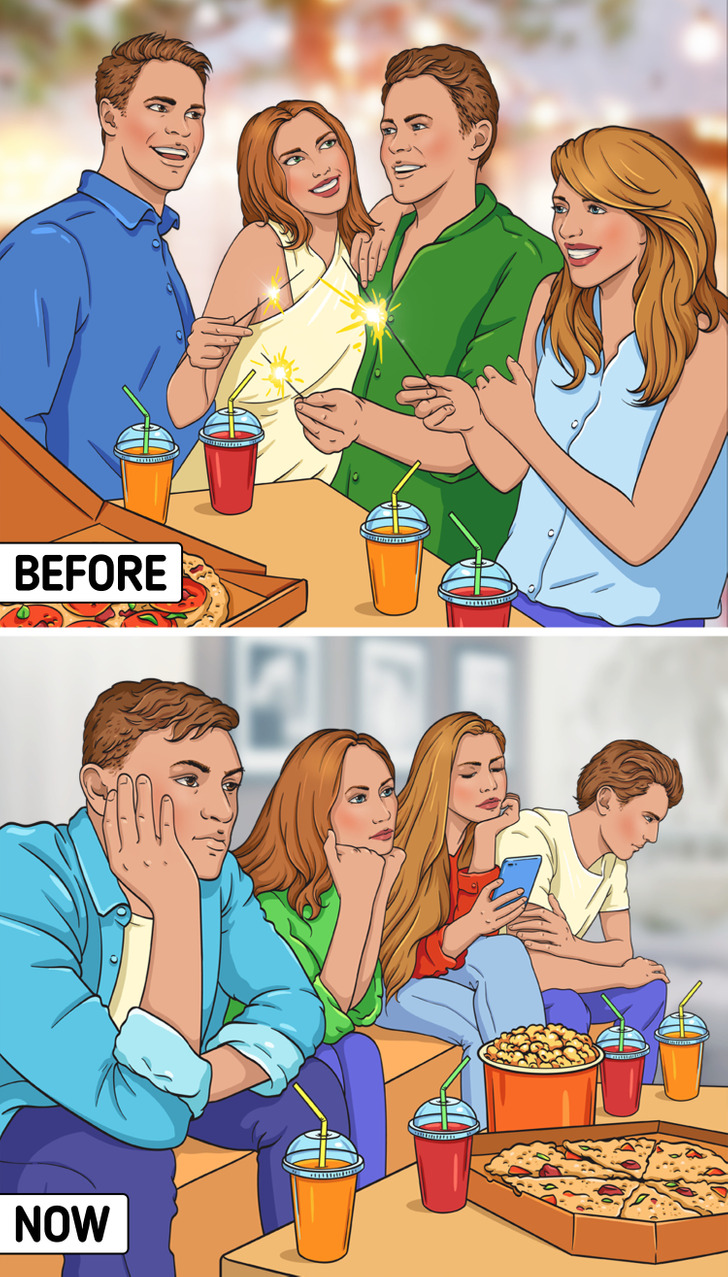 In these situations, your partner’s best friends will usually know of their infidelity long before you do. Or maybe your own friends know or suspect something, but are not saying anything just yet. If that’s the case, their behavior might change around you, and they might have a hard time looking you in the eyes. They might be acting all weird and unnatural around you when they used to be all fun and excited.

You can confront them and ask them what the matter is. Chances are they won’t be able to keep the secret any longer and talk to you.

5. They spend money without explanation. 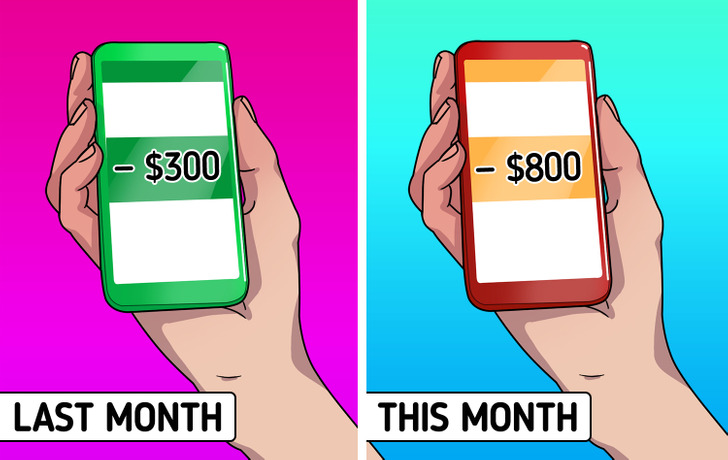 Many couples have joint accounts, so they can control their expenses together. When you start noticing that your partner is withdrawing a lot more cash than they used to, it’s only natural that you wonder why. You can ask them, but you will most probably get an angry response or a very vague or fake explanation. You might also notice that they take “business” trips more often, and they come back home with brand-new clothes and other accessories.

6. They don’t confide in you like they used to. 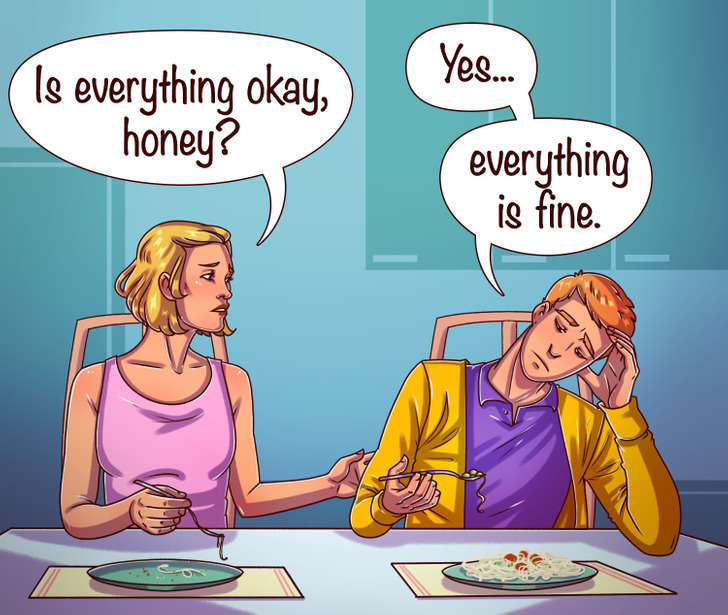 A good partnership means that both of you tell each other your everyday struggles and vent about everything that bothers you. When you have that for a long time and suddenly your partner stops talking to you about their problems, that could be an indication of infidelity. They might have found someone else to talk to about these things, and you are not their security blanket anymore. Even if they are not cheating, emotional infidelity is also a possibility and can be quite hurtful.

7. They make you doubt yourself. 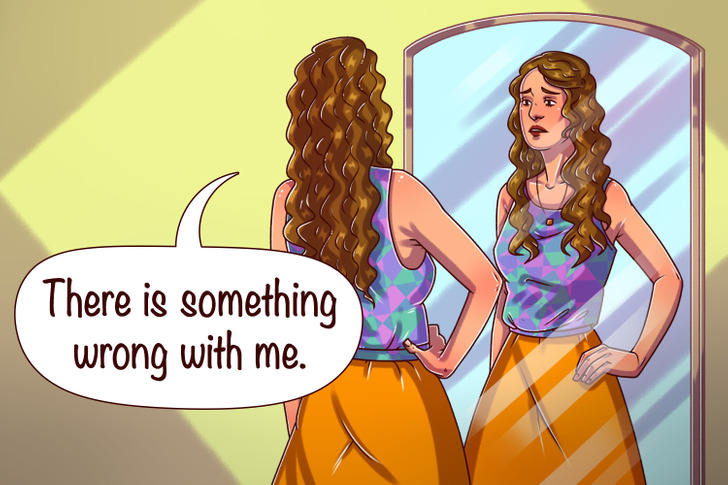 What some people who cheat do is try to make their partners feel like they are not enough anymore. They might put you down a lot and make you feel like you are crazy for thinking that they are cheating. This is a form of gaslighting, where they know they are wrong but try to spin everything on you to make you doubt yourself.

Maybe this is a trick of theirs to lay the foundation for when their affair comes to light. This way, they will have already paved the way to make it look like it was your fault that they cheated, since they had no other choice.

8. You have trouble contacting them. 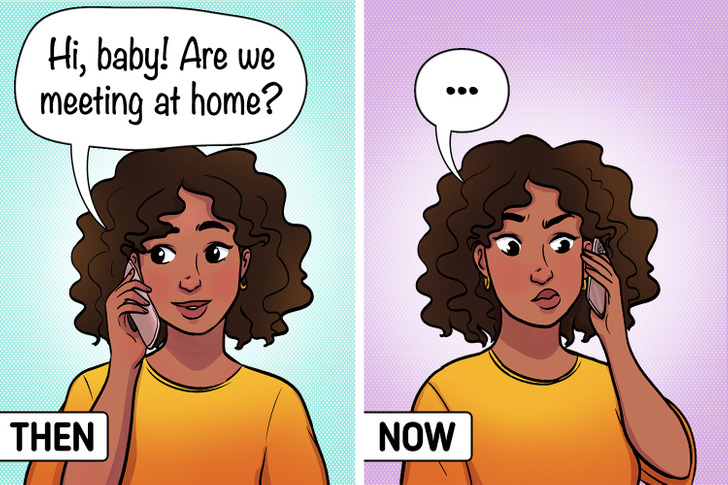 Being able to contact your partner during the day is important for any relationship. Of course, there might be times when they are busy and can’t pick up their phone to text you back or call you. However, when these occasions become more and more frequent, you should be skeptical, especially if they suddenly have to work late and are always in a meeting or their phone dies all the time.

9. They suddenly change their appearance or care too much about it.

When your partner has found someone they are having an affair with or want to appeal to, they might start taking care of their appearance more. They might start hitting the gym and eating healthier or dressing snappier when all they would wear before was sweatpants and jeans. They might also start wearing new expensive perfume and get a new haircut after 40 years of having the exact same hairstyle.

Now, people do change and that doesn’t mean that they’re having an affair, but in combination with all or some of the other signs, this could be an indication as well. That is especially true if they only apply those changes when at work or social events and never around you.

10. They aren’t annoyed by things that used to drive them mad. 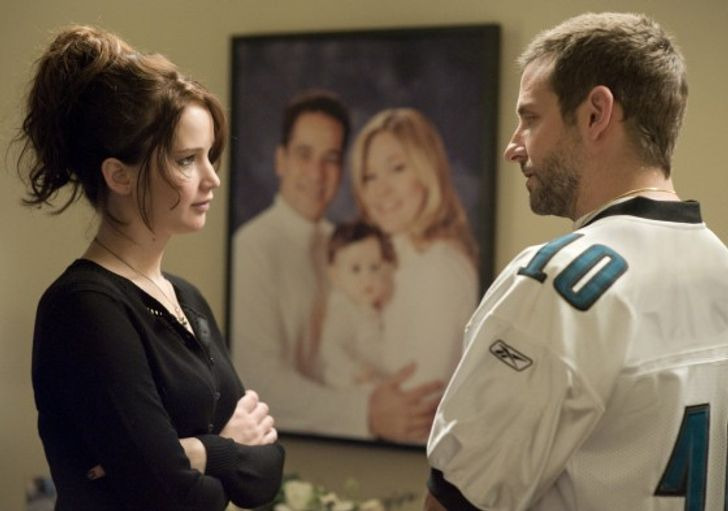 When couples fight or disagree about even the smallest of things, it’s usually because they care about their differences. They also want to talk about them to see if they can solve them or find a meeting point. However, when that effort stops and your partner just lets things slide, it might be an indication that they are emotionally distant and might be cheating.

For example, if they used to get annoyed about how noisy you were in the morning, and now they don’t care at all, maybe they’ve checked out of the relationship. They don’t care about trying to change your ways, but they see those small irritations as possible ways out.

What other signs have you noticed when someone is being unfaithful? And how should the other person behave if they notice such changes?