The world has changed beyond recognition in the past 100 years, and it’s also true for people and their professions. Engineers are using computers now, swimmers wear more open suits, figure skaters have developed their skills even more, and opera singers don’t wear crinolines anymore.

The first and only 3-time Olympic champion in women’s singles, Sonja Henie, in 1928, and figure skater Rika Kihira at the 2019–20 Grand Prix of Figure Skating Final 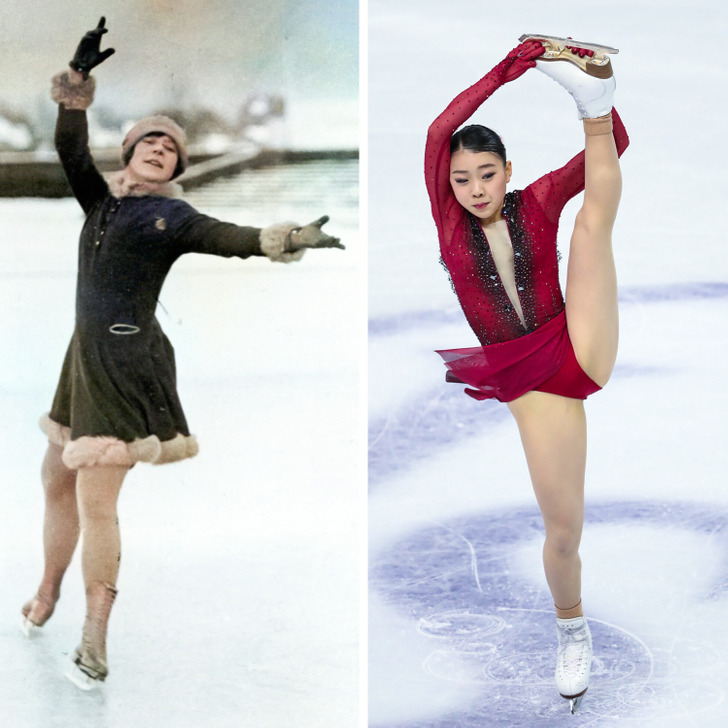 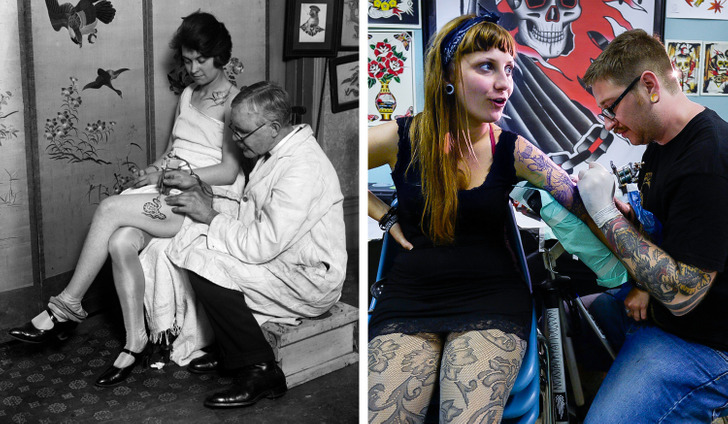 Annette Kellerman wearing a swimsuit designed specifically for sports swimming (some people thought it was too open), and the photo on the right is of a Mexican synchronized swimming team member. 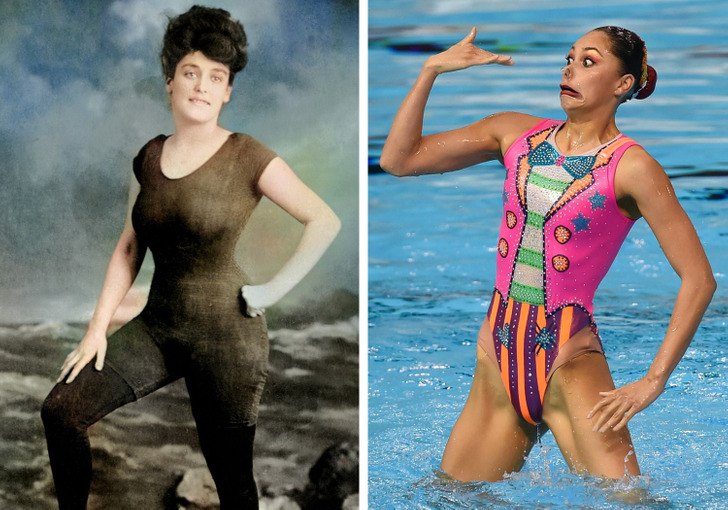 On the left is Primo Carnera, the first Italian World Heavyweight Champion. On the right is Laila Ali, a boxing World Champion and the daughter of Muhammad Ali. 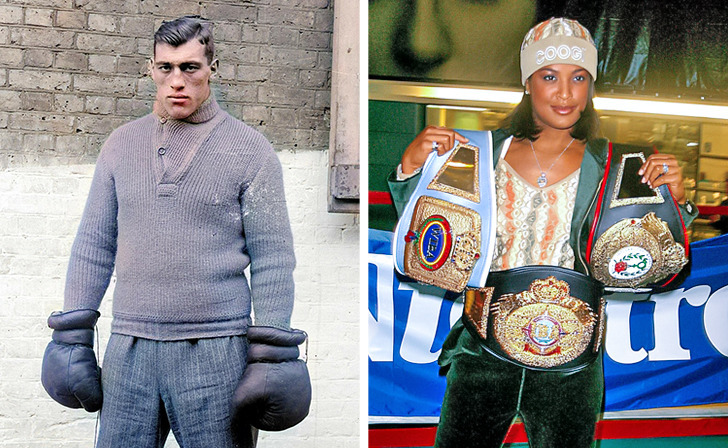 An office employee in 1930 vs one today 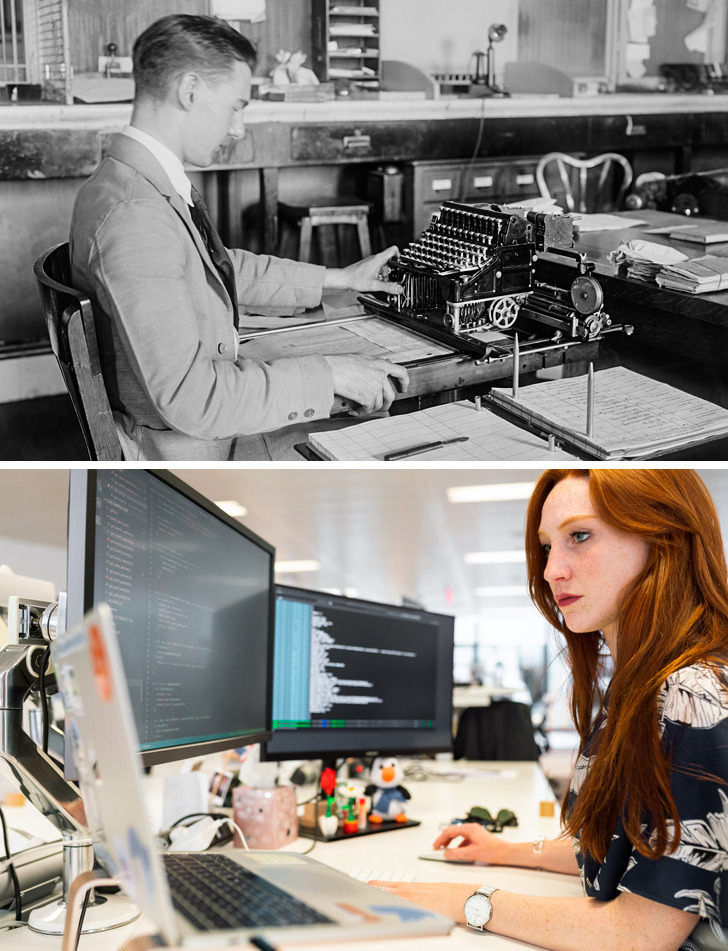 Archaeologist Howard Carter, who discovered the tomb of Tutankhamun, and his modern colleague 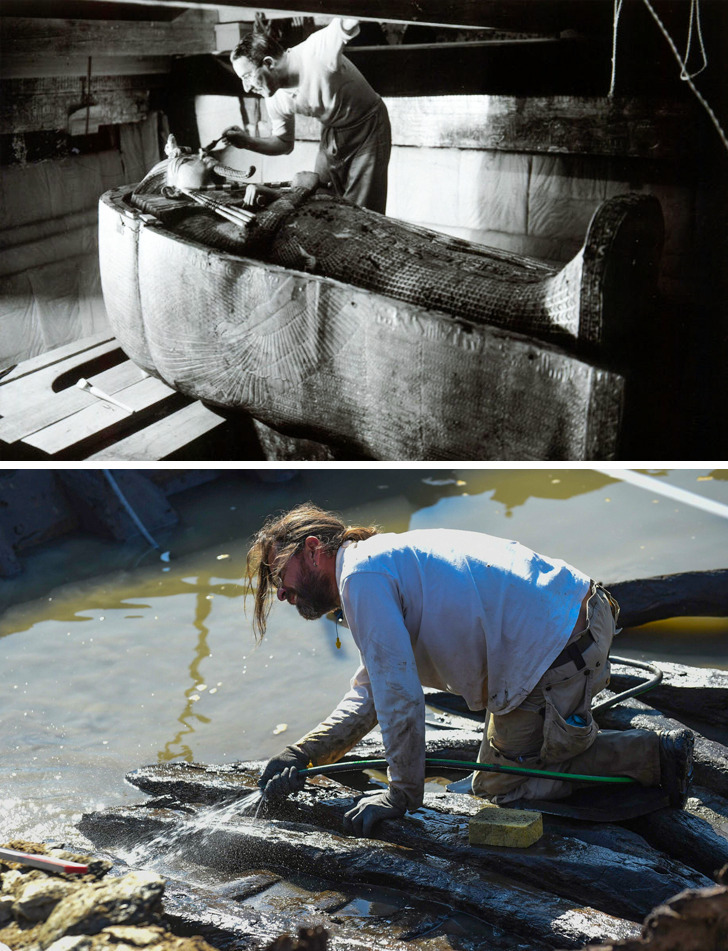 A nurse in 1925, and her colleague in modern times 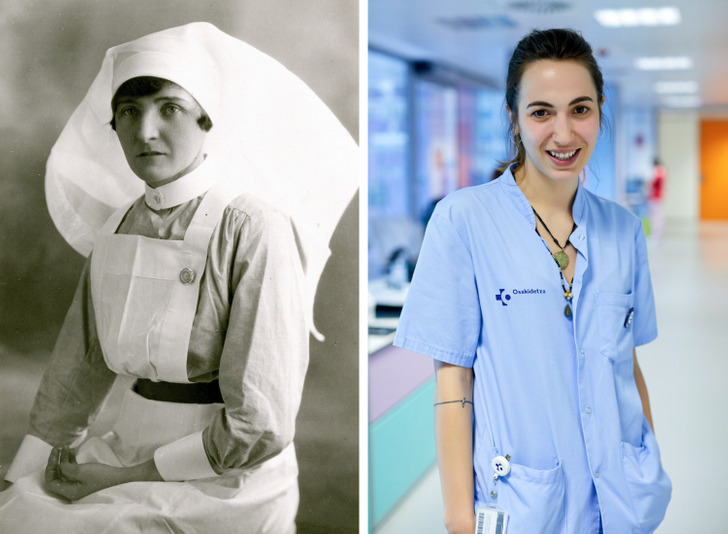 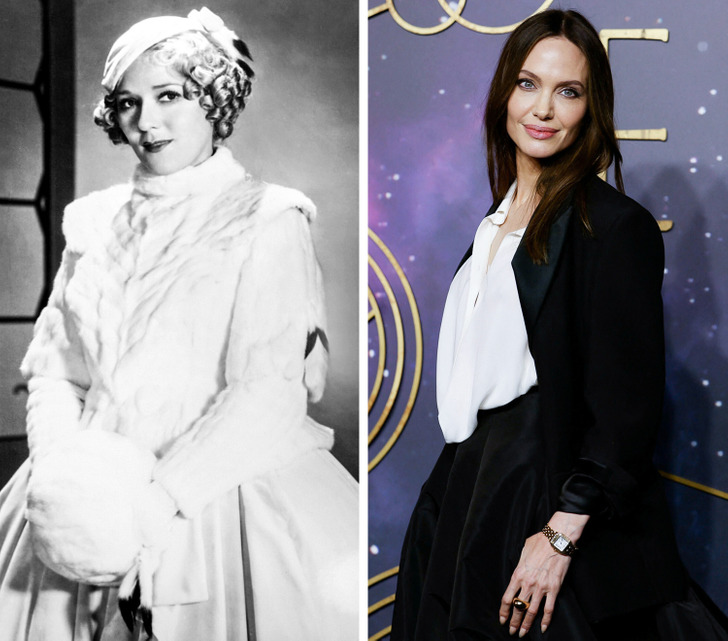 A train crew in 1934, and a modern person controlling a train 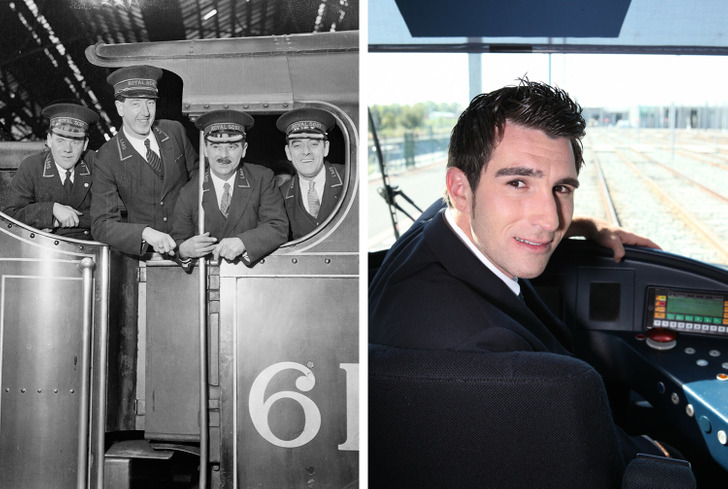 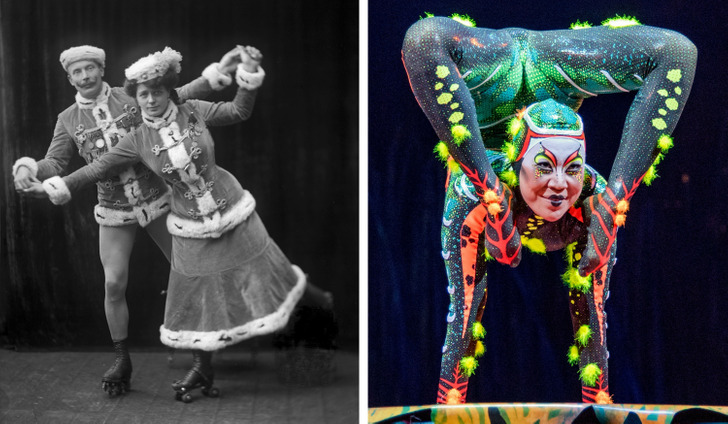 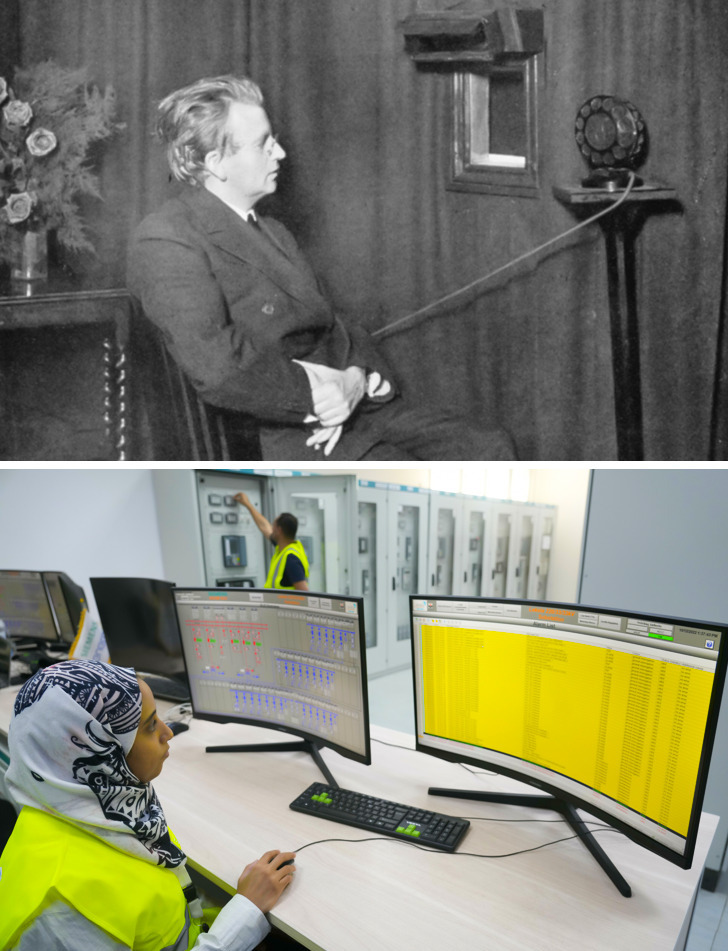 Air traffic controllers in 1922 vs today 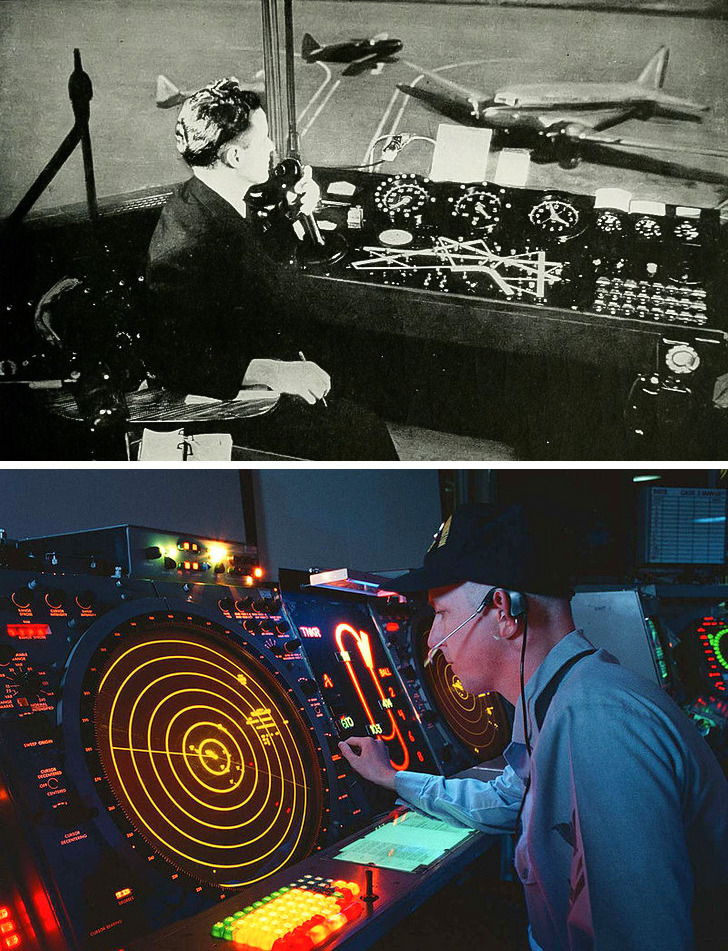 A photographer in 1921, and one today 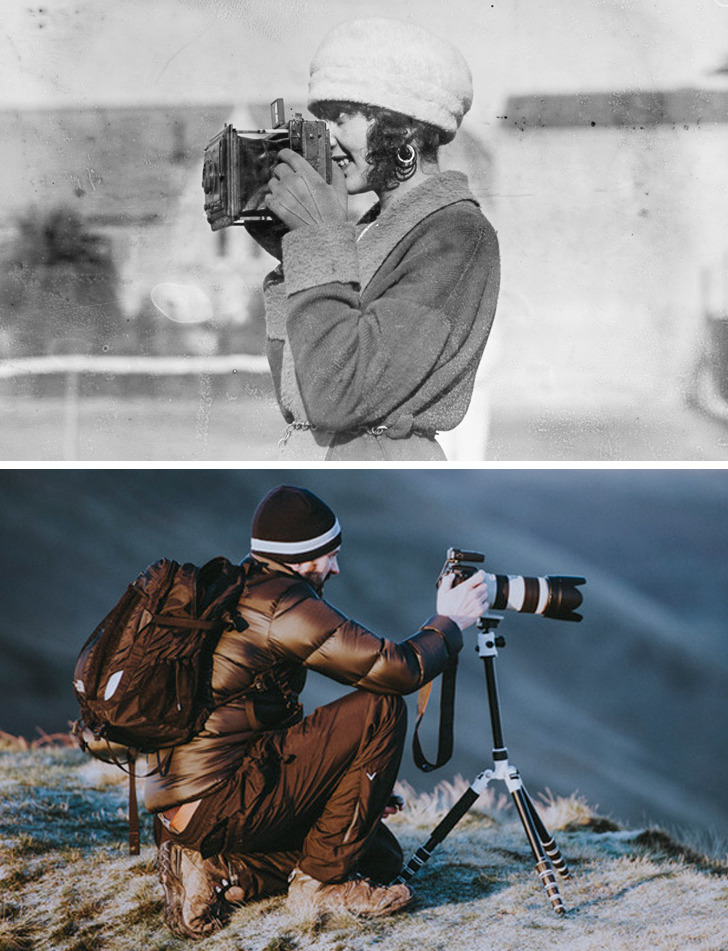 Meteorologist George Simpson is taking detailed measurements to predict the best conditions to travel to the South Pole. His modern colleague is gathering data at a weather station in 2020.

Opera singer Lina Cavalieri at the beginning of the twentieth century, and her modern colleague, Tarja Turunen 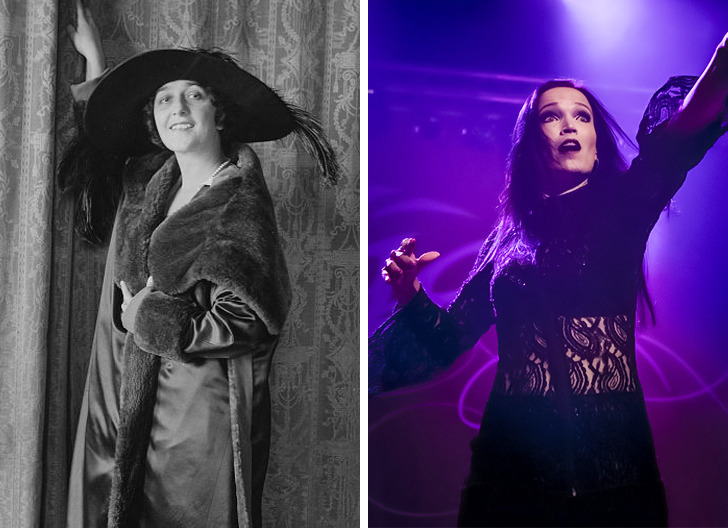 How much has your profession changed over the past 50-100 years?