Many post-Soviet states and Eastern block countries of Europe are still littered with numerous statues and monuments commemorating the Soviets. And even though more and more countries are choosing to tear down the monuments of their former oppressors, some are choosing to keep them, despite the disapproval of the people. Such is the case with the Soviet Army monument located in Sofia, Bulgaria.

The massive monument was built back in 1954 while Bulgaria was still under communist rule. Nowadays, many Bulgarians, especially the young generation, see it as a monument to former oppressors, leading to it getting periodically vandalized.

Back in 2011, artists painted the monument to look like American pop-culture characters 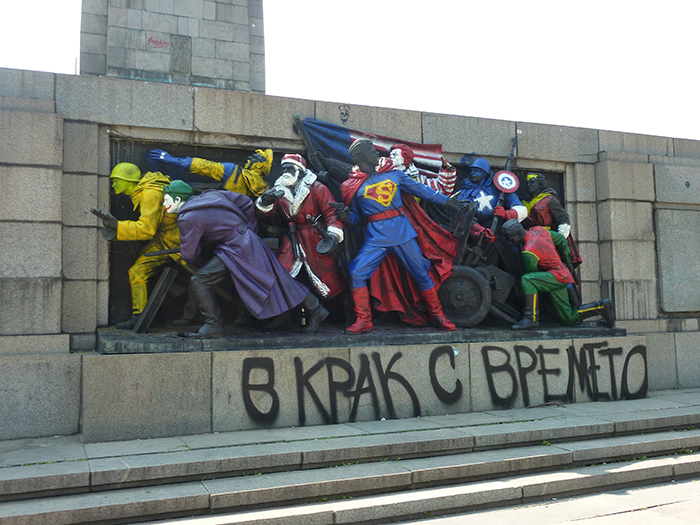 The “makeover” was created by Destructive Creation, an anonymous group of artists. The soldiers were transformed into various colorful characters, including Wonderwoman, The Joker, Superman, and even Ronald McDonald. The phrase under the sculpture translates to “In pace with time”.

A year later, the monument was vandalized once again and the soldiers were given balaclavas as a sign of support for Pussy Riot 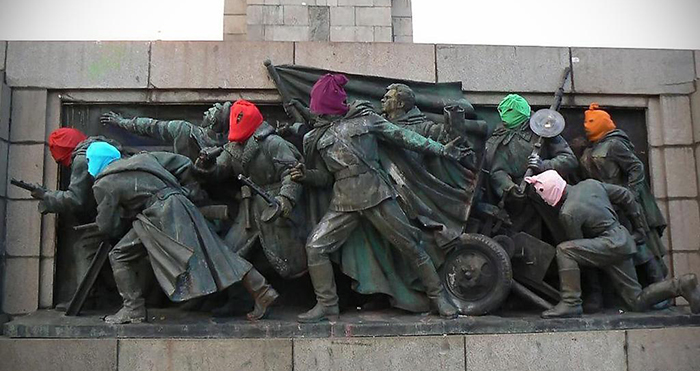 To many peoples’ dissatisfaction, three members of the Russian punk rock band Pussy Riot were sentenced to two years’ imprisonment each back in 2012. Brightly colored balaclavas, the signature sign of the band, were placed onto the soldiers’ heads.

In honor of the anniversary of the Prague Spring in 1968, the monument was covered in pink paint back in 2013 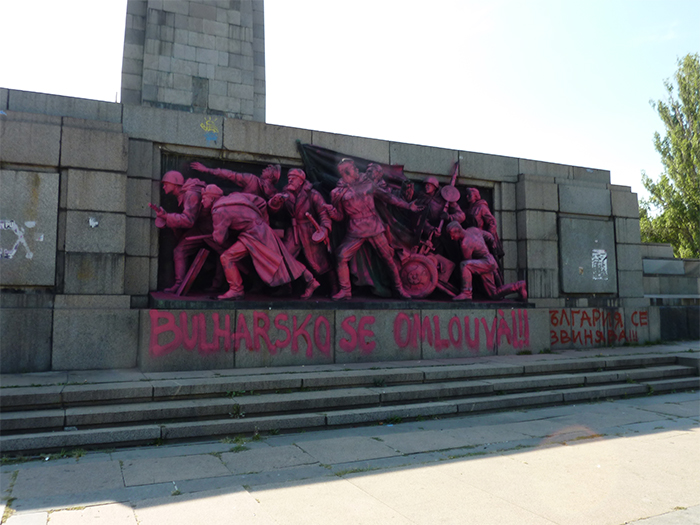 The color pink wasn’t chosen by accident – it’s a reference to the Monument to Soviet Tank Crews in Prague that was painted pink by Checz artist David Černý back in 1991. The text under the monument translates to “Bulgaria apologizes.”

In 2014, the monument was painted blue and yellow in support of the Ukrainian Revolution

One of the soldiers of the monument was painted blue and yellow to show support for Ukraine following the Euromaidan protests. The phrase “Glory to Ukraine” was written in Ukrainian under the monument.

This is how the monument looks when it’s not vandalized

People had mixed opinions about these acts of vandalism 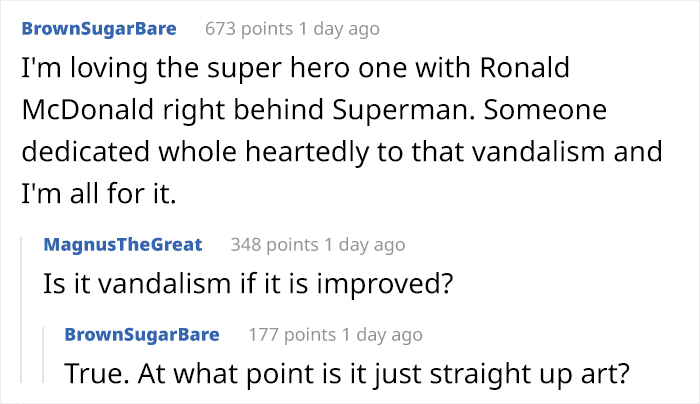 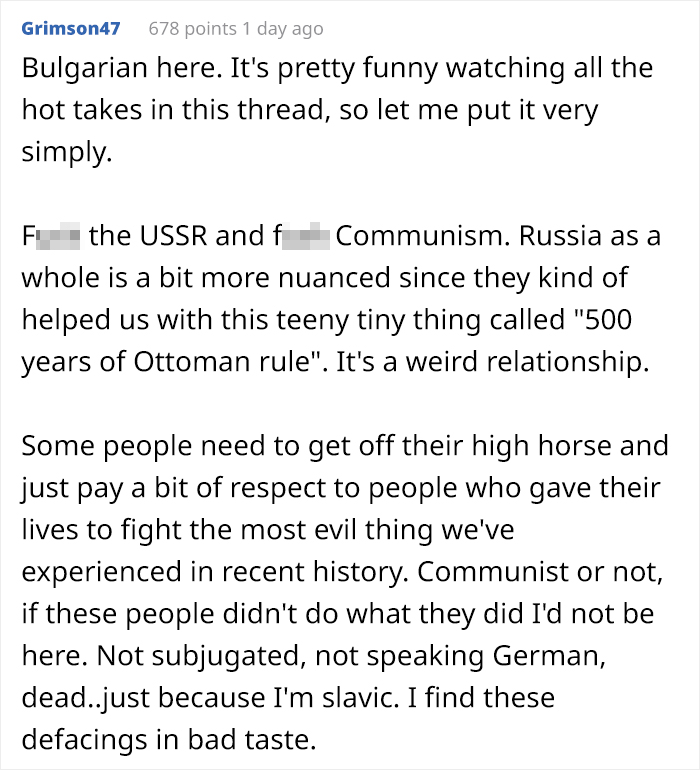 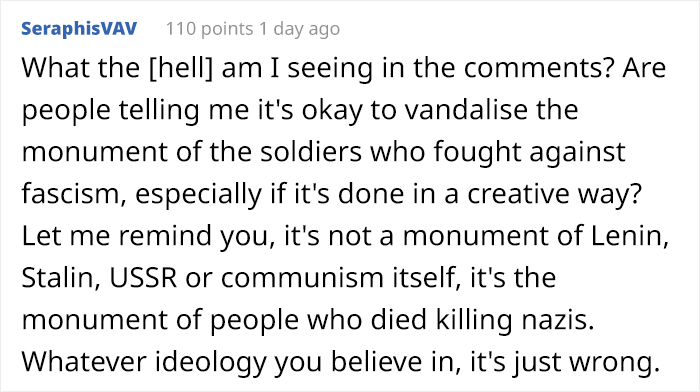