It was not her goal to show her goodness to the whole internet, but this wonderful gesture was recorded by the camera.

The camera that is there to record the entrance of a cafe recorded a very nice gesture of this lady.

She saw a dog lying on the floor freezing, so she decided to give him her scarf to keep warm. 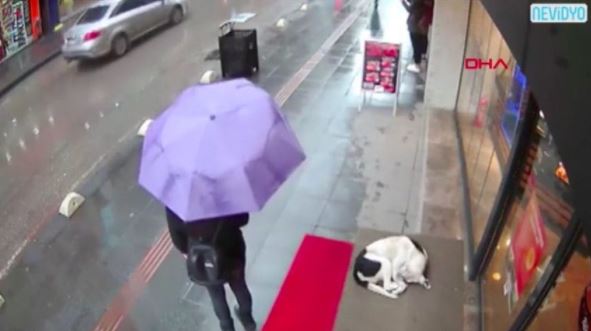 Many people would not even notice the dog, let alone help him in any way. Fortunately, this lady has a big heart.

She deprived herself of comfort and warmth to provide for this helpless dog. 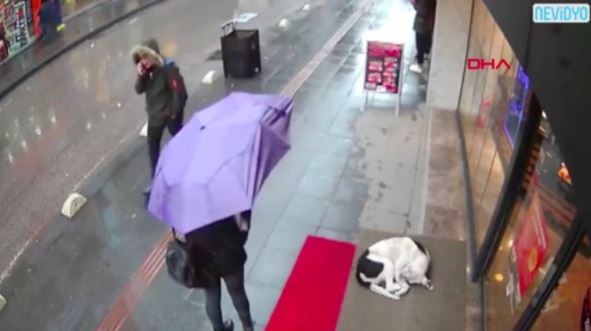 Her conscience wouldn’t let her go as if she hadn’t seen him, so she decided to do something. 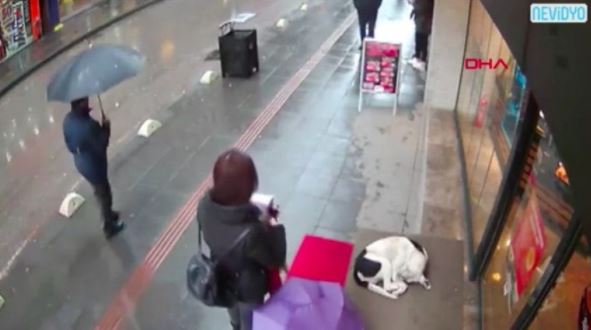 She handed him the scarf and left when she was sure he was better now. 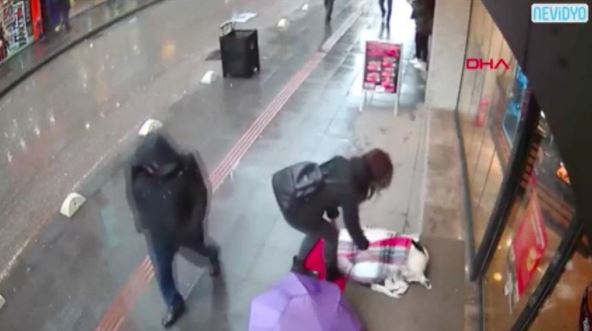 We sincerely want as many people as possible to see this and to emulate her and her actions. 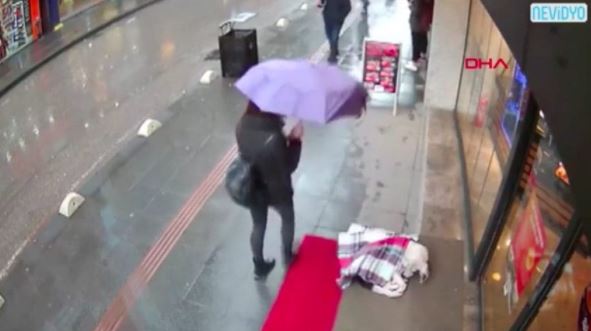 What this woman did was very short, but it meant a lot. A lot of people saw this wonderful gesture so someone recognized who it was. 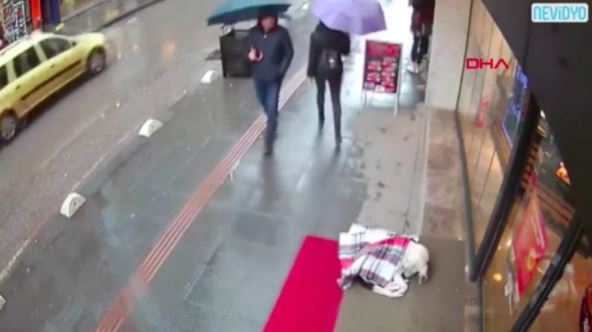 Duygu Elma, this is a person who is deservedly called a hero on the internet. She wasn’t even aware that so many people would praise and support her, but she really deserved it. 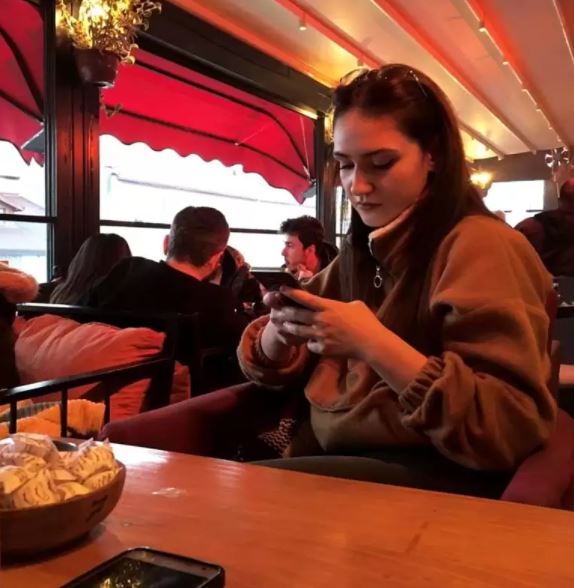 She told The Dodo that she was not aware of how much attention she had attracted with this small procedure. She was very surprised by everything. She says she just couldn’t get through and do nothing to help that dog in such cold weather.

She is from Turkey, and it is known that people from there love and appreciate all animals, including strays.