There are many moments from the past that got captured on camera but you might not have seen some of them. So today we have decided to share some of those beautiful, savage, and wholesome moments reflecting the lives of people from the past.

The Instagram account “A Slice Of History” is a storehouse of photos from the past. From gay couples to Freddie Mercury with his cats, scroll below to see some of the most fascinating lesser-known historical photos.

#1 Nasa’s Lead Software Engineer For The Apollo Program Margaret Hamilton, Stands Beside Her Hand Written Code That Sky-Rocketed Humanity To The Moon | 1969 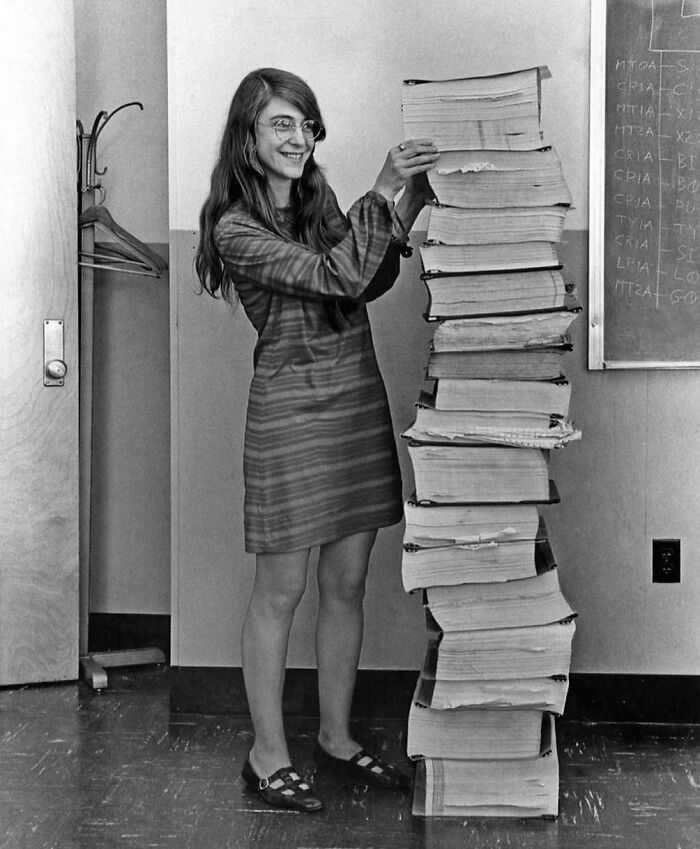 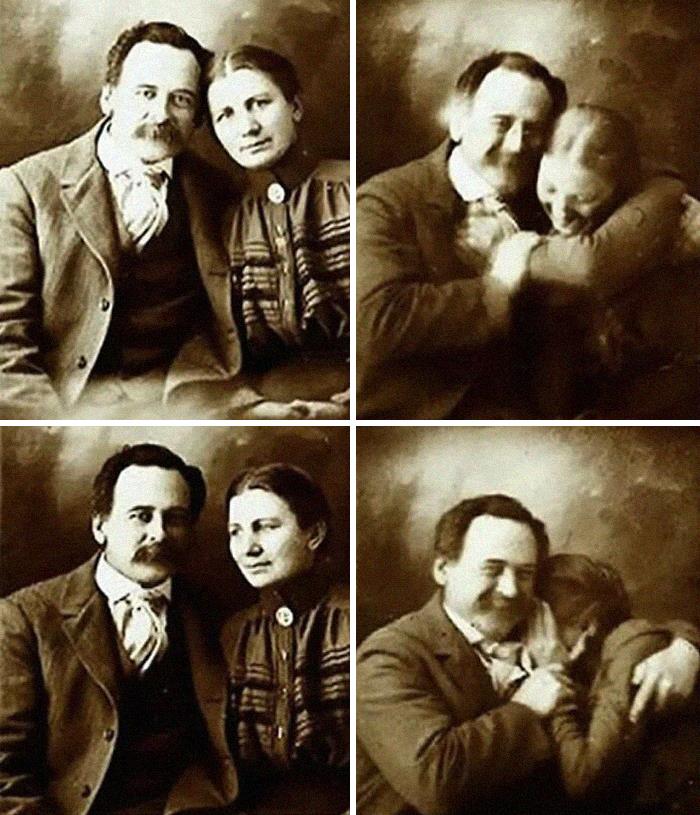 #3 ‘No One Is Born Racist’ Photograph By Todd Robertson. A Boy Dressed In A Kkk Robe And Hood, Curiously Touches The Shield Of A State Trooper During A Kkk Rally | Gainesville, Georgia, 1992 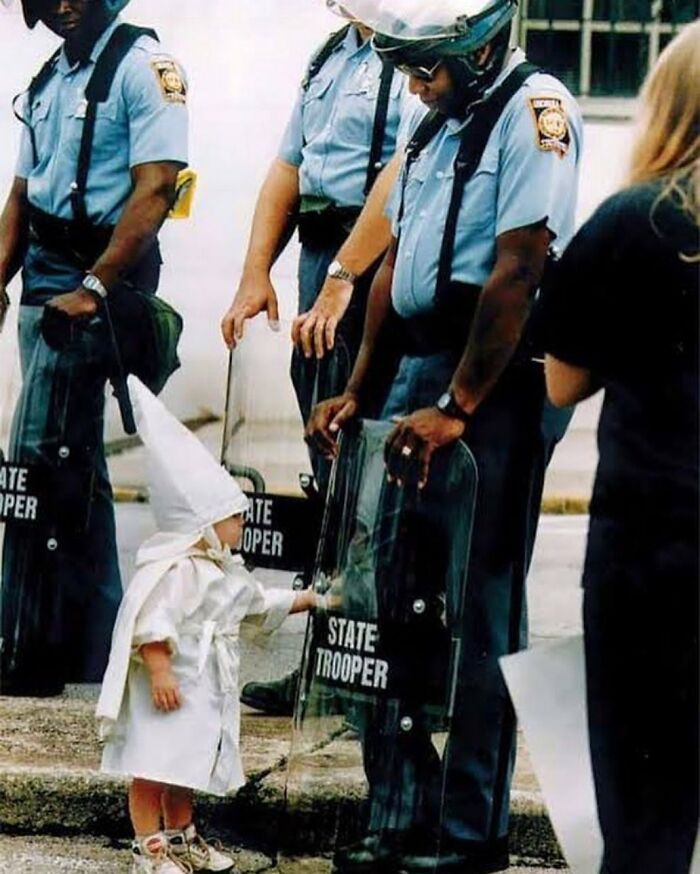 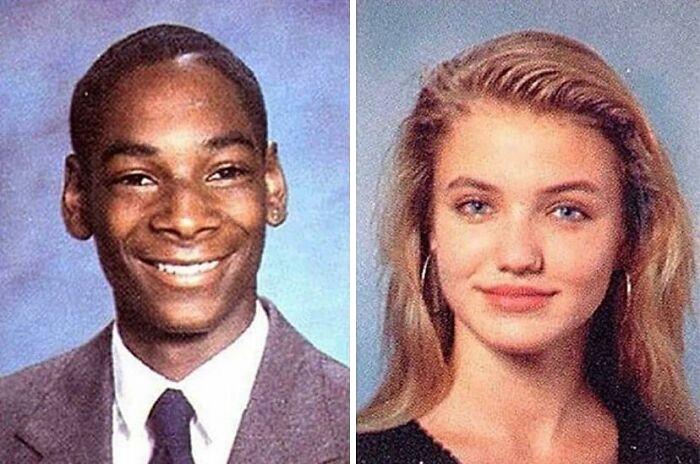 Diaz recalled, “We went to high school together, he was a year older than me….. He was very tall and skinny and wore lots of ponytails in his hair and I’m pretty sure I got weed from him” 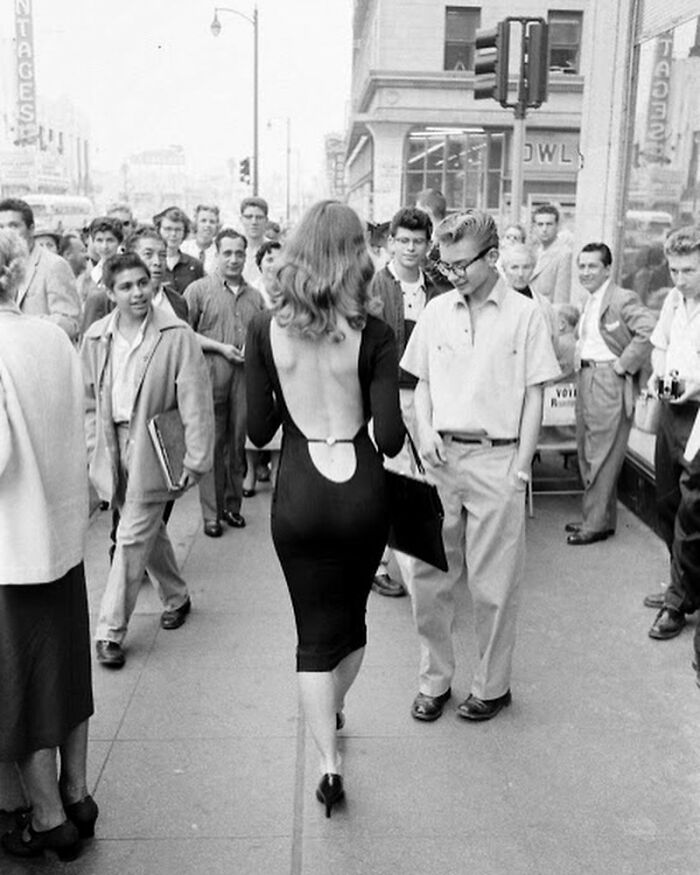 These photographs, in addition to the various ‘scandalous’ back bearing dresses she wore, awarded her the title ‘The Back’ in the 1950s | LA, 1957. Photographs by Ralph Crane // published by LIFE Magazine. 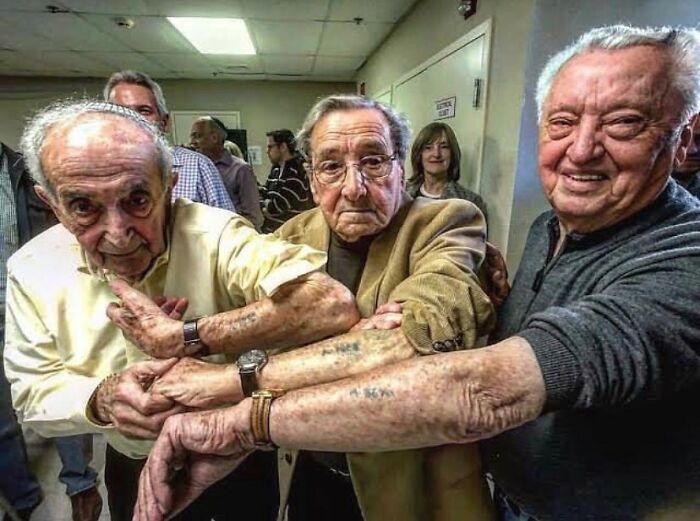 With tattoos 10 numbers apart, they survived and went on to build families, successful businesses and live prosperous lives // Photograph taken at the Late Eye Witness Project, 2019.

#7 When David Bowie Was Asked About His Greatest Achievement In Life He Stated, ‘Marrying My Wife’ 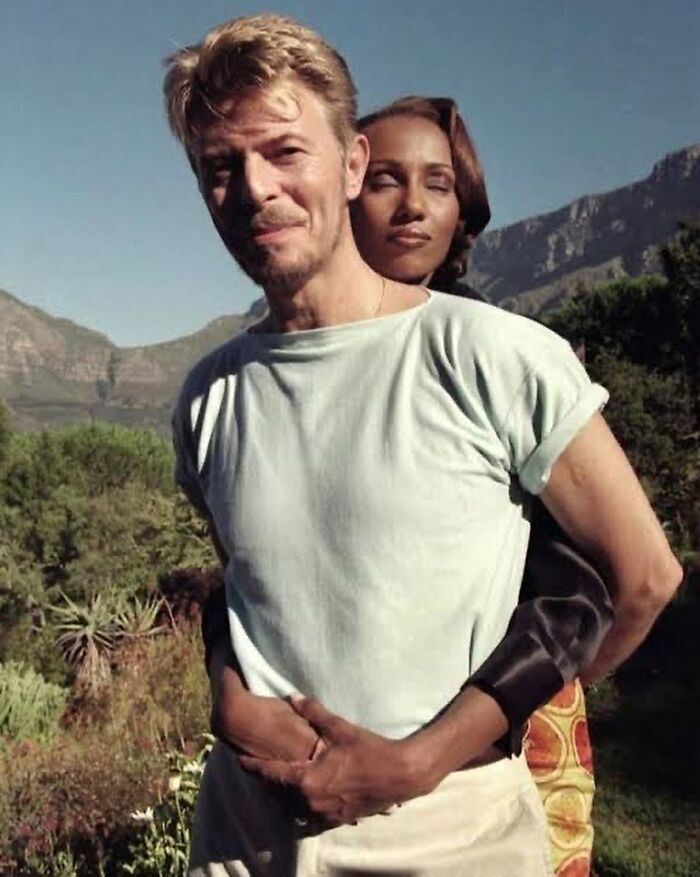 Writer Simon Witter prompted further, ‘But as a musician?’
David had replied simply, ‘Nothing else matters’.

#8 Barack Obama Playing With His Grandfather At The Beach, C. 1966 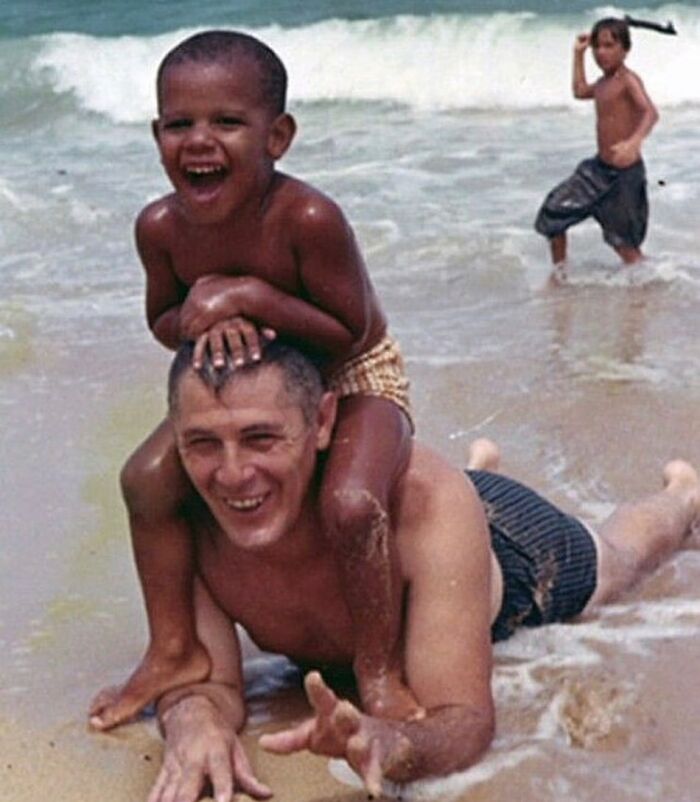 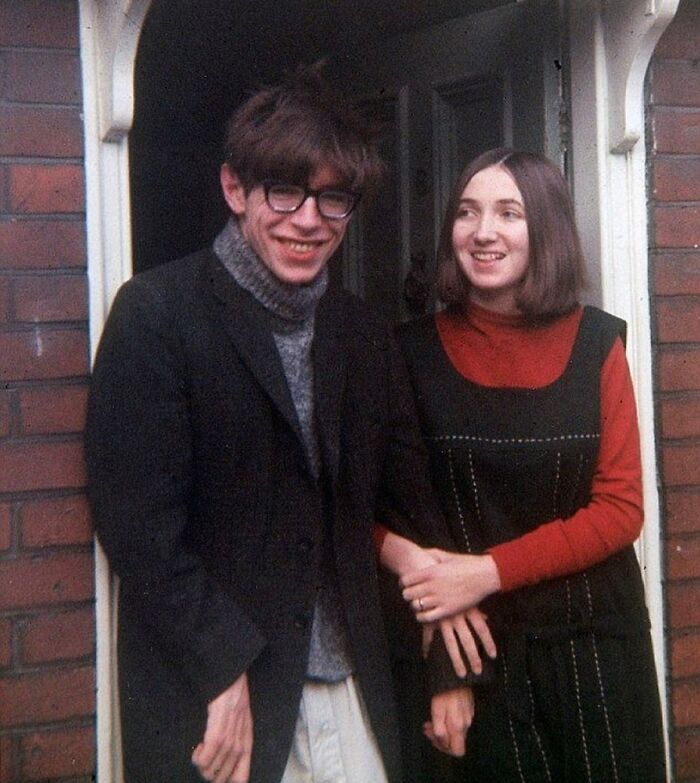 #10 The Famous Photo Of Major Terri Gurrola Being Reunited With Her Daughter After Returning From A Seven-Month Tour In Iraq | Atlanta Hartsfield-Jackson International Airport, 11 September 2007. Photograph By Loui Favorite 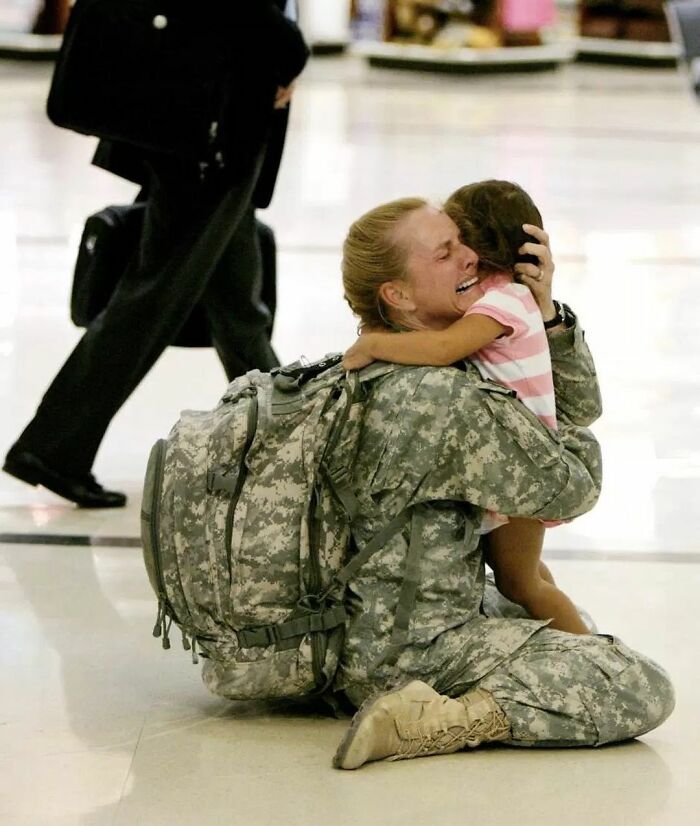 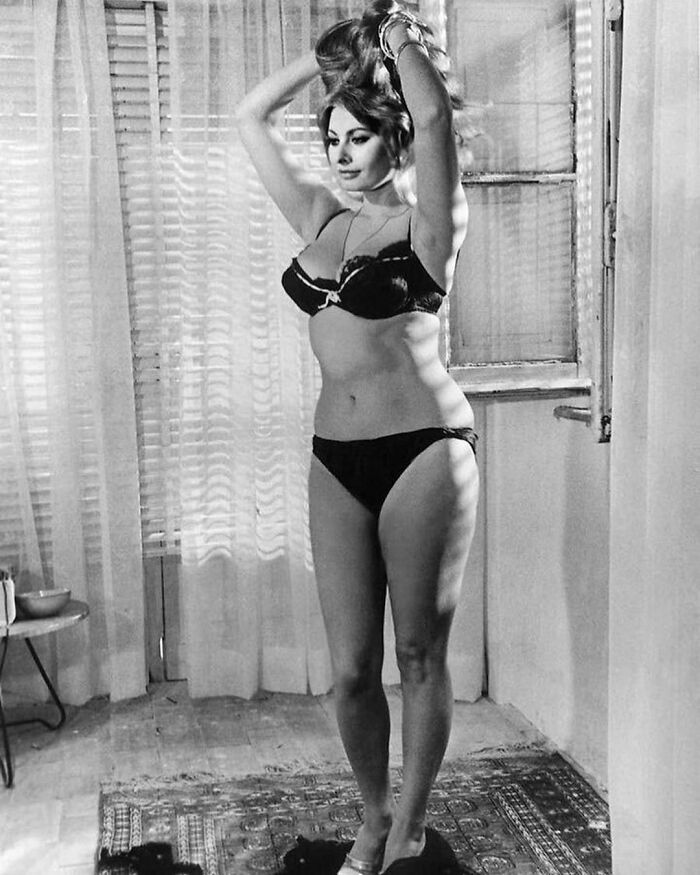 #12 An Enthusiastic Teacher Stands On His Desk To Explain The Physics Of Surfing California, 1970 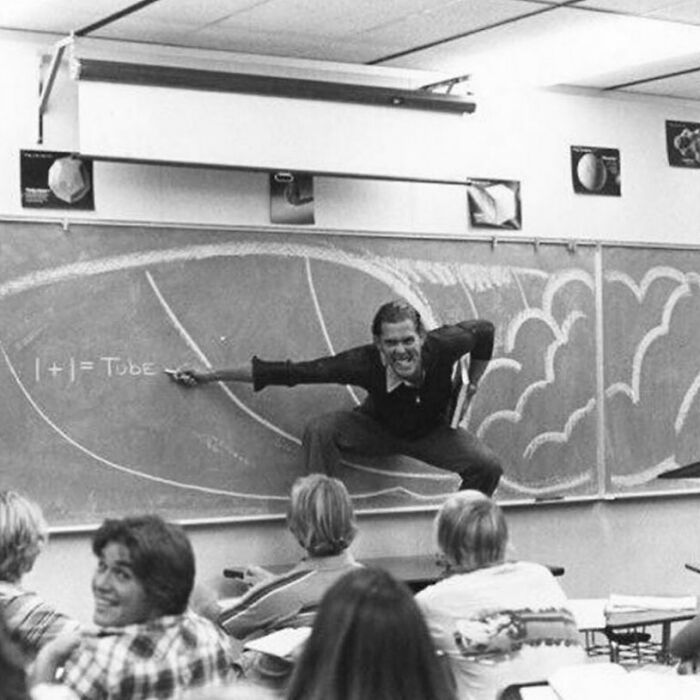 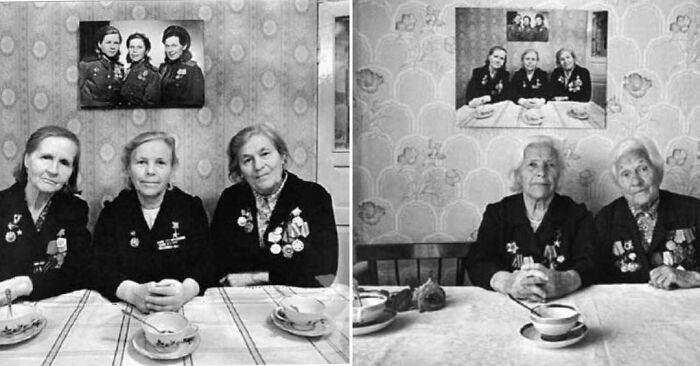 #14 The Rms Queen Elizabeth Pulling Into New York With Service Men Crowding The Decks, As They Return Home After The End Of Wwii // 1945 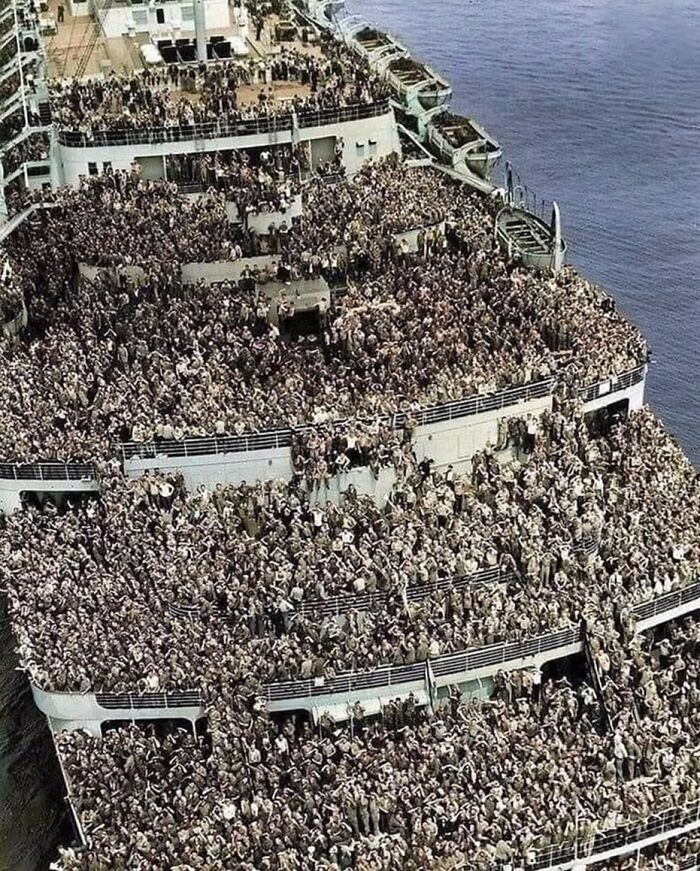 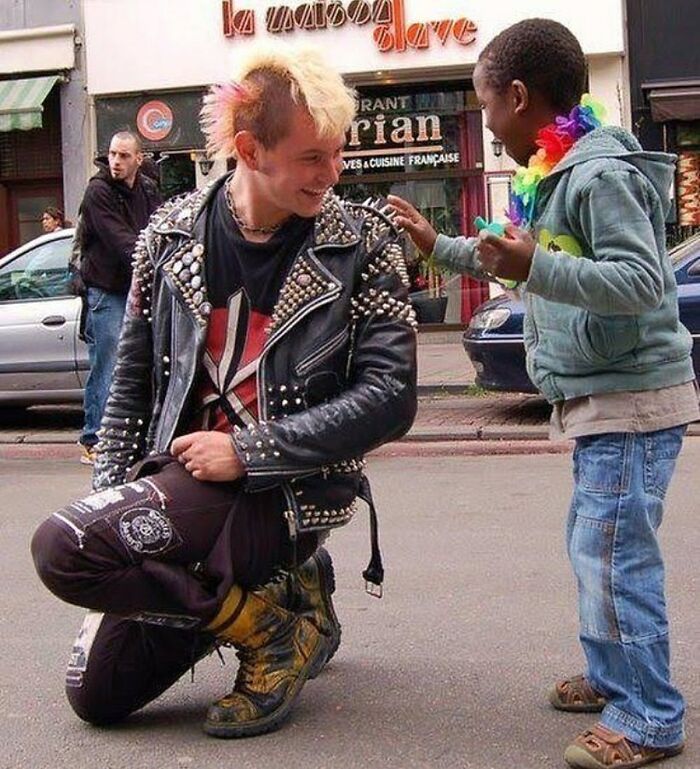 The encounter took place at a Pride event in Brussels, where a curious kid asked if he could touch the punk’s jacket to see if the spikes were as sharp as they looked. The punker knelt down, amused by the kid’s reaction, and they engaged in conversation before returning to the parade. 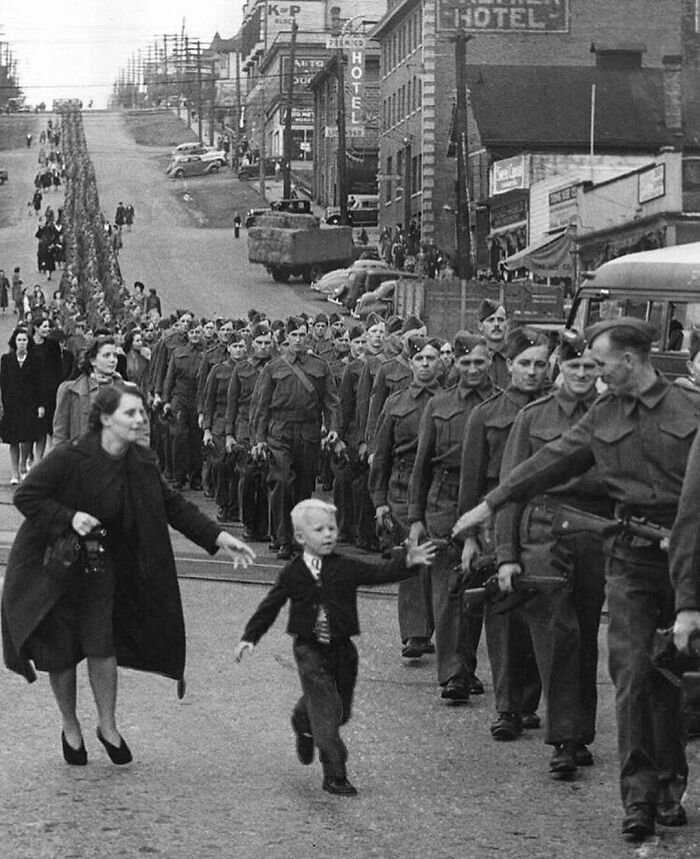 The father and son were reunited after Private Bernard returned home from w@r in October, 1945 as revealed in the second slide.

#19 Michelle And Barack Obama Photographed On Their Wedding Day // 1992 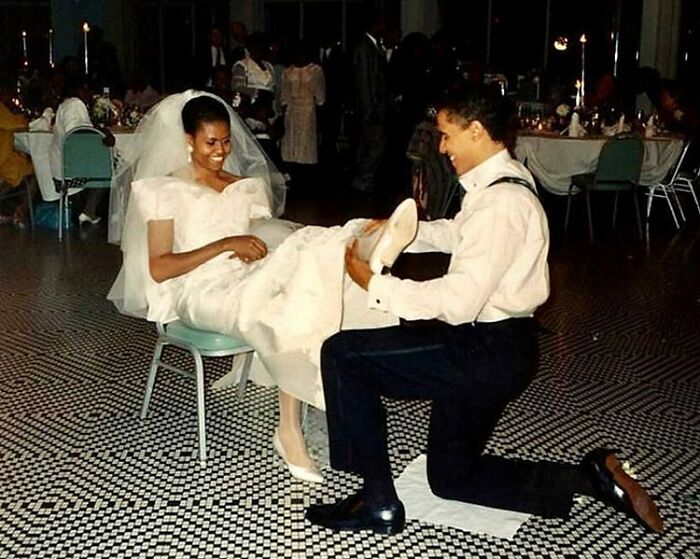 #20 Steve Irwin With His Daughter Bindi And A New Found Friend. Photograph By Hugh Stewart 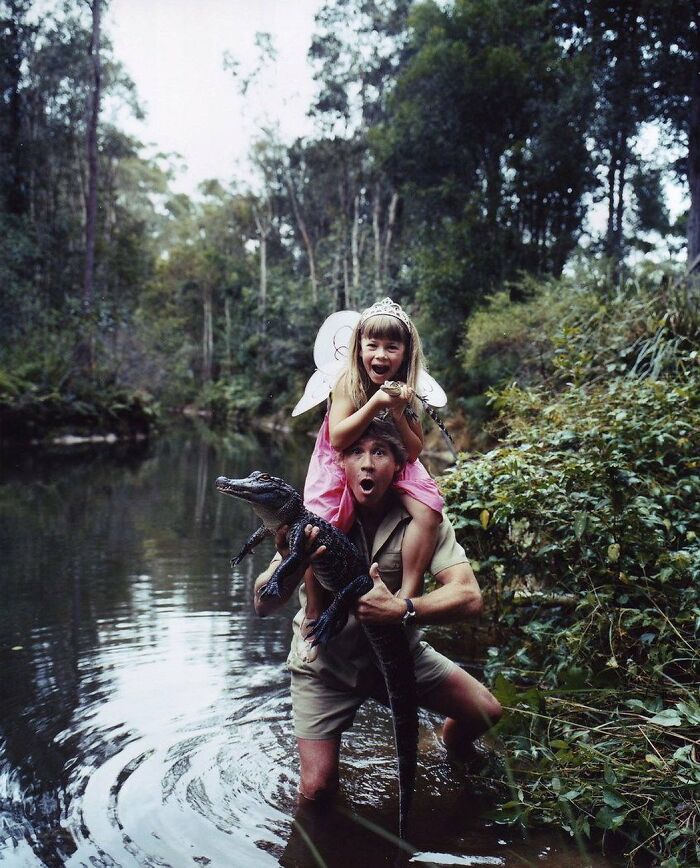 #21 Dolly Parton And Her Husband Carl Dean In The 60s. They Have Now Been Married For Over 55 Years 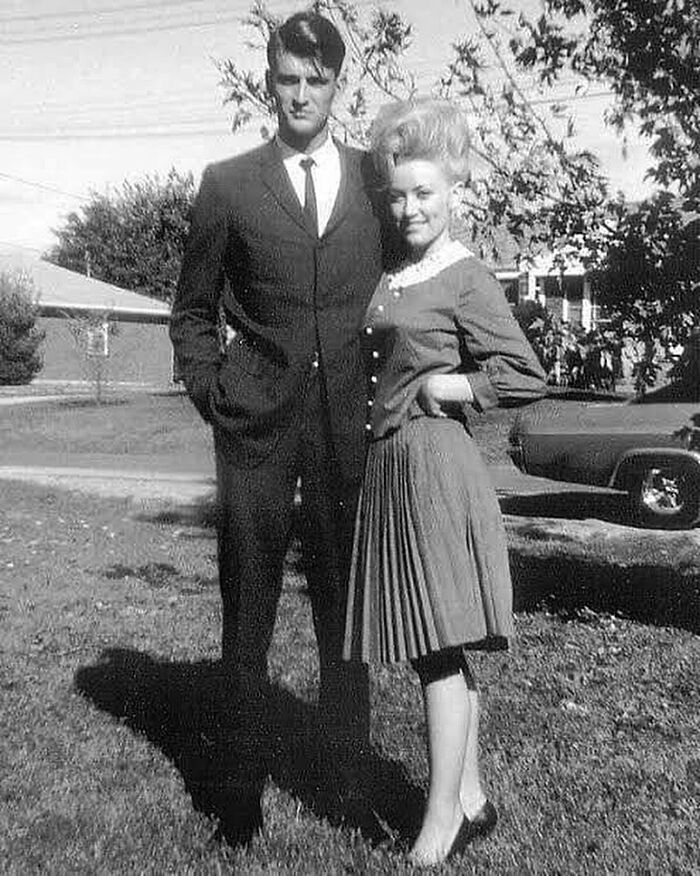 “He’s always loved who I was, and I loved who he was, and we never tried to change each other.” Parton

#22 Two Young Men Declare Their Willingness To Be Legally Wed To One Another Despite The Law Not Allowing Them To | C. 1900 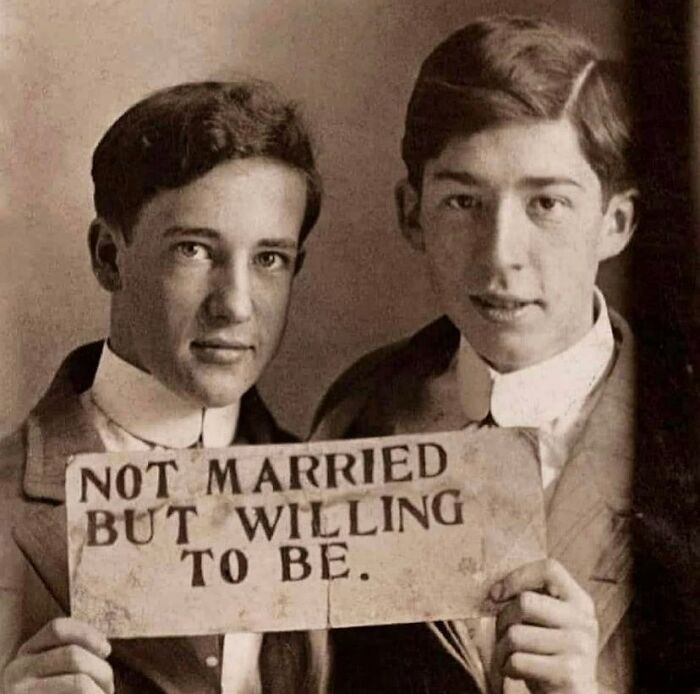 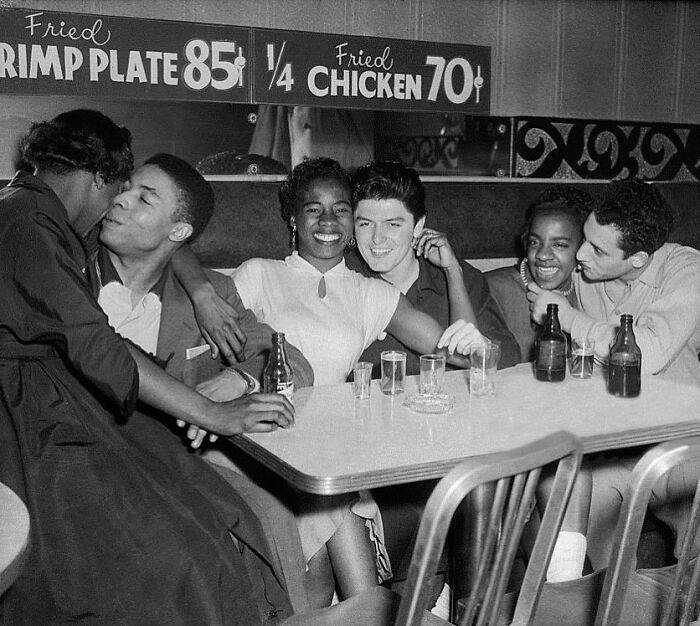 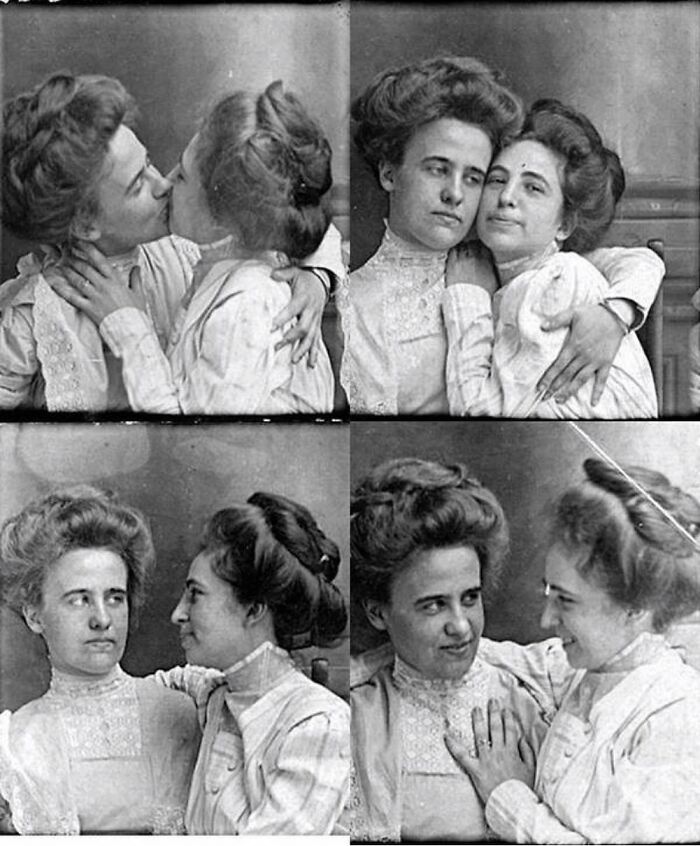 #25 During Wwii Jews In Budapest Were Brought To The Edge Of The Danube River Where They Were Forced To Remove Their Shoes Before B31ng Brut@lly Sh00t, F@ll1ng Into The River Below 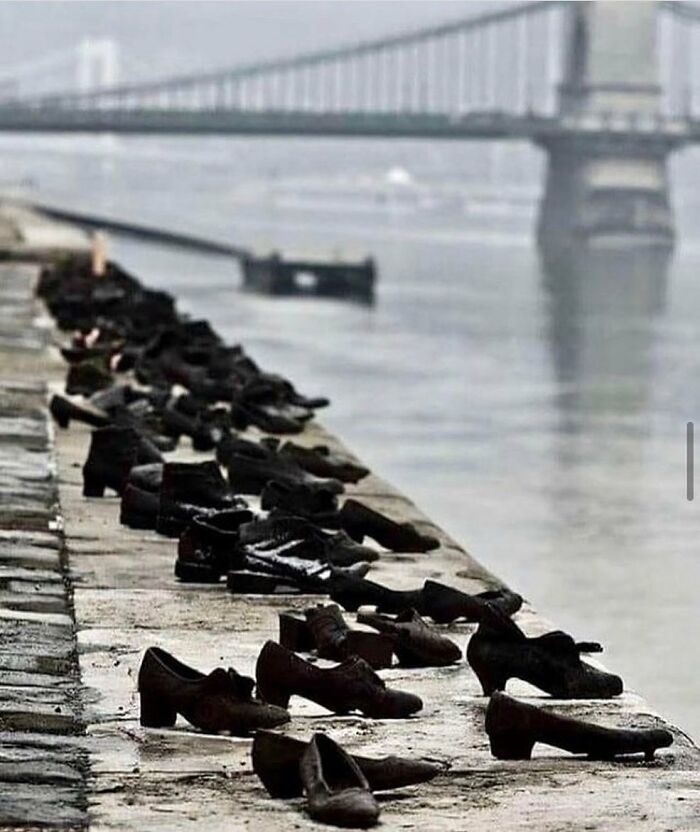 60 pairs of iron shoes now line the river’s banks as memorial to the victims.

#27 Anne Frank Photographed With Her Sister Margot At The Beach | Zandvoort, 1940 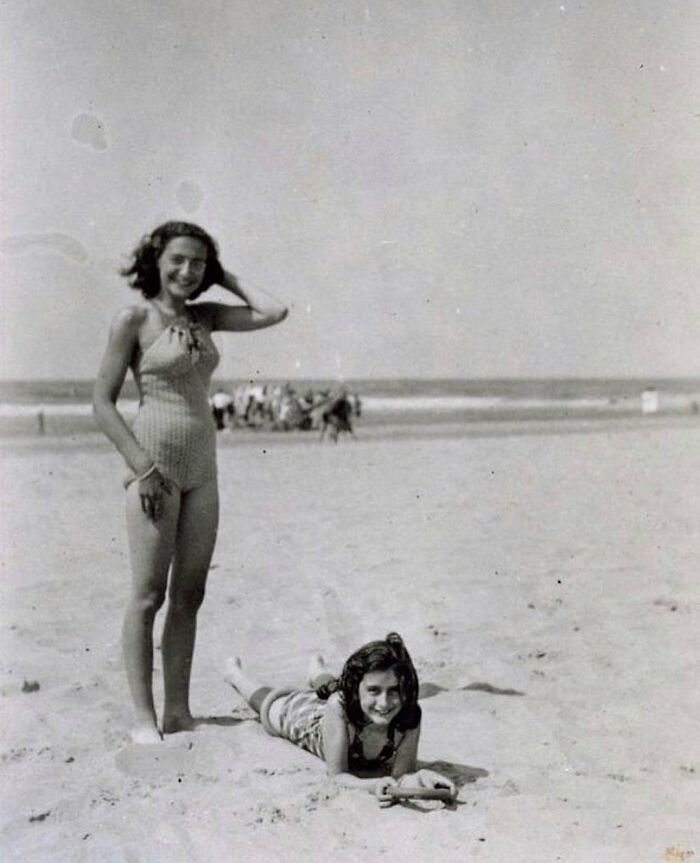 #28 Freddie And His Love For Cats 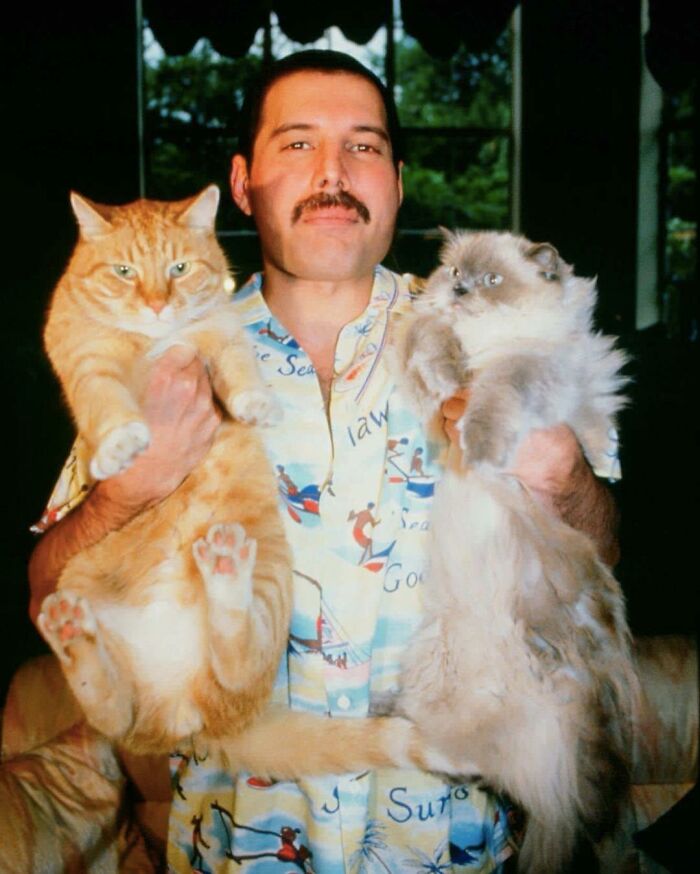 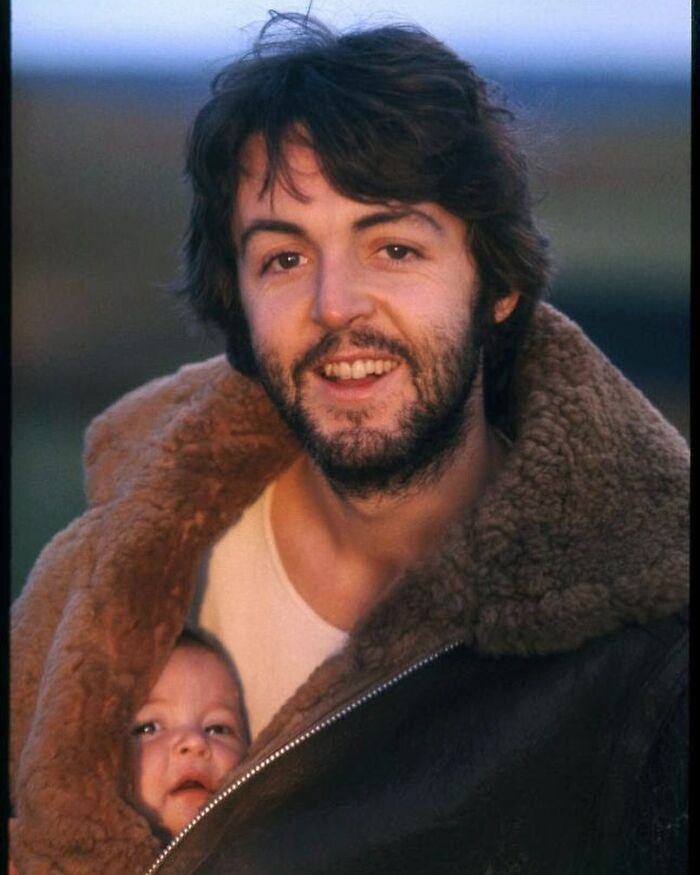