Venetian artist Livio de Marchi has spent his life combining his woodworking skills with his imagination to create incredible sculptures. With Noah’s Violin, he is marking life post-lockdown by creating a giant violin to float through the city’s canals. Symbolizing the rebirth of art, music, and culture in a new era, the violin set sail along the Grand Canal with musicians aboard who performed Vivaldi.

The violin is nearly 40 feet long and 13 feet wide and is inspired by one of de Marchi’s paintings. The artist worked with other local artisans, artists, and technicians to bring his vision to life. In the end, the group created a magnificent floating instrument that was able to support the weight of the performers who played music during a city-wide sailing parade.

After an initial test run in July, the official launch of Noah’s Violin was a success. In bringing together a wide variety of creatives, the violin was able to unite the city in a time of crisis, and the floating concert was the grand finale that de Marchi envisioned.

“Noah’s Violin, even before being launched, had accomplished its goal, which was to set in motion a system that saw the union of art, craftsmanship, technique, and, finally, city institutions,” wrote de Marchi’s gallery. This is not the first time that one of de Marchi’s sculptures has taken to the waters of Venice. Since the late 1980s, he has created several floating sculptures, including some modeled after classic cars that have “driven” on water.

It’s de Marchi’s hope that Noah’s Violin, which was built in pieces for easy transport and assembly, will be able to float along the waterways of different cities around the world. “It’s called Noah’s Violin,” the sculptor told a local newspaper, “because culture, art, and music can save the world by bringing a little piece of love everywhere.” 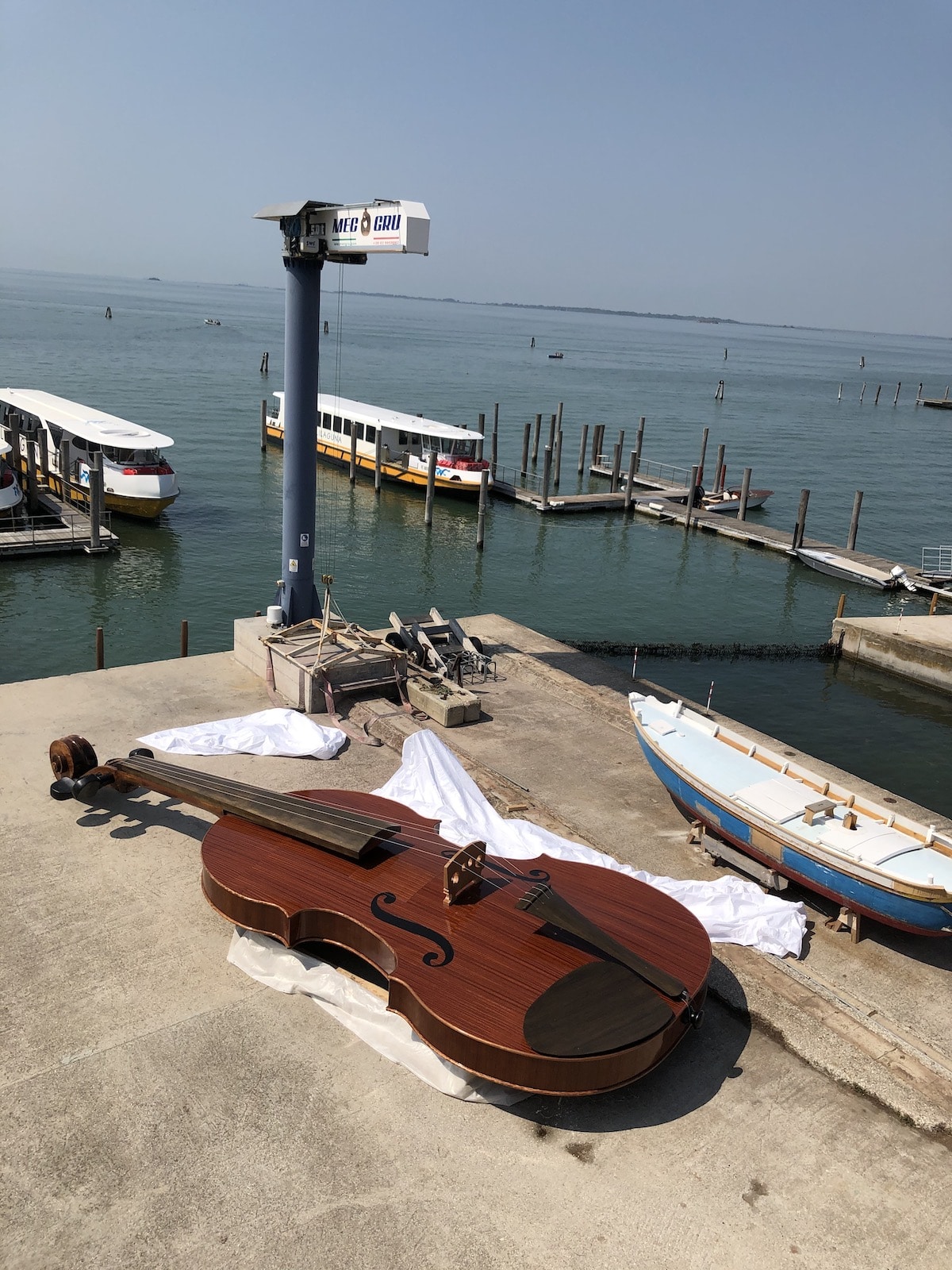 The piece was inspired by one of de Marchi’s paintings and is meant to symbolize a rebirth. 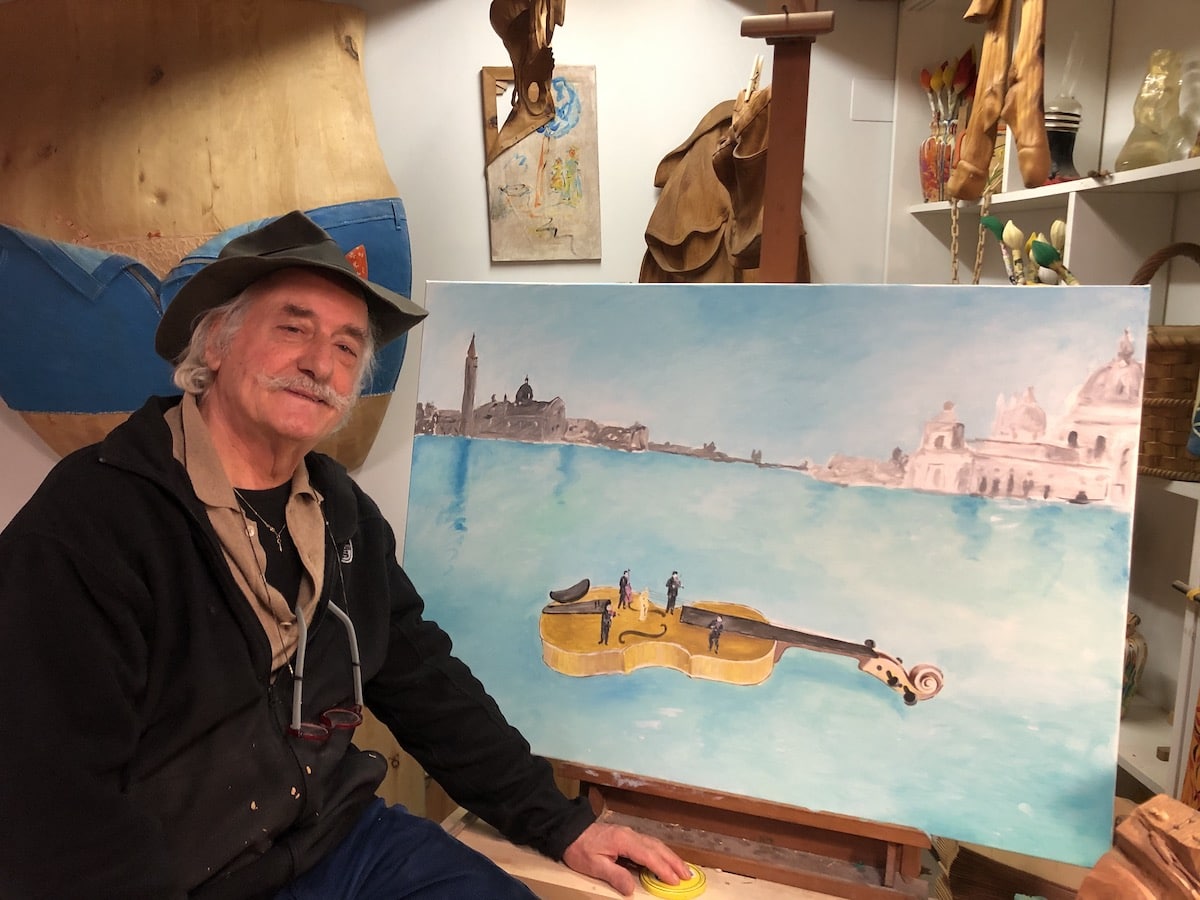 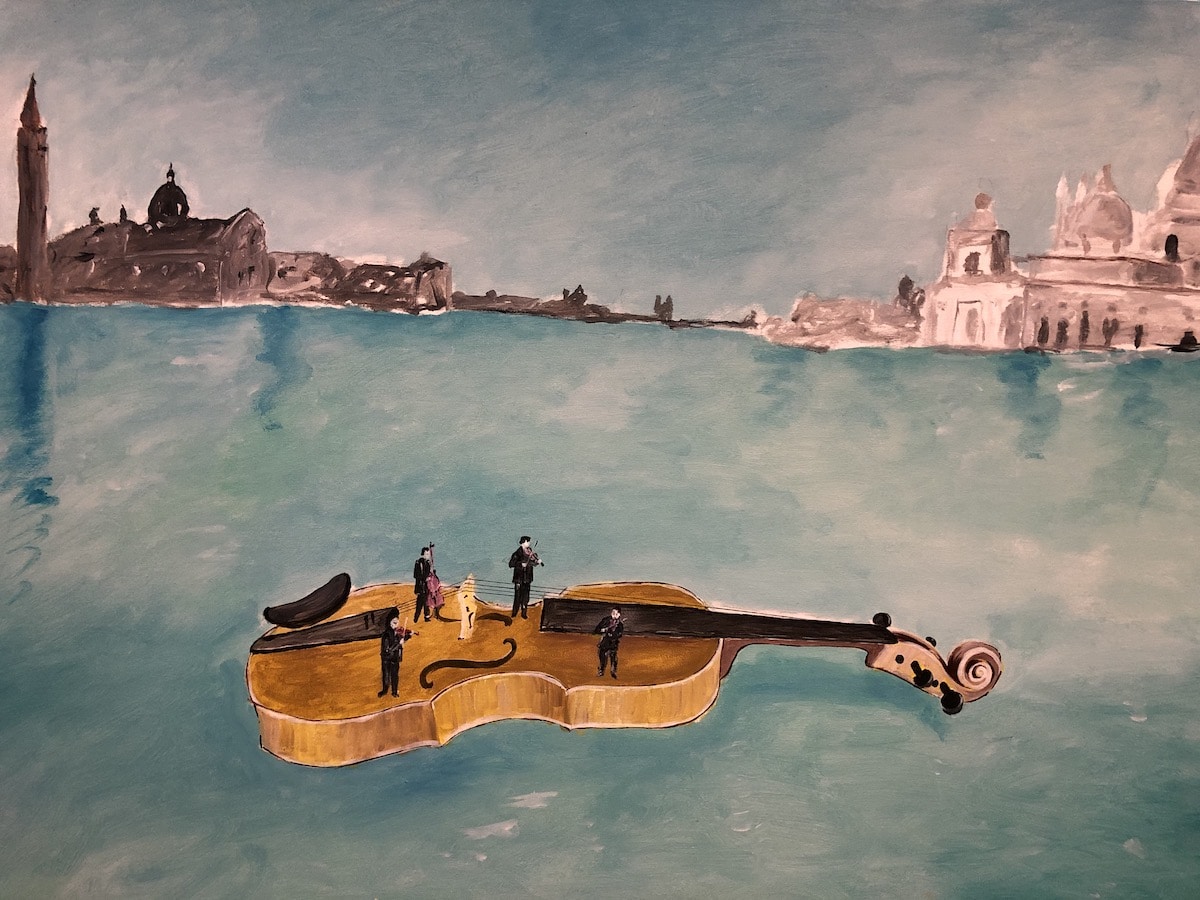 De Marchi worked with other local artisans and artists to bring his vision to life. 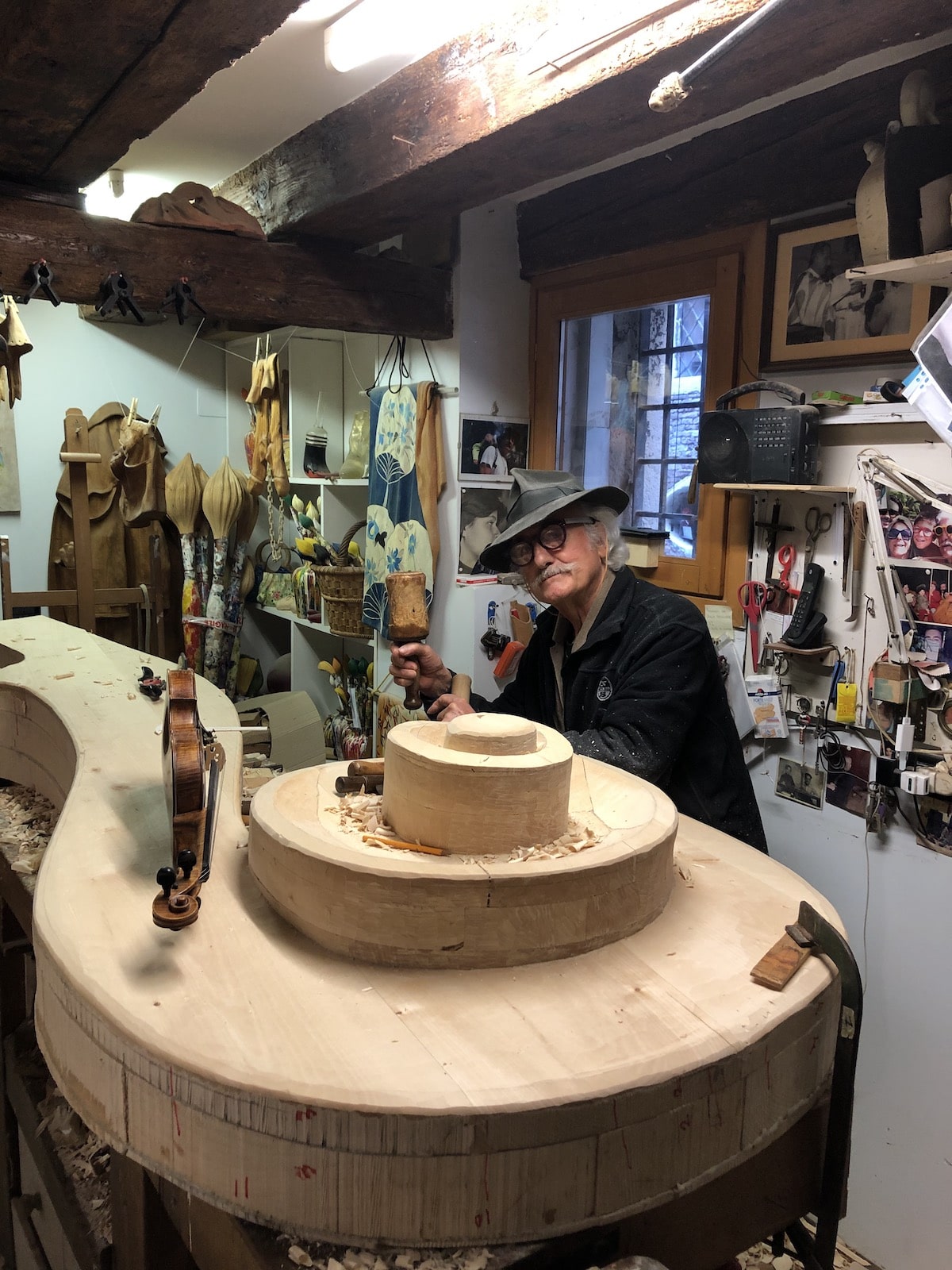 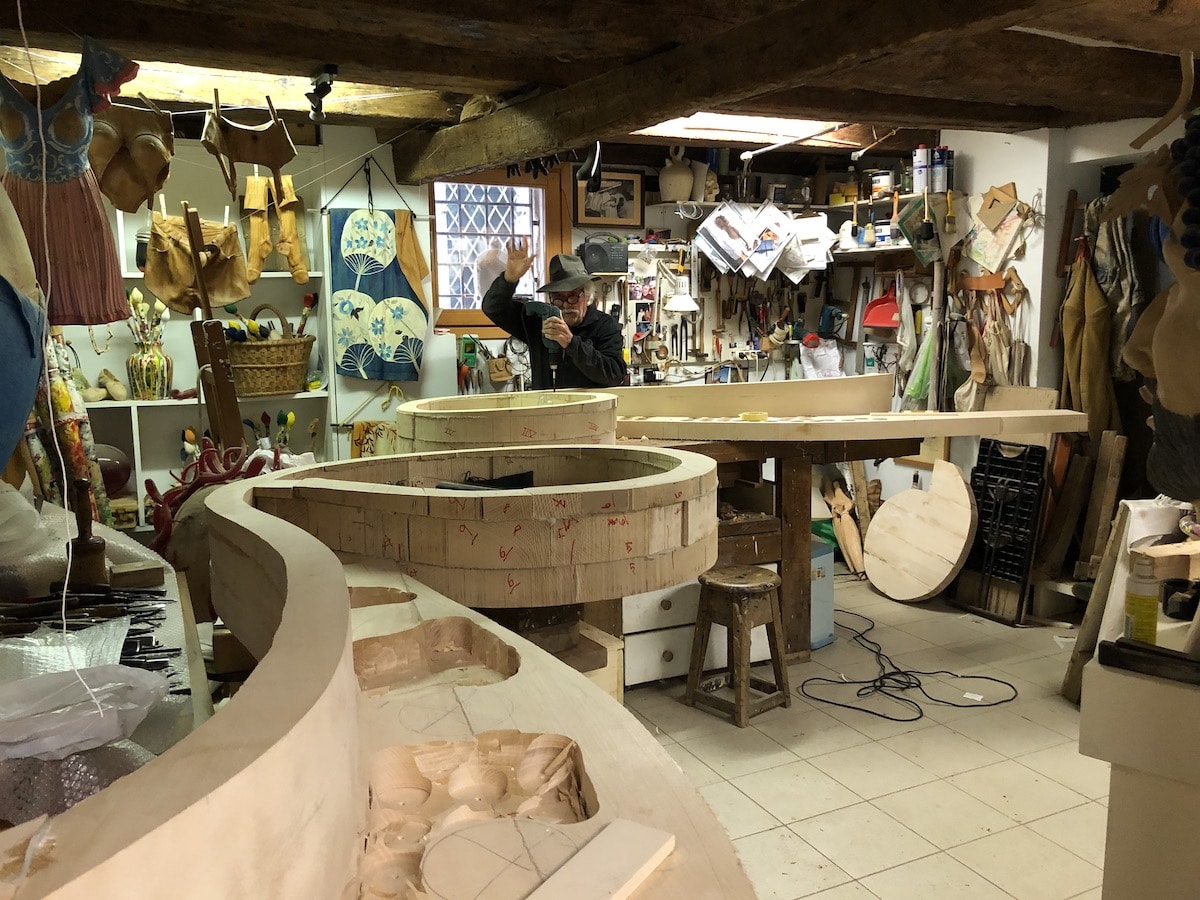 After an initial test in July, the violin set sail along the Grand Canal. 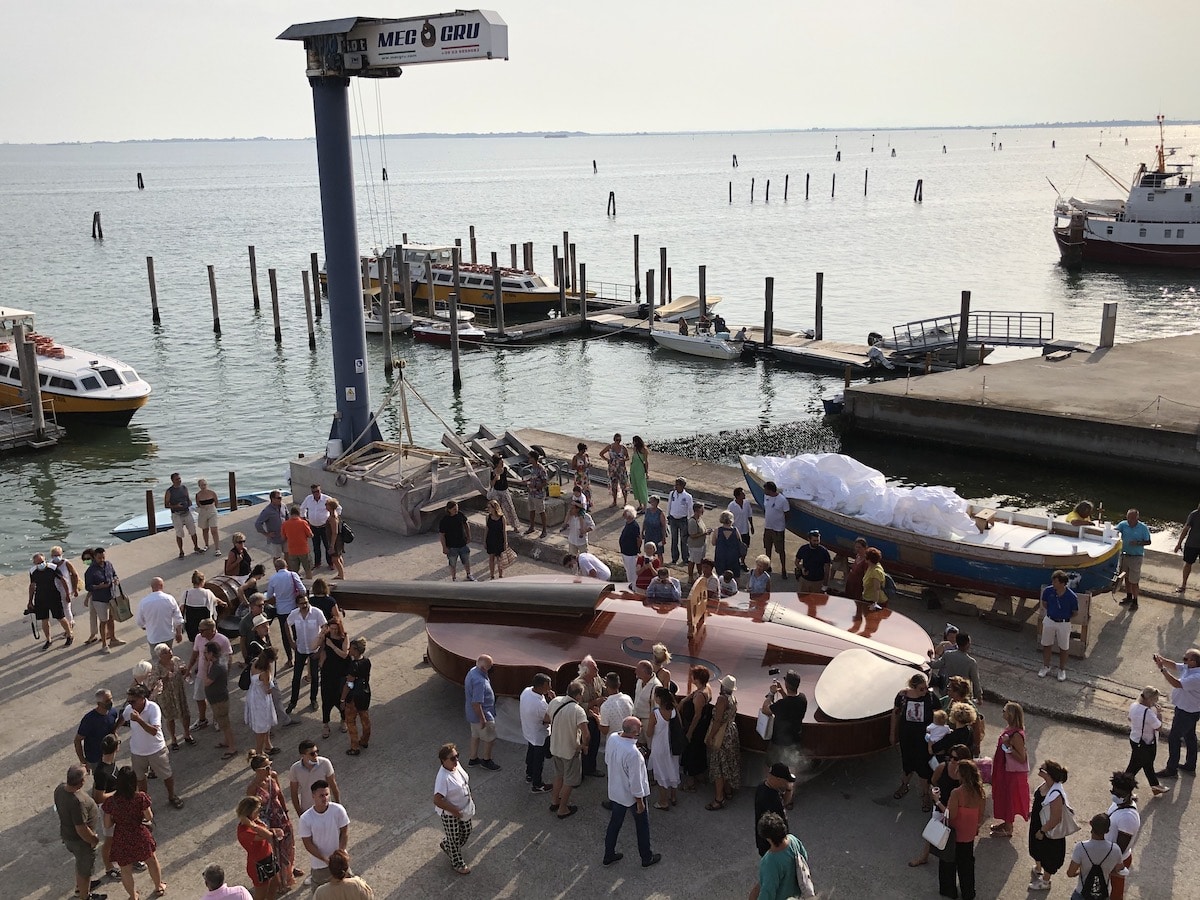 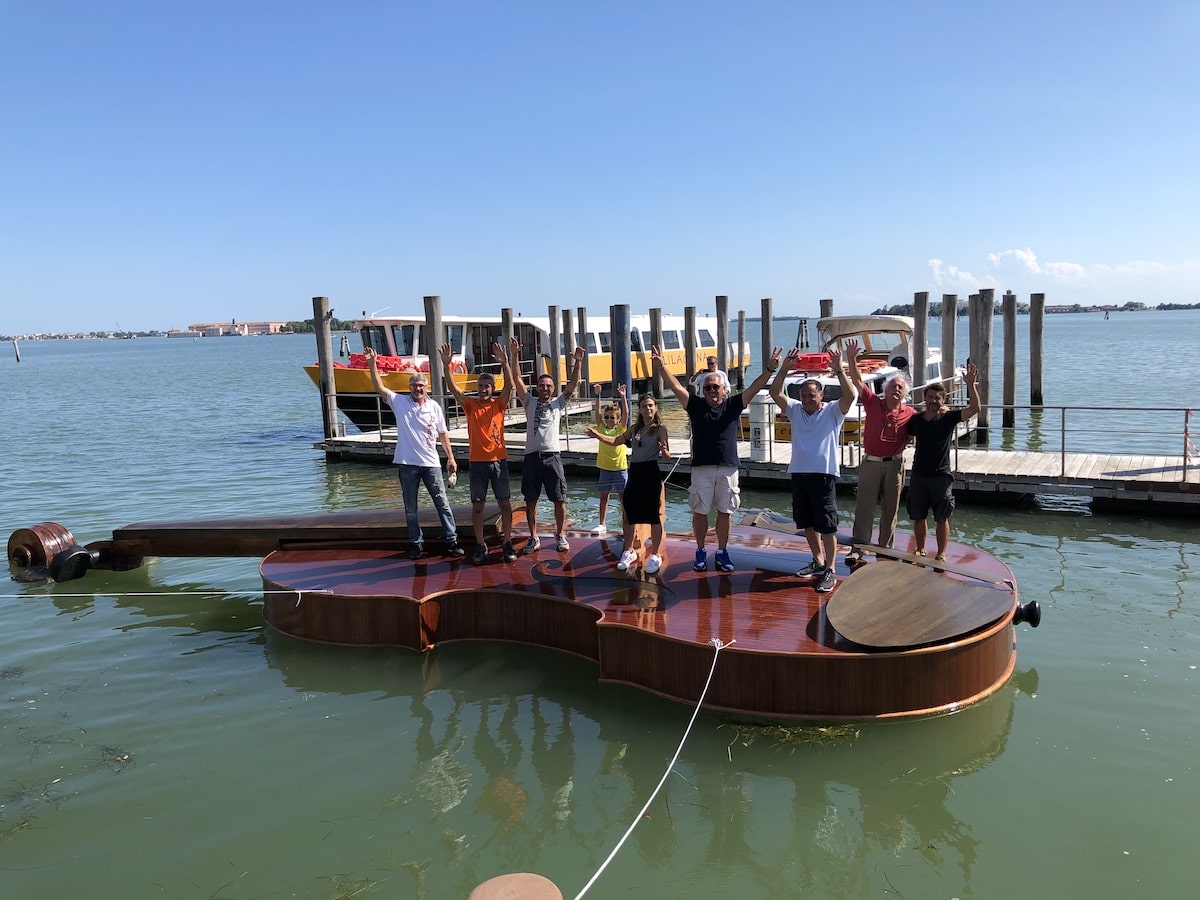 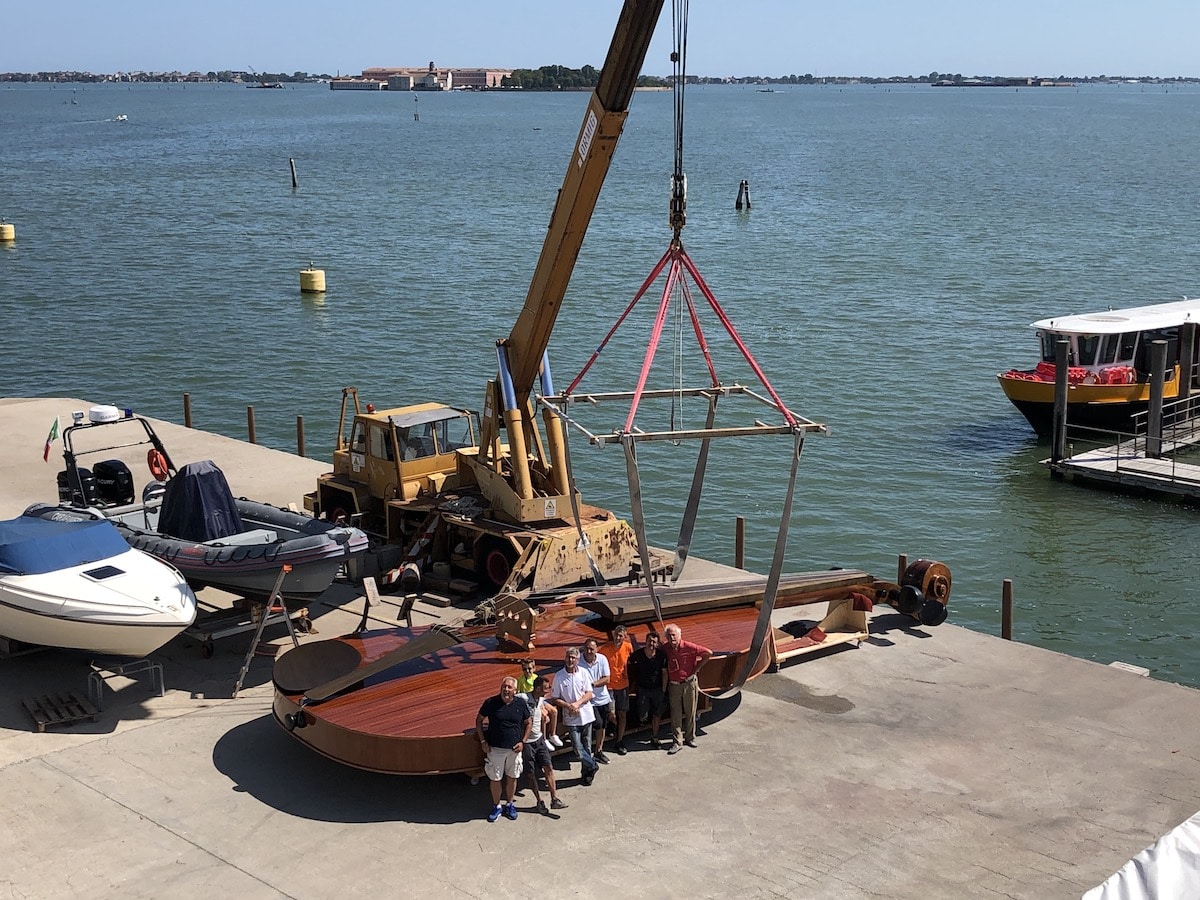 During the parade, a host of musicians aboard the violin played Vivaldi as a message of hope, after a long year of lockdowns. 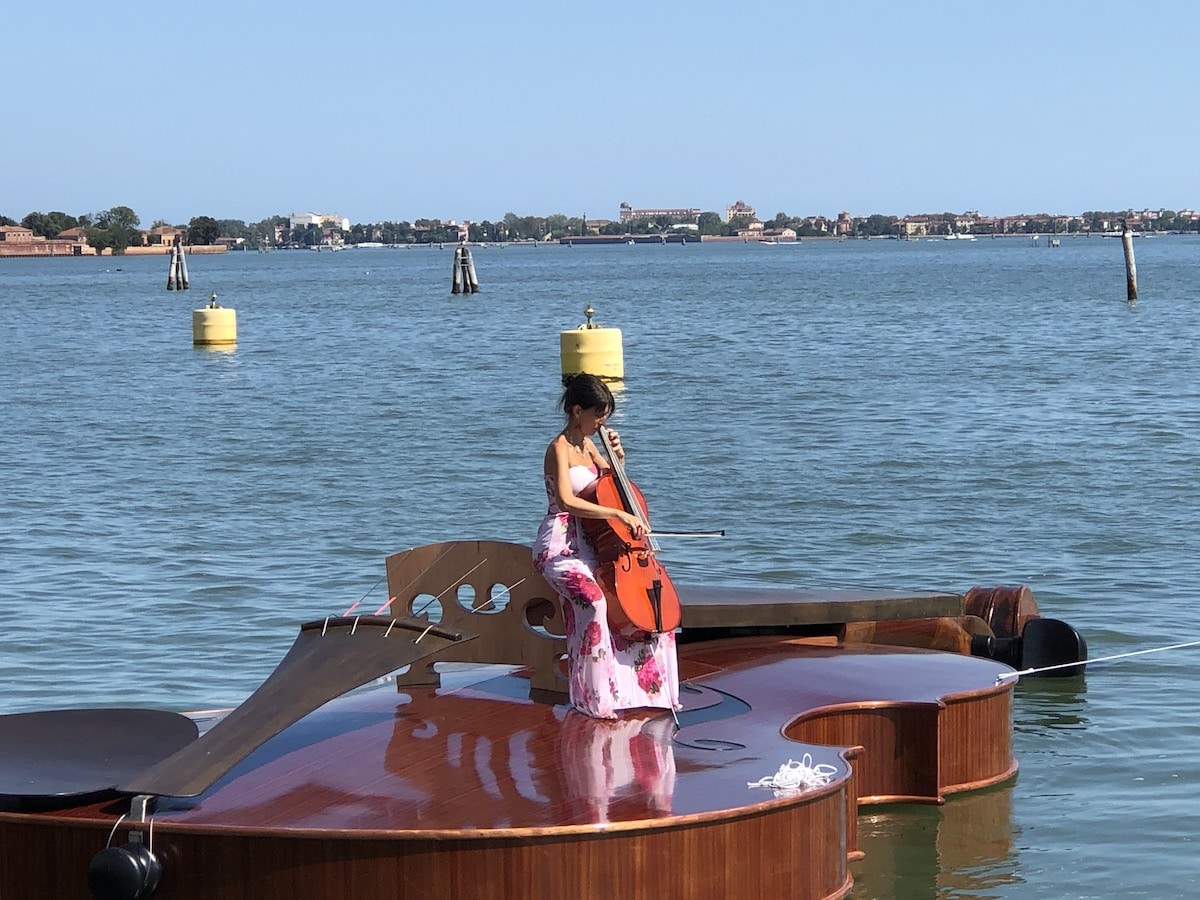 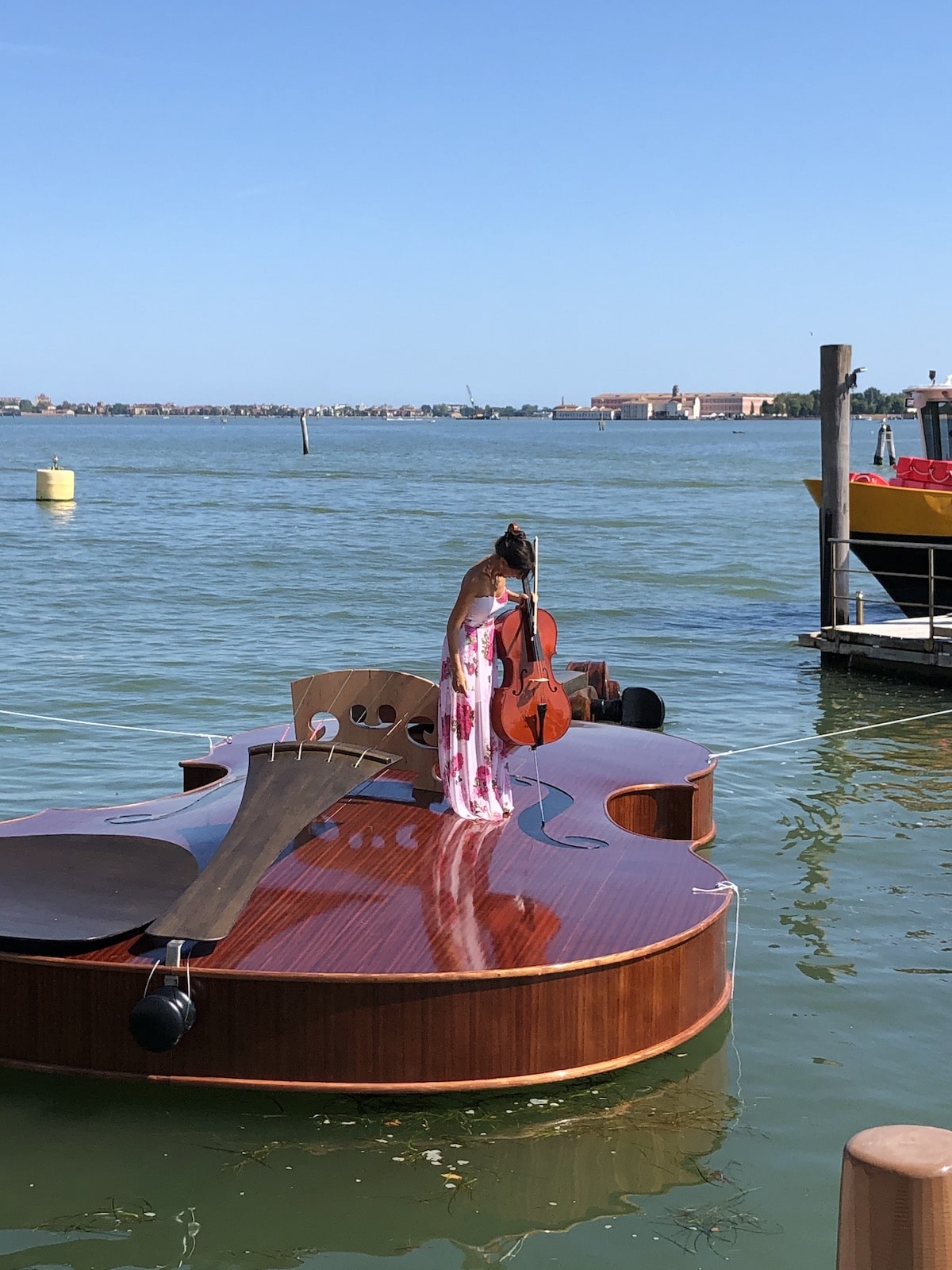