Unfortunately, not all people can call their childhood cloudless. Some of them had problems with their families, others — with their peers or with money. And even if their parents’ financial difficulties were short-lived, the memory of these times stays with many people forever.

We at votreART tried to figure out which habits, conscious or not, reveal that a person grew up in a poor family. And it turns out that we also have some of these habits. 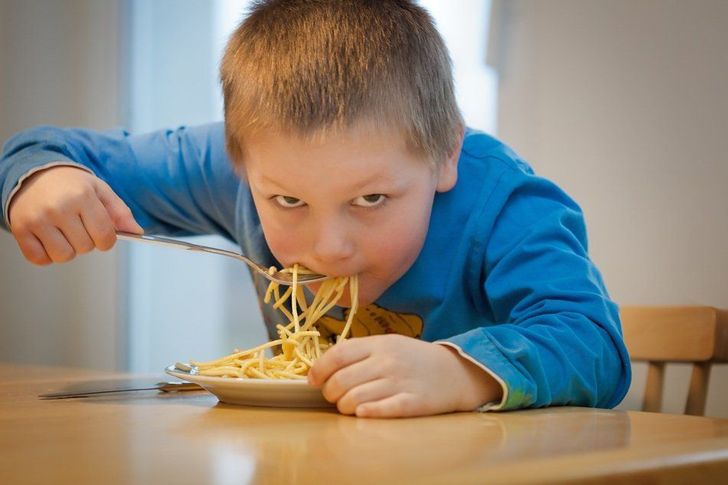 Constant worries about food and nutrition are one of the distinctive markers that show that a family used to have problems with money. As a result, people who grew up in these families may have to deal with excess weight, may end up throwing away food, and may still eat poorly.

I still get anxious when guests come over and eat my food. I keep it to myself though, so I don’t look crazy. © HateradeK / Reddit

I can’t not eat everything I have on my plate. And if there are a lot of leftovers, I’ll end up eating the same thing for lunch for the next 4 days until it either goes bad or is gone. We never had much food growing up and now, I find it impossible to waste food. © Followthatmonkey / Reddit

Saving delicious parts of food for later. Even if they’re on the same plate, the least delicious ingredients are eaten first, and the tastiest ones are saved to prolong the pleasure. An empty plate with only beef goulash on it, for example, is common. I don’t even notice how it happens. © Kovalevan7 / Pikabu

Not buying anything “extra” 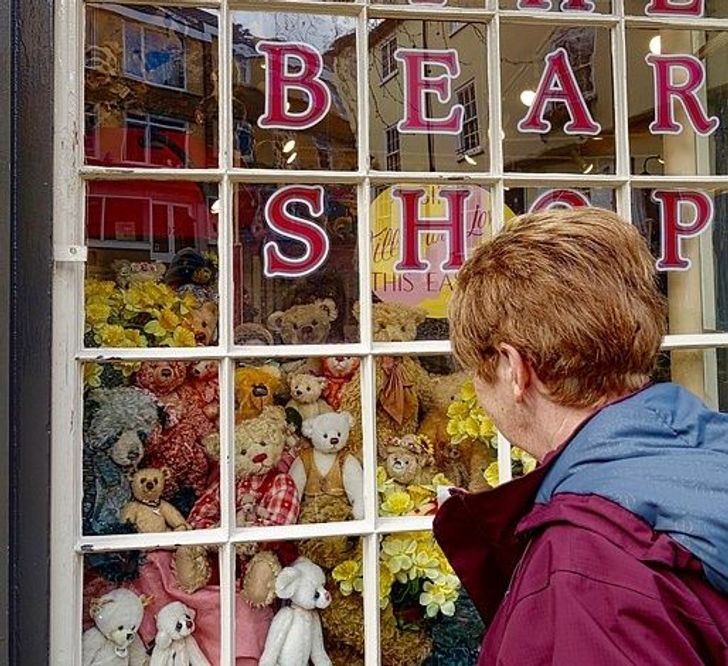 People who grew up in poor families often experience a lot of stress when making any purchases that aren’t directly related to survival. Often, these are the people who use the “delayed shopping” rule, according to which you need to wait a few days before purchasing any important item.

The store where I worked sold a set — a TV and a game console. The price was more than reasonable, I had no debt, and there was enough money in my bank account. In addition, my girlfriend and I were going to move in together, but we did not have a TV. In general, it was a relevant purchase. I almost vomited when it was time to pay. A friend had to convince me it was a good deal, but I felt physically ill for several hours. © CryoClone / Reddit

Working for a penny 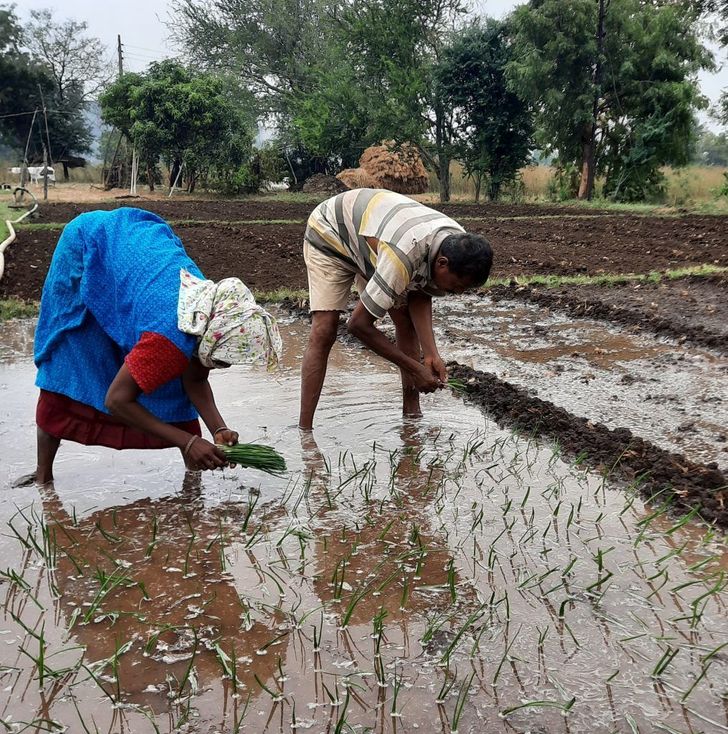 The irrational fear of losing one’s job is typical for people who understood from childhood that you simply can’t survive without a stable income, no matter how small it is.

Max works for a large company as a freight forwarder. His official annual salary is $12,000 and the rest of the money is just given straight to him (meaning he is mostly paid under the table). Once, he got sick. He received practically no sick leave. He ended up having to take a payday loan, so he got himself into more debt. He recovered and continued to work. And now, he says that what happened is fine, because he works for a large company and the $40K he actually makes isn’t being given to someone else. And he does this with no safety net or guarantee that he will have this job in the future. © dadudist / Pikabu

Holding on to things that are yours 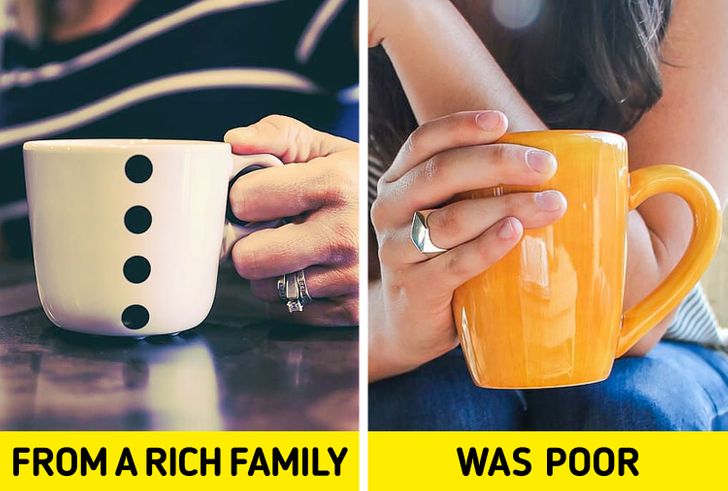 Some habits that indicate a poor childhood can be easily spotted by rich people and sales professionals. The way you move, talk, gesture, eat, and even hold a cup of coffee can tell a lot about your life.

Once my 3 friends and I rented a house. Our hostess was a fairly well-known actress in the country, and one evening, an interview with her was shown on TV. We made some cocoa, sat on the sofa, and started watching. At some point, they were talking about the little things that are important for getting settled into a role. Then the actress asked the interviewer for coffee and then said, “You clearly grew up in a wealthy family, because you keep the cup with the drink away from you. Those who were poor know that they have nothing else, so they squeeze the cup with their whole hand.” My friends looked at me, grasping a mug of cocoa with both hands, and I looked down and said, “It’s true. We were very poor.” © John Jones / Quora

Hoping for a miracle 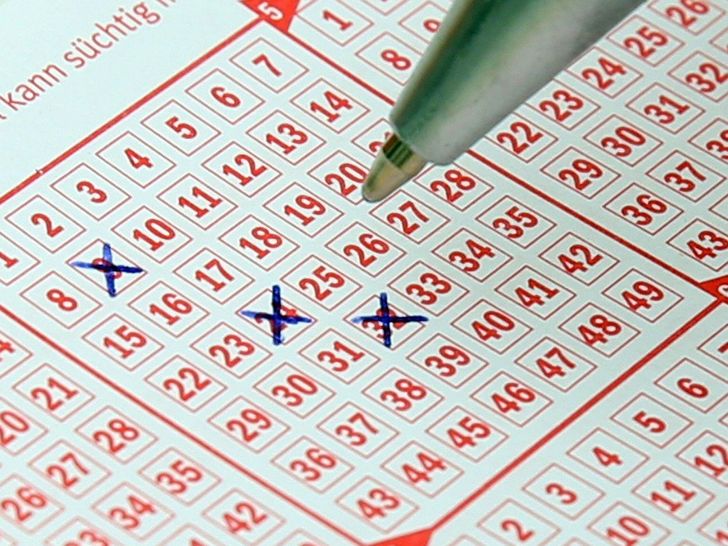 People who have never had a problem with money treat gambling and lotteries as run of the mill entertainment. Of course, they are also delighted with winnings and frustrated with failures. But only those who were in real need understand the difference between passion and hope for a miracle.

I used to be homeless, and now, I have my own home and my salary is more than double the average salary. But despite the fact that I have a degree in economics and I know that it’s completely irrational, I still play the lottery. © clemtiger2011 / Reddit 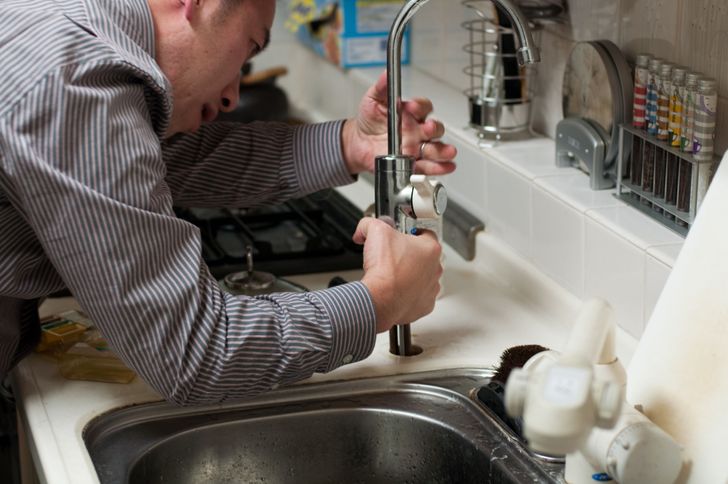 You can identify a person who grew up in poverty by how many different things they can do on their own. Changing locks, fixing leaky taps, laying tile, doing repairs, giving themselves a haircut in front of a mirror. And even if things aren’t bad in their current life, this habit doesn’t go anywhere.

I moved in with my wife. Once, I asked her where the needle and thread was. She replied to me:

— Why are you asking?
Me: I need to fix my socks.
Her: Throw them away and don’t embarrass yourself!
She grew up in a wealthy family. I don’t even know how to tell her that shoes can also be repaired. © klalkin / Pikabu

Not throwing anything away 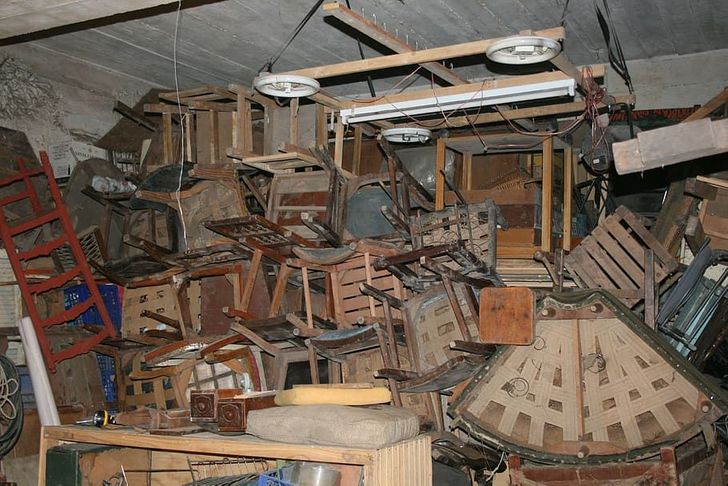 People who know the value of money rarely throw things away and try to prolong their life in every possible way. If their clothes are no longer suitable to wear out of the house, they can be turned into home clothes. And then you can wear them at your country house. Then you can cut them to make dust rags. And the dust rags can be used and washed until they turn into threads.

I fix things instead of throwing them away. Right now, I can’t swipe to the left on my phone, and sometimes, it turns off for no reason, but I can still use it to make a call, can’t I? © joannagoanna / Reddit

I dilute the rest of the shampoo and shower gel with water until nothing but water remains in the bottle. I just can’t bring myself to throw away the shampoo when there is something at the bottom. © jsand4325 / Reddit

Wasting time instead of money 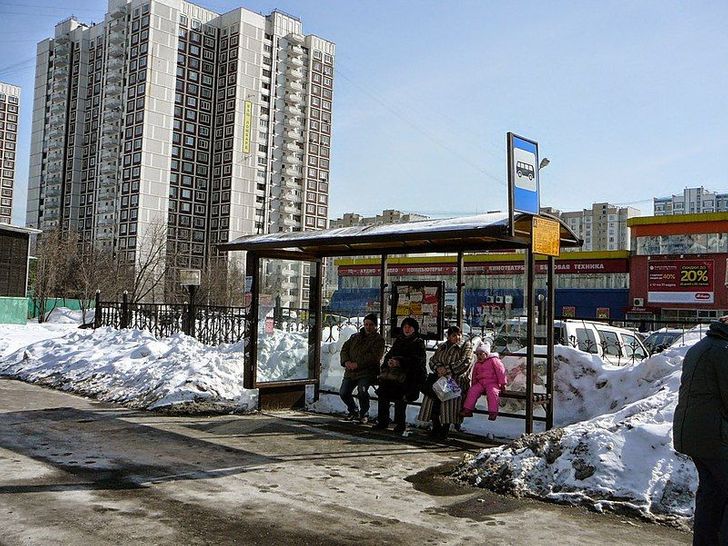 One of the most distinctive features of poverty is to think that money is more valuable than time. As a result, people freeze at a bus stop instead of calling a taxi, spend hours looking for cheap products, promotions, and discounts, and spend whole weekends in the kitchen trying to save money.

When I was buying furniture for my apartment, I suffered because of a $20 difference. It looked like this, “I like this chair more, but it’s a whole $20 more expensive.” I spent weeks trying to choose between a $430 chair and a $450 chair. © Maverick1717 / Reddit

Panicking at the checkout 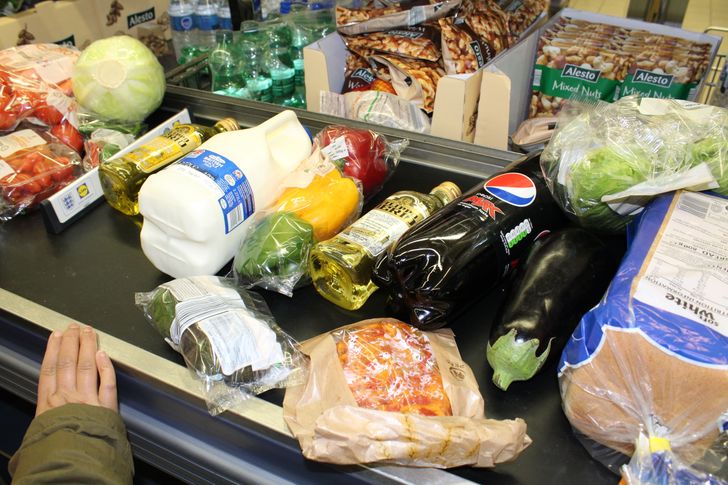 The life of a person who grew up in poverty is full of anxiety and fear. One of the most common causes of stress is paying for purchases at the supermarket. Even if there is complete confidence that there is more than enough money in their bank account, not everyone succeeds in getting rid of the irrational fear that the transaction may be declined.

Even though I know for sure that I have enough money, I still hold my breath until I see on the terminal that the transaction has been approved. © unknown_author / Reddit 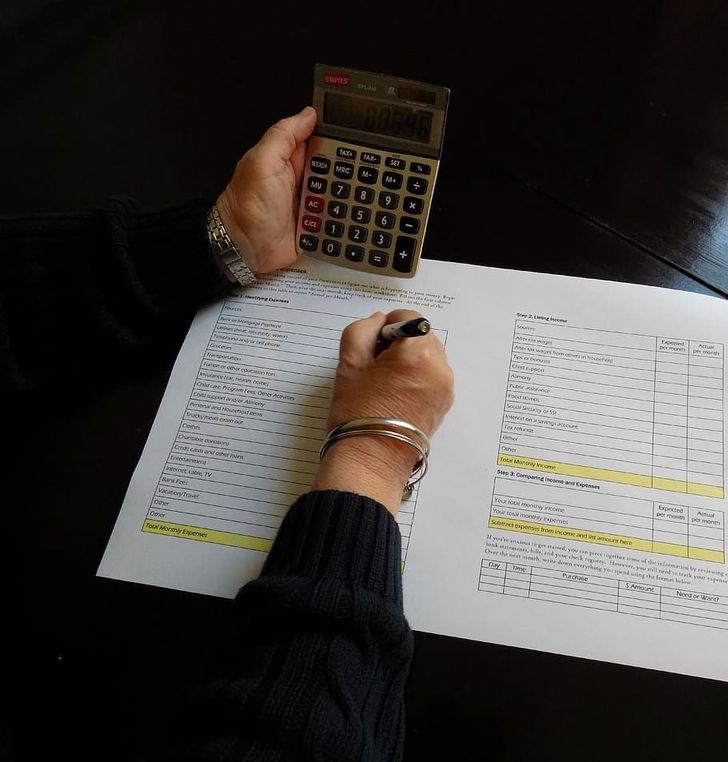 Fear of the future leads to the fact that people, even if they have the opportunity to pay the entire amount at once, prefer to choose an installment plan or a loan. And even if they end up spending more money, the amount divided into several parts looks less frightening to them than the full price of the product or service.

Can’t pay in full for something. Let’s say my car insurance costs $1,200 a year and I chose the installment plan option. It will end up costing me an extra $180 in the end, although I could’ve easily afforded to pay the $1,200 right away. © -Ahab- / Reddit

Not going to the doctor 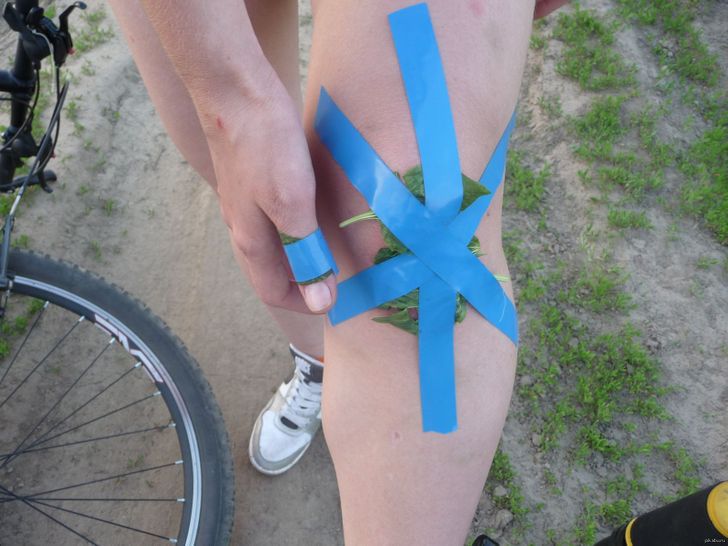 As is the case with time, people who live in poverty feel that their health is a less valuable resource than money. They often have dental problems, because they are psychologically unable to spend “so much money” on a dentist, and the horror of going to a free dentist has haunted them since childhood.

Last year when I first started a new job, I got sick, but I kept working because I was never in a situation where I could skip work and not worry about getting fired or paying bills. And everyone said, “Why are you here? Go to the doctor and go home.” I realized that I really could do it, and I started to cry. I have never felt richer in my life. © gingeralecap / Reddit 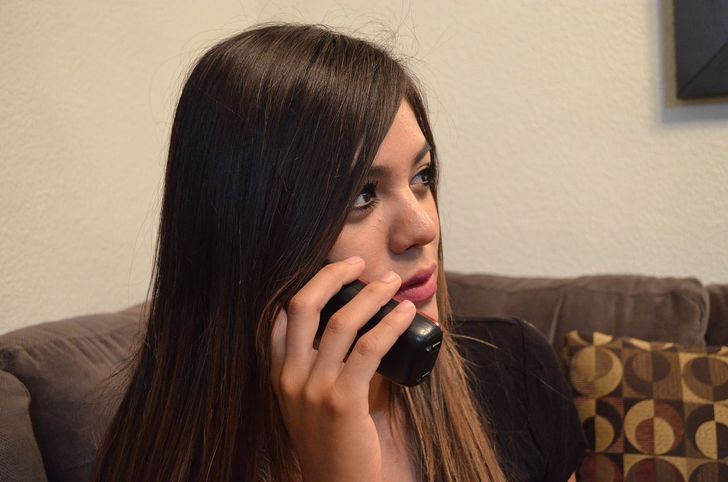 Expecting a hidden agenda in any situation, always staying alert, and not trusting anyone are habits that are formed by a poor past. This also includes the absolute inability to accept gifts, especially expensive ones.

I am afraid of unexpected knocks at the door, calls from unknown numbers, and never opening my mailbox in front of others. It has also been not long since I got out of debt, and this is not enough time to get rid of my fear. © whistleduck / Reddit

I hate receiving gifts because, as a child, I didn’t have the opportunity to give something of equal value in return, and I felt terrible because of this. My sisters and I still haven’t grown out of it, so we pretend birthdays and the New Year just don’t exist. © Bamcfp / Reddit

Tell us, by what signs do you unmistakably understand that a person has been through difficult times?