Charlie Chaplin and Edna Purviance starred in more than 30 movies together. Some actors have such great chemistry that directors want to see them together more than once. And we totally agree with them, because some duos are just meant to be together, even if only in a fictional reality.

We love movies. This time, we want to highlight the best movie duos who stole our hearts more than once. 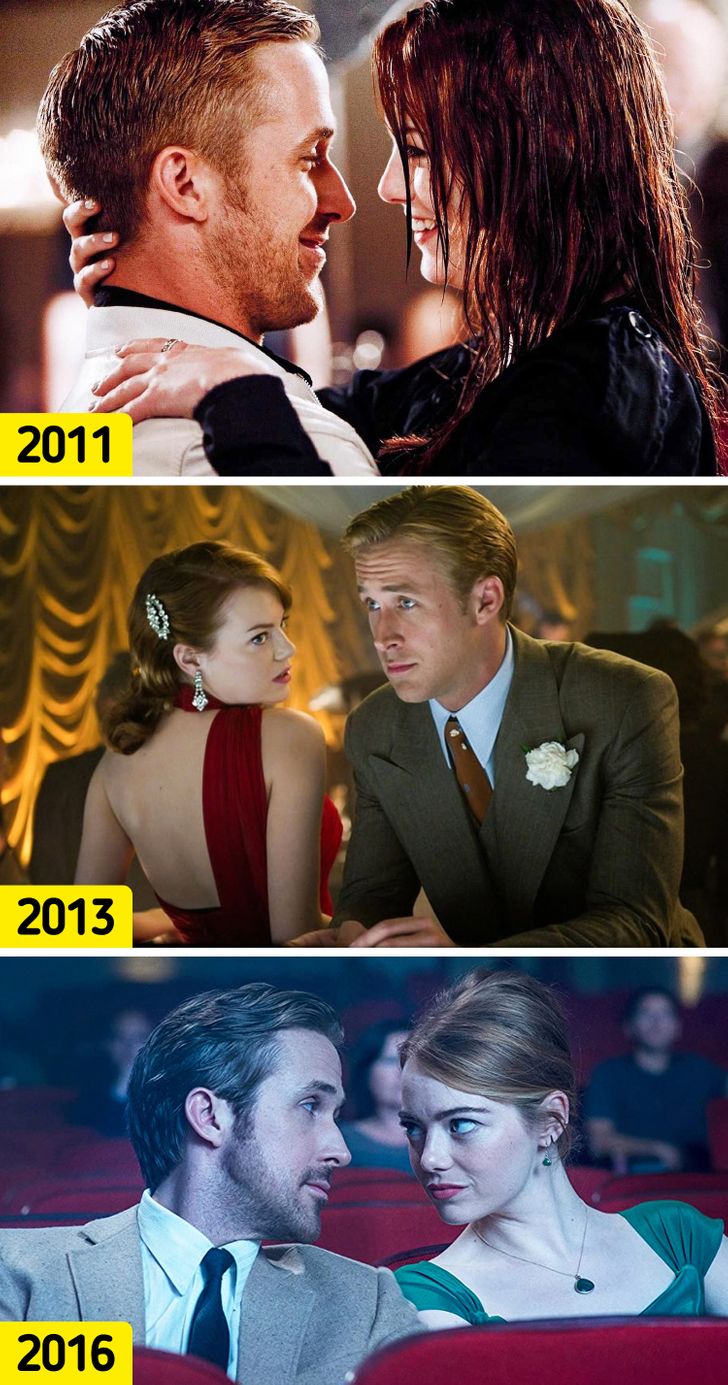 Emma Stone and Ryan Gosling first appeared together in 2011 in Crazy, Stupid, Love and totally won our hearts from the very beginning. Fortunately, they paired perfectly: Emma said that she loved working with Ryan so much that she wanted to make as many movies with him as she could.

It seems like her wish was granted. After that, they played a couple 2 more times: in 2013 in Gangster Squad and again in 2016 in La La Land. 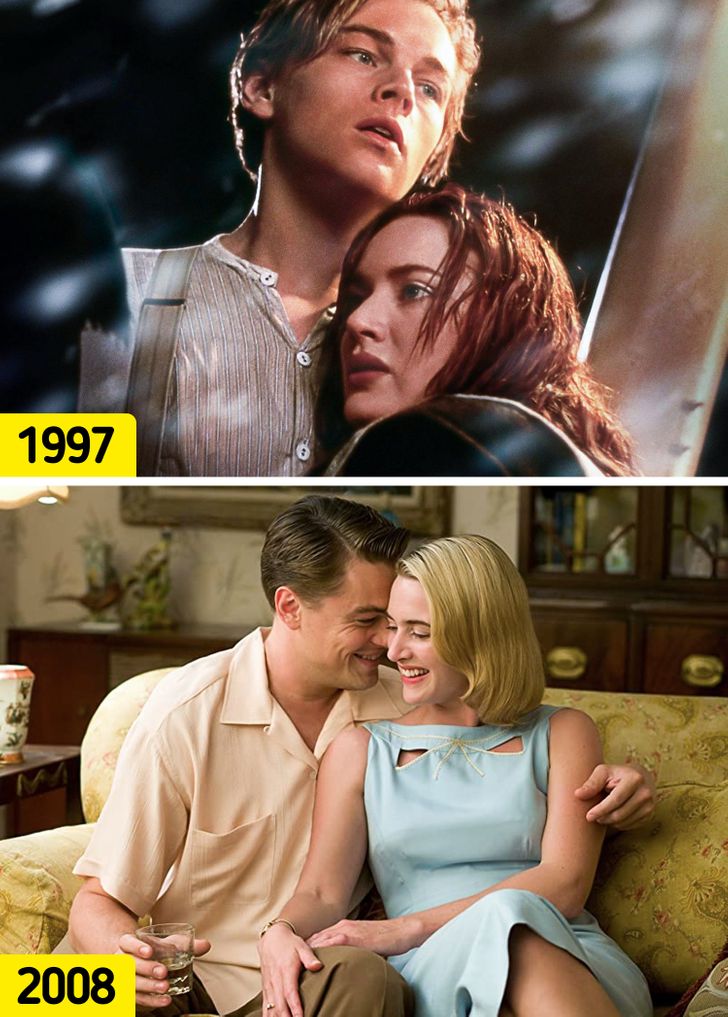 Kate Winslet and Leonardo DiCaprio first met on the set of Titanic in 1997. They developed a very strong friendship and have been ever-present in each other’s lives since then. Leonardo even walked Kate down the aisle on her wedding day. 11 years after the release of Titanic, they played a married couple in the movie Revolutionary Road. 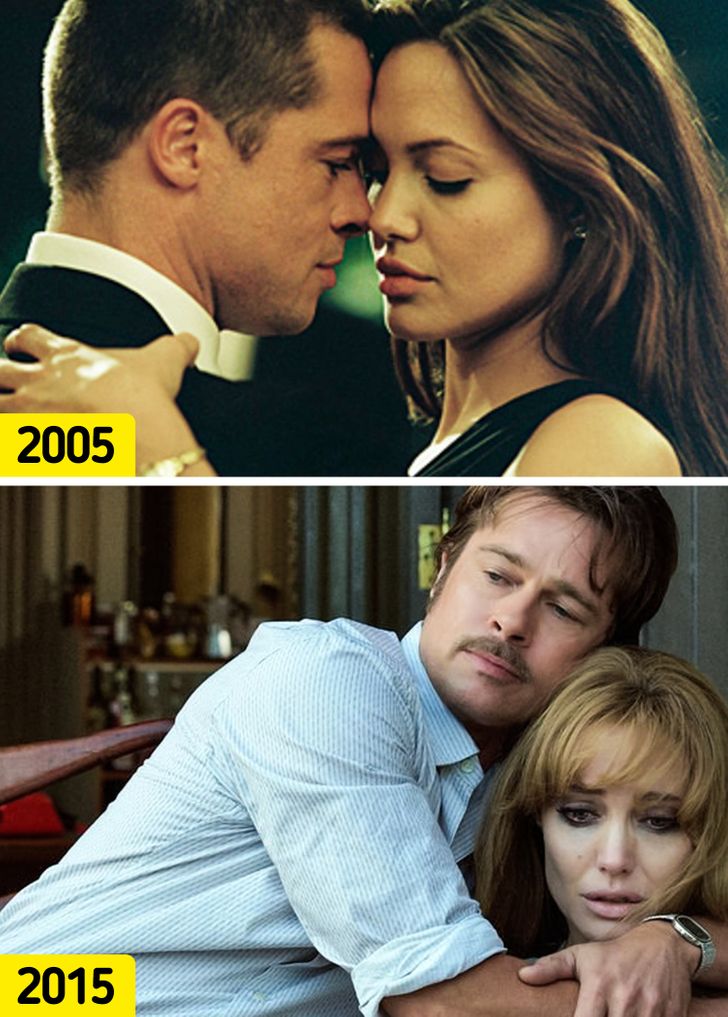 This unforgettable duo first appeared together in 2005 in Mr. & Mrs. Smith. These actors fell in love with each other on set and now they are parents to 6 children: both biological and adopted. 10 years later, they appeared together again in the movie By the Sea, written and directed by Angelina Jolie herself. 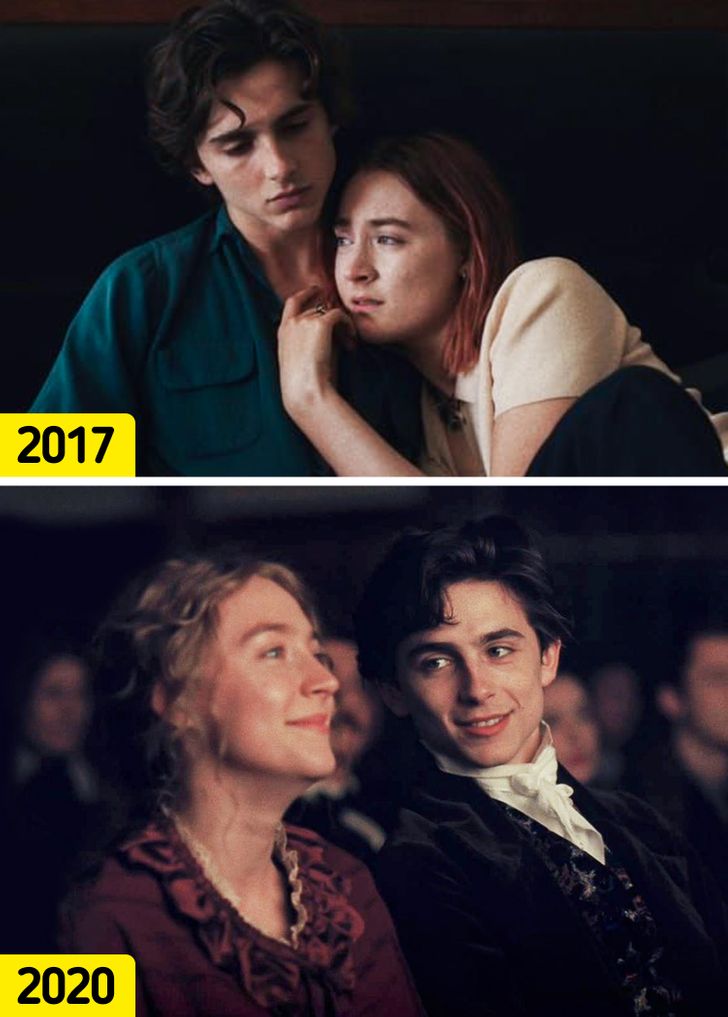 Another favorite duo was born in 2017 with the movie Lady Bird. Timothée and Saoirse are close friends in real life and a great match on set. Timothée said that with Saoirse, he sometimes doesn’t even feel like he’s acting. In 2019, they played close friends in Little Women.

We’ll soon see them acting together again in the upcoming 2021 movie The French Dispatch. However, we don’t know yet who their characters are going to be to each other. 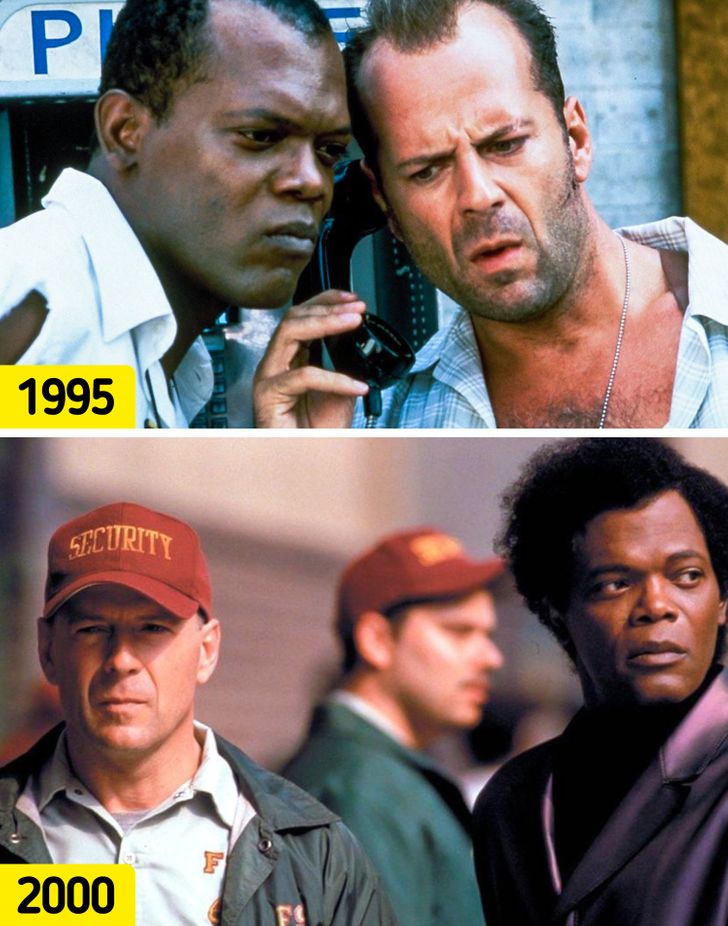 © Die Hard With a Vengeance / Twentieth Century Fox, © Unbreakable / Touchstone Pictures
This collaboration dates back to 1993 when they first acted together. By today, Willis and Jackson have already appeared together in 5 movies. Some of their most famous movies are Pulp Fiction (1994), Die Hard with a Vengeance (1995), and Glass (2019).

6. Will Ferrell and John C. Reilly 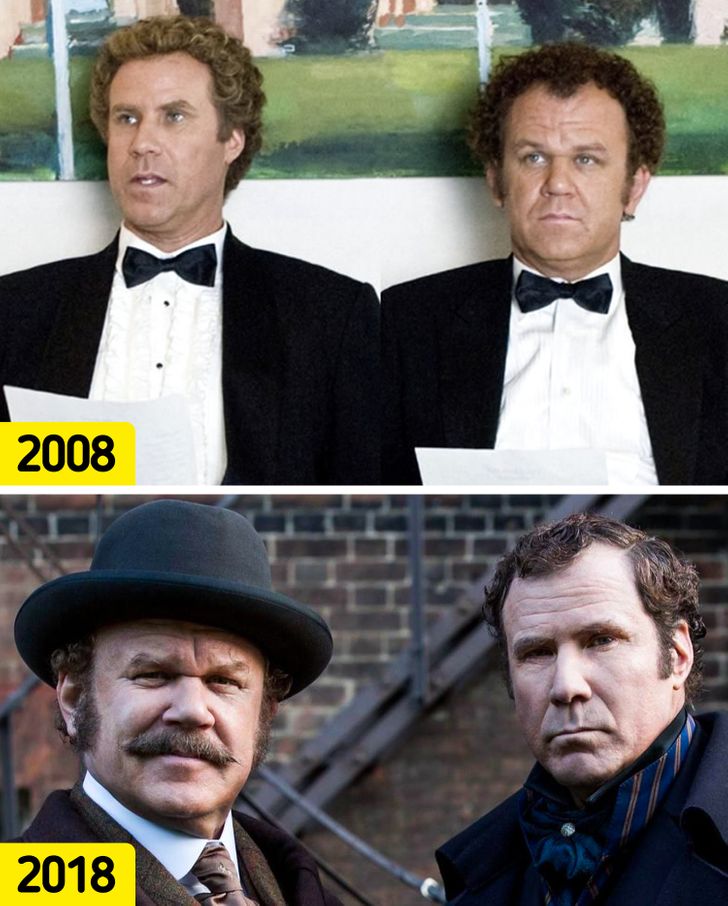 This comedian duo already has 3 movies together. The very first movie they appeared in together in 2006 was Talladega Nights: The Ballad of Ricky Bobby, Reilly’s character refers to himself as “Dr. Watts.” Interestingly, 12 years later the duo appeared in Holmes & Watson. In between these movies, they acted together in Step Brothers. 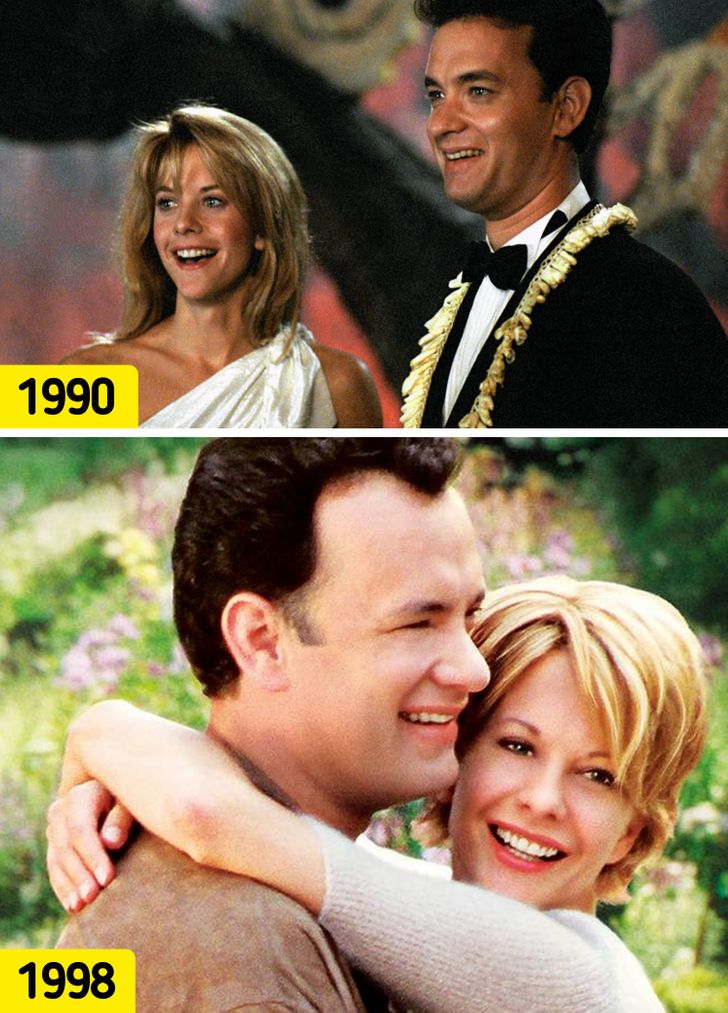 Tom Hanks and Meg Ryan have played a couple several times. Their first movie, Joe Versus the Volcano, wasn’t a big success. However, the 2 that followed, Sleepless in Seattle (1993) and You’ve Got Mail (1998), are dearly loved. In 2015, they appeared together in Ithaca, directed by Meg Ryan herself. 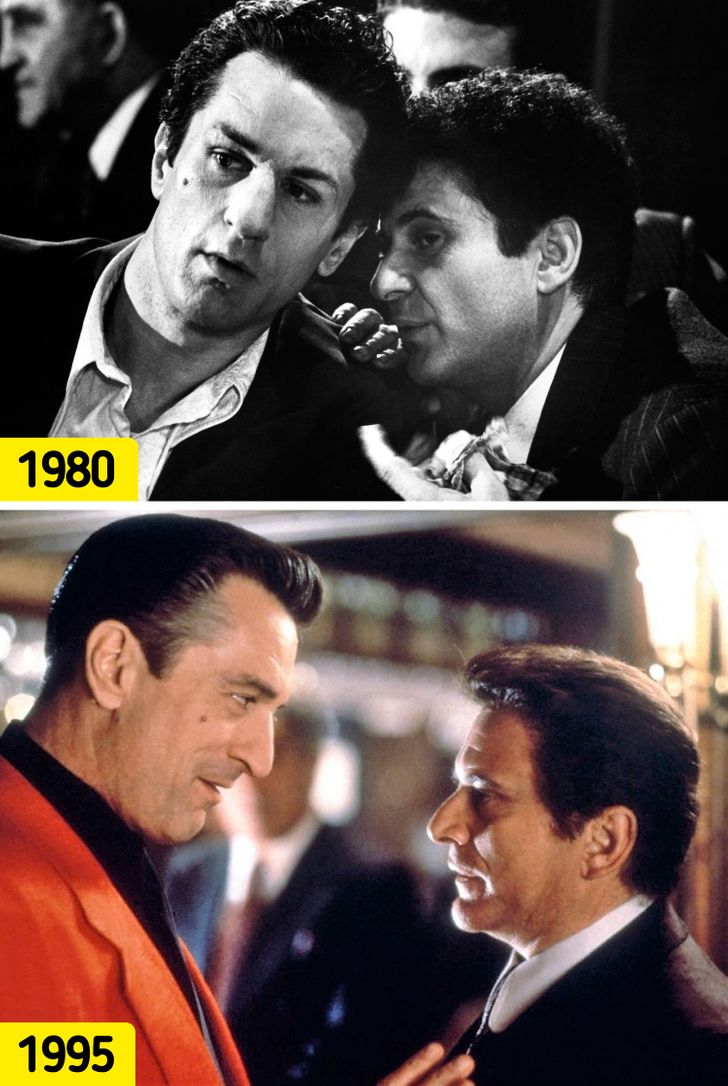 This iconic duo paired up for the first time was back in 1980 in Raging Bull. During one of the scenes, Robert De Niro accidentally broke Joe Pesci’s rib. But it seems like Pesci didn’t take offense, because they worked together 4 more times afterward. The most recent of their collaborations was The Irishmen (2019) that received 10 Oscar nominations. 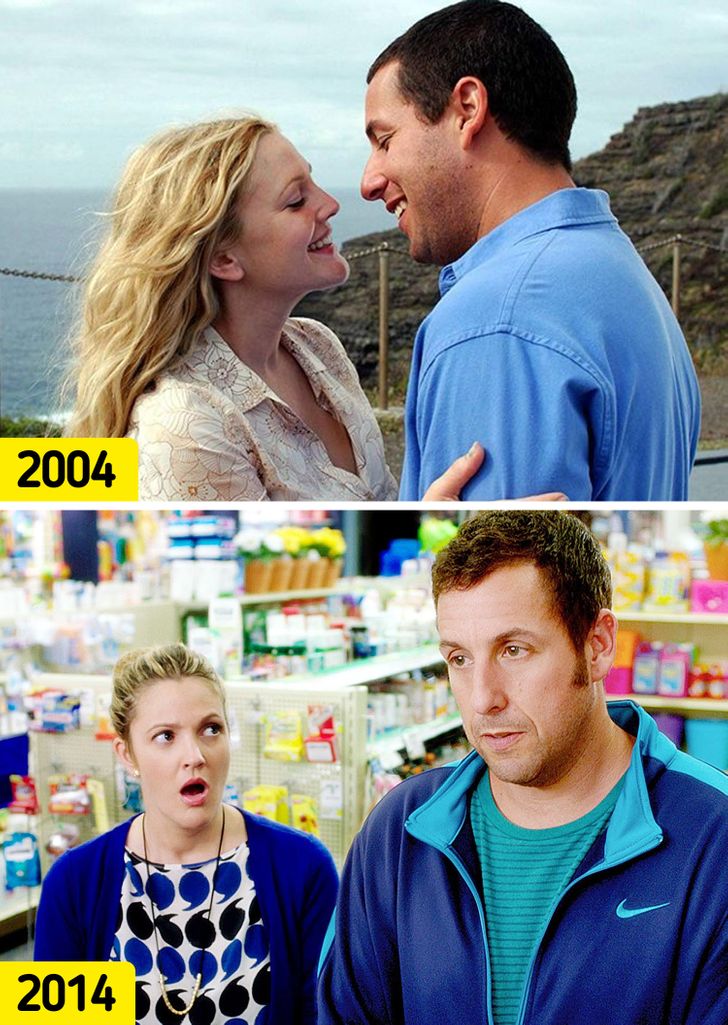 This duo is responsible for cheering us up. Their first movie together was The Wedding Singer (1998), and they managed to pair up perfectly. They definitely have a special chemistry on screen, so it’s no wonder they acted together again later in 50 First Dates (2004) and Blended (2014). 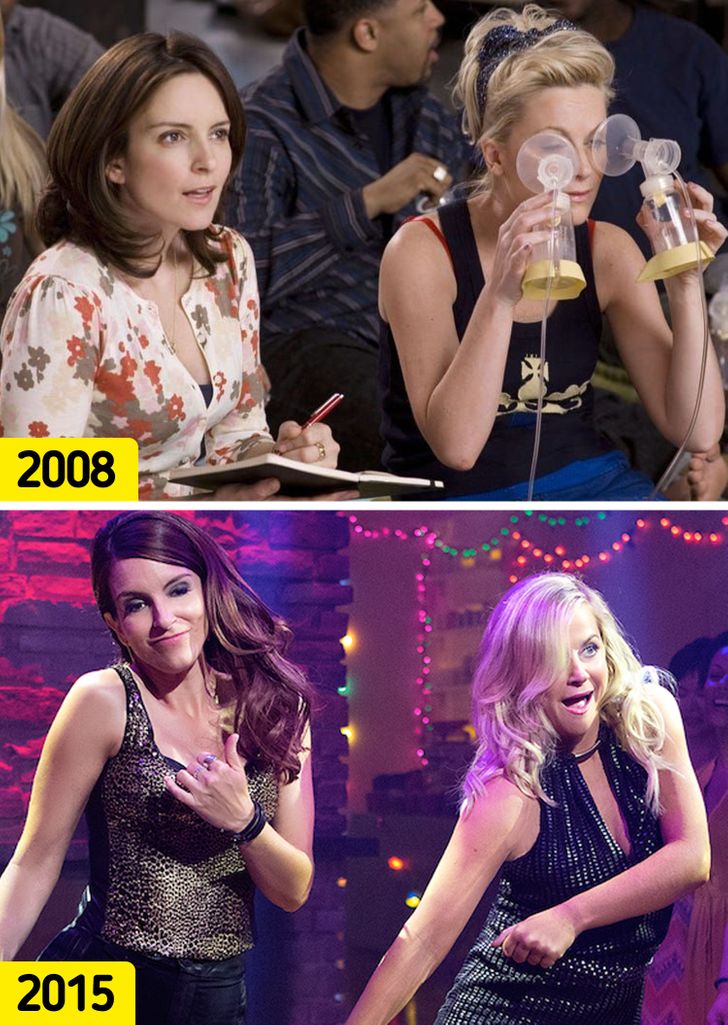 These ladies are perfect to watch if you need to relax after a hard day. Luckily for us, they have quite a few movies, including Baby Mama (2008), Sisters (2015), and Wine Country (2019). Tina Fey and Amy Poehler are best friends in real life, so it’s no wonder they radiate their energy through the screen. 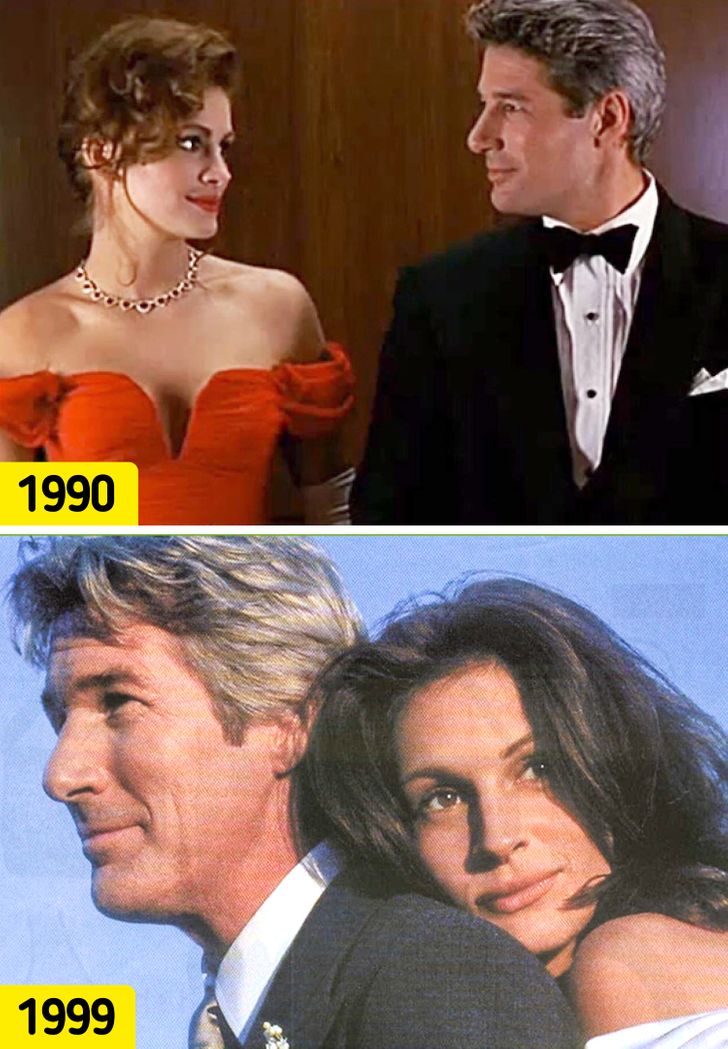 Unfortunately, Julia Roberts and Richard Gere only have 2 movies together. Still, it was enough for them to play lovers 2 times, in Pretty Woman (1990) and Runaway Bride (1999), to win our hearts and make us believe they’re meant to be. 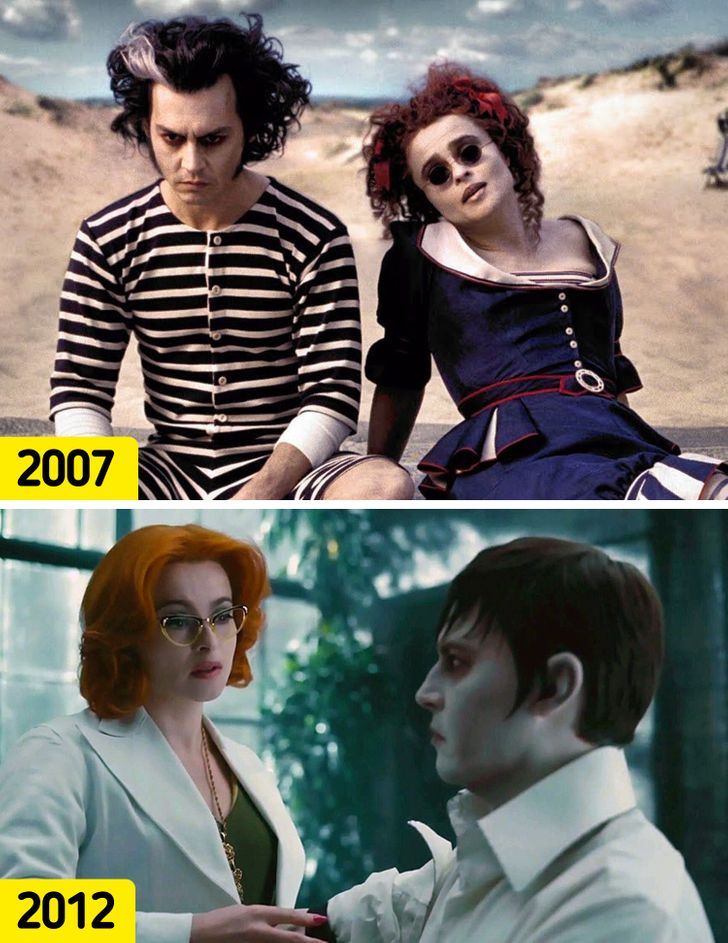 There are probably no actors in the whole of Hollywood that would match better than Johnny Depp and Helena Bonham Carter. They seem to be a male and female version of some atmospheric and creepy Tim Burton characters. For now, they have 6 collaborations, 5 of which were directed by Tim Burton. 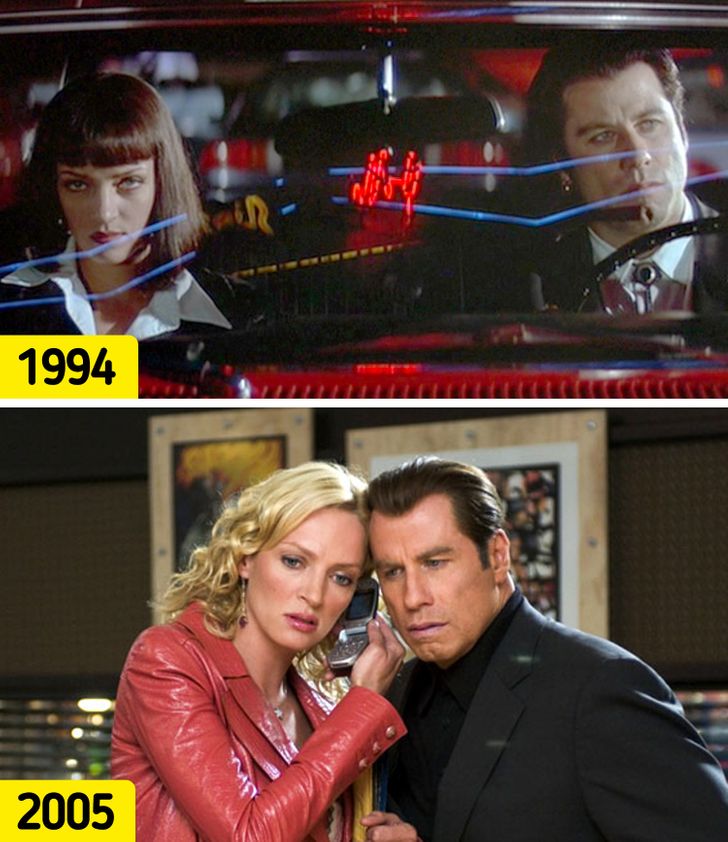 Many of us remember the dancing scene with these 2 in Pulp Fiction (1994). It turns out that Uma Thurman was aware of Travolta’s famous ability to dance and was very reluctant to dance with him. But it seems like she eventually became more relaxed around him. Later, they appeared in 2 more movies together: Be Cool (2005) and Savages (2012).

Tom Cruise himself chose Nicole Kidman, who was then just beginning her career, to play his character’s love interest in Days of Thunder (1990). It became their first collaboration, and it looks like Cruise didn’t miss. Later, they paired up 2 more times: in Far and Away (1992) and Eyes Wide Shut (1999).

What is your favorite movie duo of all time?