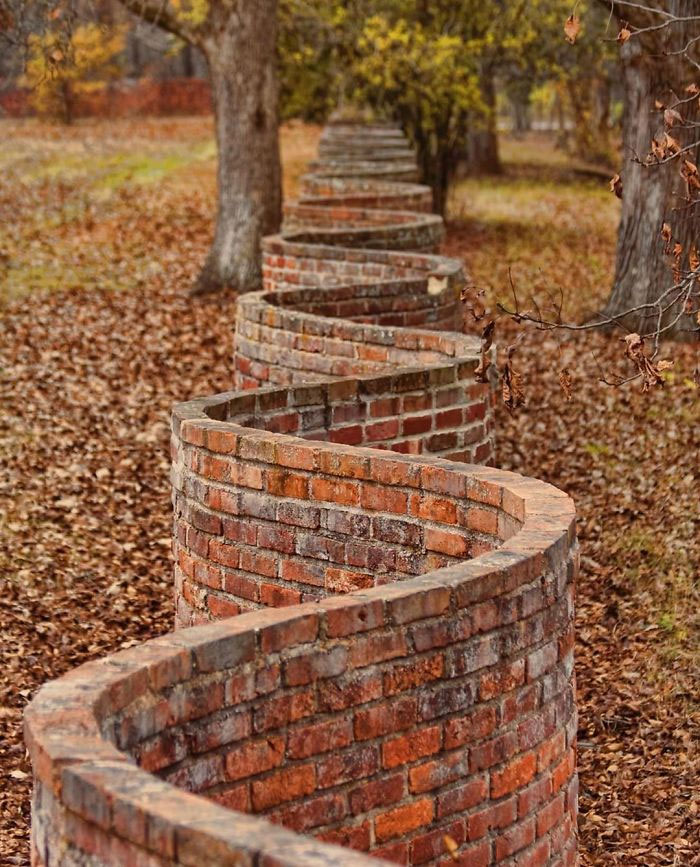 Britain’s known for many charming things. Afternoon tea with scones (do you put the clotted cream or jam on first?). Mysterious and romantic walks in parks and gardens. Wavy walls. Wait, wavy walls? Wavy walls!~

Popularized in the United Kingdom, so-called crinkle crankle garden walls (don’t you just love that name?) are very economical—they end up using fewer bricks than straight walls. Your first reaction was probably just like ours, dear Pandas: that doesn’t make any sense! Well, wavy walls end up using fewer bricks because they can be one brick thin. Straight walls would topple over if you made them one brick wide. Meanwhile, all the curves in the wall give it stability.

The UK is full of charming crinkle crankle garden walls Wavy walls are gorgeous, great for growing fruit trees in the alcoves, and for defending your garden (if it ever comes to that) “I was trying to find something uniquely Suffolk for a local writing competition in 2015 when I chanced across crinkle-crankle walls,” Ed told us how he wove his way into the curvy world of serpentine walls.

“Various web pages told me that Suffolk, where I live, had over 50 examples but the original list (started in the 1960s by local historian Norman Scarfe) had disappeared. So I’ve been trying to make my own list since that time. Every time I think I’ve finished, having visited over 100 so far, another one pops up.” Ed told Bored Panda that people are still building new wavy walls in the UK. “From individual projects (like one at Ashbocking, built in 1999) to those peppering new estates (like those in a new development at Lavenham by architects Wincer Kievenaar) where they’re added as a nod to the local Suffolk style,” he said. “But the older ones can require maintenance or repair too, especially if driven into by a passing car (as happened at Easton in 2013). Due to the cost of a proper repair, some don’t survive.”

Crinkle crankle connoisseur Ed added that the advantages of serpentine walls are that they use fewer bricks, are ideal ‘hot walls’ for growing soft fruit in the concave alcoves, and give you “bragging rights over your neighbor!” Wavy walls aka crinkle crankle walls go by many names, most of which would appeal to Draco Malfoy. They are also known as crinkum crankum, serpentine, and ribbon walls. In 18th century England, wavy walls were used for growing fruit. That’s why back then they were usually built East to West, so that one side would always be facing South to catch the warming rays of the sun. A lot of crinkle crankle walls are found in the East Anglia region where Dutch engineers drained the marshes of The Fens in the 17th century. These engineers are thought to be the original builders of the serpentine walls in the UK. Back then, the Dutch called them slangenmuur—snake walls.

However, serpentine walls aren’t meant just for gardening. They also provide strategic advantages when defending against invaders. Because of their undulating design, attacking troops would be forced to break ranks and that would make them vulnerable to counterstrikes from defenders. Something to keep in mind if your garden’s ever invaded by apple thieves or sneaky squirrels.

Coronavirus And The Sun: A Lesson From The 1918 Influenza Pandemic 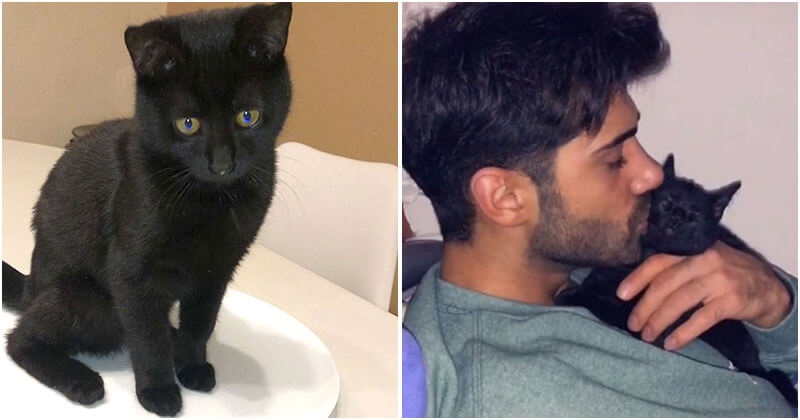