The winner’s work is a mesmerizing take on the classic Schröder Staircase. 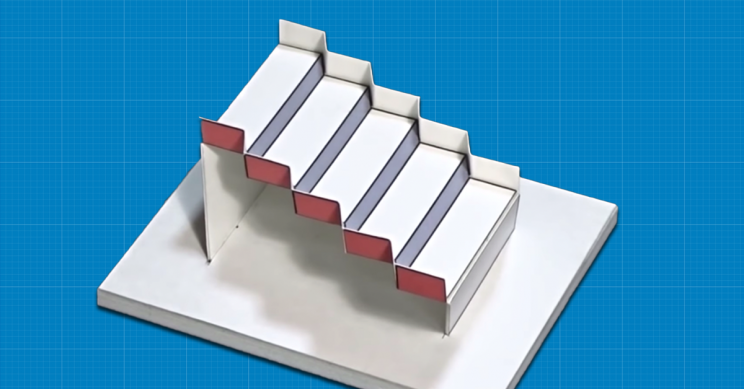 Best Illusion of The Year Contest/YouTube
As we approach the end of a rough 2020, we all need some interesting or at least some distracting news. Luckily, the Best Illusion of the Year contest has announced its winner and it is quite a mind-boggling entry.

Called the 3D Schröder Staircase, this illusion features a staircase that twists and turns to seem like it’s working from both sides. It’s a mesmerizing take on the classic Schröder Staircase published in 1858 by the German scientist Heinrich G. F. Schröder.

By introducing the 3D element, this illusion takes the staircase to another level, allowing you to see the second staircase in the illustration without ever having to move it around. In fact, the 3D model makes both the staircases appear and disappear continually.

If this 3D staircase has impressed you, Sugihara offers a kit to design your own on his website. In the meantime, you may want to check out the second and third prize winners of this exciting contest.

In the second place, is a Coke can reflected into a mirror that is indeed just another Coke can. The illusion poses the question: what is the real thing? Meanwhile, the third prize is a bunch of grid letters that appear 3D but are in fact just illustrations.