Menu
Home
>
Other
>
20 Times People Decided To Wear Improper Outfits For Job Interviews, As Shared In This Online Thread

Don’t judge a book by the cover, they say! Yet many employers judge people’s personalities based on their attires while taking job interviews. Sometimes, it is true that one’s appearance and dressing style conveys a strong message about their personality but it’s not always the case. Sometimes, people dress a certain way due to some personal issues or just because they want to.

Recently, someone asked on the r/askReddit, “Employers of Reddit, what is the most inappropriate piece of clothing someone has worn to a job interview?” and many people revealed the weirdest outfits they’ve ever seen in job interviews. Scroll below to read some of them, and tell us what you think about this. How important is the dress code during the interviews? Comment below. 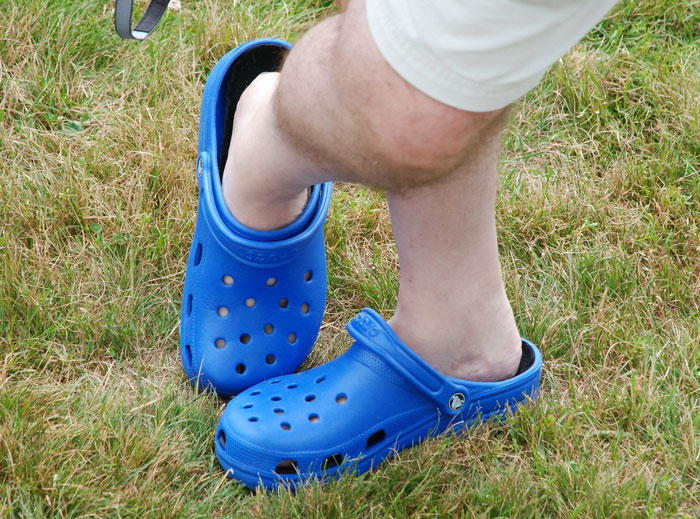 He came in to the IT interview in polo, khakis and aqua colored Crocs with an anime maid blushing painted on one and lining up a sniper shot on the other. He was late because security was concerned about his mlp chain wallet. 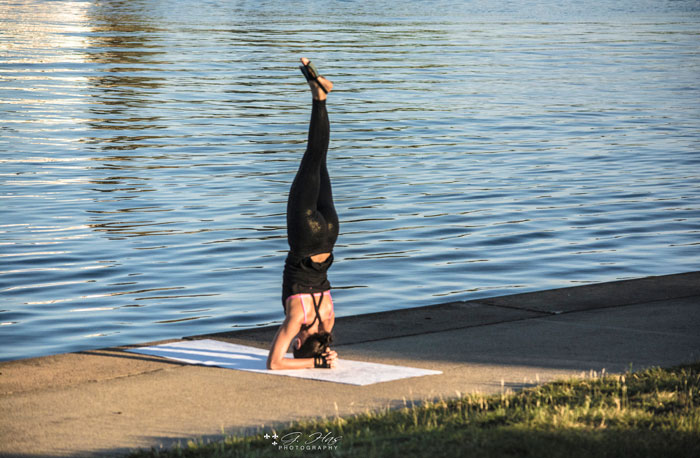 Had a candidate come in for a recruiting role. She was young and beautiful. But she was wearing some of the tightest yoga pants ever. Nothing was left to the imagination. Her top looked great though. 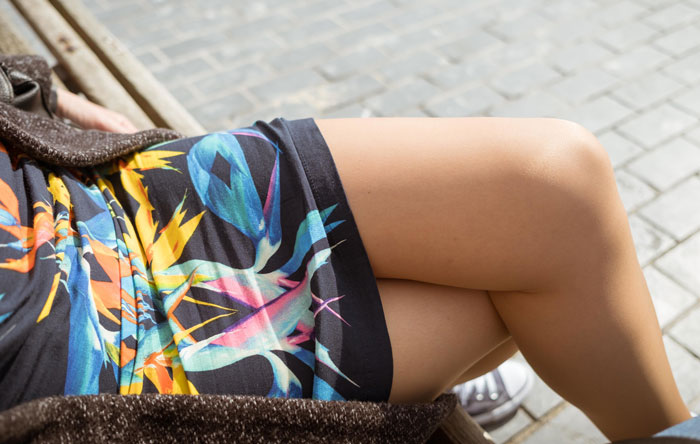 But, I ended up hiring her because she had experience. Turned out she was pregnant, coming from school, and her husband had met her at the interview site so she could change clothes and that is what he had brought. She was so embarrassed, but did not have time to go home and change into something else.

She ended up being the best worker I had ever hired.

Don’t judge a book by its cover. 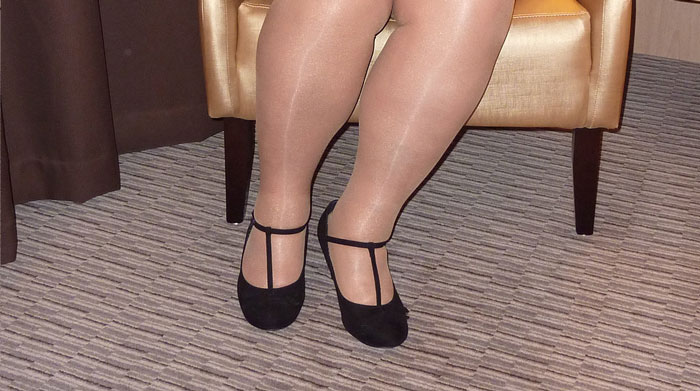 A pair of flesh colored leggings that made her look as if she wasn’t wearing pants at all, a sweatshirt that opened in the front, that had been pulled to the side a bit to reveal a lacy camisole top. We work as therapists. No f***ing way she got that job.

For more info, both her wig and glasses were askew. There was an odor somewhere between human and cat urine. And about halfway through she asked if she could take a break because she left her car running to charge her phone.

#5 Athletic Wear With Some Rollerblades On 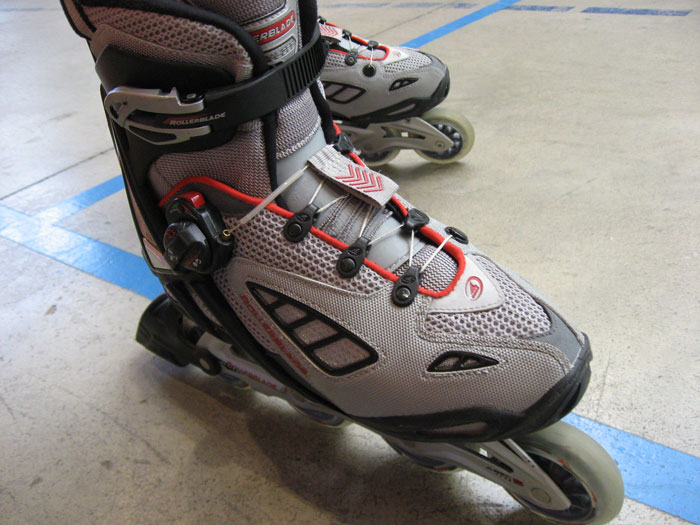 I was the person! This was 20 years ago, and I had just moved to the city. I was 17 and spent 3 weeks working as a hostess at Denny’s. A friend asked if I wanted to go rollerblading, so I was strapped into my roller blades and was wearing athletic wear. She then pulled up to her gym, had me walk in my roller blades up to the second story where the daycare was, and told me that I was interviewing for the Nanny job that she heard was available. I actually got the job because the woman who owned the gym was impressed that I could climb stairs in my roller blades! 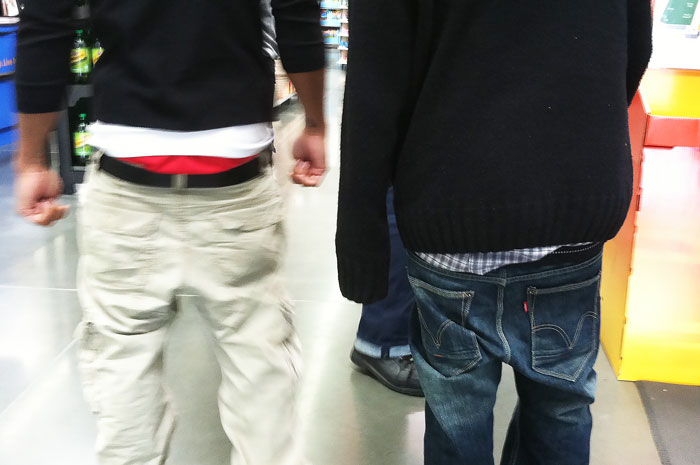 saggy pants with whitie tightie underwear. when he bent over to sign in at the desk you could see his whole butt (but not his butt hole) 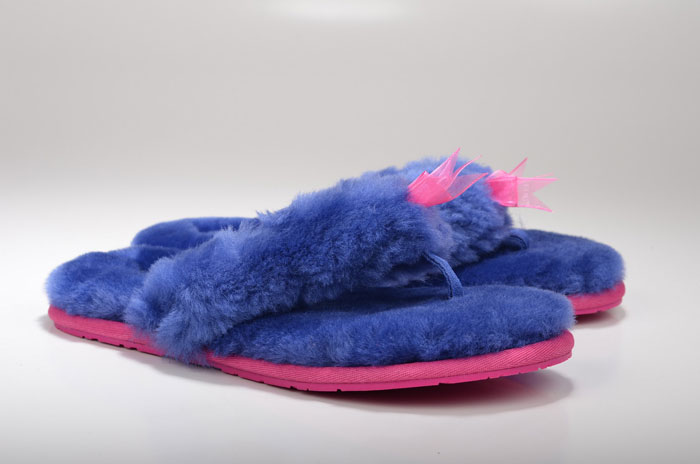 Someone came in to interview at my job wearing a Levi’s t-shirt with the sleeves ripped off, Daisy Dukes, and pink flip flops covered in pompoms. It was January in the UK. I don’t understand why she wasn’t blue with cold.

The look my manager gave me as she lead this woman to the interview room was amazing.

Not as bad as some of the others here, but it gave us a good laugh for a few days. 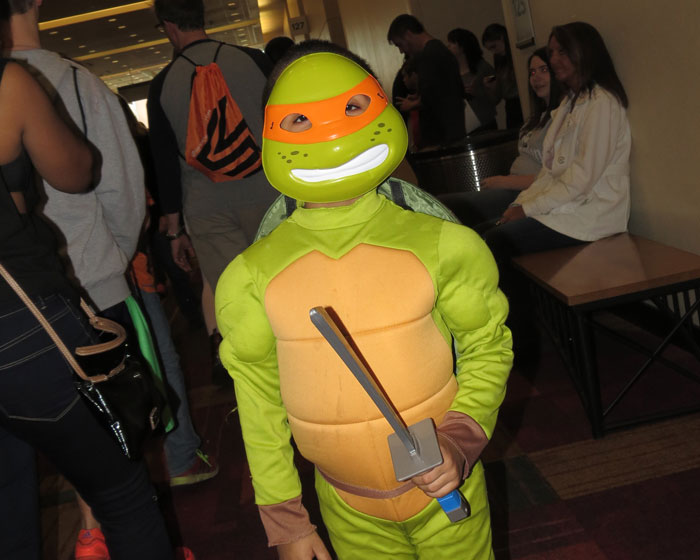 I was a recruitment manager for a call centre and Oh man, let me list a few:

1. 20 something-year-old strolling in with sweatpants that say “I SMOKE WEED 420” all over them. Literally.

4. leggings with way too much camel toe

5. a stripper who came to her interview straight from work.

6. An old man who for some reason made holes in his shirt for his nipples to be exposed.

8. A man who actually wore decent clothing but then tried to take off his clothing and lay ‘like a plank’ on the lobby floor. When he went to the elevator, he burned off the buttons with a lighter.

None of this is made up. What an experience. 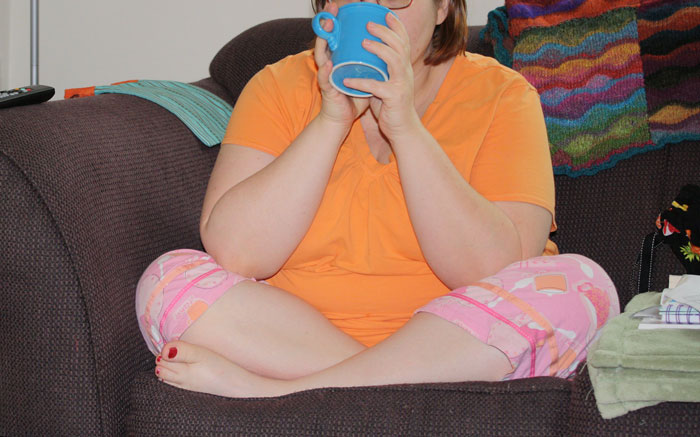 PJs she was pulled out of bed and brought to me and my boss for an interview she didn’t know she was having. After 5 minutes we offered her a job and she actually turned out really well. 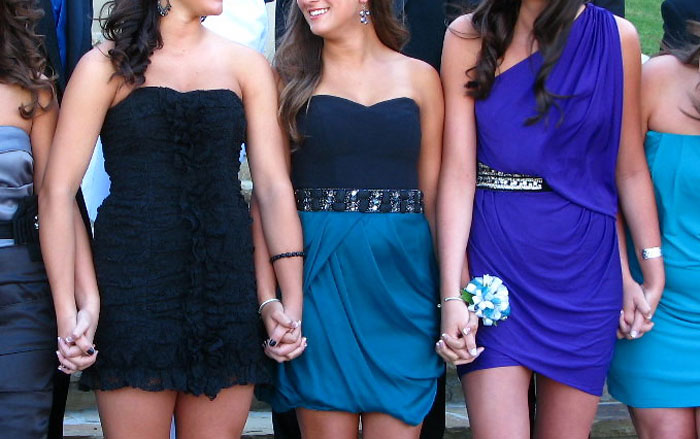 Homecoming dress. She knew she was supposed to dress up for the interview, and that was the nicest thing she had. I felt so bad; she was incredibly embarrassed. It was her first real interview, and in the end, I gave her credit for at least putting in the effort.

#11 Wore A Suit Instead Of Protective Clothing 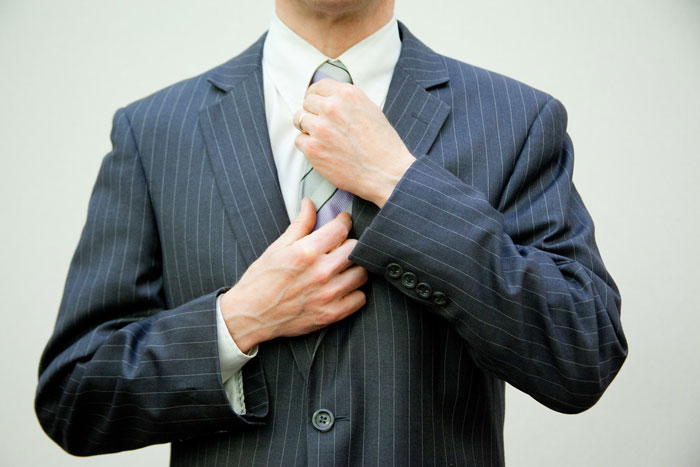 I was the one going to the job interview, when I was 16 I applied for a job at a well known auto parts garage, I thought we were meant to be in a full formal clothing e.g a suit, so I wore a full 3 – piece suit to the interview, when I got to the interview all the other candidates were wearing boiler suits along with work boots, when it was my turn to go in for the interview the interviewer was surprised (as I guess from his reaction), apparently all candidates were sent an email telling them to wear protective clothing and something which they would not mind getting dirty because we were meant to demonstrate the basic duties we would do whilst working at the garage e.g changing the oil in a car etc. Well I did no demonstrating that day but the interviewer did agree to let me come in the next day to do some demonstrations, i got the job and worked there for about 2 years, I honestly miss that job but I had to move for personal reasons 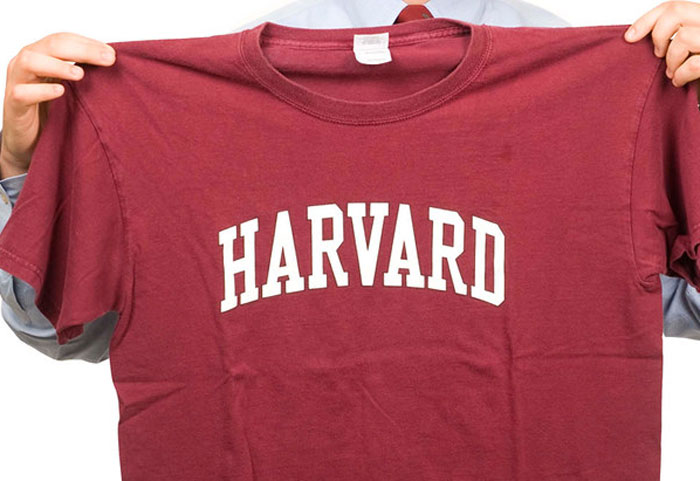 I worked in the US Senate a couple years back.

We were interviewing about half a dozen candidates for a pretty junior position. One of the interviewees was wearing a Harvard tee shirt, a Harvard jacket, and Harvard sweatpants. We were astounded.

The first question my coworker asked was “Did you go to Harvard?”. The guy did, and he handled the rest of the interview surprisingly well. He didn’t get the job but he did become a running joke in the office for a while. 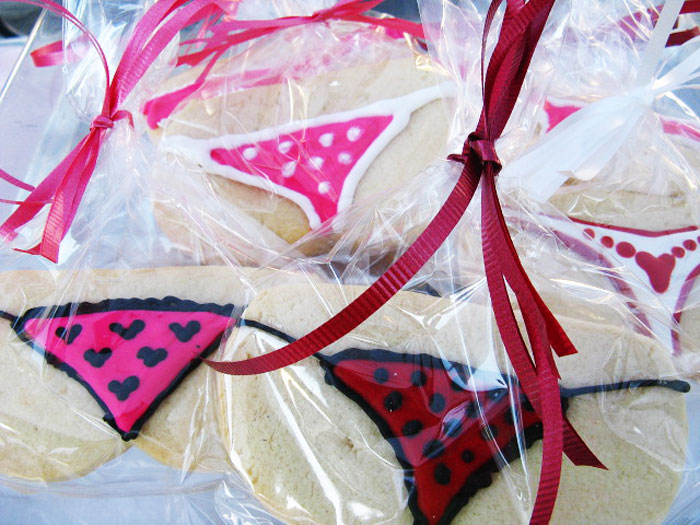 Not an employer, but I – a dude – had a lucky pink thong under my pants for an interview. Got the job. Would wear again. 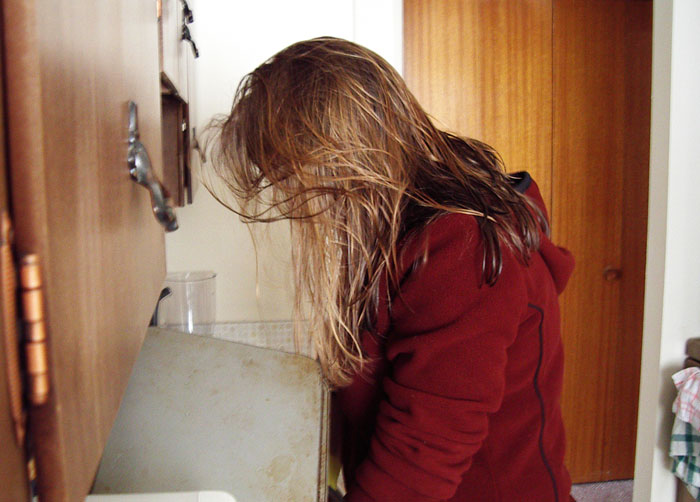 A few years back, I had someone show up fresh out of the swimming pool. Hair wet. Bathing suit and cover up on. Still wet. Hadn’t taken the time to dry off. I went through the interview and a test simulation of the job with her. She actually did very well at the simulation. When I took her to see my boss that made the ultimate decision, he took one look and said no. Didn’t ask about the simulation or anything, just no. 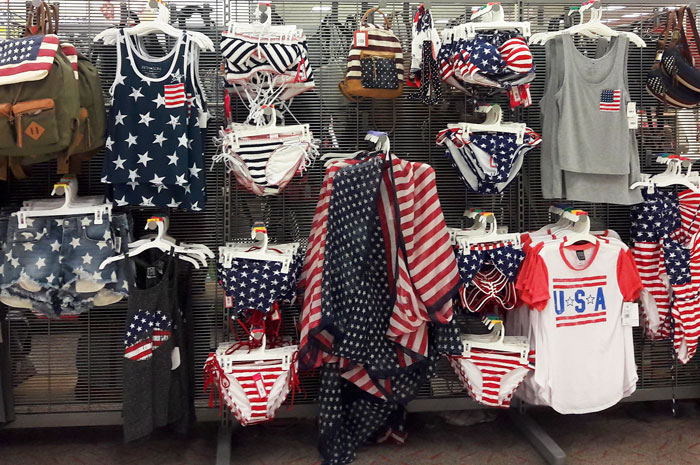 I saw one guy come from the country club pool in an American flag tank top and swim trunks to the clubs golf cart boy interview. He didn’t get the job and then came back a week later in a full suit apologizing for his previous attire. 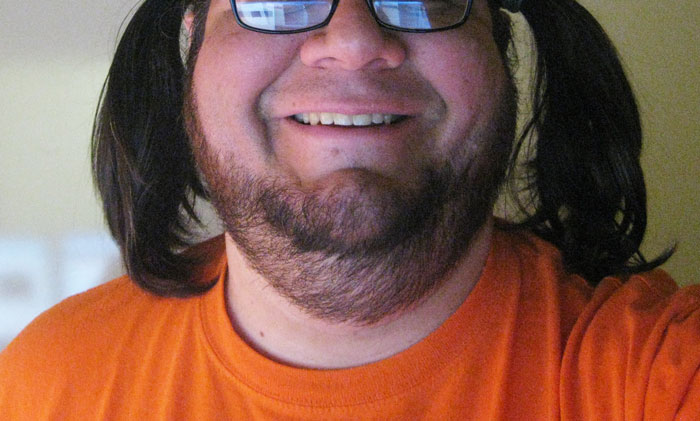 Late to the party but…

I had a young guy come in one day who I think was clearly trying to NOT get the job. Like his dad gave him an ultimatum to get a job or get out type of thing and he was just going to interviews to appease him.

He had his hair in pigtails high on the sides of his head with wire threaded in them so they’d stick out.

Black t-shirt that said “F**K’ on it in giant white letters. 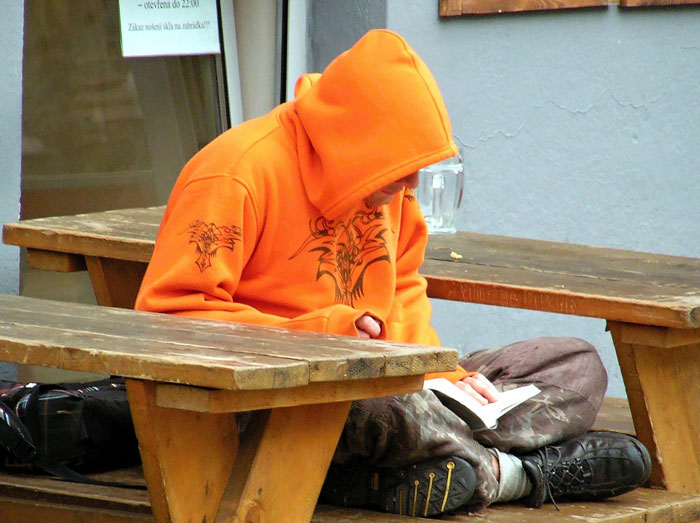 I worked for a high-end software development firm. We wore business casual, and were fairly on the “casual” end of that, but one day someone showed up to the interview in a bright fluorescent orange oversized hoodie, cargo pants, and sandals.

They did not get the job.

#18 Submitted A Torso Photo With No Shirt On 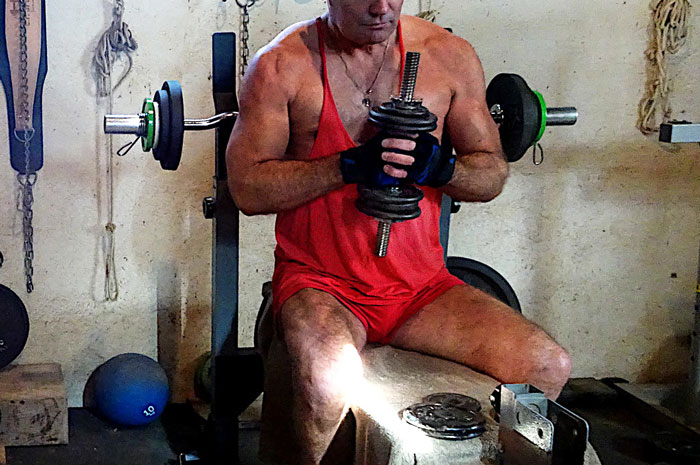 I worked with a guy who applied to the local big city Fire Department. Apparently all candidates had to submit a passport type photo of themselves, although I fail to see how that’s relevant. Diversity quota perhaps?

Anyways, this guy was a gym nut and also sent a full head and torso photo of himself, with no shirt on. When I asked him why, he replied “So they know I’m not a twink.”

Well, it must have worked, as Twinky is now a firefighter. 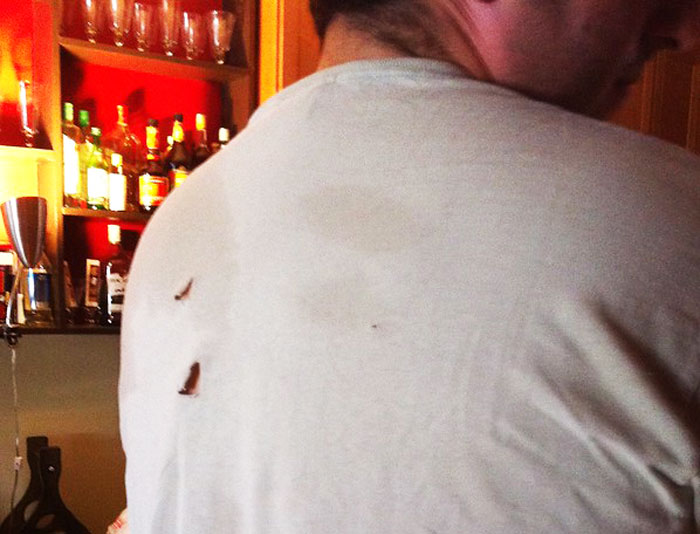 Back when I was an hourly manager at Walmart, a guy came in with greasy hair, a white t-shirt full of holes, and sweat pants. AND to top it all off, he looked like he had a semi…

Surprisingly he didn’t smell, and the clothes actually looked clean- so that was good? But still, I gave him a hard no, but the overnight assistant gave him the go. Because he wasnt going to be on her shift, and she thought it was hilarious.

This guy was a f**king nightmare. Wore that same “outfit”, now never washed, almost daily. Smelled like death, a*s, and cumin. And he was crazy. We were finally able to fire him after he pulled out his pocket knife and cut his coworker. Thankfully the cut didn’t cause any real damage to the kid. 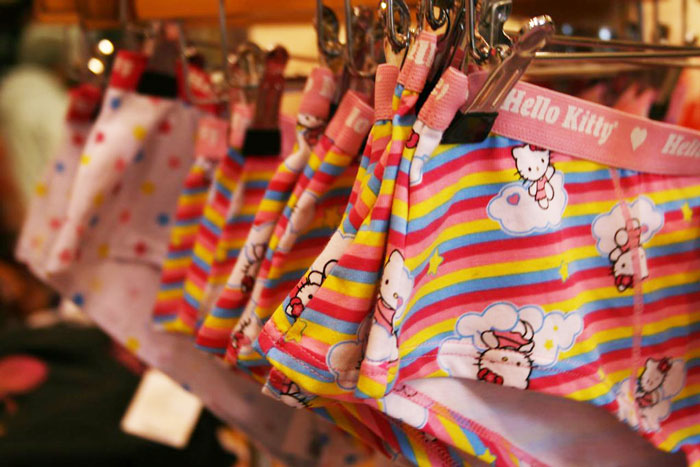 I had an interviewee for a entry-level, customer service position at a large company show to our interview 15 minutes late in Hello Kitty pajama bottoms, a matching backpack, a bright pink hoodie, and warm and fuzzy slippers.

I didn’t even bother with the interview as she was late, but that has to be one of the most unprofessional attire I’ve seen in my hiring experience.

The other I recall was a young woman interviewing for a customer service position at the airline I was at in an extremely low cut blouse and short skirt, all in black. Mentioned something during the interview about how she hasn’t smoked weed in a couple weeks and wanted to make sure we knew she wasn’t high.