It is not easy to photograph a wild animal. People who do this need to have the virtue of patience.

An unusually beautiful picture of a deer in the wild has been recorded here.

The goal of this photographer was a little different, yet he missed the opportunity to be photographed with the deer even though the deer was very close to him. 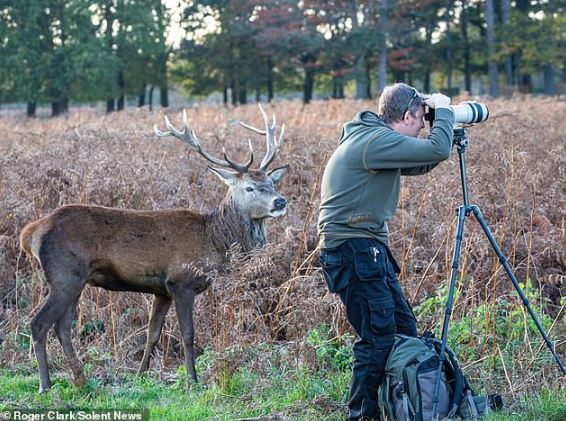 He was pointing the other way with his camera. He had no idea that behind him was an amazing animal in Busy Park, west London.

He was not very happy because he missed the opportunity for some fascinating photos because of something that stole his attention.

The photos we’re going to post here were actually taken by Roger Clark, a truly amazing photographer who enjoys photographing wildlife. This time he was focused on the goal of photographing deer. 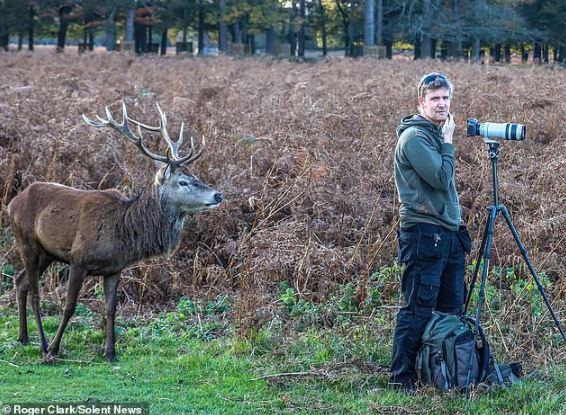 At one point he saw a man facing in one direction, completely unaware that behind him was this magnificent animal. That moment was photographed because he thought it was a funny scene.

After a while, the deer left, and the photographer didn’t seem to realize what a chance he really lost.