Photographers around the world celebrated the glory of manmade architecture by uploading their work to the free AGORA photo app. Over 10,000 photographs were submitted to Agora’s latest photo contest, with photographers asked to share their best shots of unique architecture. In the end, Tran Tuan Viet took home the $1,000 top prize for his image of Vietnam’s Golden Bridge.

Located in Danang at the Bà Nà Hills mountain resort, the Golden Bridge appears to be lifted in the air by giant concrete hands. The Vietnamese photographer’s image captures the majestic spirit of the architecture, which hovers almost 4,600 feet above sea level, in this aerial view of the bridge. The photograph is the perfect winner of the #Architecture2020 contest and demonstrates the power humans have to make an impact on the landscape.

“#Architecture2020 is a spectacle about the beauty that results from the interaction between light and volumes,” shares Octavi Royo, Agora’s CEO & Co-Founder. “The contrast between chaos and order, nature and the artificial, matter, and emptiness. Particles of photons bouncing off constructed volumes portrayed by the world’s great photographers.”

From the UK and Germany to Pakistan and Indonesia, these international views of architecture show the creativity of the human spirit. The top 50 finalists each captured their own vision of architecture, photographing both the well-loved buildings and anonymous edifices that shape our world.

Each weekly AGORA photo contest is a truly democratic affair, with amateurs and professionals able to both submit their work and vote on the finalists. If you want to take part, all you need to do is download the free app and upload your photos. 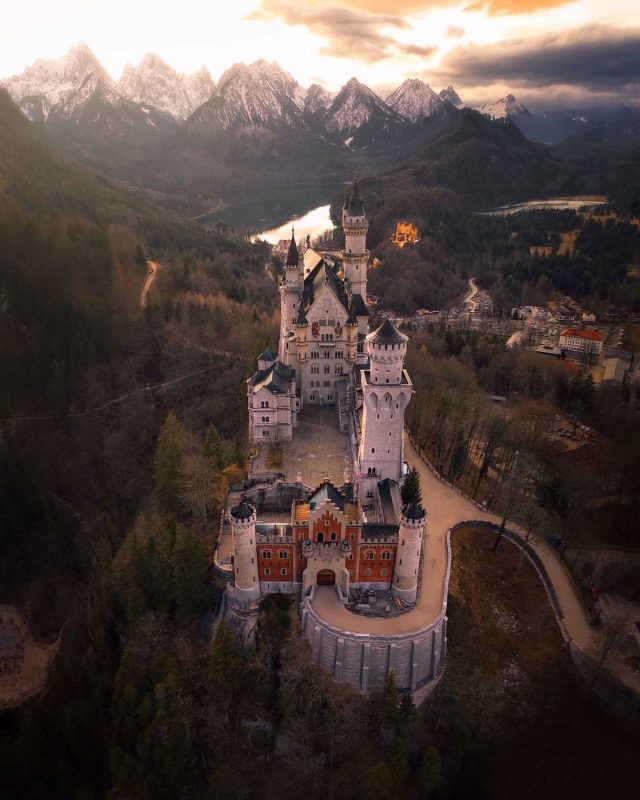 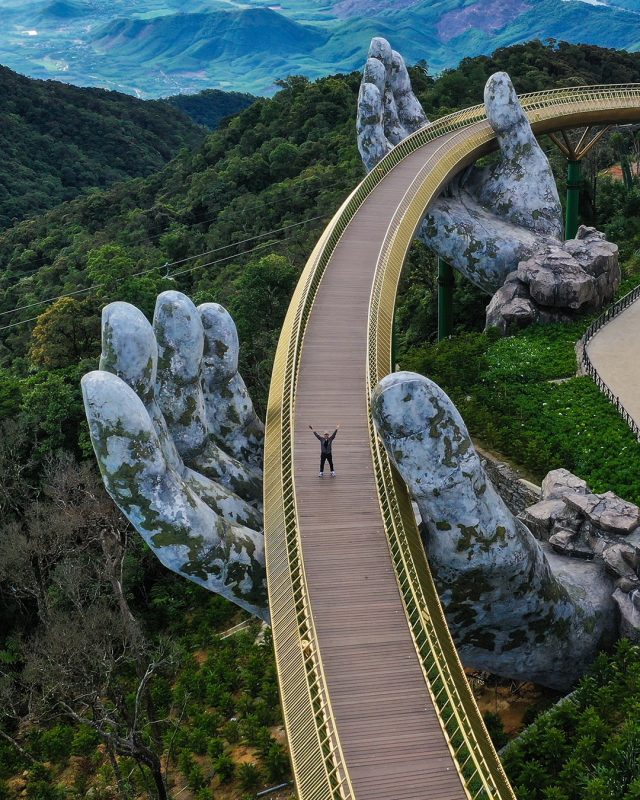 “Golden Bridge” by Tran Tuan Viet, Vietnam. Winner #Architecture2020
Location: Danang, Vietnam
The Golden Bridge has been built at around 1,400 meters above sea level. It is divided into eight spans (the longest one is equal to 20m), with a total length of 148,6 meters. This impressive architecture work has the peculiarity of being held by two giant concrete hands, representing the Mountain God’s hands. 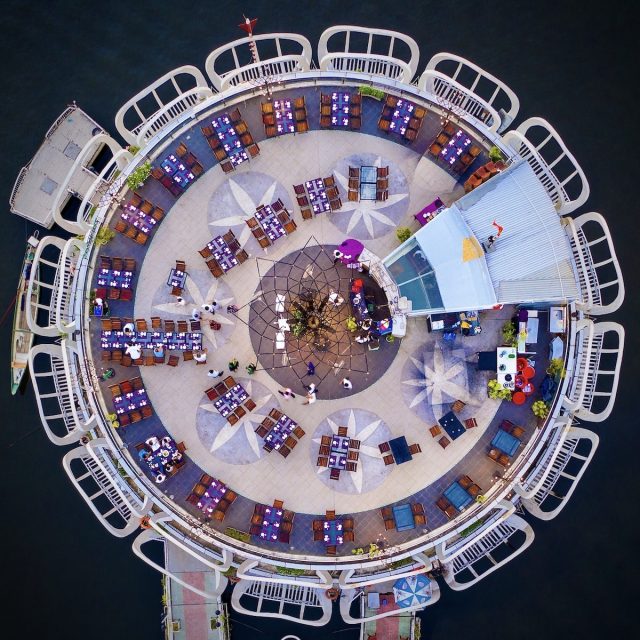 “Aerial View” by Phạm Huy Trung, Vietnam.
Location: Hue, Vietnam
“This floating restaurant located on the Huong river can be better admired from above.” 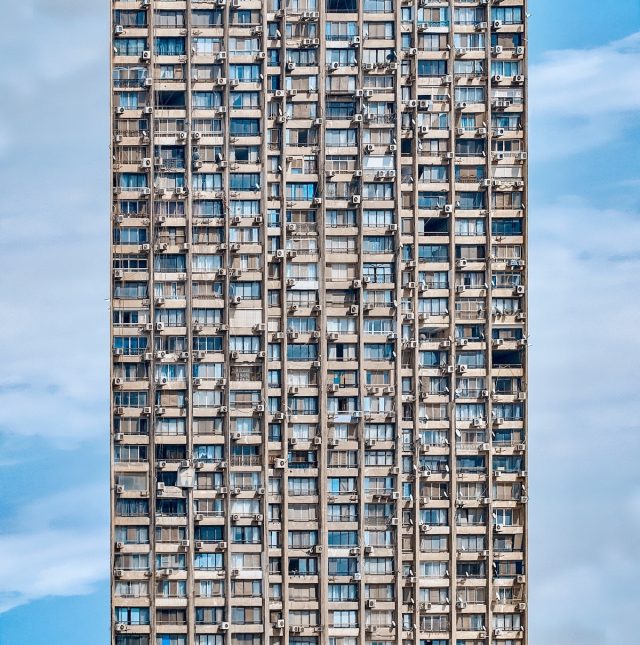 “Cairo” by Banu Diker, Turkey.
Location: Cairo, Egypt
There was wonderful weather and the sky was clear and blue. The rustiness of the building was the only different color in the picture, because the reflection on the windows reflected the same blue as the sky. When I realized this, I thought the contrast was beautiful and I took the photo. 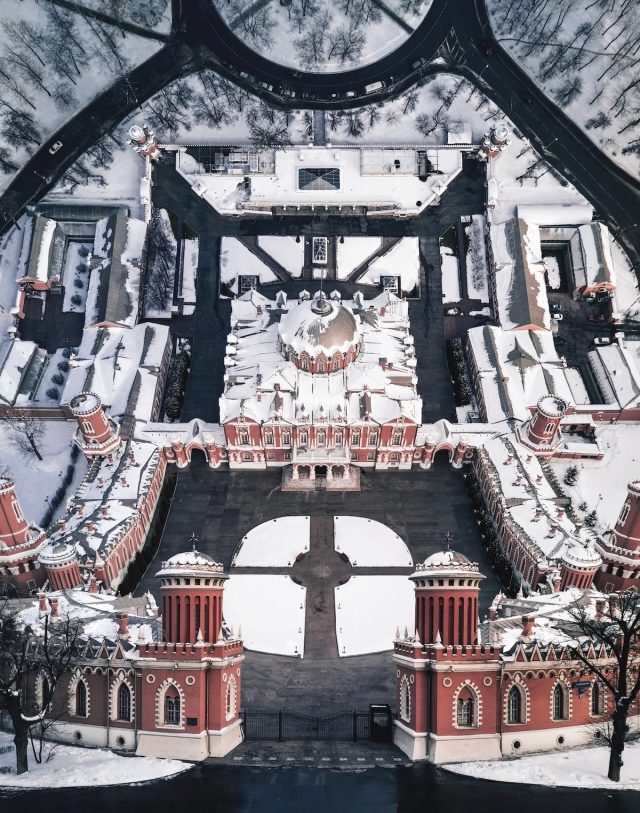 “Inception” by Yura Borschev, Russia.
Location: Petrovskiy Track Palace, Moscow, Russia
Peter’s Palace is located at the gates of Moscow and was erected in the years 1776-1780, serving as a residence for noble people after a long journey from St Petersburg to Moscow. I wanted to capture its amazing architecture using a technique called “Inception”. There are 9 photos from different angels manually merged into one photo. 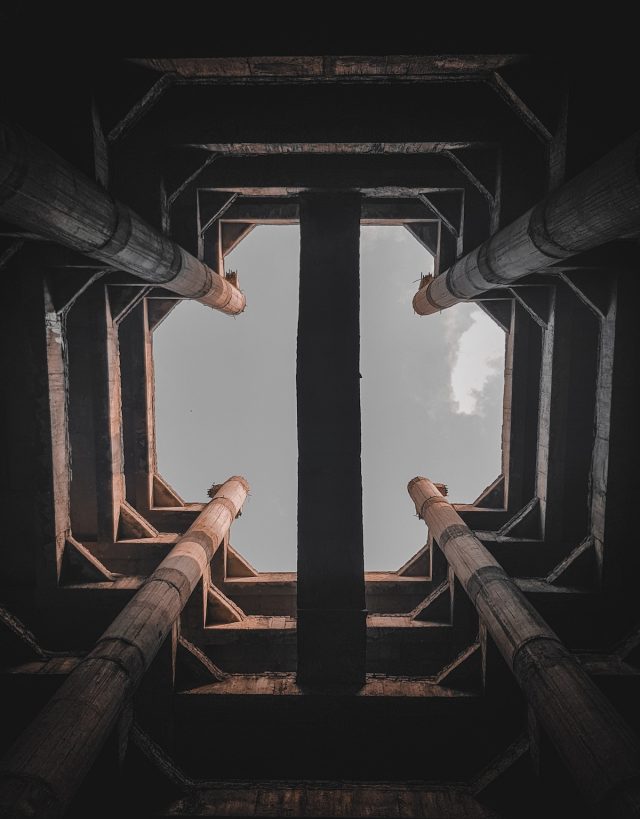 “Infinity and Beyond” by Abdullah Sarwar, Pakistan.
Location: Lahore, Pakistan 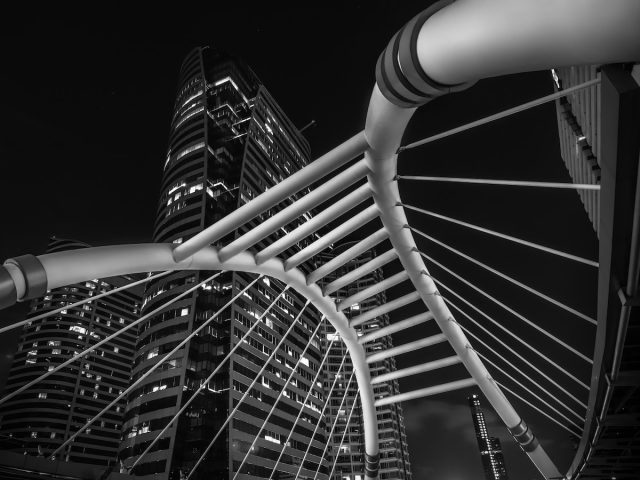 “Sathorn bridge” by Genny Sian, Italy
Location: Sathorn footbridge, Bangkok, Thailand
I really love architecture, so I wanted to photograph some of the modern buildings in Bangkok during my trip there. The Sathorn bridge caught most of my attention. I love its lines and curves, I just wanted to make the most out of it enhancing the shapes with some distortion, taking the picture from below. I spent a few hours there that day, went from daylight to evening, without even getting tired. I found that place to be very inspiring and hope I gave it good justice. 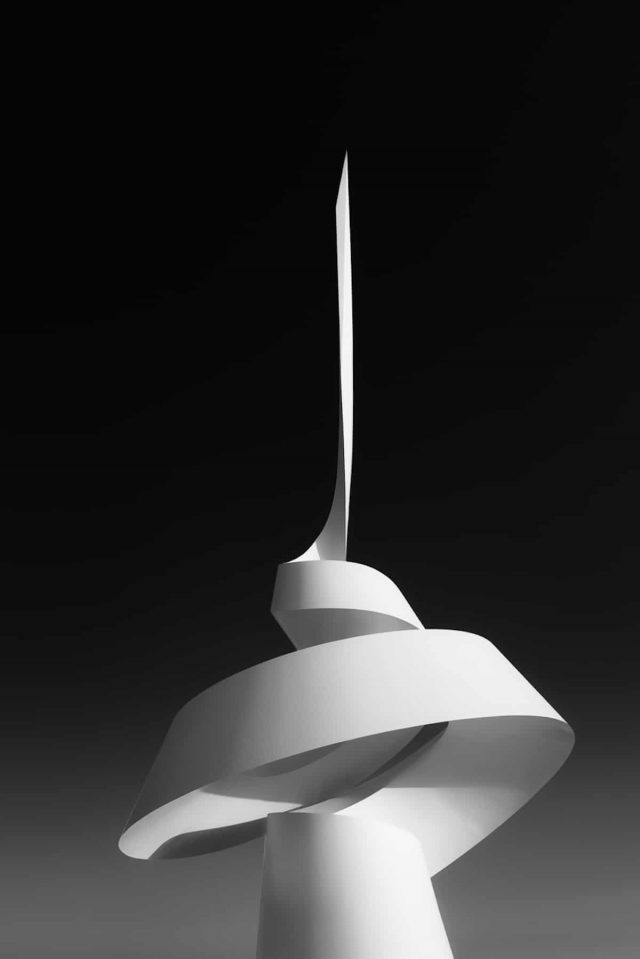 “Sharjah” by João Galamba, Portugal.
Location: Sharjah, UAE
The Scroll monument, a Gerry Judah’s creation, is a contemporary interpretation of the ancient Arabic scrolls – a single, 36m high, spiraling sculpture that loops towards the sky. The Scroll monument is a true spiral with no connection between the loops as they pass each other. At points, there is no more than 150 mm (six inches) between the loops. The structure itself is extremely light and extremely stiff, so as to counterbalance the desert winds. The design and inspiration are representative of a celebration of reading and the power of books to unite people, in a year when Sharjah was designated the World Book Capital, by UNESCO. 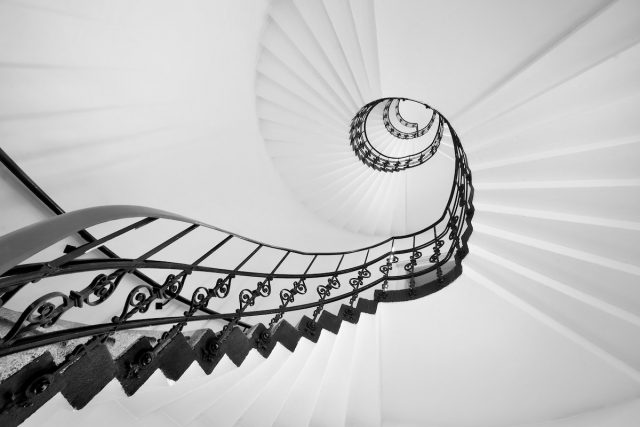 “Stairway to Heaven” by Perry Wunderlich, Germany.
Location: Hamburg, Germany
I was in Hamburg for 2 days and spent my time photographing the beautiful stairs across the city. I like such abstract pictures where you don’t immediately grasp what it is. 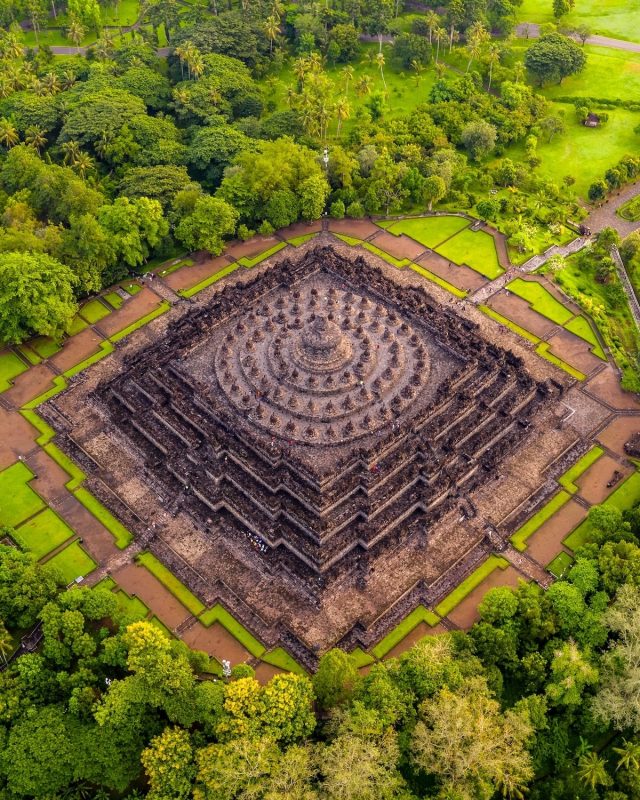 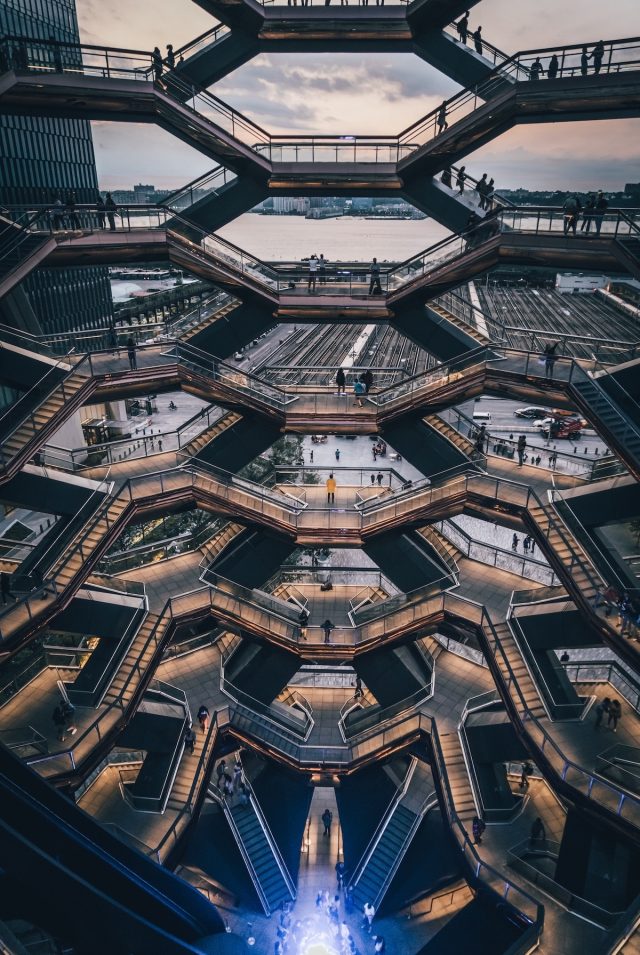 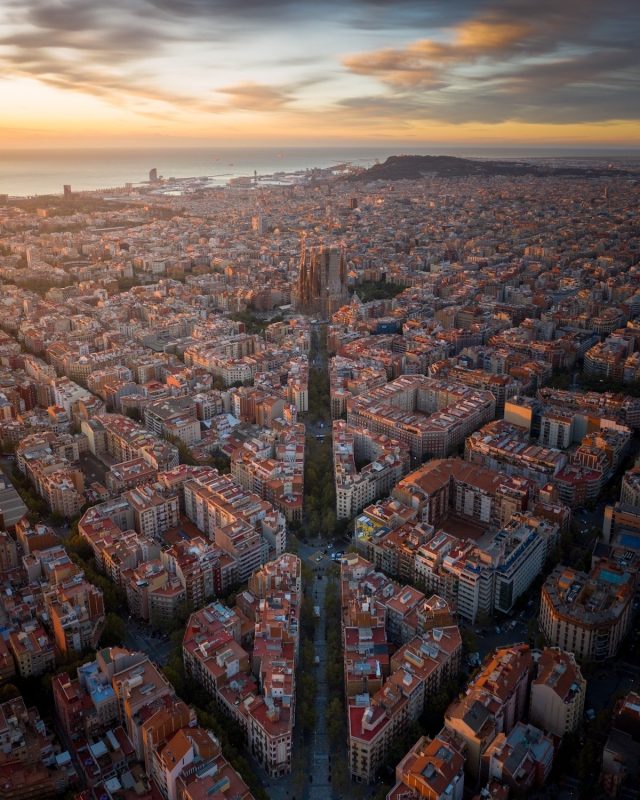 “Urban Grid | Barcelona” by Lee Mumford, UK.
Location: Barcelona, Spain
I wanted to get up high and show the unique pattern from a different angle. It’s beauty that can be hard to imagine from the street level. This was an early start, to capture the magical city under some nice morning light. The previous days before this shoot, it was cloudy so I waited for a clear day to capture the light kissing the buildings. 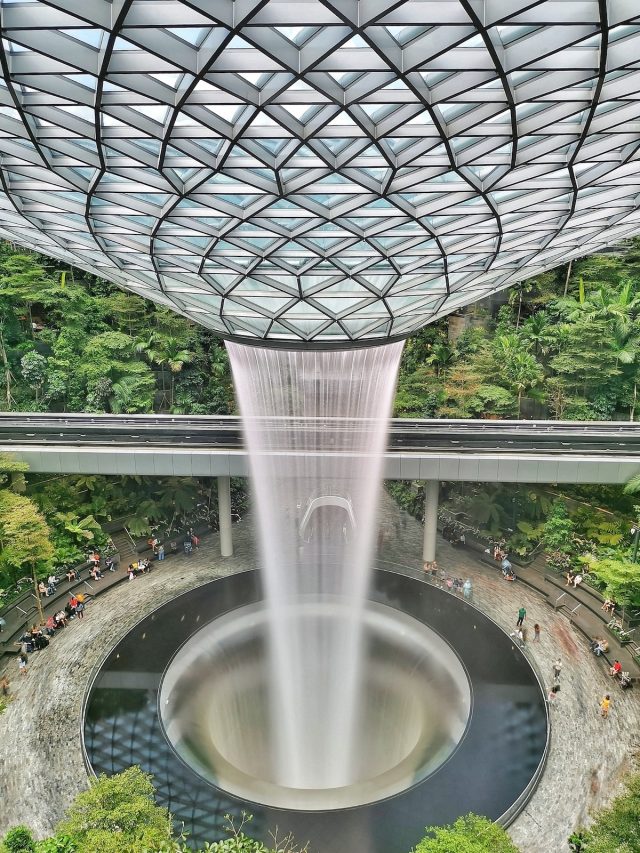 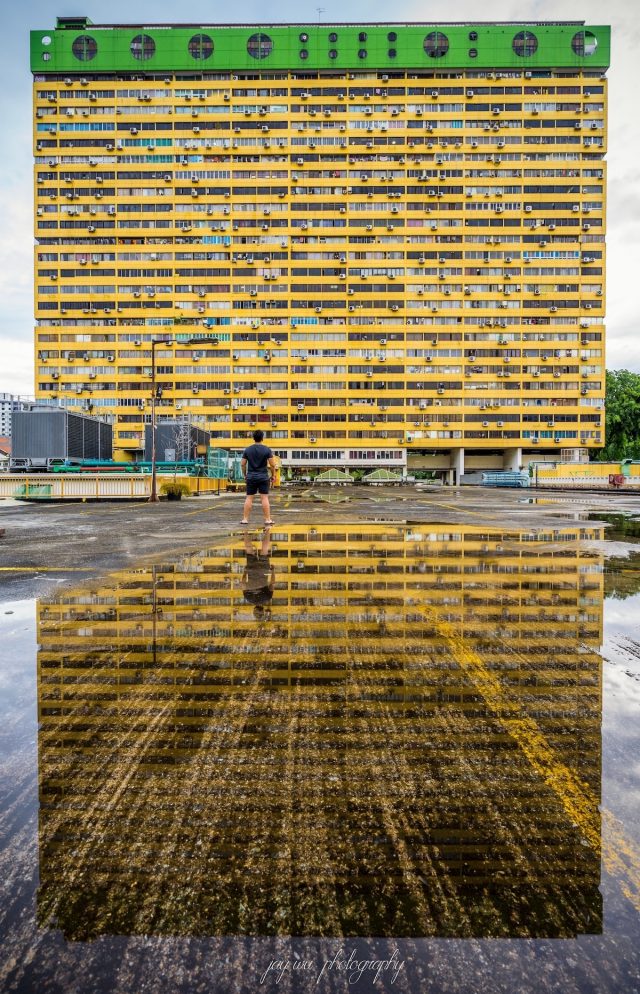 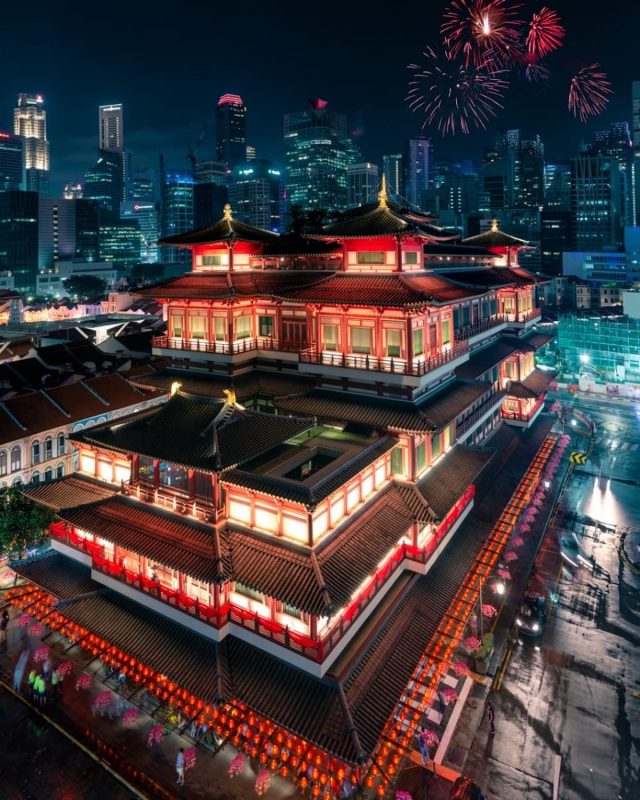 “Chinese New Year in Singapore” by Ghislain Fave, France.
Location: Buddha Tooth Relic Temple, Chinatown, Singapore
This was taken from a condo building just behind the temple. I wanted to show the contrast between this place of worship and the modern district of Singapore in the background. 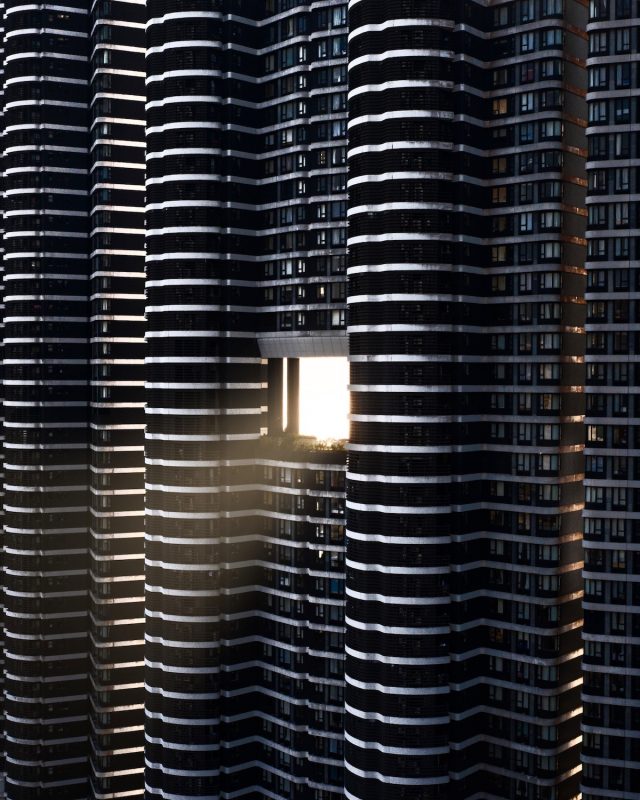 “Light Through the Dragon’s Gate” by Blair Sugarman, UK.
Location: Hong Kong
These quirky cut-outs have long been rumored to exist for purposes of Feng Shui, an ancient Chinese system of summoning happiness and fortune through an individual’s surroundings. Such holes, it is said, act as gateways for “spirit dragons” that reside in the hills behind the towers — blocking the dragons’ path to the water could bring misfortune to local residents. At this time of day, the light was perfect as the sun sets – the key emotion I was looking to evoke is curiosity and wonder at the uniqueness of Hong Kong building structures. 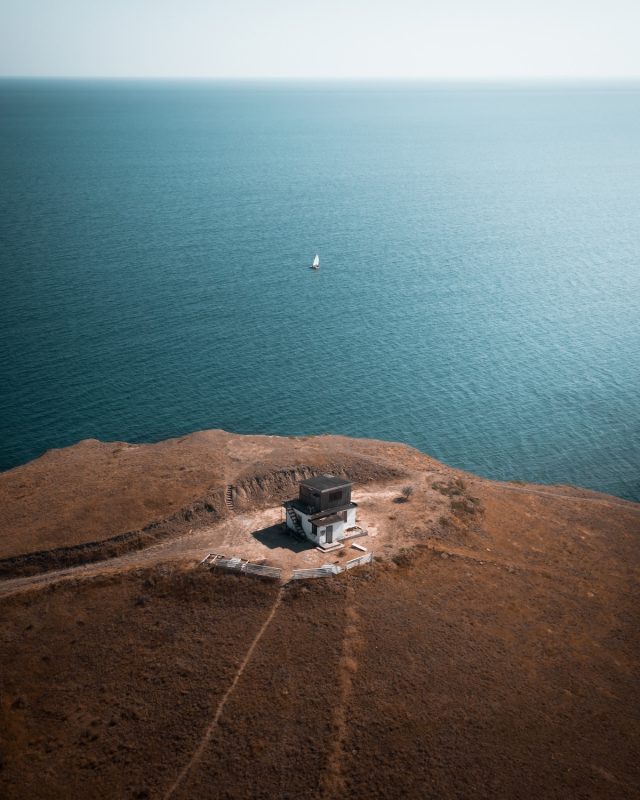 “Lonely House” by Artem Pikalov, Russia.
Location: Crimea, Russia
I wanted to convey the peace of being in such a secluded place in solitude. In the current bustling rhythm of life, it is sometimes important to spend time in silence, disconnecting from gadgets and social networks. On the day I took this photo, I found out that I would finally become a dad! 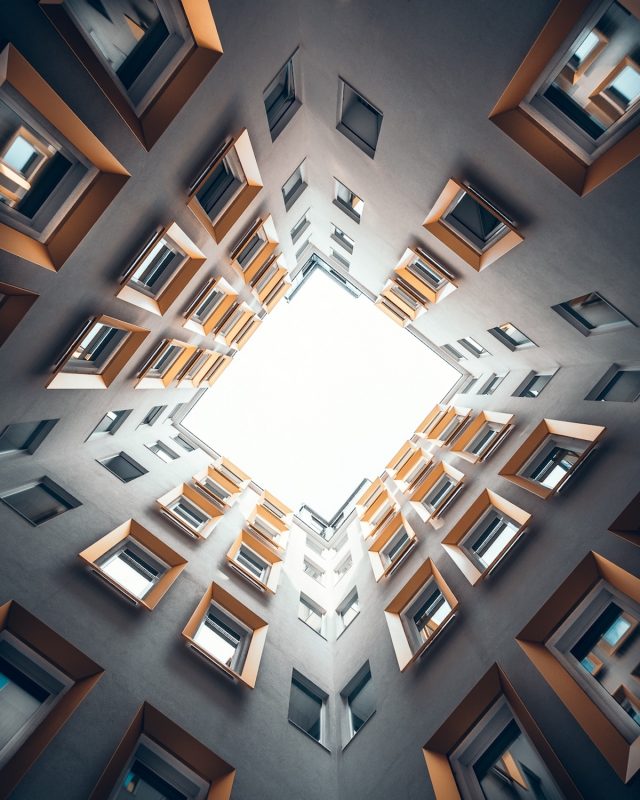 “Modern Lookups” by Sebastian Burziwal, Austria.
Location: Vienna, Austria
When taking photos I sometimes like to change my perspective. So, lookups are the perfect thing to do! I’d seen some shots from this place before, but I never knew exactly where it was so I had to ask a lot of people to find out. It’s one of Vienna’s most classic lookups in the city center. 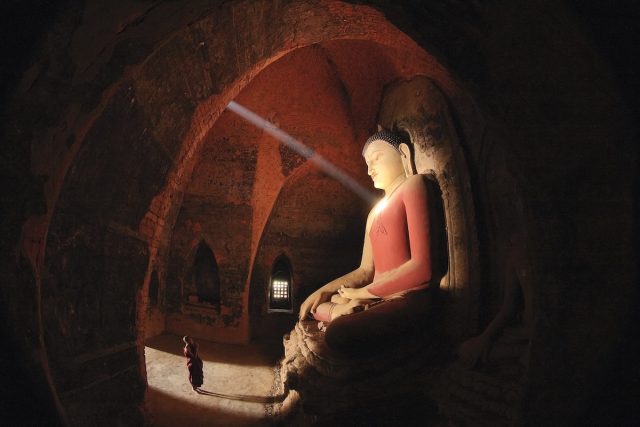 ‘Pahtotharmyar’ by Aye Chan Tun, Myanmar.
Location: Pahtotharmyar Temple, Bagan, Myanmar
Every day, novices living near the temple pay their homage to the Buddha statue. The photo required a meticulous organization because the sun shines through during a very short moment. 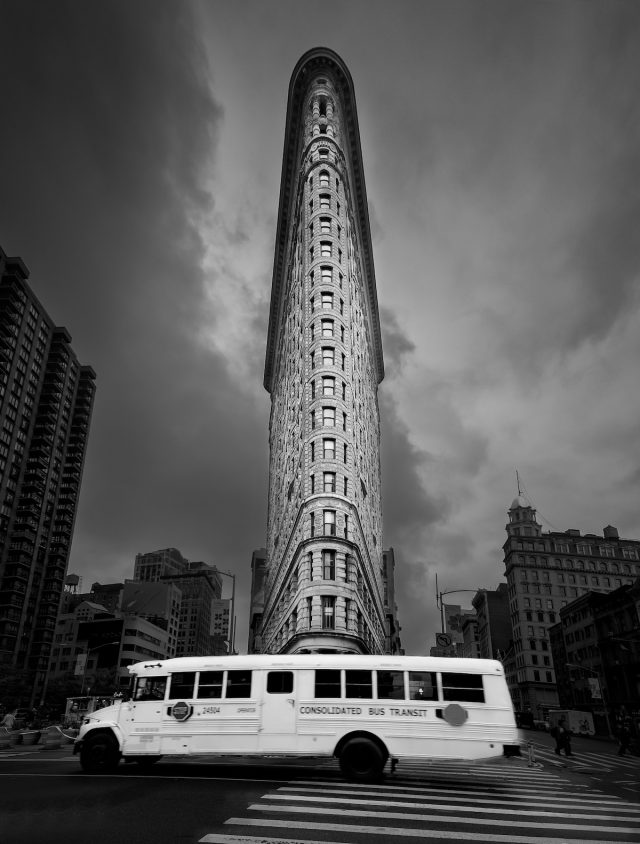 Øystein Karlsen, Norway.
Location: New York City, USA
I wanted to enhance the special architecture of the Flat Iron building by using a wide-angle lens and a very low perspective, using the inbuilt distortion when tilting the camera down. Laying flat on the pavement in the busy NYC streets was very stressful, so when I started moving around, I had forgotten to close my camera bag and my 70-200 mm fell on the ground. This picture cost me about 1,200$ for the repair on a lens I didn’t even use!

19 Photos Showing A Majestic Black Panther Roaming Through the Jungles Of India
15 Pics Of Popular Dogs Breeds Showing How They Changed Over The Last 100 Years
Paper Quilling Artist Vesna Rikic Recreates Van Gogh’s Starry Night Painting
15 Amazing Photos That Show How Fascinating Nature Is
People Are Recreating Terrible Thrift Store Art At Home And It’s Hilarious (40 Pics)
The Day in Photos – May 6, 2020
20 Actors Who Missed Out On Epic Film Roles
30 Celebrities Before And During The Quarantine

People Are Sharing The Most Ridiculously Fake Photos They’ve Found On Instagram (30 Pics)
35 Funny Comics For Those Who Love Dark Humor And Unexpected Twists
“Thrive” Is A 14-Ton Sculpture By Daniel Popper That Features Live Plants And An Archway You Can Wal...
Famous Quotes About Endangered Species
These 30 “Success Pictures” Might Be The Motivation You Were Looking For
30 Couples Who Still Made Their Weddings Work Despite The Quarantine Messing Up Their Plans
27 Photos That Will Help You Understand The Size Of The Earth A Little Better
34 Funny Comics By Thais Vanderheyden Illustrating What It’s Like To Be Stuck In Quarantine With Her...
Copyright © 2020 Design by Seat.
error: Content is protected !!
This site uses cookies: Find out more.