A juvenile bar-tailed godwit – known only by its satellite tag number 234684 – has flown 13,560 kilometres from Alaska to the Australian state of Tasmania without stopping, appearing to set a new world record for marathon bird flights.

The five-month-old bird set off from Alaska on 13 October and satellite data appeared to show it did not stop during its marathon flight which took 11 days and one hour.

Tagged in Alaska, the bar-tailed godwit, Limosa lapponica, flew at least 13,560km (8,435 miles) before touching down at Ansons Bay in north-east Tasmania.

According to a Facebook post from the Pūkorokoro Miranda Shorebird Centre in New Zealand, 4BBRW’s record had been “blown out of the water by this young upstart”.

Scientists track the bird using a 5G satellite tag attached to its lower back. 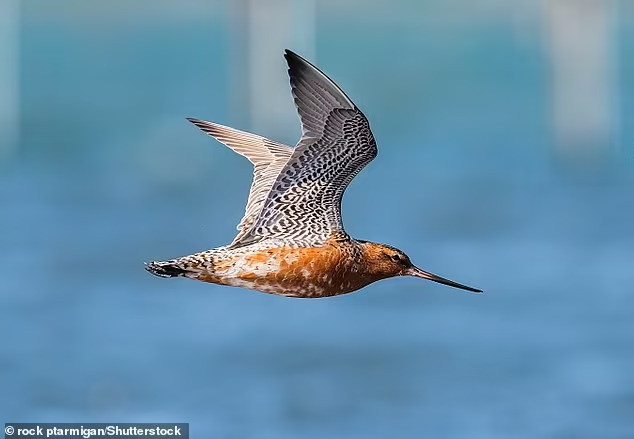 According to data from the Max Planck Institute for Ornithology’s bird tracking project, the migratory bird took a route to the west of Hawaii, continuing over open ocean and flying over the Pacific island nation of Kiribati on 19 October.

About two days later the bird would have seen land again, shooting over Vanuatu and continuing south taking a track about 620km east of Sydney and continuing between Australia’s east coast and New Zealand.

On 23 October, the bird and any others flying with it took a sharp right and headed west to arrive at Tasmania on 25 October.

Sean Dooley, of BirdLife Australia, said: “The most amazing thing is that juveniles migrate separately to the adults. Adults take off from the Arctic sometimes up to six weeks earlier.”

Juveniles would spend that time fattening-up for the long migration south. “That bird is likely to have been in a flock. This record is for continuous flying and it’s just incredible,” Dooley said. 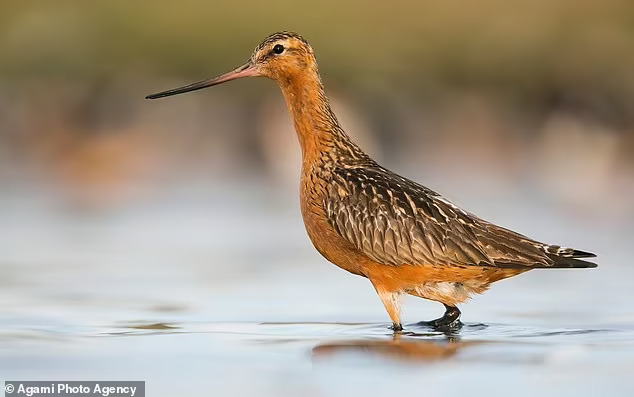 He said the birds were able to shrink their internal organs to make more space for fat stores.

The Pūkorokoro Miranda Shorebird Centre said it had produced souvenir tea towels for the previous record holder 4BBRW and may now have to have a new set made.

… we have a small favour to ask. Millions are turning to the Guardian for open, independent, quality news every day, and readers in 180 countries around the world now support us financially.

We believe everyone deserves access to information that’s grounded in science and truth, and analysis rooted in authority and integrity. That’s why we made a different choice: to keep our reporting open for all readers, regardless of where they live or what they can afford to pay. This means more people can be better informed, united, and inspired to take meaningful action. 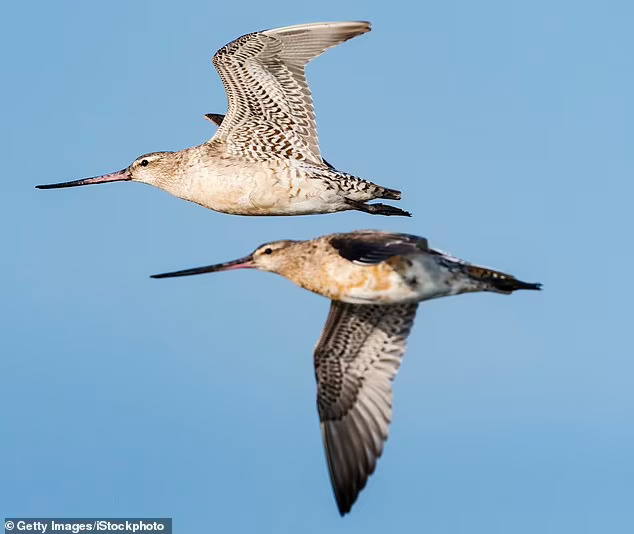 In these perilous times, a truth-seeking global news organisation like the Guardian is essential. We have no shareholders or billionaire owner, meaning our journalism is free from commercial and political influence – this makes us different. When it’s never been more important, our independence allows us to fearlessly investigate, challenge and expose those in power