At first glance, we may think that the outfit Kim Kardashian wore to the Met Gala is a stunning but very simple nude dress, and that can’t be farther from the truth since the gown is actually part of Hollywood’s history.

We at votreART wanted to tell you all about the garment’s former glory and what the ’Keeping up with the Kardashians’ star had to do in order to be able to wear it.

A little bit of the garment’s back story. 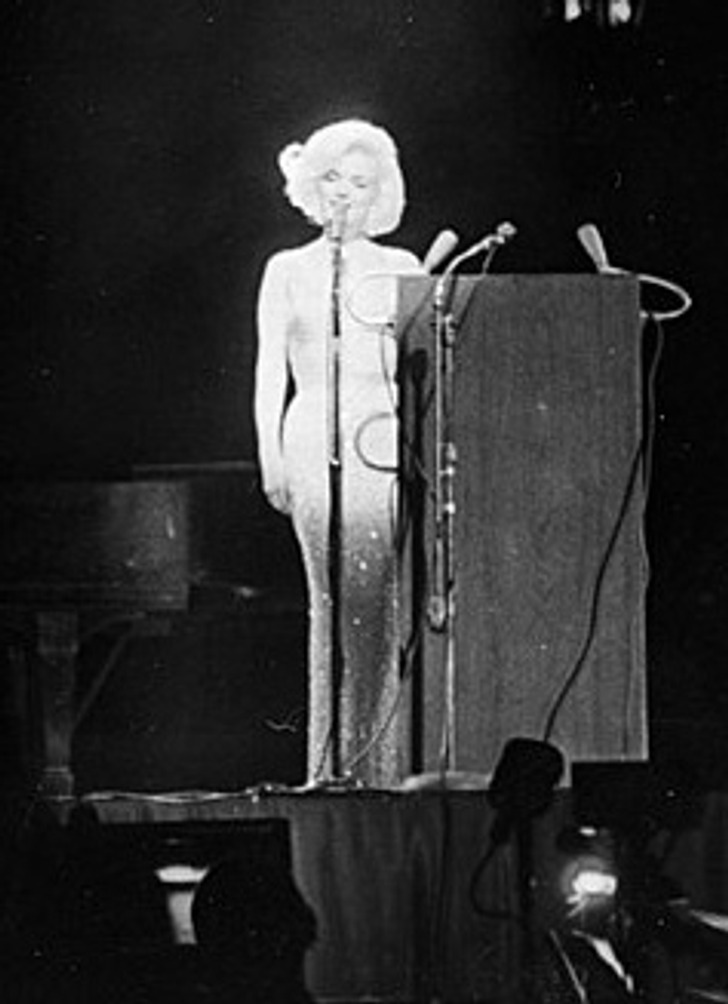 Let’s travel back in time to1962, when Marilyn Monroe gave a serenade to president John F. Kennedy at Madison Square Garden. Where she sang the lyrics to the well known song “Happy birthday”, which led to the nickname of the gown to the “Happy birthday Mr. President dress”. At the time the outfit caused a stir due to its revealing nature, and it was recently called “the original naked outfit” by Kim Kardashian.

The world’s most expensive dress ever sold in an auction. 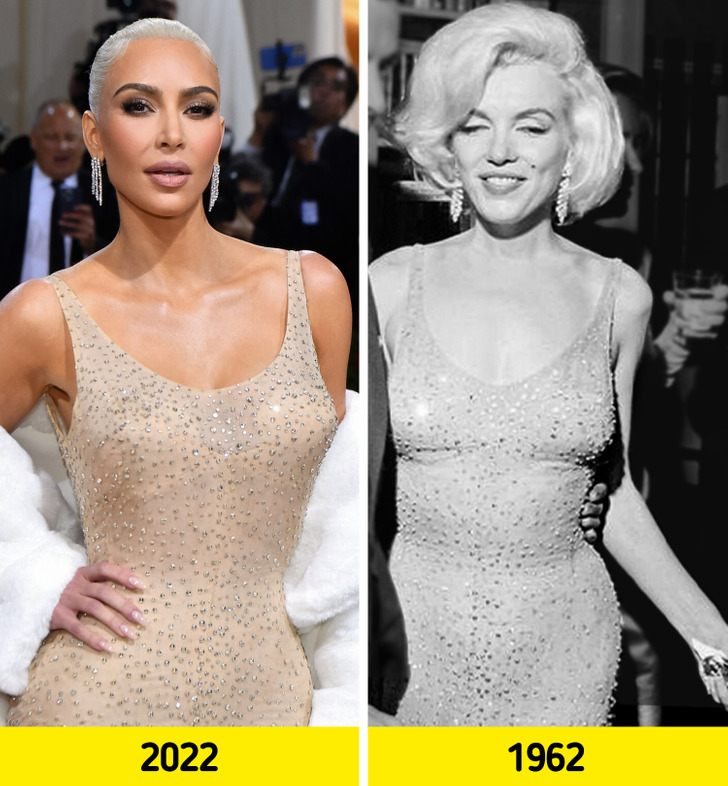 Marilyn Monroe asked her designer to make her “a truly historical dress, a dazzling dress that’s one of a kind.” The sketch was made by Bob Mackie, a recently graduated designer, and the vision was brought to life by designer Jean Louis. It is said that Marilyn paid $1,440 dollars for the piece.

In 2016, Ripley’s Believe It or Not Museum bought the Marilyn Monroe’s custom piece at an auction for $4.8 million dollars. Since then the dress increased its worth, and it is now valued at over $10 million dollars. Kim Kardashian said that she likes auctions and that’s how she met some people in the business; the same people that connected her with Ripley’s museum. 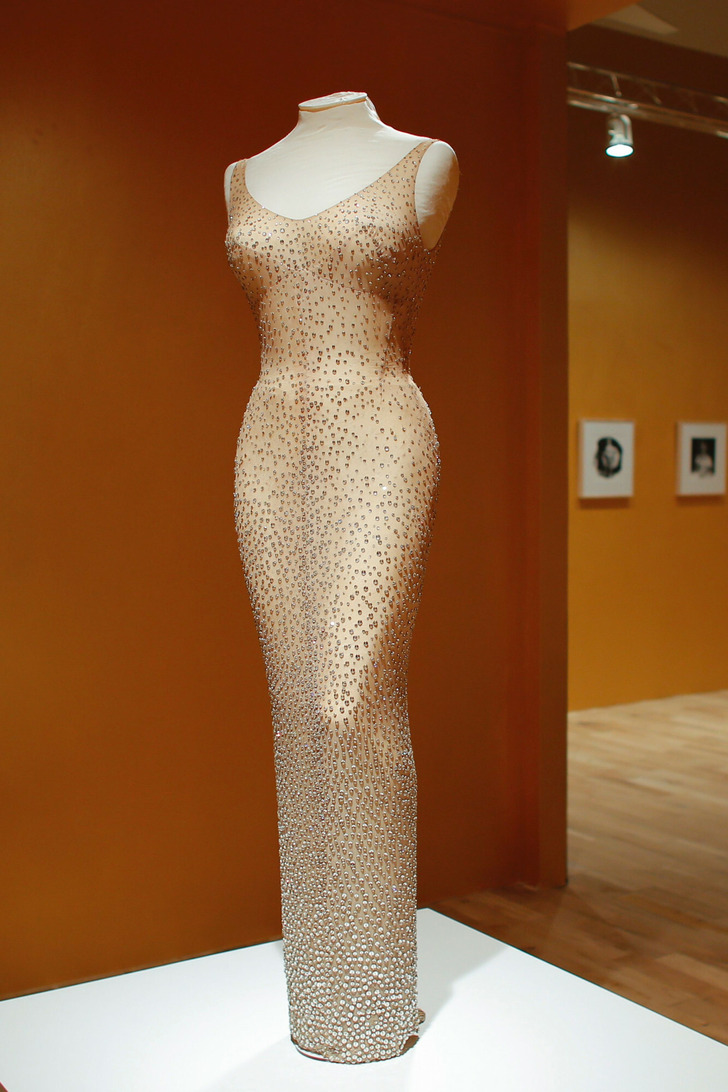 Due to the gowns historic nature it’s not that simple to just ask for it and wear it, a protocol had to be followed. Kim Kardashian had to be invited to try on a replica of the dress to see if it would fit her body. The replica fit her perfectly, but when the time of trying the real-deal came, she was disappointed.

For the T.V star “it was the dress or nothing” so she underwent a strict fitness plan until it fitted her like a glove. She even dyed her hair platinum blonde to ode the original complete look that Marilyn wore. The piece was handled with great care, with professionals giving their input so that there would be no damages done to the dress. 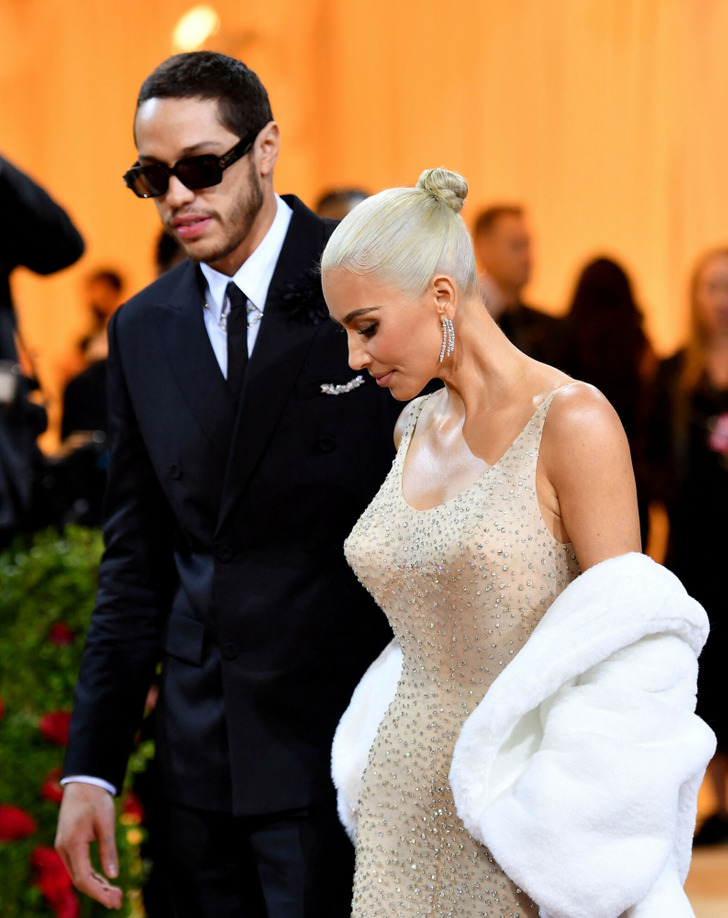 At the Met, in order to preserve the integrity of the outfit Kim wasn’t able to wear her regular body makeup and only wore it during the red carpet for pictures. When Kim and Pete reached the top of the stairs she changed into the dress’s replica, which was also lent to her by Ripley’s Museum.

In their social media, the museum shared that their cartoonist made an iconic replica of Bob Mackie’s sketch, featuring the T.V star Kim Kardashian. Meanwhile, the keeping up with the Kardashians star said on her social media that she was honored to be wearing the iconic dress that Marilyn Monroe wore in 1962.

Which of the facts impressed you the most? What are your thoughts on Kim wearing the original historic gown? Let us hear your opinions in the comments.