in the wrong hands, though? Let’s just say that there have been some huge mistakes. We’re talking broken doorframes, missing arms, and so much more.

These 19 mistakes have me in stitches! 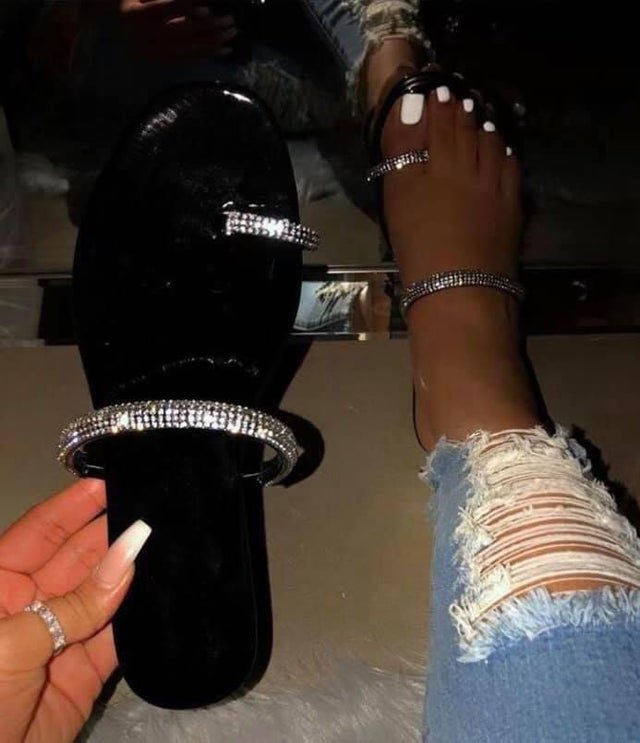 While most people smooth out their face or stomach on photoshop, this girl chose her foot of all places! Whoever this girl is, we just want her to know that it’s okay if feet look like, well, feet. 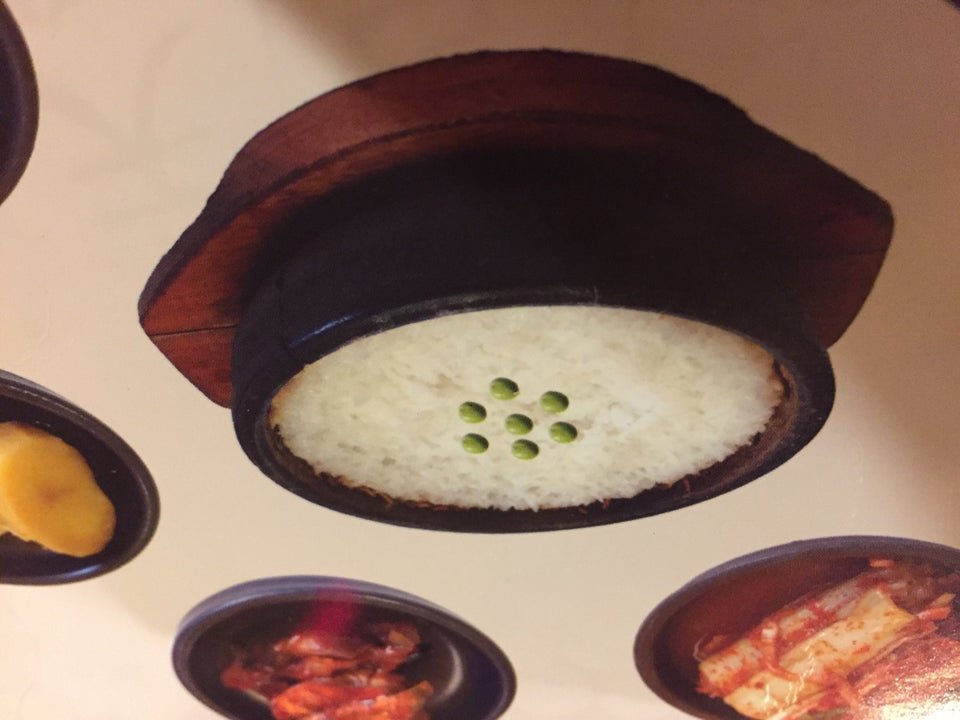 In case you’re wondering what’s going on, those are photoshopped peas on top of the rice. The end result is hovering peas that defy the very laws of psychics! Definitely a masterpiece. 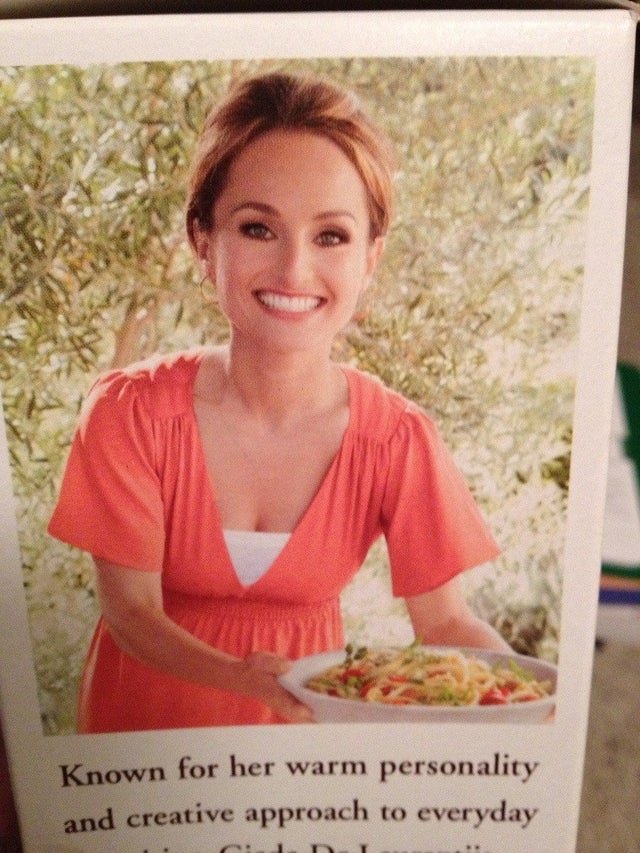 “This picture was on my pasta box. What did they do to her?!” this Redditor wrote. In case you don’t know who that is, it’s chef Giada De Laurentiis in bobble-head form. 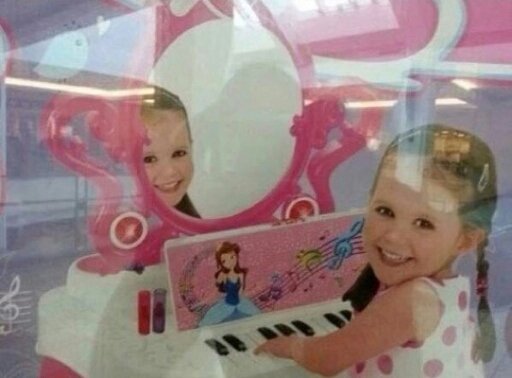 Yeah, it’s a no from us, dawg. If we saw this in the store, we’d clutch our crucifix and start speaking in tongues! It’s hard to get the creepy stare of the photoshopped mirror girl out of the head!

45+ Pictures Revealing The Unconventional Side Of Dubai 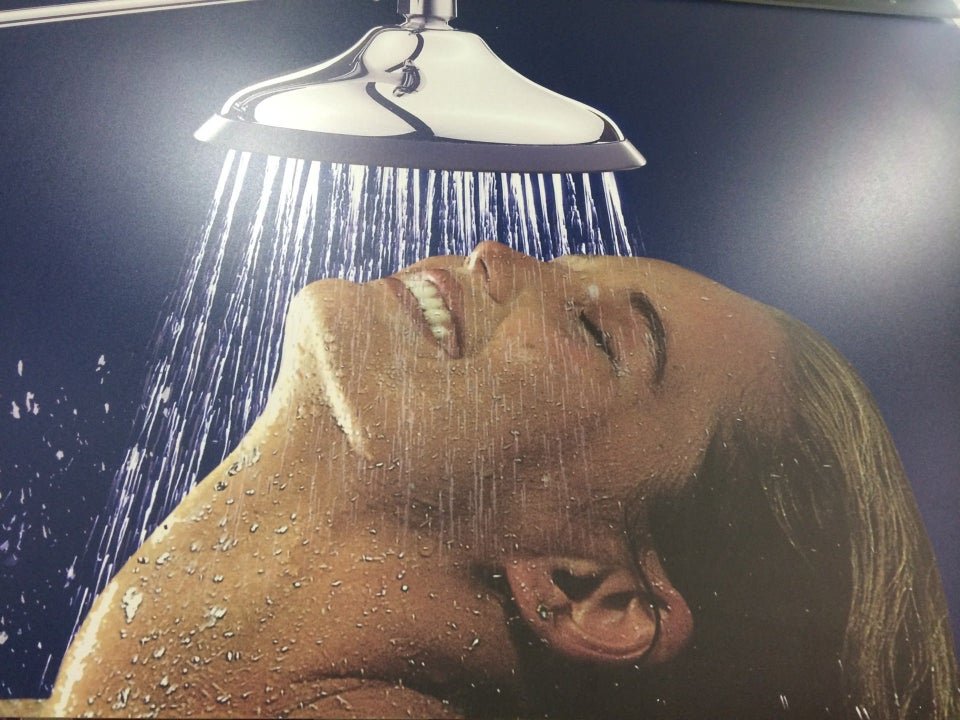 We can hear the infomercial for this showerhead now:

“Tired of a neck that’s similar to everyone else’s? Try our relaxing dual-powered showerhead and never stand normally again! Also great for waterboarding your guests!” 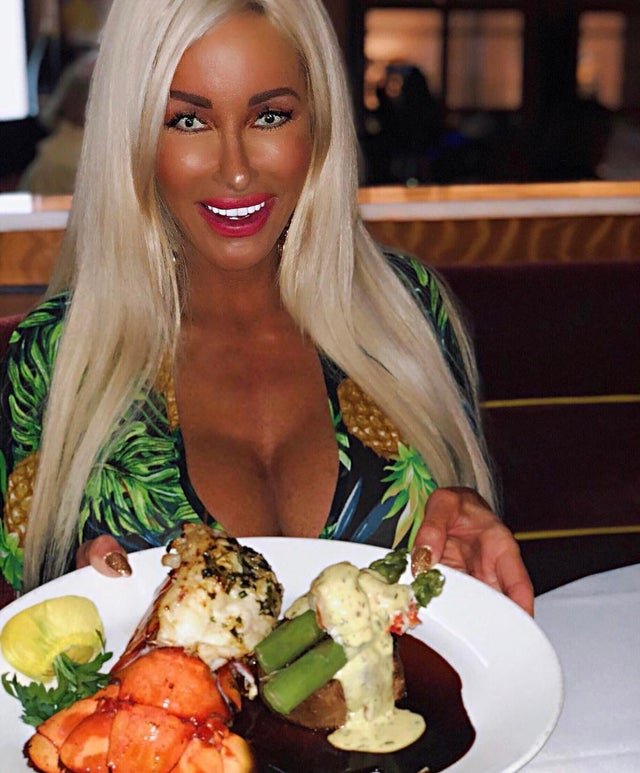 Don’t lie: You thought she was a video game character, too. From a video game with really poor graphics. We say this only because the food looks more real than her photoshopped face and chest. 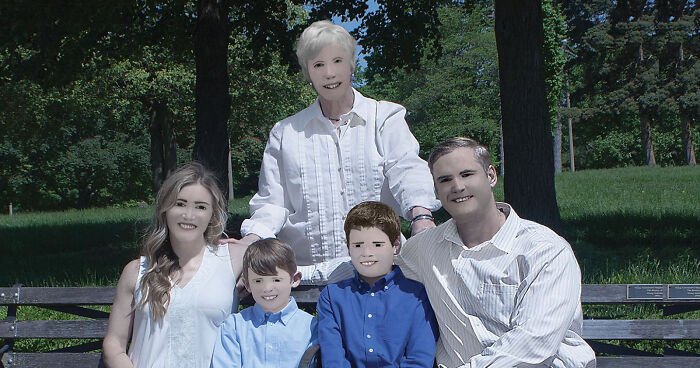 Believe it or not, this was from a professional photoshoot! Yep, this meant that the photographer edited the crap out of these photos, said to herself, “that looks nice” and actually SHIPPED IT OFF TO HER CLIENT. 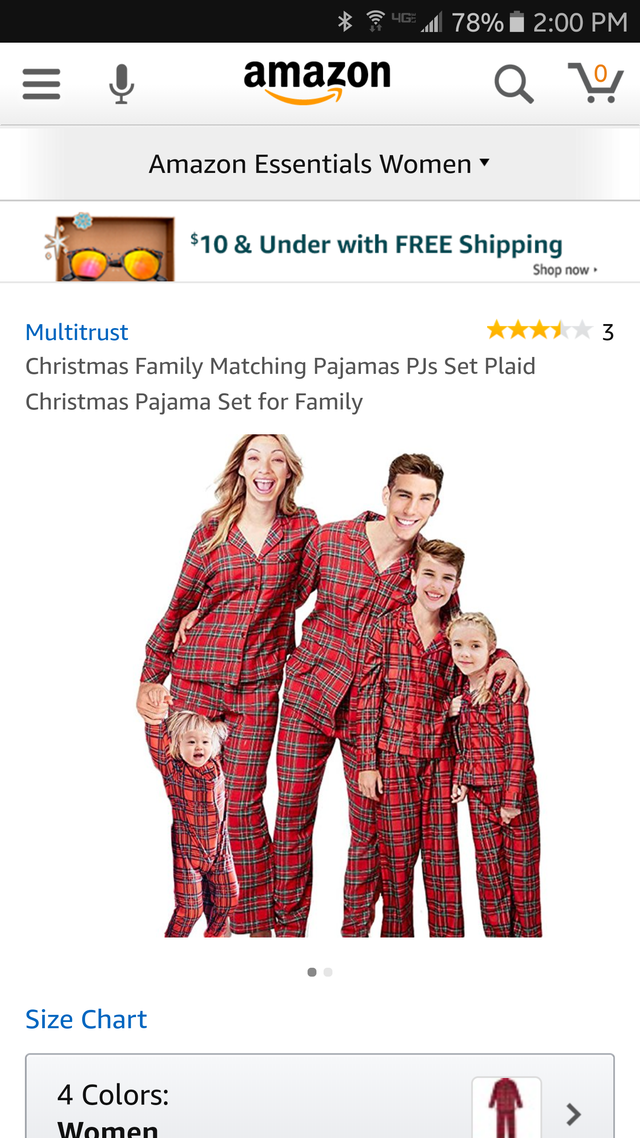 “I guess the original family just wasn’t attractive enough,” this Redditor wrote. Guess not, or else we wouldn’t see these frightening images. It’s not just the faces that are different; check out the hands, too! 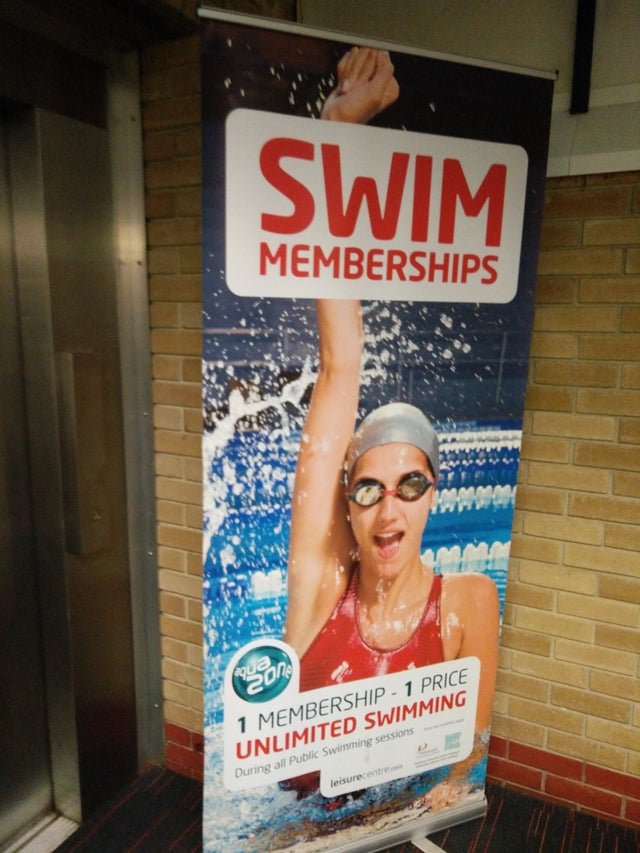 This gives a whole new meaning to “pool noodle.” Her arm looks like one long piece of spaghetti. Couldn’t the photoshop design team cut off her arm once it went into the sign? They really had to add it above? 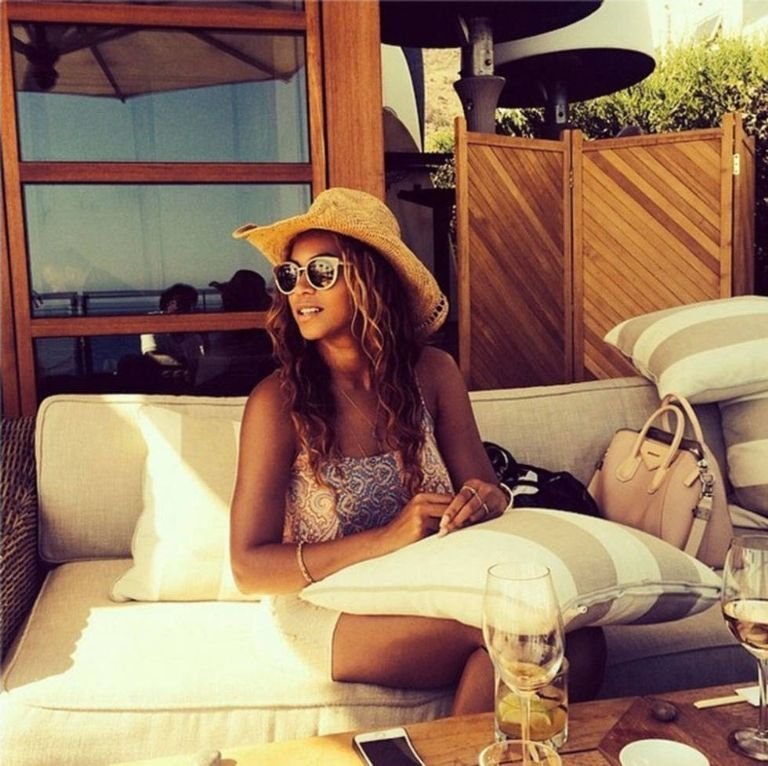 Yep, even celebs have photoshop fails!

She’s been caught photoshopping her thighs more than once in pictures.

Just take a look at the wonky wine glass in front of her and the bent iPhone. 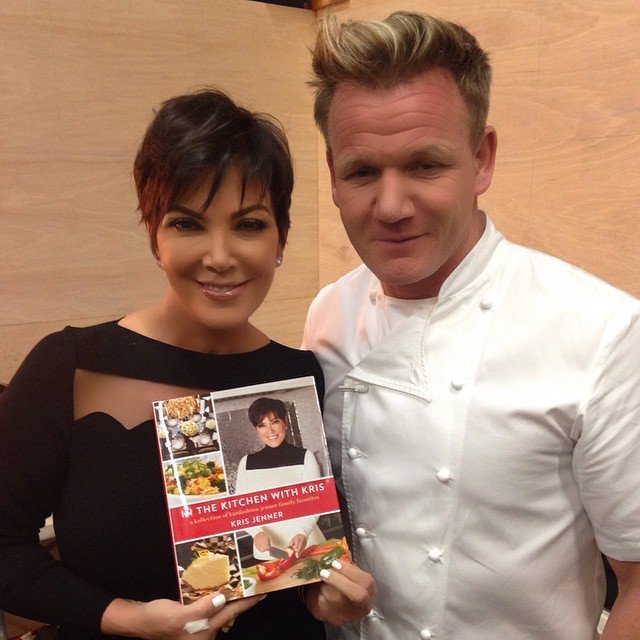 The Kardashian-Jenner family are no stranger to photoshop!

In this photo, Kris edited the crap out of her and Gordon Ramsay’s face. It maybe would’ve gone unnoticed, had he not posted one of the original pics! 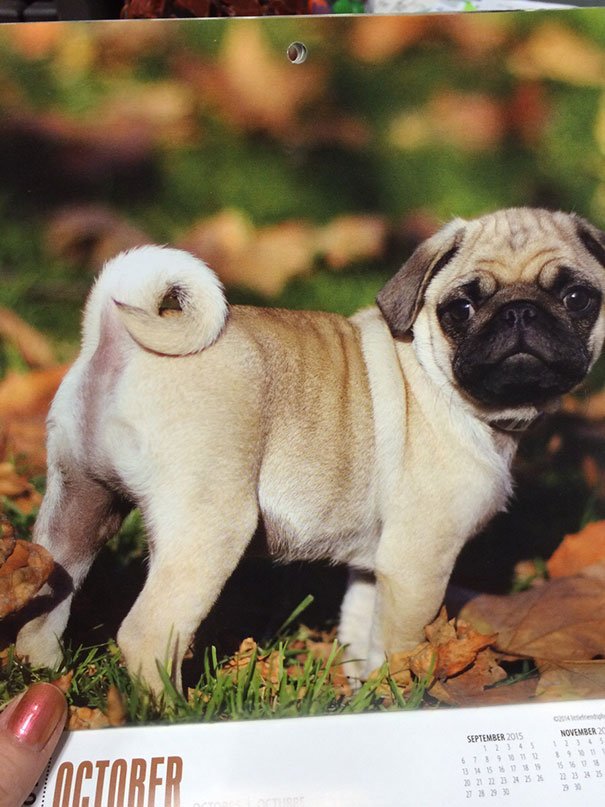 “Photoshop fail for October puppy. How does he poo?!” this Redditor wrote. Another answered that for her: “More and more unrealistic expectations being pressed on beautiful little pugs every day.” Justice for pugs!! 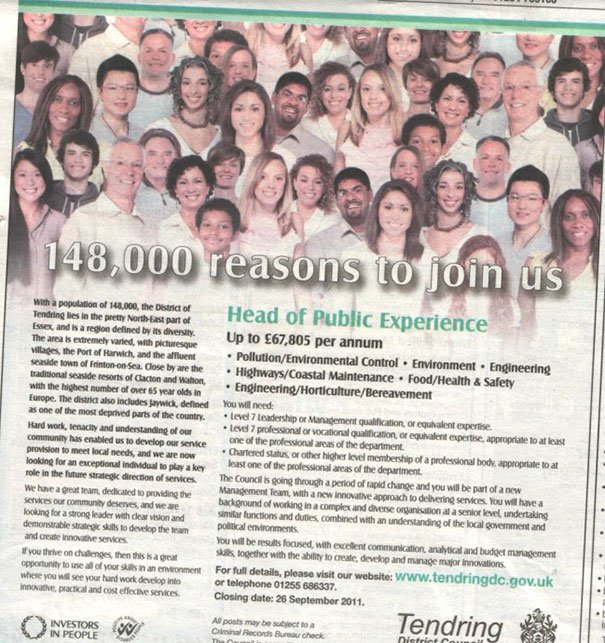 This is kind of like Where’s Waldo where you have to find the identical pairs all throughout the photo. For a job that has 148,000 reasons to join them, they couldn’t spring for 20 different people for a photo? 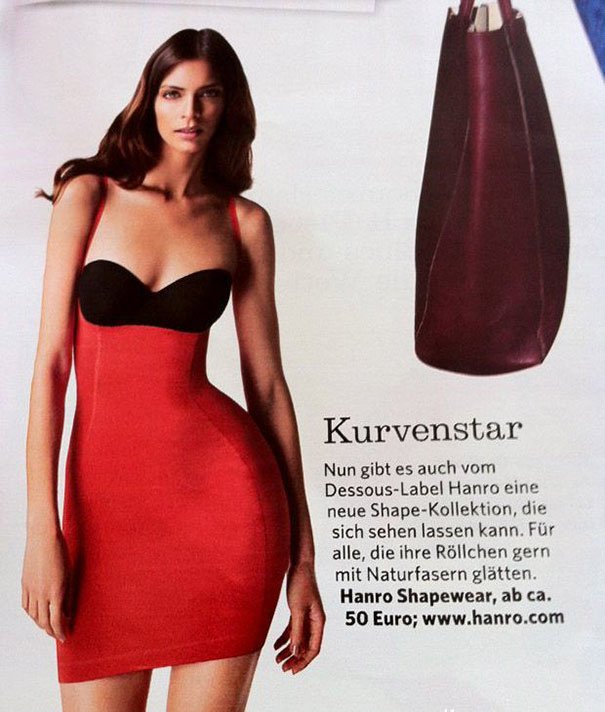 This gives a whole new meaning to pear shape! If there’s one thing we know for sure, it’s that Kim Kardashian has been real quiet since this shapewear advertisement came out! Maybe Kim should hire her for SKIMS? 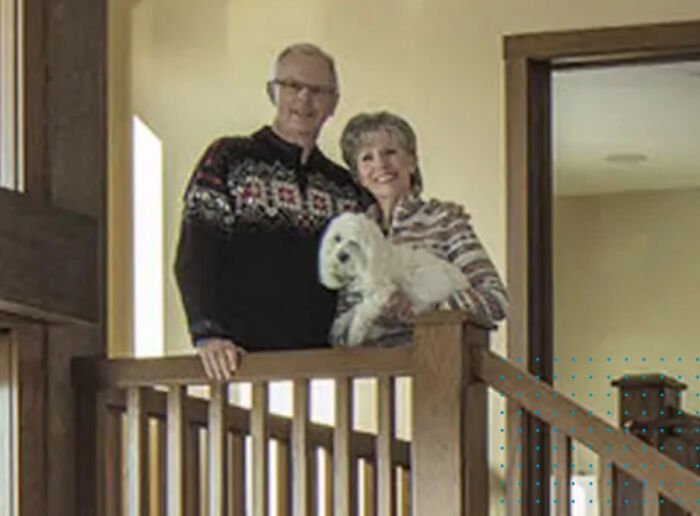 Let’s hope they didn’t use this image to try and sell their home! No one wants to be haunted by this couple and their little dog. If they’re not ghosts, they do realize that we can see through banisters, right? 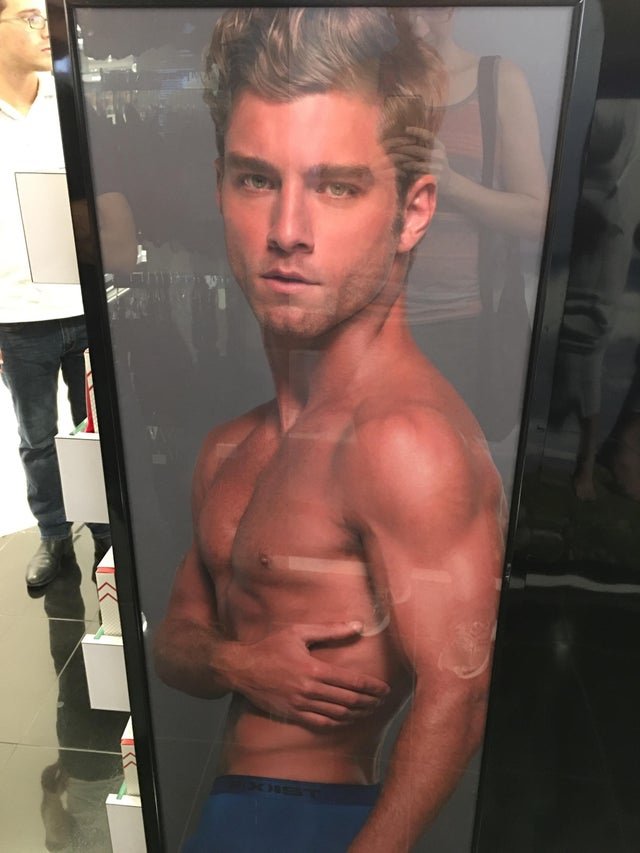 This Redditor knew exactly how the photoshop team’s conversation went. “‘how should we advertise our underwear?’ ‘I dunno, make the model’s head super big.'” Is there any other way to sell underwear these days?! Didn’t think so. 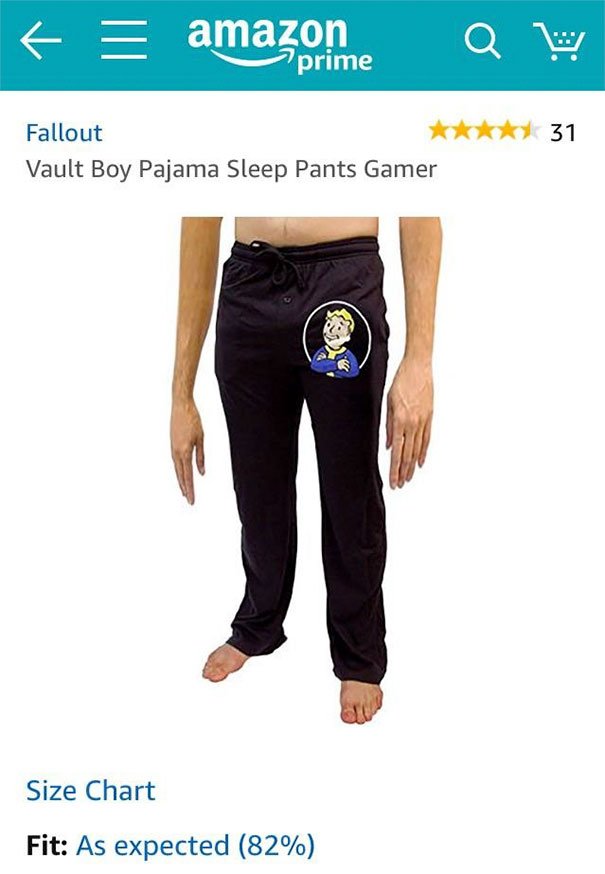 Those are some mighty long arms you’ve got there! But since the pants are fall-out shelter-themed, it makes sense. After all, the guy clearly got hit with some radiation that turned his arms into noodles. 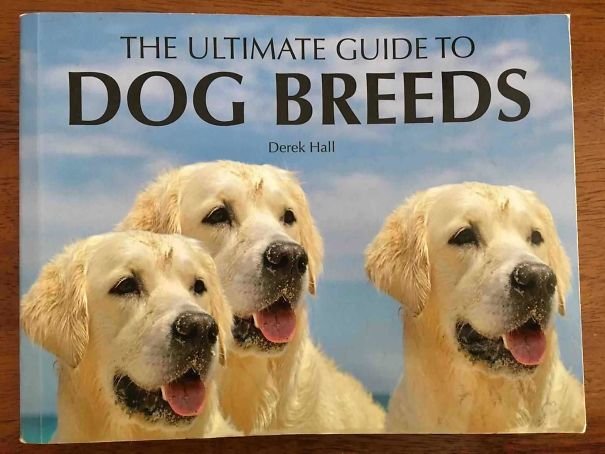 “Arzaylea posted this on Insta & then deleted it because people started noticing her photoshop fail,” this Twitter user shared. “The bent bottle.” Sorry, boo! You can’t get anything past eagle-eyed fans these days.

What Our Favorite Hollywood Celebrities Looked Like Before They Got Famous