Simon Berger is an artist who recently chose a rather non-traditional medium for his art. Instead of using paper and pen, the artist chose something more extreme – a glass storefront and a hammer.

And no, the Simon did not break open the glass storefront to steal some art supplies. The glass was his canvas and the hammer was his brush.

At first glance, the whole thing may look like an act of vandalism 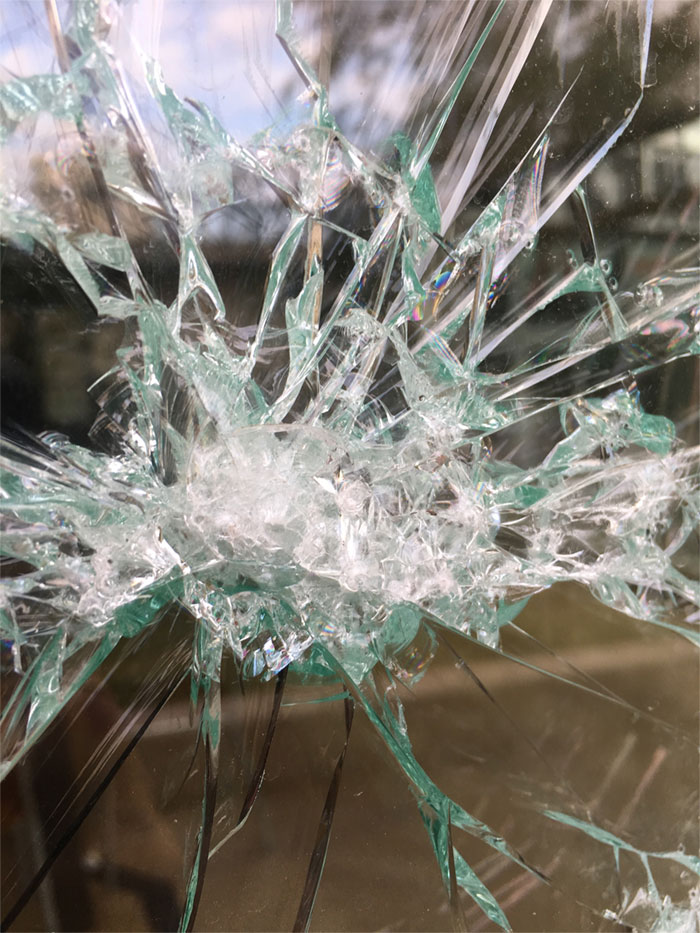 In an interview with Bored Panda, the artist explained that he chose glass because it has a lot of potential in art. Simon says he has found a technique that is probably the most unique in the entire world. 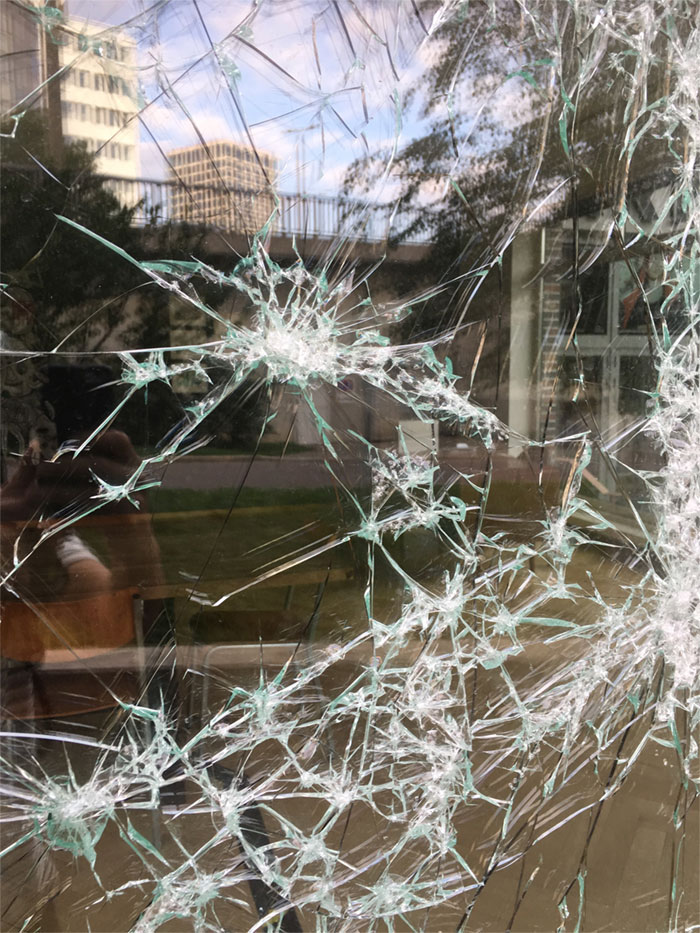 The artist is known for his unorthodox choice of materials, like car parts and old pianos.

Wait, we can almost make something out 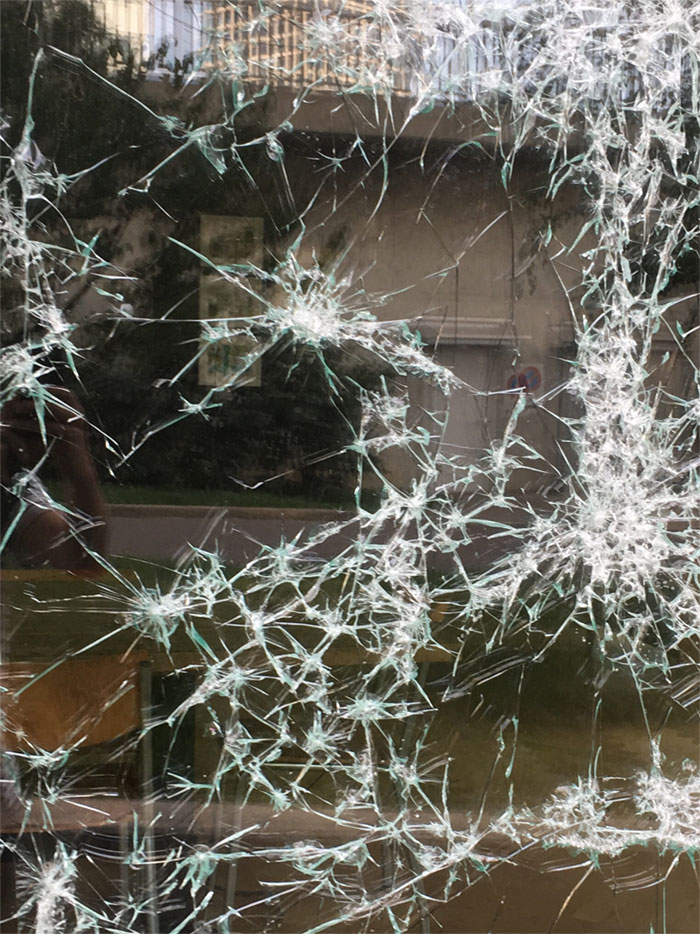 After the artist chooses a photo of a model he’ll be creating, he marks the outlines on the glass. He then marks the spots that he won’t be breaking and the ones he will. Then comes the fun part – breaking the glass. According to Simon, the best glass is the one that doesn’t break instantly after being hit. 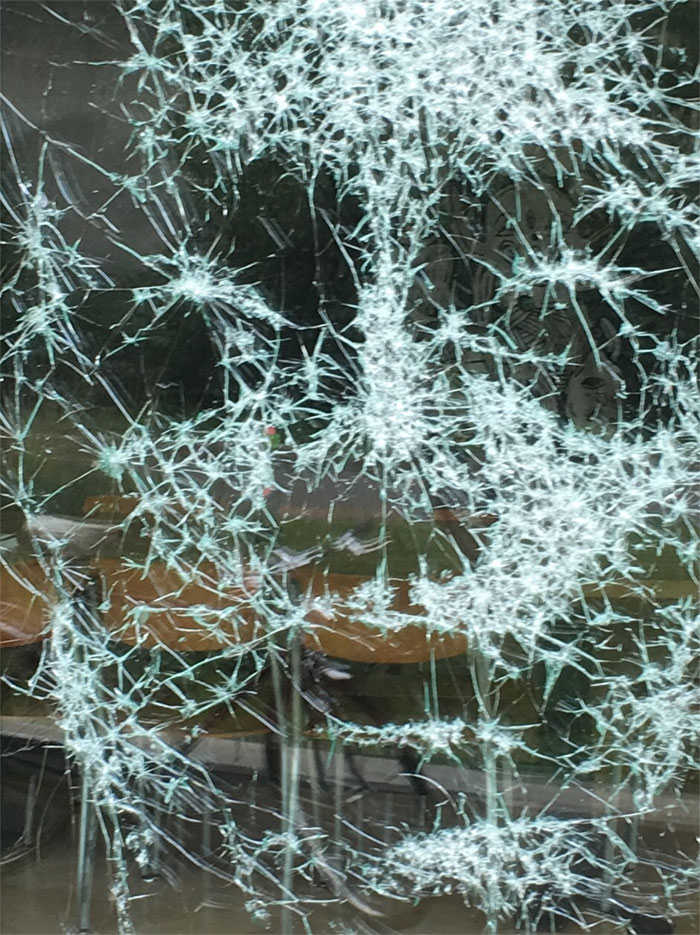 “Human faces have always fascinated me,” explained Simon. “On safety glass, these motifs come into their own and magically attract visitors. It is a discovery from abstract fogging to figurative perception.” 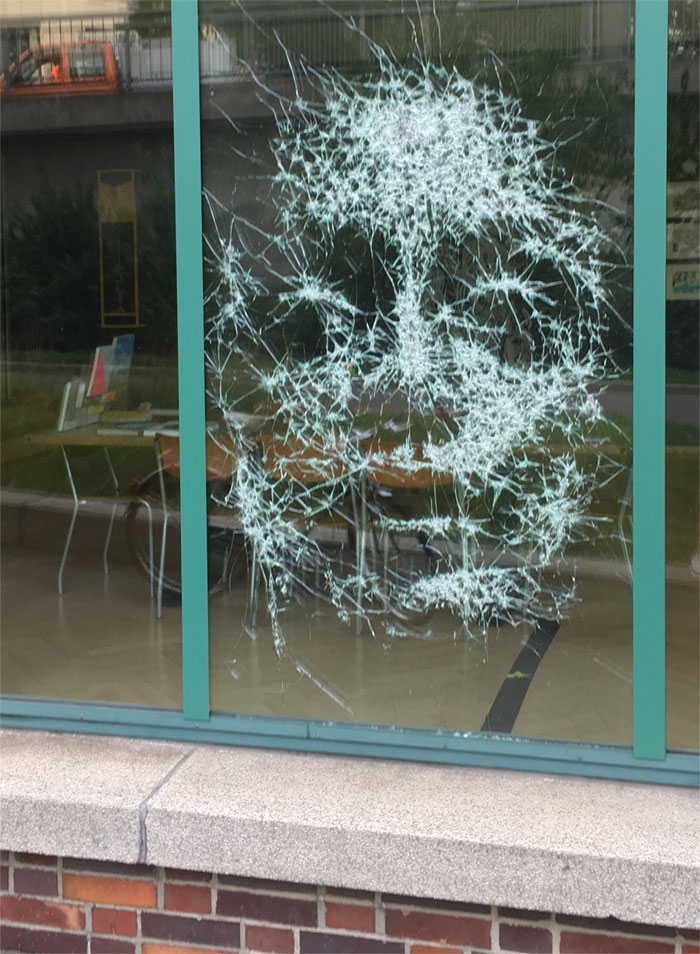 Some of Simon’s works have been recently displayed in Philipp Brogli’s gallery Artstübli in Basel, Switzerland. 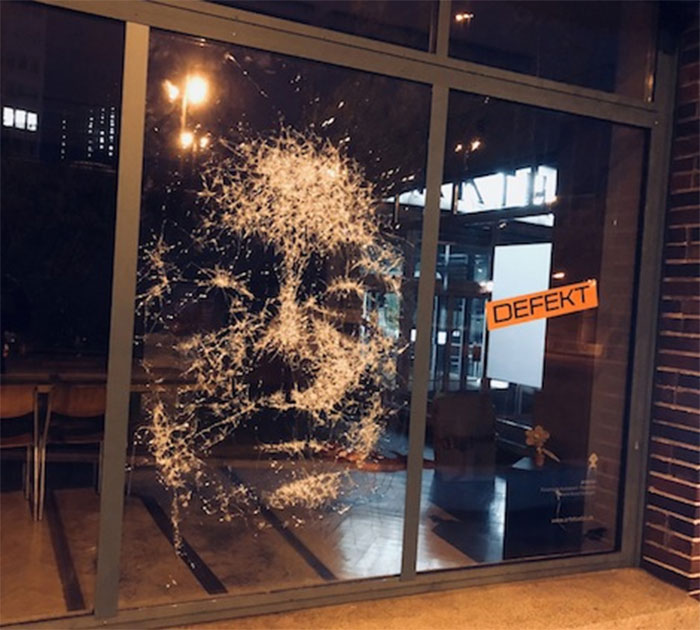 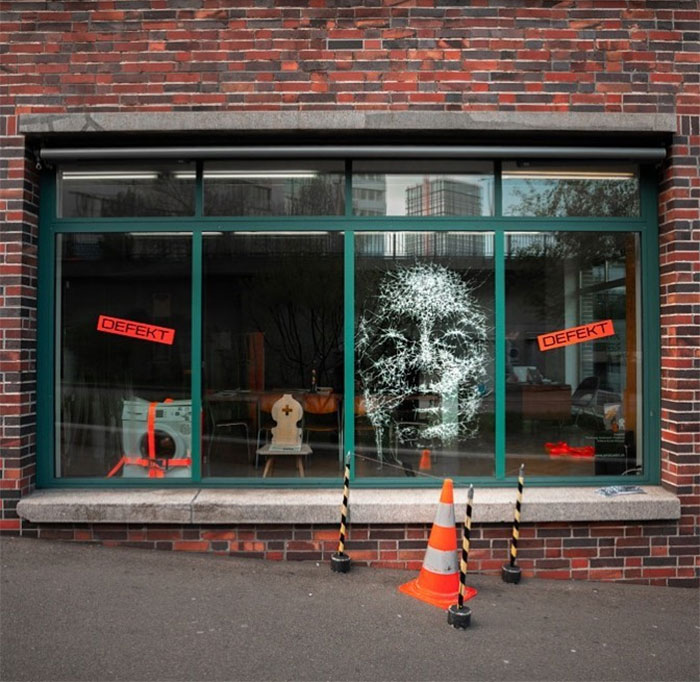