There’s a lot of fake news going around the world right now and, with a little help from Adobe Photoshop and other photo editing software, it’s almost impossible to distinguish between what’s real and what’s fake. People have become so skilled at editing images that they can lead them to believe something just by providing photographic evidence. We’ve compiled a list of some of the best fake photos that went viral that people thought were true.

MGM Lion Goes To The Hospital

The one on the right is the real image, while the one on the left is only an edited work. This image led people to believe that MGM Studios was mistreating animals. However, the original image was of a regular lion being examined at the veterinarian’s office. 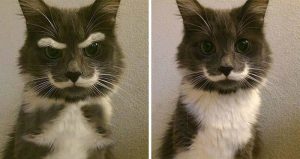 This cat had a lovely pattern on his skin that made it look like she had a mustache. However, their owners decided it wasn’t enough and decided to give the cat angry eyebrows as well to make it look angry all the time. 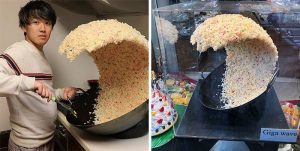 Not The Bag You Saw On The Internet 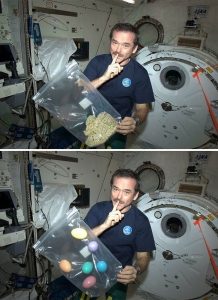 Chris Hadfield is one of the most beloved astronauts out there, floating in space and zero gravity. When the first photo appeared on the Internet, people were left wondering how Chris spends his time there. However, the real picture was of Chris trying to surprise his fellow astronauts with a bag full of Easter eggs.

Castle On The Rock 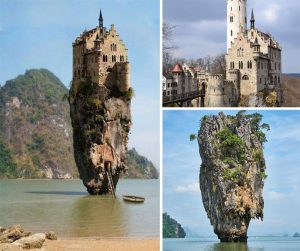 Who wouldn’t like to spend time in this castle? It is completely isolated and there is only one access point at the bottom of the rock. Well, unfortunately you can’t visit this castle because the picture is actually a combination of a castle in Germany and a rock in Thailand. 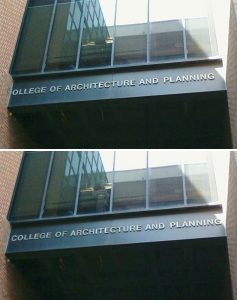 The first image went viral on the Internet when people saw the irony in the name and the sign. However, it turns out that the people who designed the sign were pretty good at planning and the image that went viral was actually a photoshop job.

Selfie Among The Clouds

This picture of a pilot taking a selfie from the cockpit window while the plane is in flight, took the internet by storm. However, the real picture was only the pilot taking the photo on the track.

The Frozen Waters Of Venice 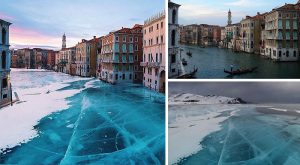 This picture was pretty scary when it first appeared. However, in reality, it was just a mixture of buildings in Venice and an image of Lake Baikal in Russia when it froze.

If you want to see a picture of some of the coolest clouds, then check out some lenticular clouds. Although it seems that the person who took this original photo decided that only a lenticular cloud was not enough so he decided to add some more. 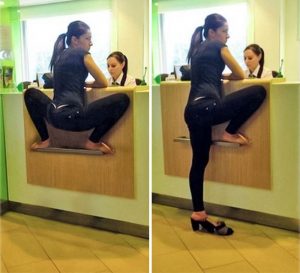 This woman became very famous on the Internet when people saw her squatting like a frog on the tiny shelf. Actually, she only had one of her legs on the top of the shelf, which in itself is also quite rare.

Finding a unique species is a wonderful thing and if you discover something you have never seen before, you would be well known and credited with discovery. When someone said they discovered a black lion, people went crazy on the Internet. It turns out it was just a photoshop work. 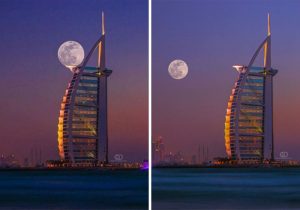 The moon was not really on the helipad of the Burj-al-Arab. It was actually the photo on the right and it was taken by Mo Aoun; someone simply put the moon on the helipad. 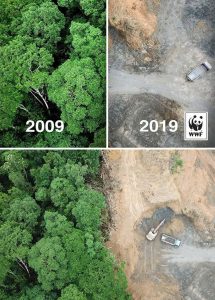 The photos before and after an Amazon rainforest to show the 10-year difference were actually fake. They were part of the same image of a rainforest being cut down.

Being Chased By The Bear 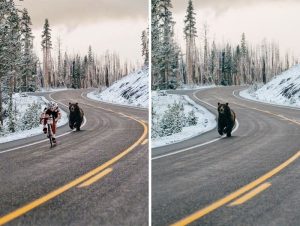 This was another image that went viral on the Internet. After all, a bear running down the road isn’t as interesting as a bear chasing a cyclist. 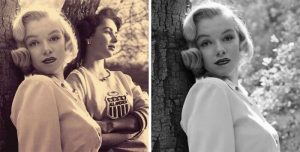 Marilyn Monroe is an all-time favorite for Photoshop enthusiasts, who like to edit her image alongside another celebrity. This time it was Elizabeth Taylor while other photos include Elvis and JF Kennedy.