Japanese artists always impress with their unique imagination and special approach to creating art pieces. The techniques they come up with and their efforts to bring art and nature together are truly breathtaking, but also a bit inexplicable to those who do not belong to their culture and do not share a similar mindset.

Nagato Iwasaki, an exceptionally talented Japanese artist and sculptor, is one of those creators, whose works aren’t supposed to please the eye, but rather shock with their mesmerizing beauty, make the observers dive into the world of mystery and awaken their conflicting emotions. More often than not, his unbelievably detailed wooden figures, which can easily pass for the finest carpentry you’ll ever see, create an uneasy feeling and mixed emotions, bordering with fear, disturbance, and admiration at the same time.

The haunting human figures made of nothing but wood look like the forest men, which were turned into featureless statues at the behest of an unknown magic as they were searching their way out of the forest thicket. Once people, they got transformed into haunting driftwood figures, froze in time and space and merged with the ancient Japanese woods as their inseparable part. At least, that’s an impression these unsettling sculptures, the forest guards, made on me.

The artist exhibits a lot of his sculptures deep in the Japanese woods, where they’re scattered among the live trees and, most likely, frighten occasional unsuspecting visitors to death. Looking like remarkably old and weird stumps or trunks of dead trees from afar, these start looking like paranormal forest spirits walking on their own as you approach them. That’s clearly something a sane person wouldn’t believe in. However, after the initial shock would wear off, he wouldn’t be able to resist the temptation to examine these humanoids in detail and find the answers to the burning questions “Why?”, “Who?” and “How in the world?…”

As much as I admire the unconventional thinking of Nagato Iwasaki and the hard work he’s been putting into his sculptures for more than 20 years, I don’t think I would be pleasantly surprised if I’ve randomly stumbled across one of them during my evening forest hike.

Even though the sculptures look the most natural in the woods, Iwasaki exhibits them in tunnels and old historic buildings as well.

Whether you find these driftwood sculptures rather remarkable, absolutely beautiful or completely terrifying and disturbing, you can’t deny the extraordinary talent of their creator and his natural landscaping skills. 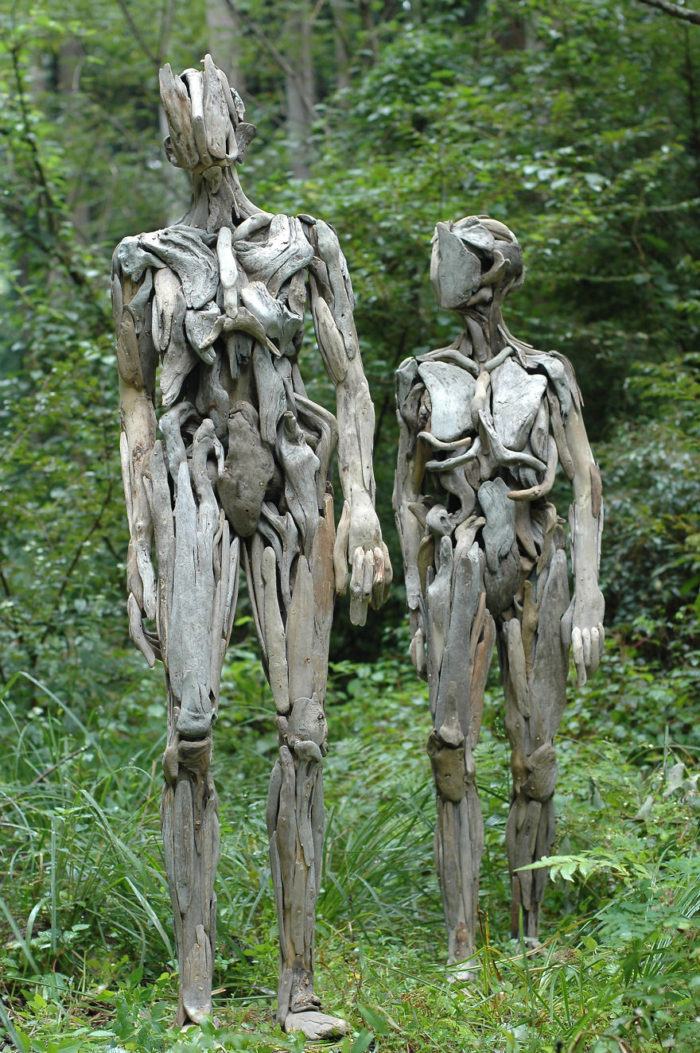 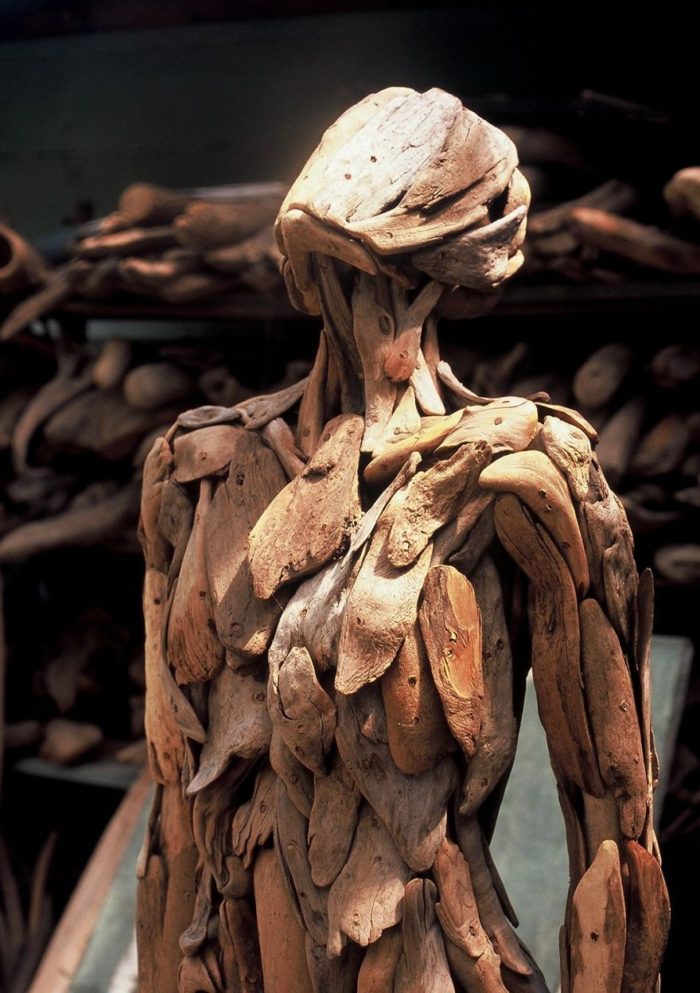 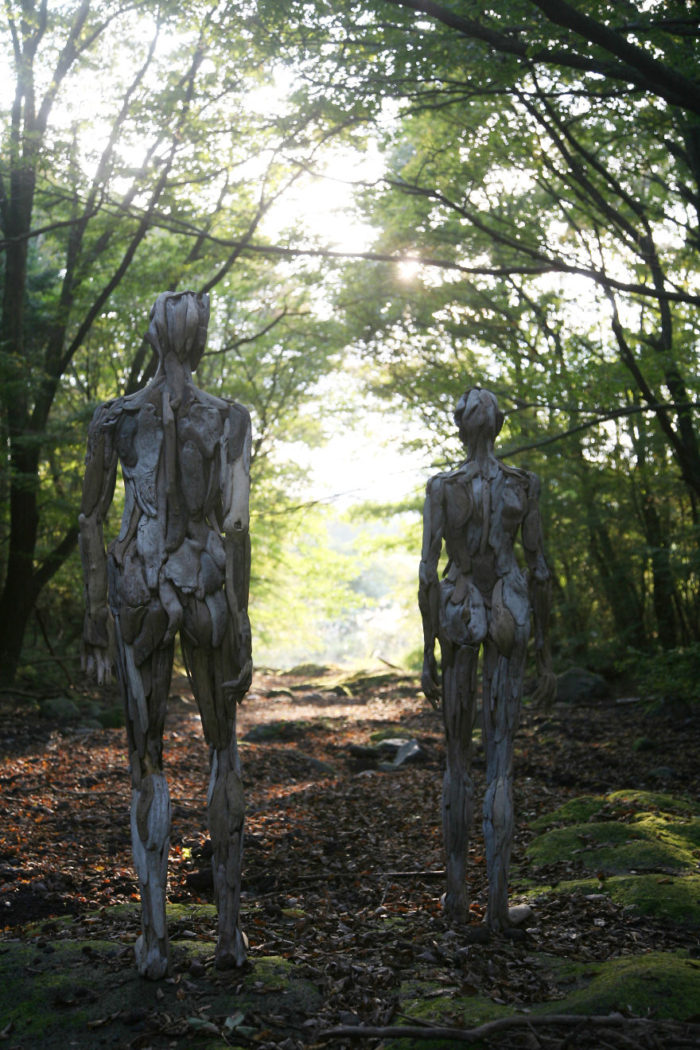 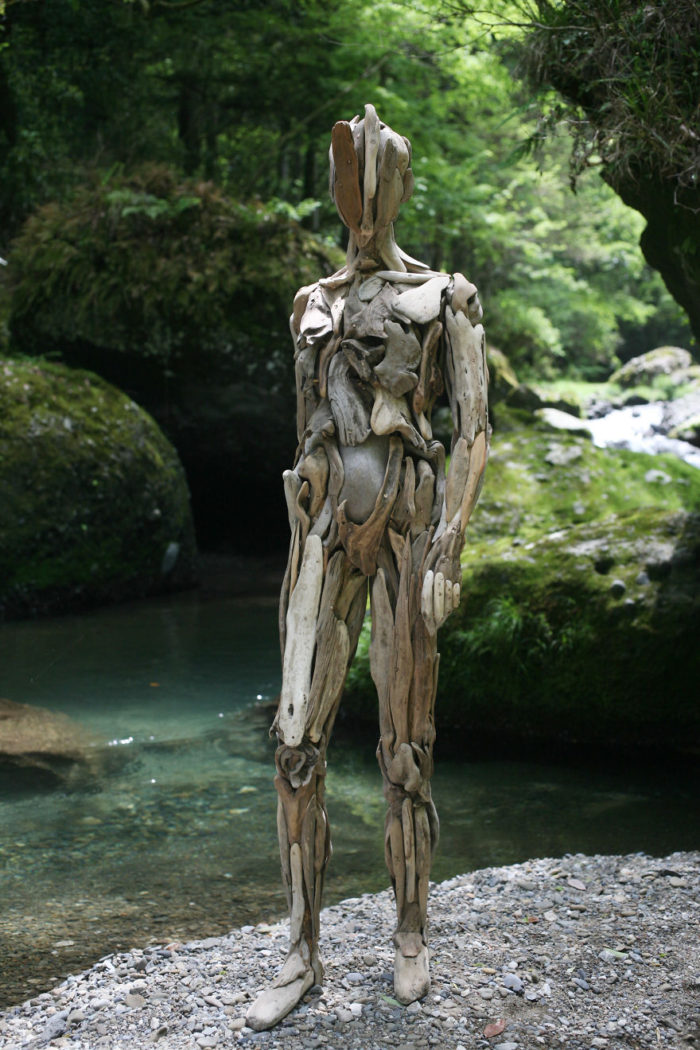 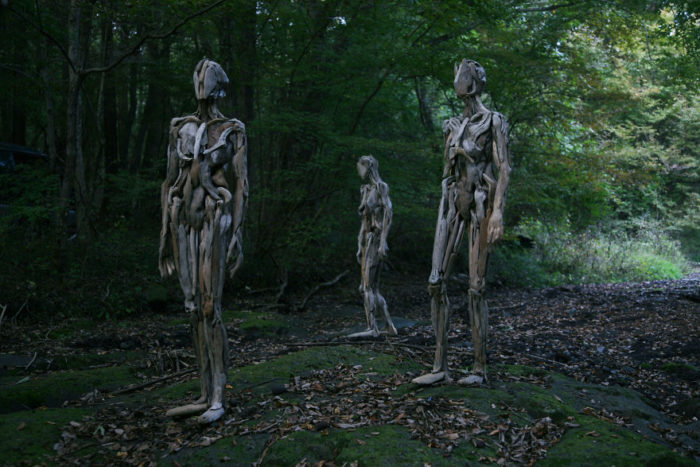 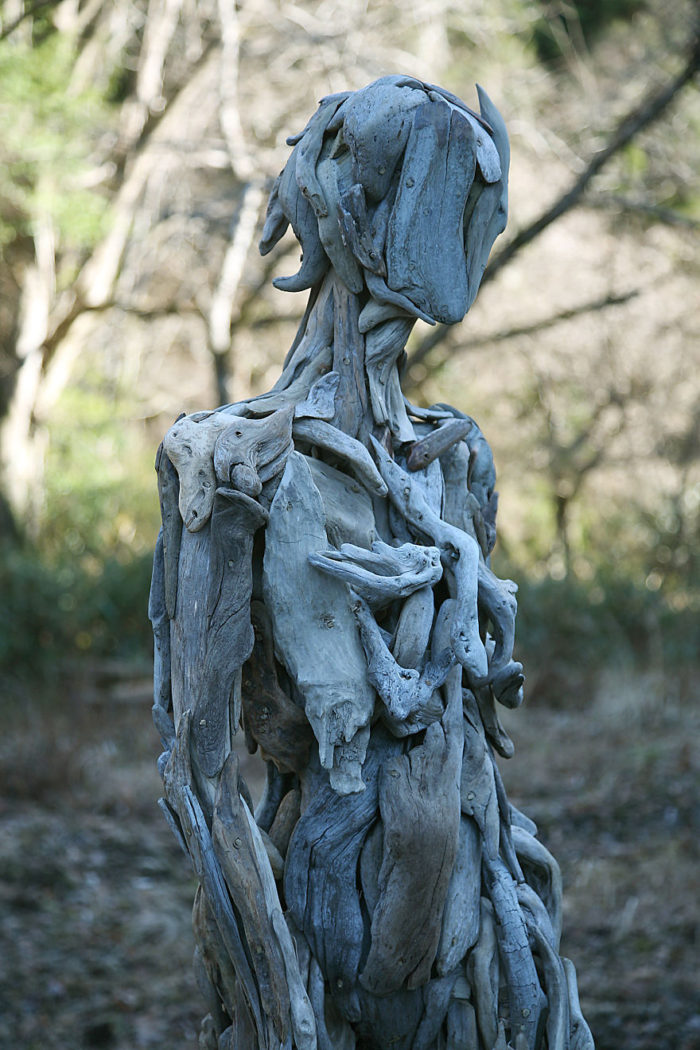 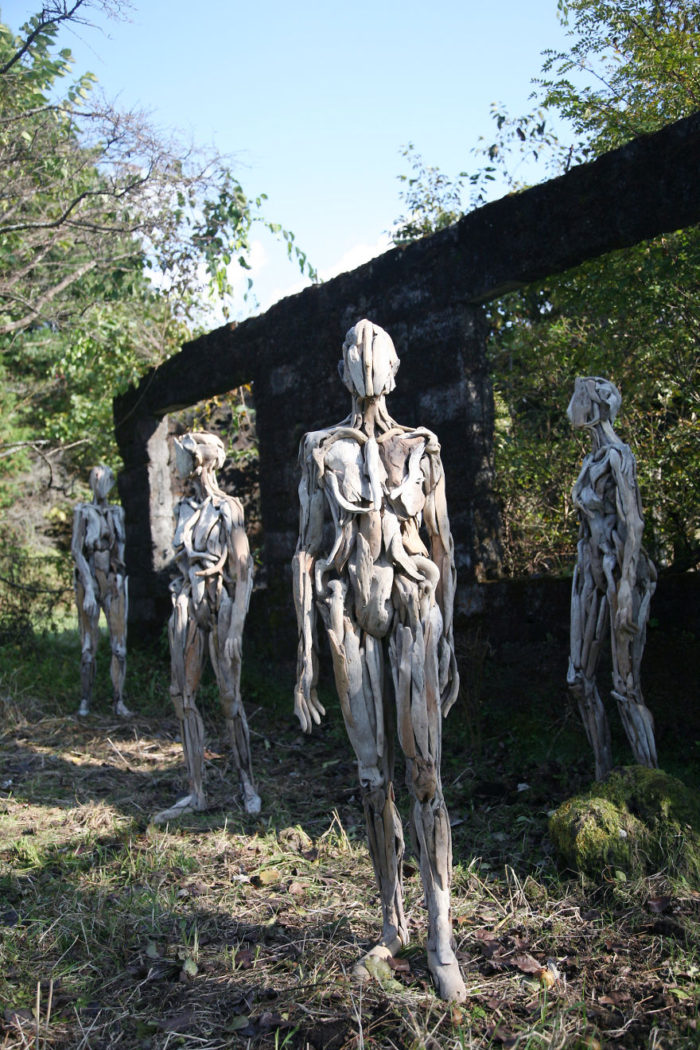 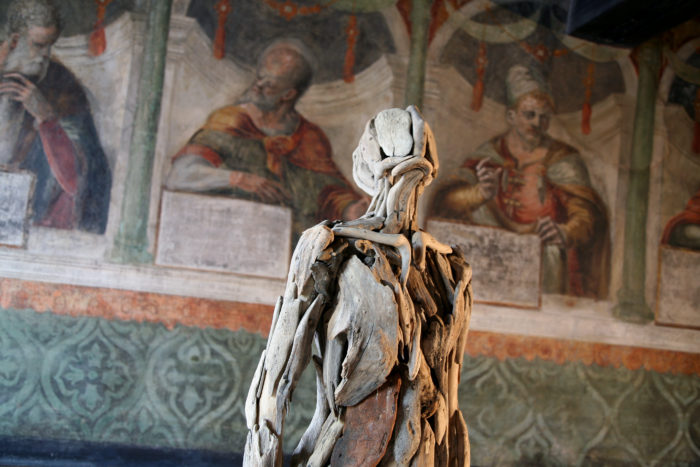 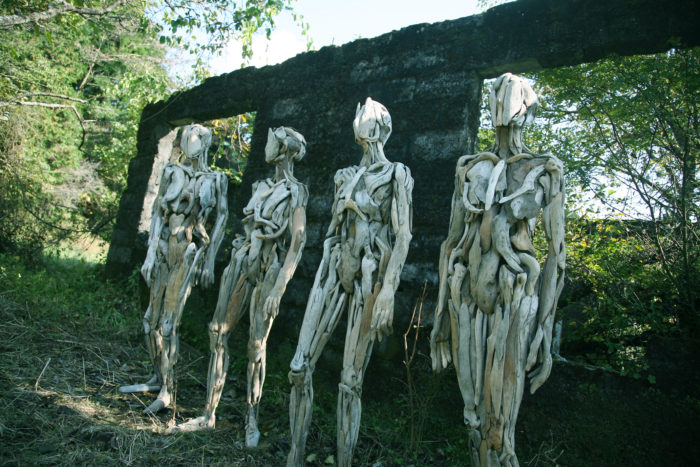 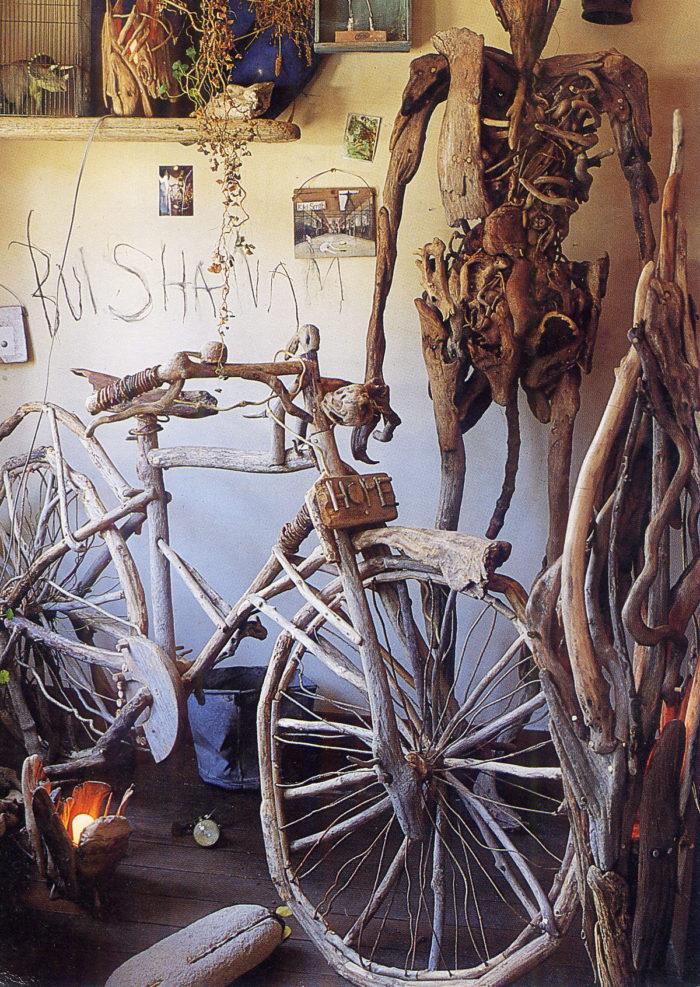 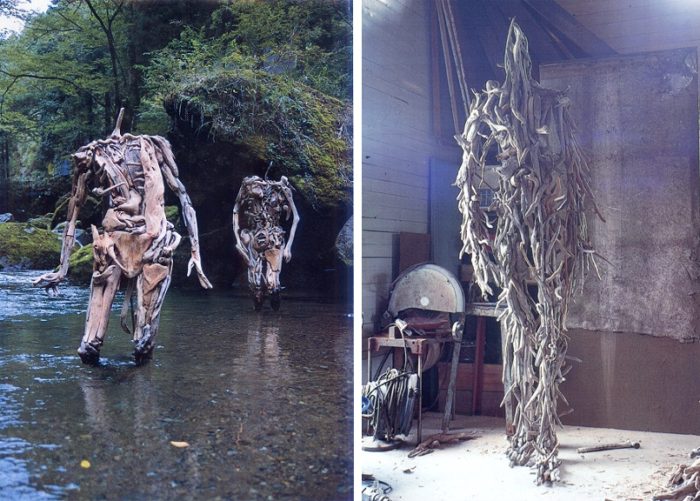 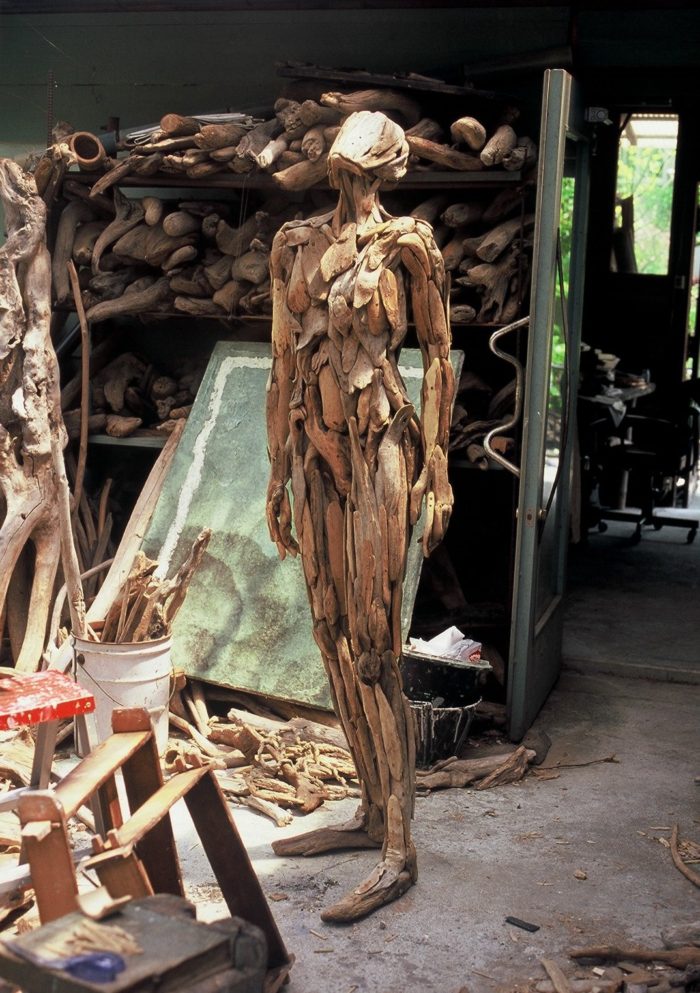