Every generation, from Baby Boomers to Generation Z, has its own approach to lifestyles and values. To show the huge difference of one generation to another, people started a Twitter thread called ‘My Parents Vs Me’ challenge. The challenge is quite simple and straightforward: it aims to show how people are adapting to generational change. All millennials and Generation Z are invited to share their photos alongside old photos of their parents when they were at their (millennials and Gen Z) age. And the responses are mind-blowing.

As it turns out, older generations have generally tied the knot or already have kids in their 20’s or 30’s. And how do the younger generations compare with those who were their age in the generations that came before them? Well, if they’re not partying hard with friends, they’re probably busy dressing up with silly costumes to amuse their Instagram followers. Or perhaps they’re busy cooking up the coolest dance moves on TikTok. If not then they might be traveling somewhere together with their beloved cats.

My Parents Vs Me Challenge 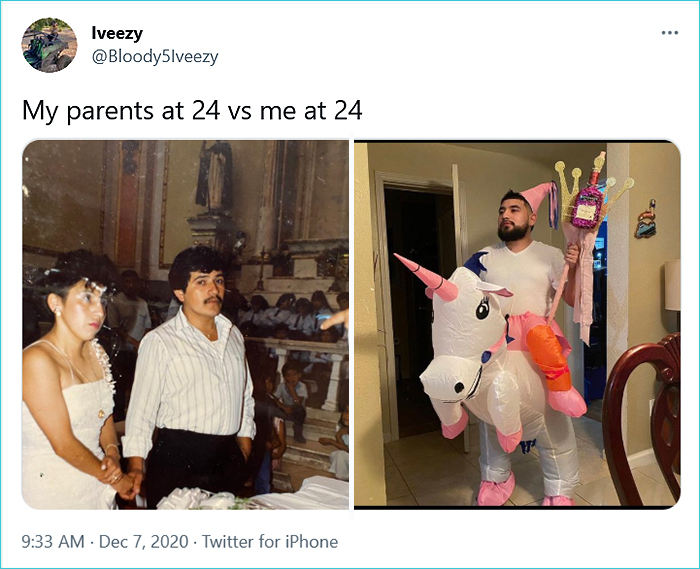 The truth of the matter is, younger generations are more focused on their personal goals than getting married or starting a family. Youngsters have eventually broken the social stigma of staying single when they reach marriageable age (21-29 years old). They seek to normalize life choices where marriage isn’t involved because they value happiness and personal success more than anything else. 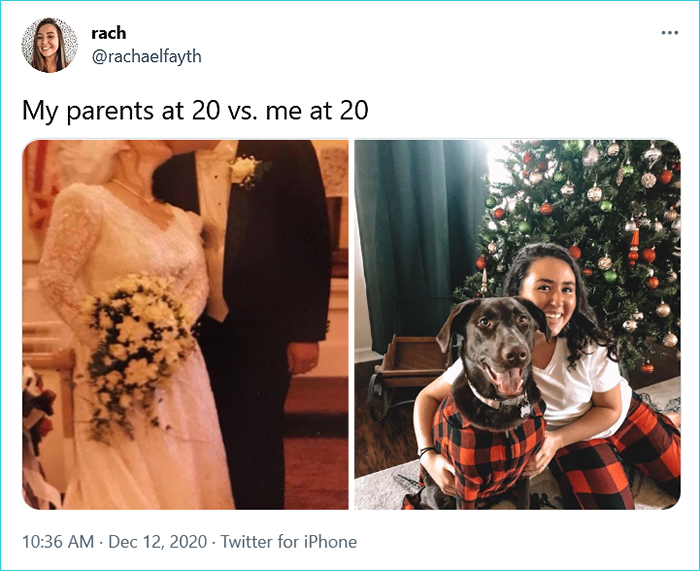 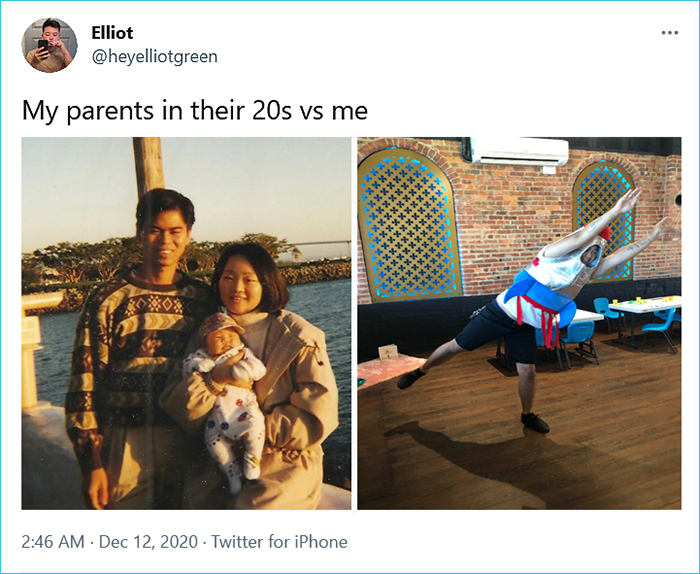 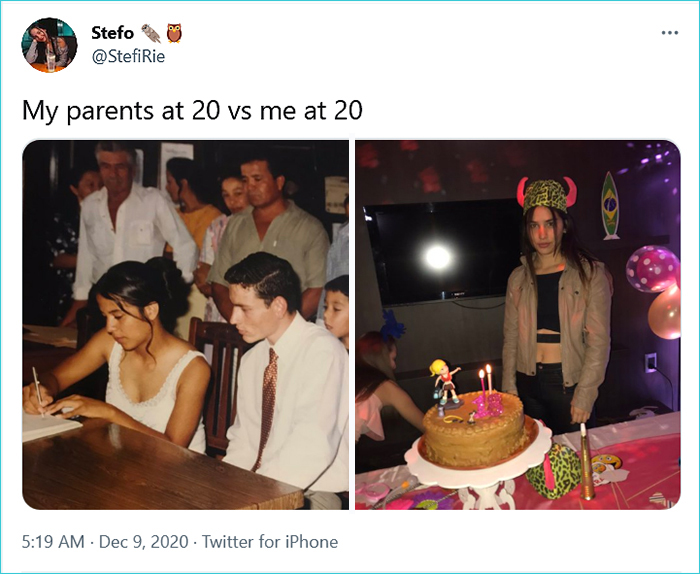 But don’t get the younger generations wrong. They might be delaying marriage but that doesn’t mean they intend to be single forever. While some millennials would not compromise their freedom for the commitment of marriage or having kids, many of these young people plan to finally settle down when they have become financially successful. Besides, there’s nothing wrong with having fun and enjoying youth to the fullest before accepting the serious responsibility of marriage and raising a family.

We’ve picked out the most hilarious and most relatable posts from the Twitter thread ‘My Parent Vs Me’ challenge to show the light-years difference between two generations. 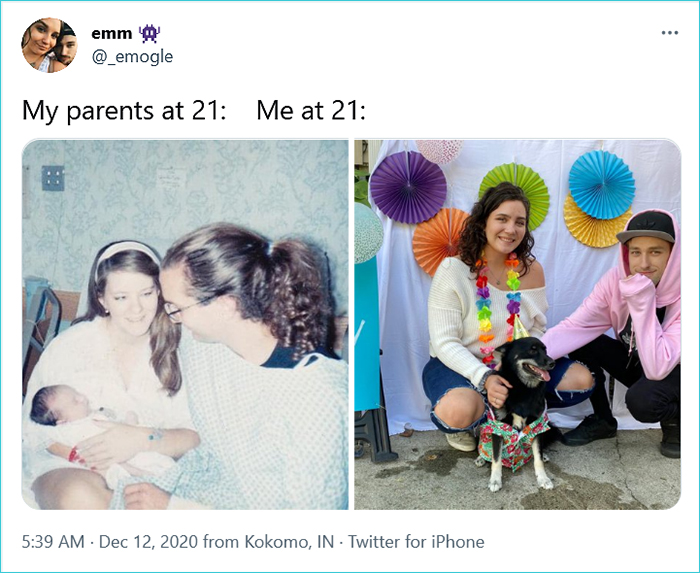 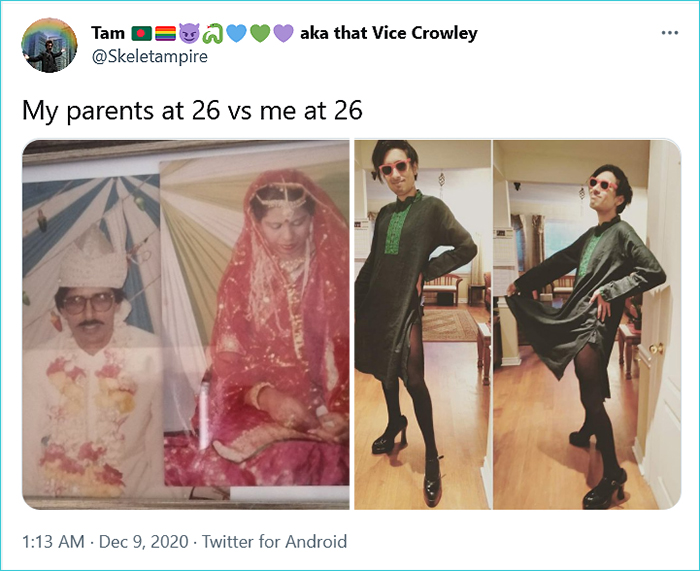 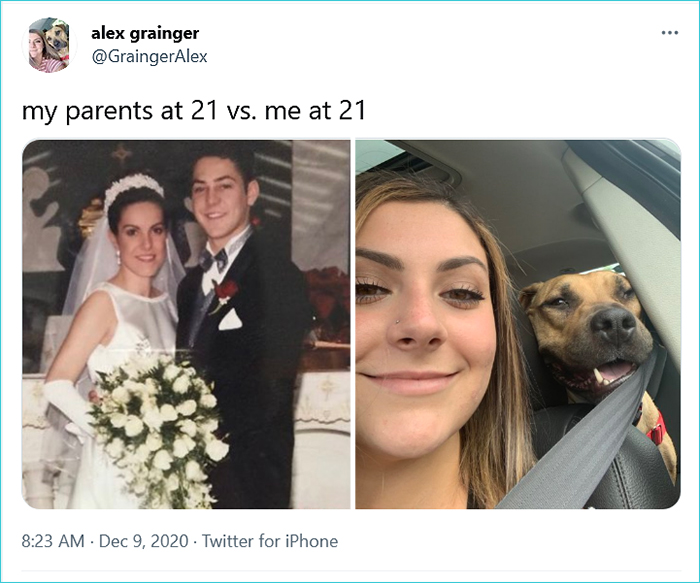 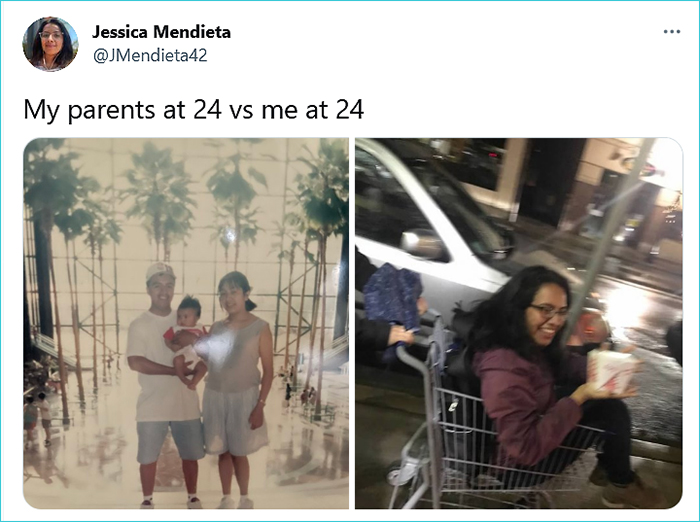 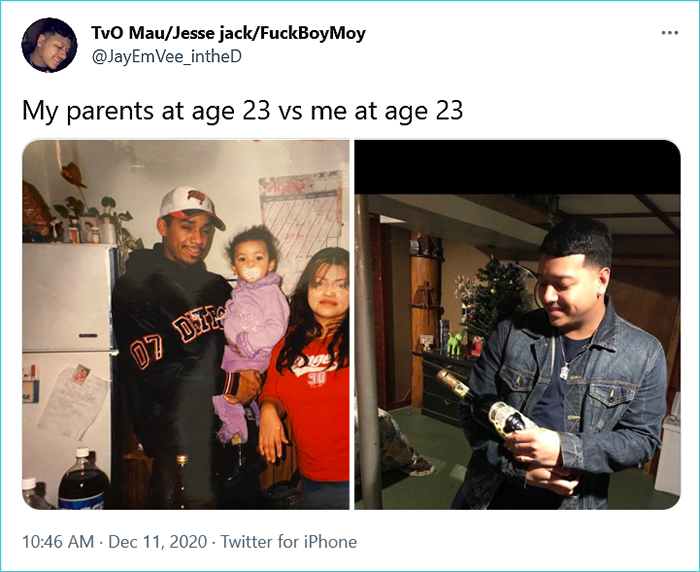 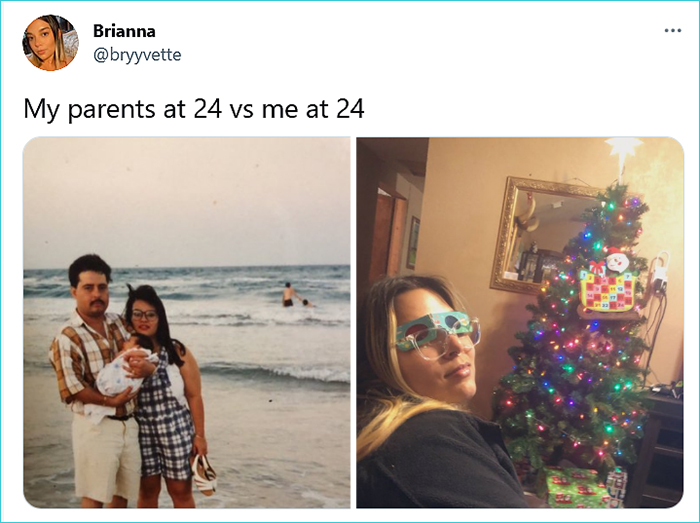 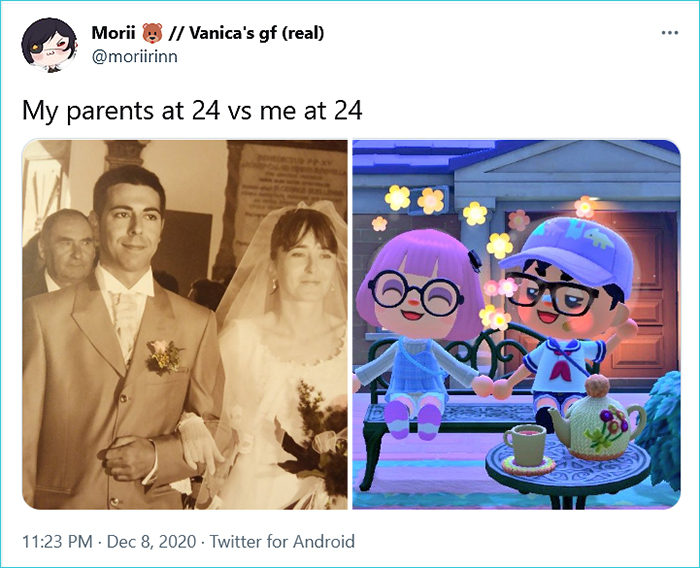 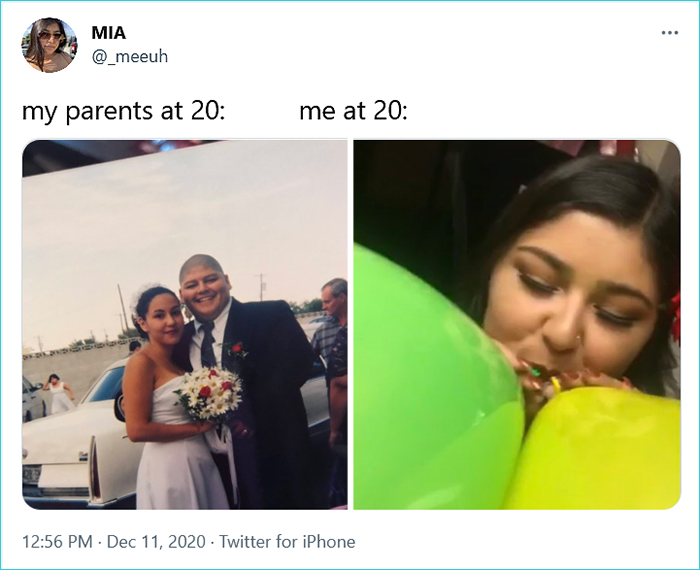 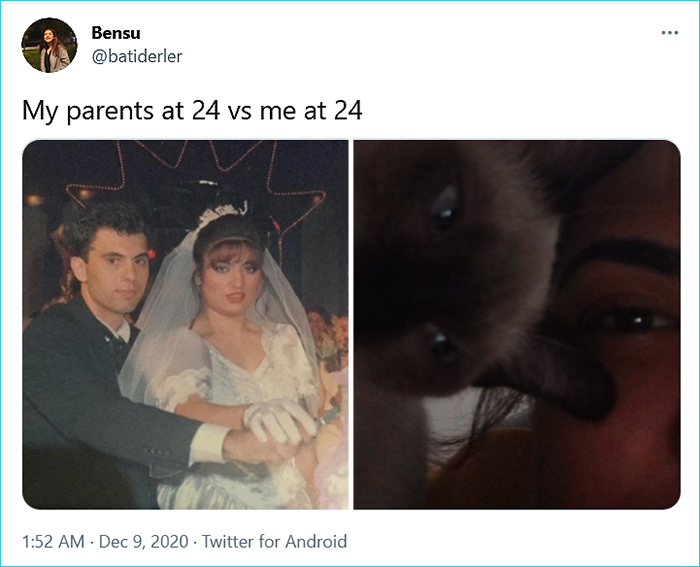 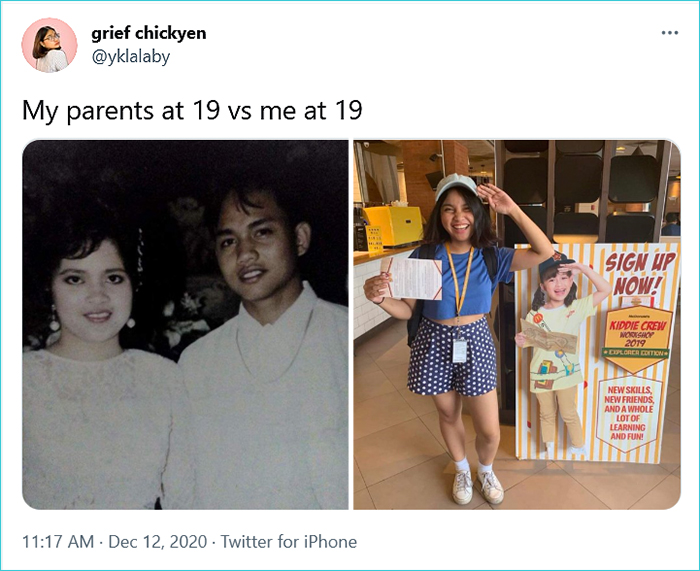 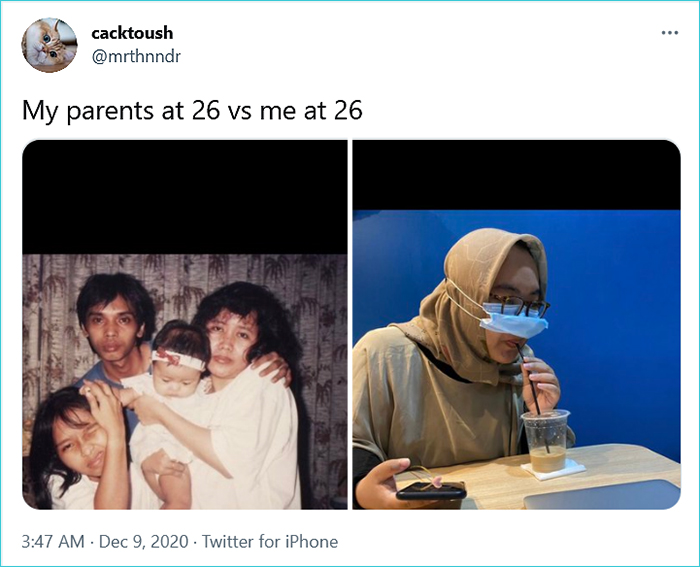 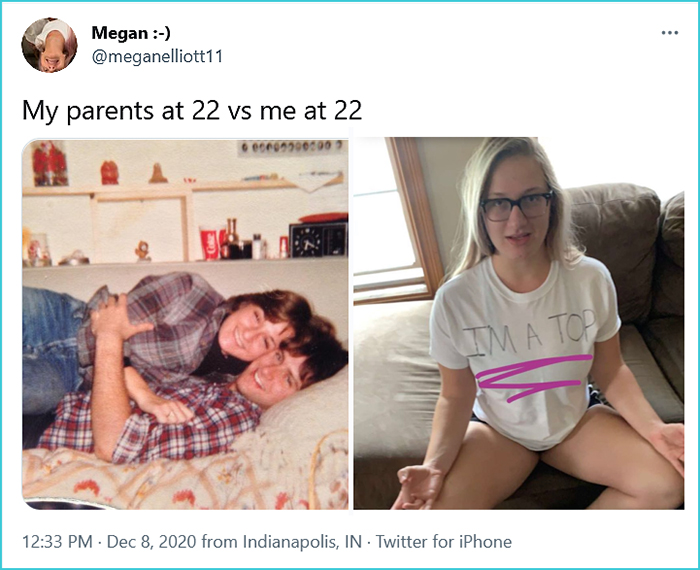 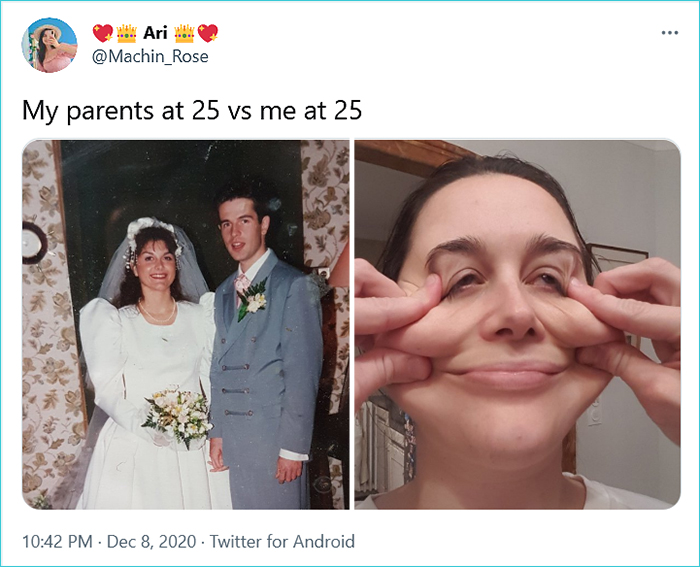 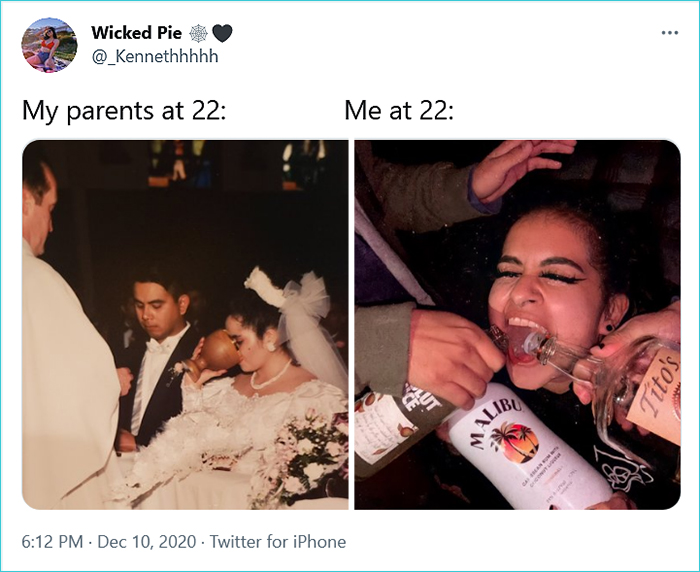 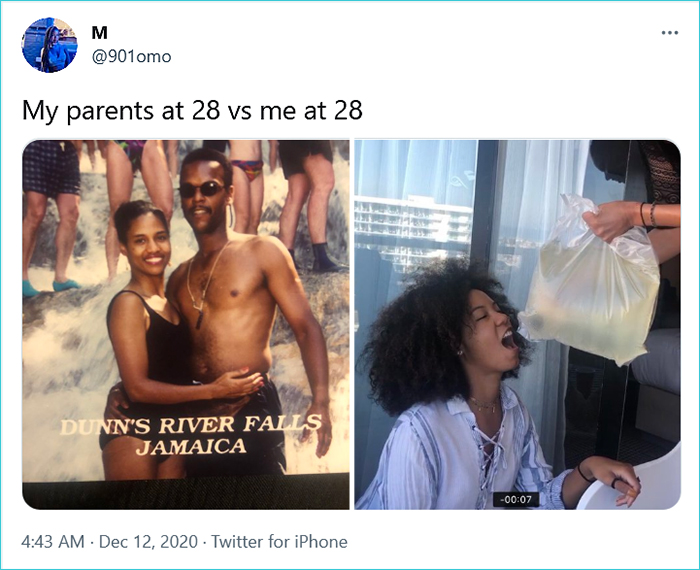 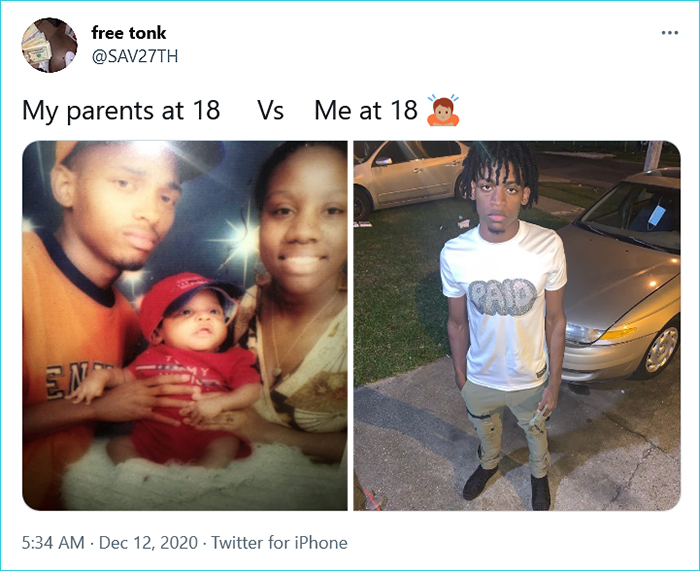 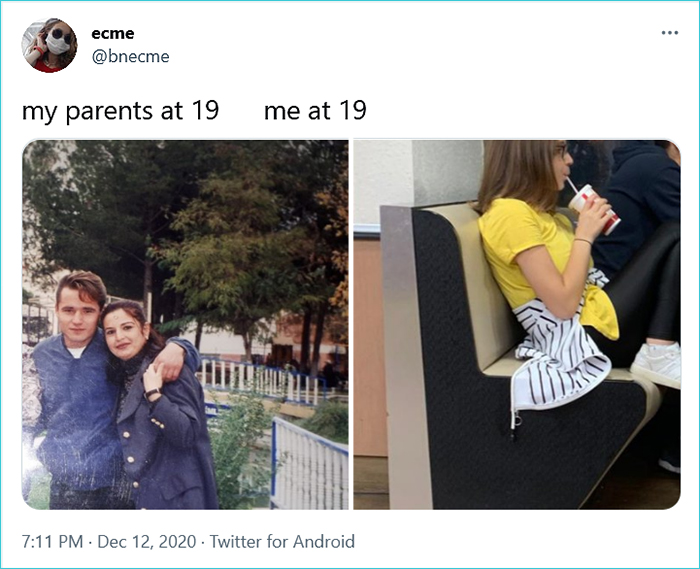 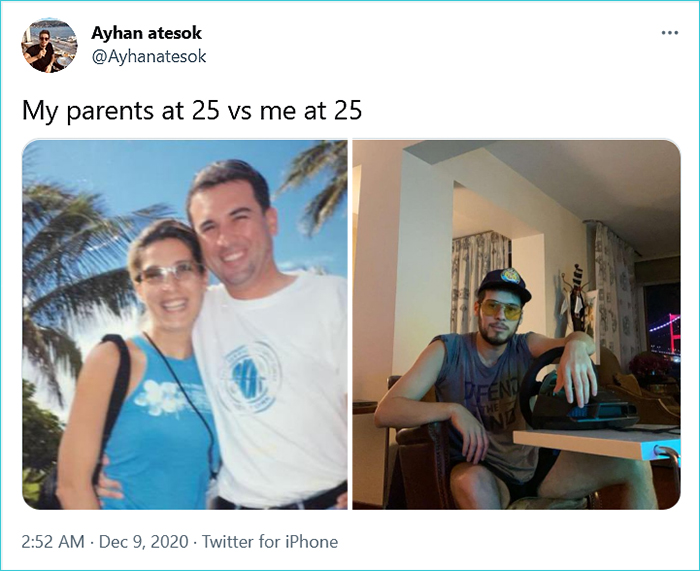 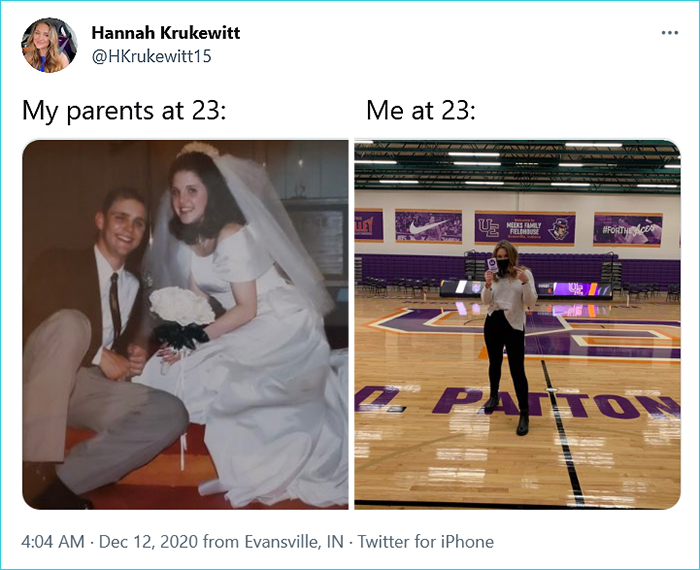 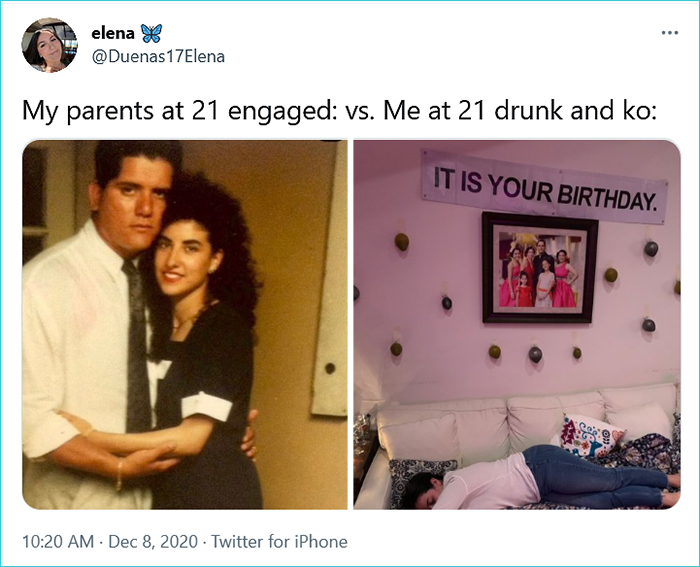 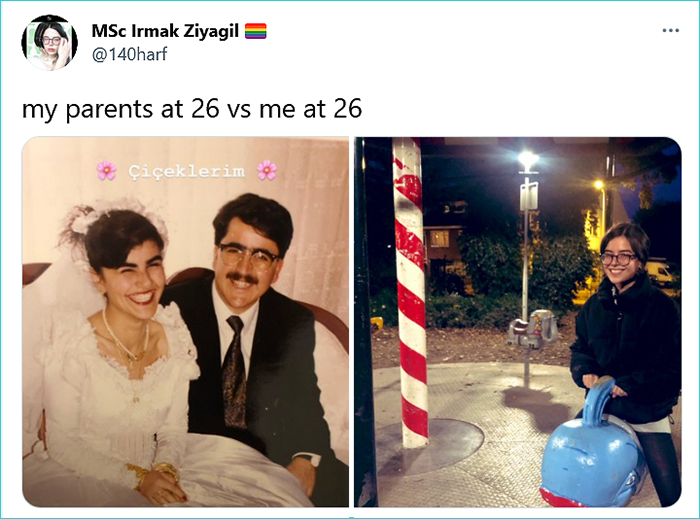 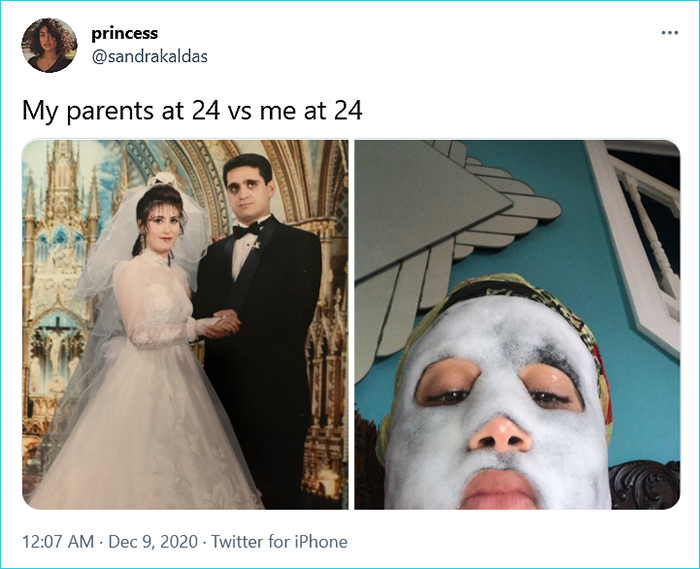 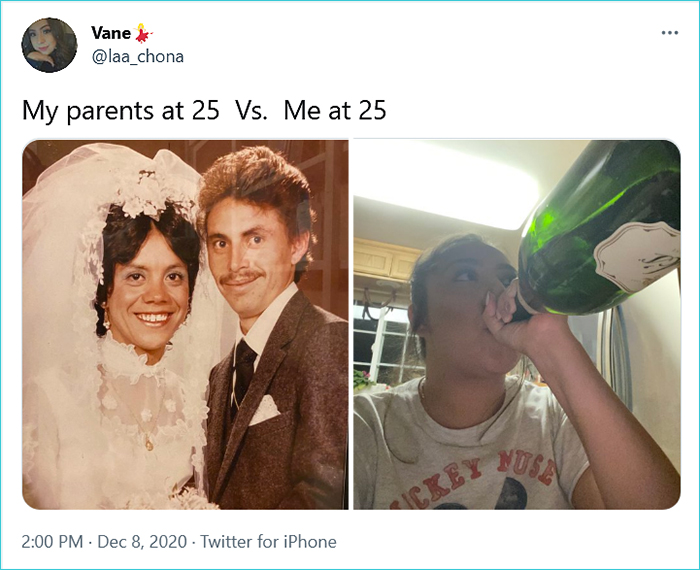 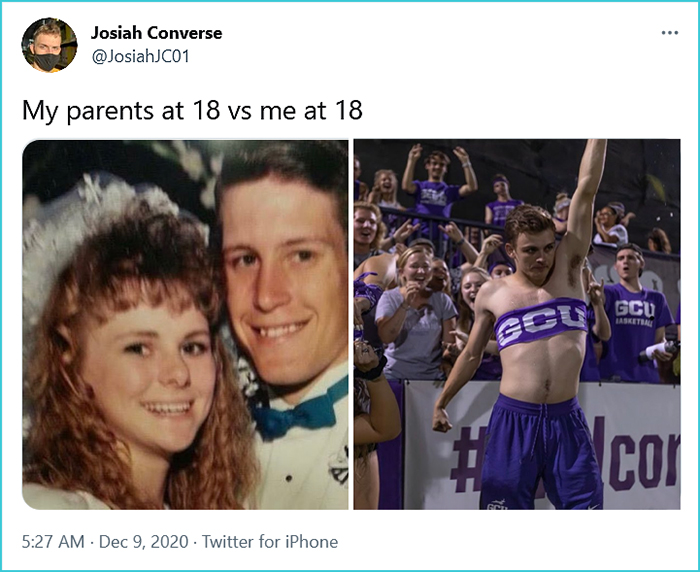 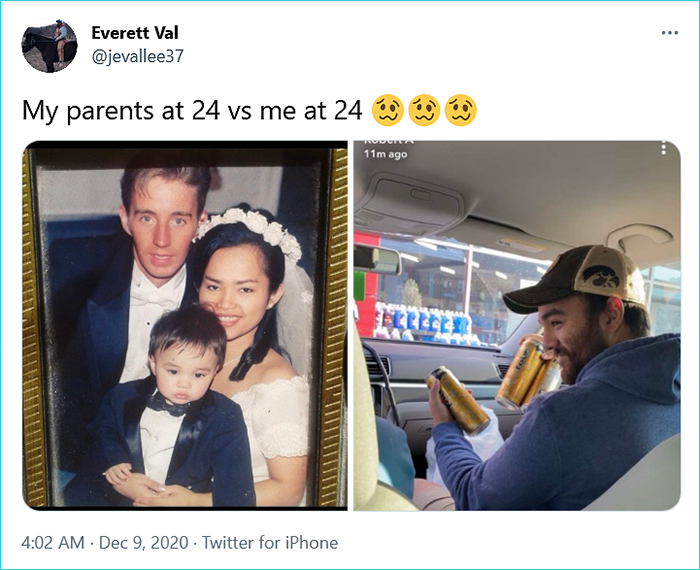 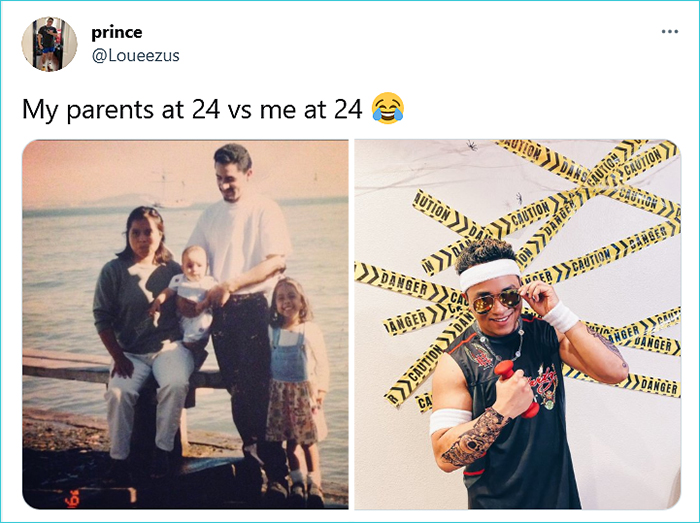