If you’ve never heard of Peculiarium, it’s a Portland, Oregon-based art gallery. The artwork in the background of Donald Trump’s press pictures has recently been changed to something a bit more… off-putting since the gallery felt the White House needed a little facelift.

In a recent interview with votreART Mike Wellins of Peculiarium explained that after the election he felt d1sgust3d and couldn’t believe that Trump got elected. “As an artist, I had to do something, so I was cranking out memes to show my anger,” explained the artist. Is it more important to you or to others? I’m not sure, and I’m not really bothered either way, but I had to act. I have black acquaintances, Mexican relatives, am partly Jewish, and have friends from all around the world. Nationalism is insane, in my opinion. Republicans, in my opinion, are out of control and un-American.

Peculiarium, a Portland-based art gallery, recently replaced the paintings in Trump’s press photos with something a little more peculiar 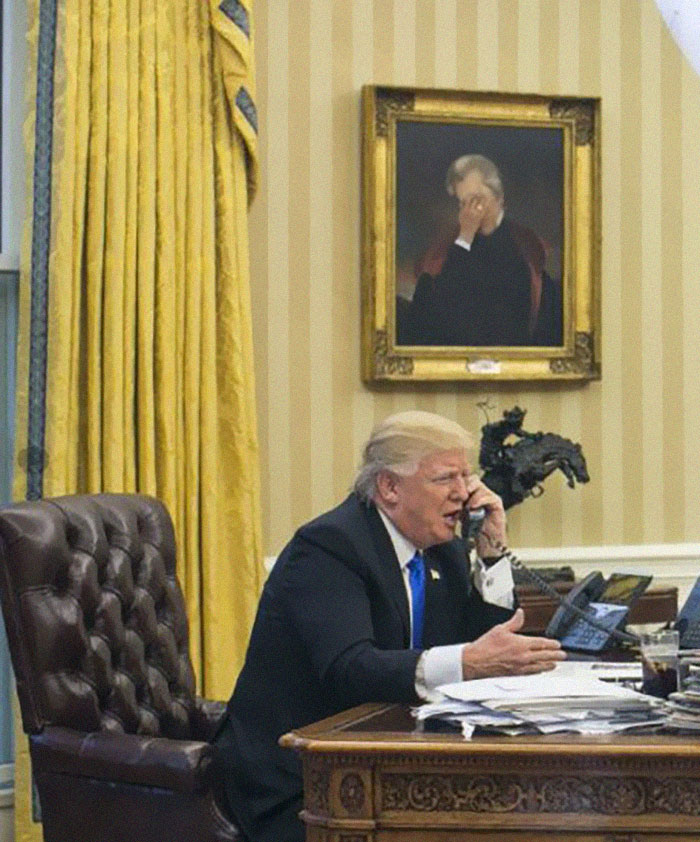 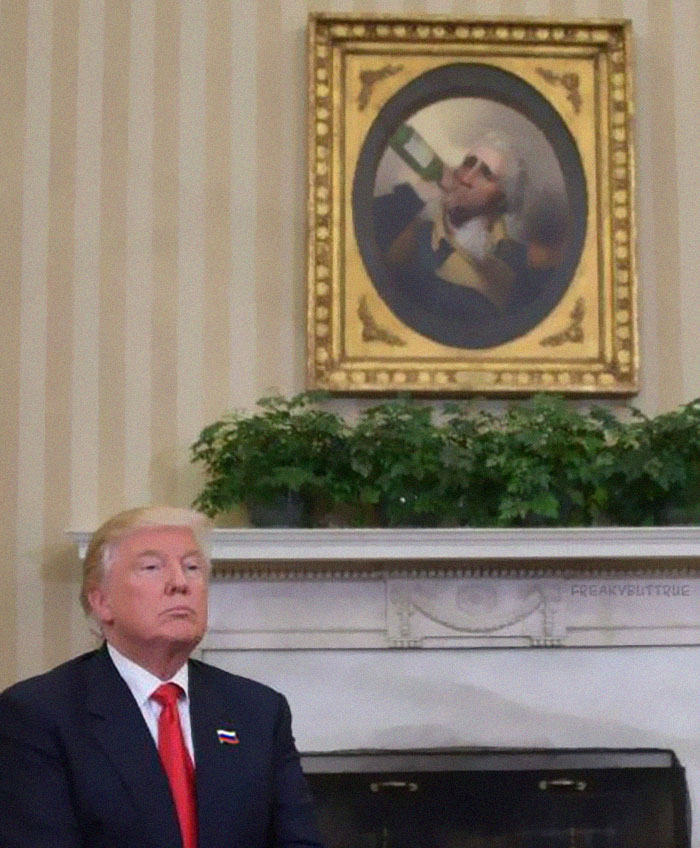 Mike says he has always been a fan of cartoons and posters. He knows that people go by imagery now, and says the adage “a picture is worth a thousand words” has never been more true than it is now. “So I make memes and political cartoons. It’s an old tradition that goes back to the muck rackers like Upton Sinclair and of course, memes cross all languages and like original cartoons were also meant for those who can’t read… it’s always about hearts and minds, so if I can help with a laugh or a jab or if I can remind the decent people that they aren’t alone, then it’s worth it,” explained the artist.

Check out some more of Mike’s alternative White House art below! 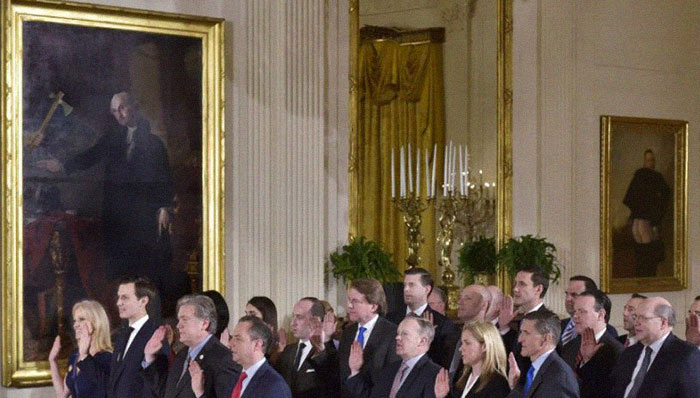 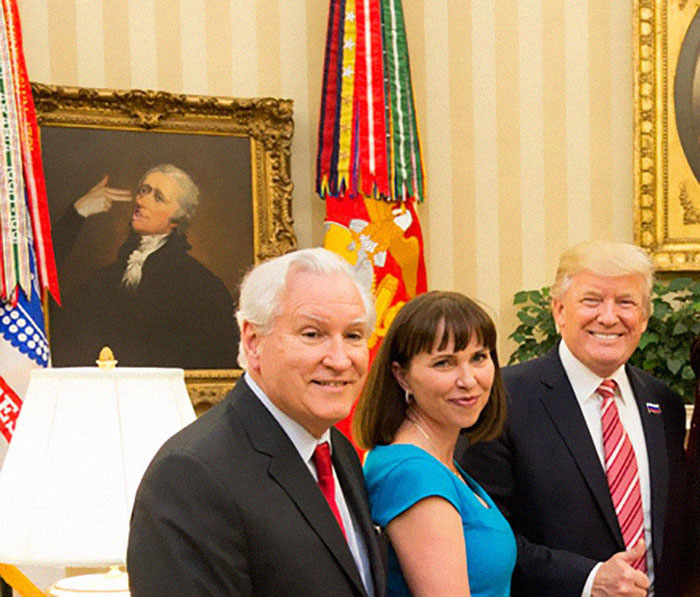 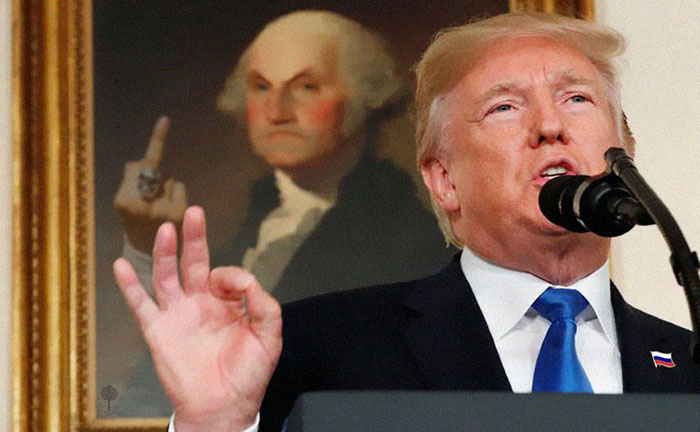 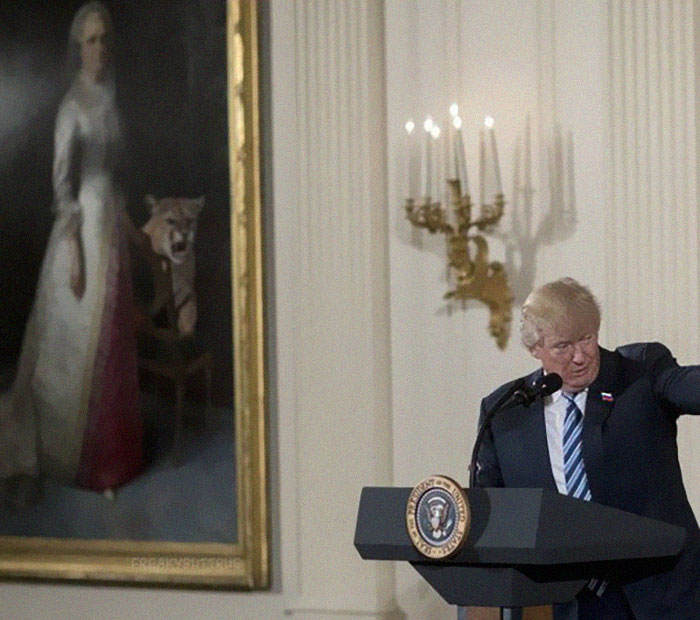 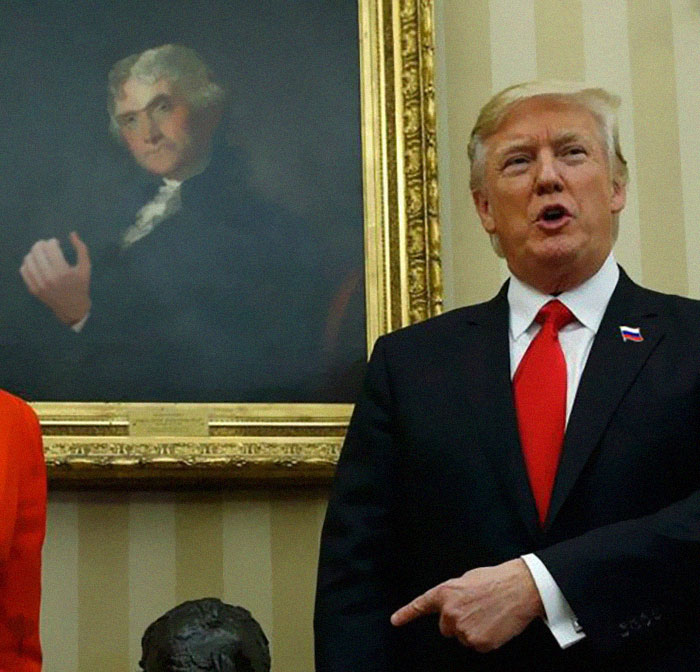 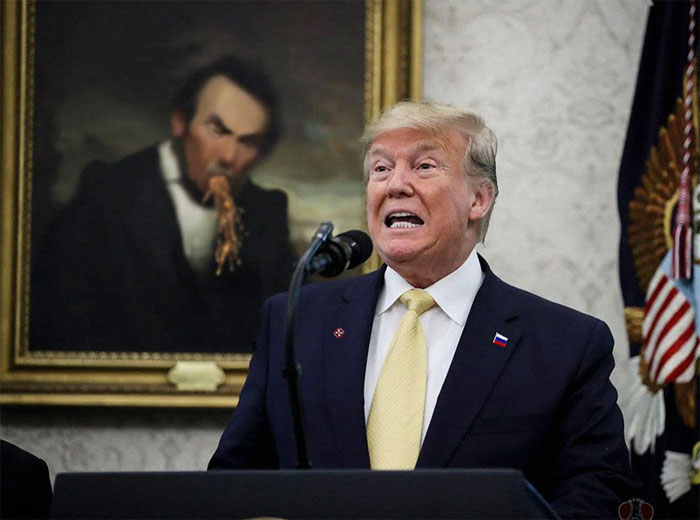 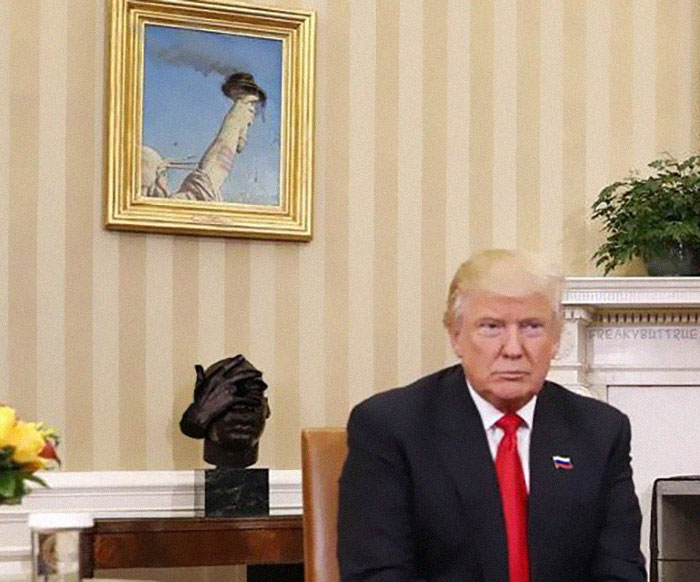