Menu
Home
>
Other
>
Celebs Look Like 15th Century Portraits, Thanks To This AI

Snapchat is best known for all its filters that keep us busy and entertained. All these weird filters that can make you a dog, change your gender and whatnot have made us wanting for more. And, it’s not just snapchat filters now, there are many players in the market that can help you change in whatever you wanted to be. Recently, FaceApp was in the news for making people look their older selves with its technology and people just started looking old with the app. Now, there’s another trend and it’s going viral again and that is making yourself look like 15th Century portraits. Everyone loves these comparisons and so do we and the best way to depict this is by using celeb photos.

Below are some of the celebs who look like 15the Century Portraits: 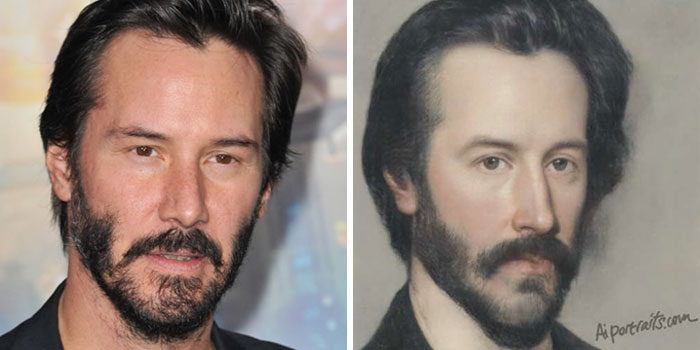 Who are we kidding here, this isn’t by any app or software. Keanu has been living since the beginning of time, this is his original 15th-century look. 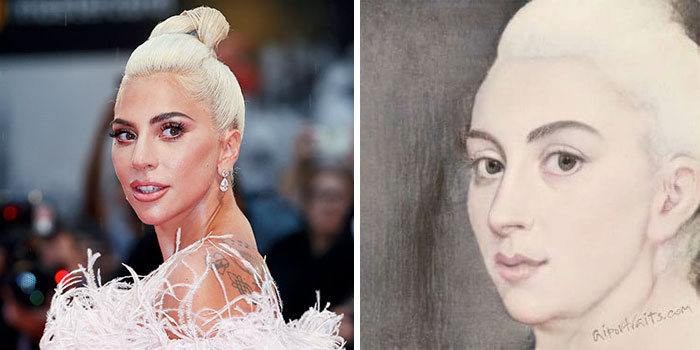 These portraits are generated by an AI by MIT-IBM Watson AI Lab and can be done on their website AI Portraits. 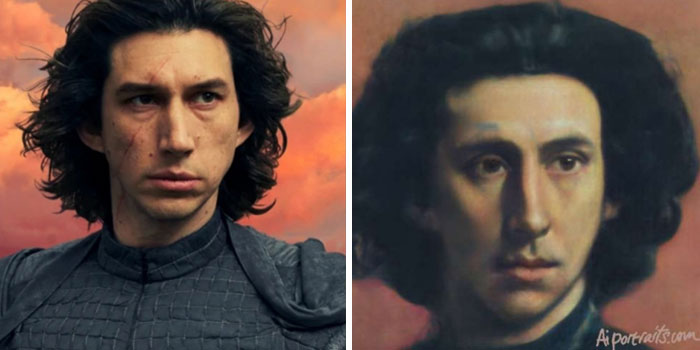 They have used a tech called generative adversarial network (GAN). 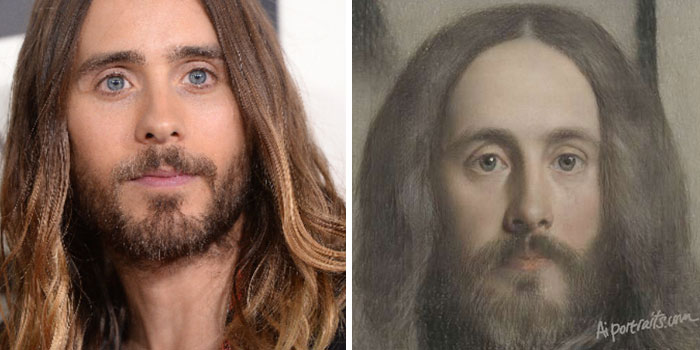 The AI consists of 45000 portraits and is programmed in such a way that it combines and does all the oiling in the image itself. 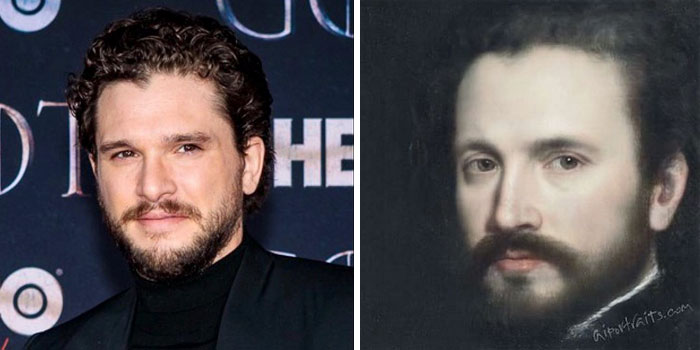 The features of the photos remain same but the details are burred out with the oils that were used in paintings and hence resulting in this 15th-century portrait. 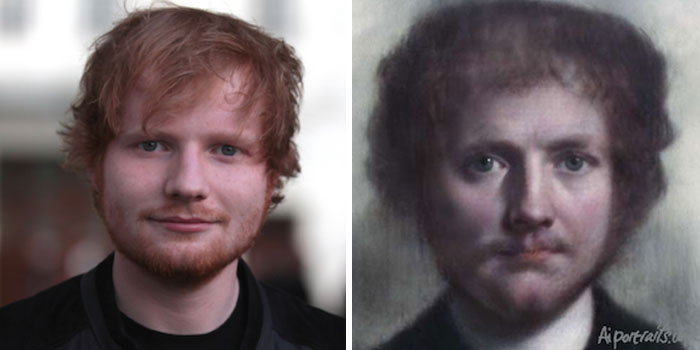 The alteration of color is the most important thing this AI is capable to do which makes it look authentic. 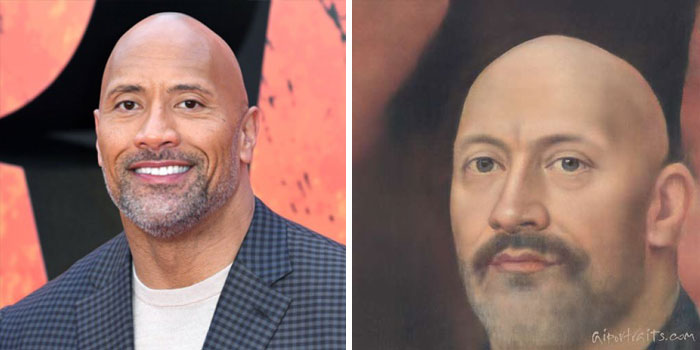 Rock’s portrait looks more real than he himself in real because his face finally has a non-egg shape here. 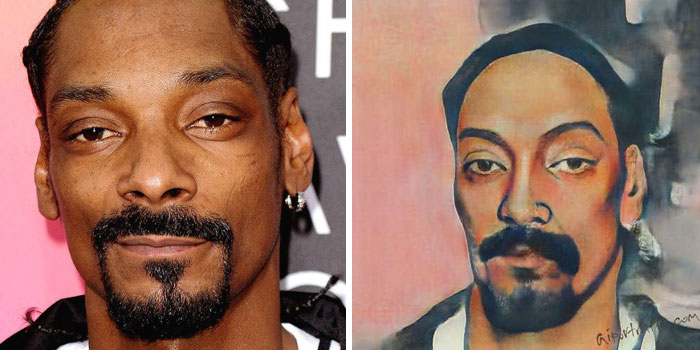 Maybe a little later than 15th century for this photo when colors were invented with better sharpness. 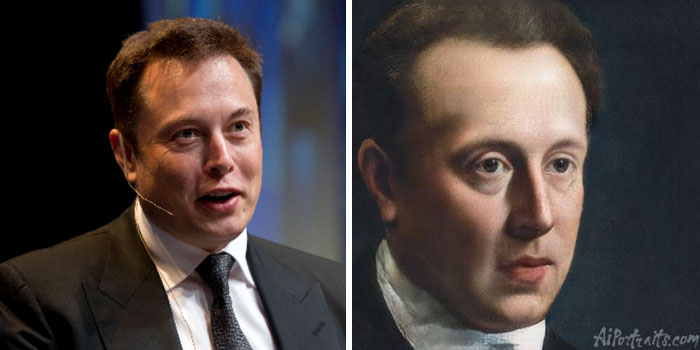 Even in his old look, he looks like he was some replacement of any big inventor of the time. Elon Musk is everywhere. 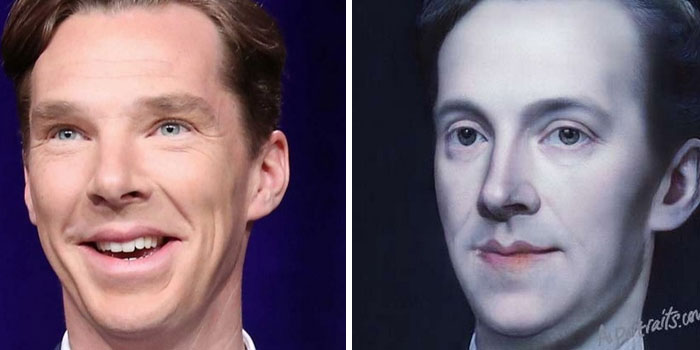 Benedict looks like he was some other planet in the time and it’s so hilarious. 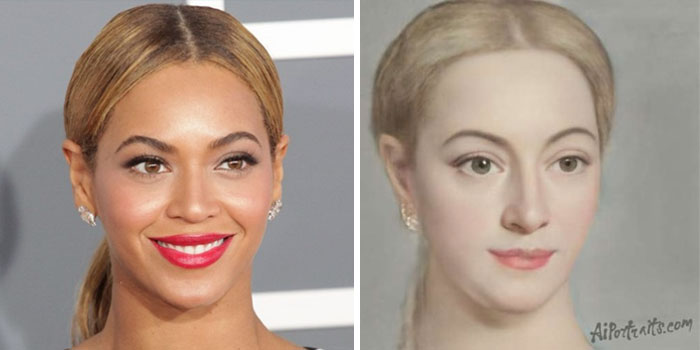 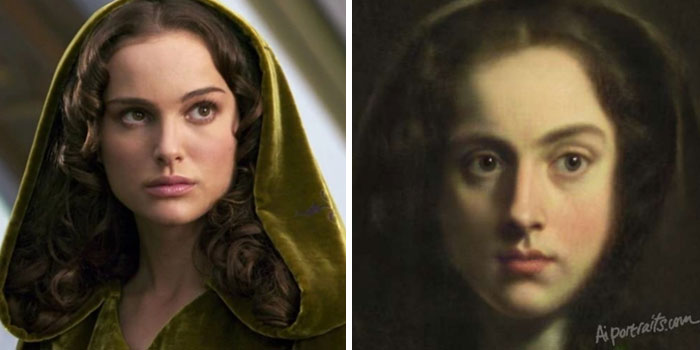 Future Thor and wife of a God make a good portrait. 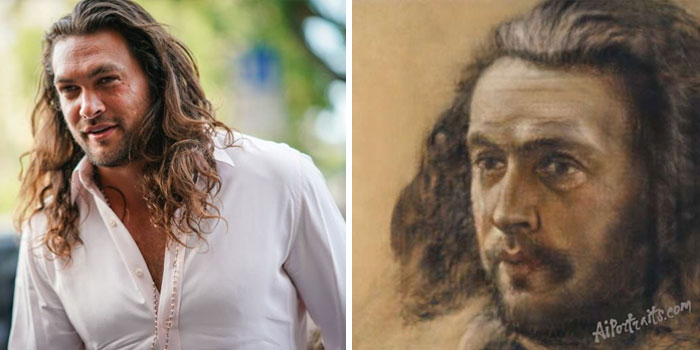 The same crazy he is now just with a more serious look.