Chrissy Teigen shares much of her life on social media, and on September 30, 2020, she posted a heartbreaking photograph from the hospital. Accompanying the black-and-white image—in which she is inconsolably weeping in a hospital bed—was the news that she and husband John Legend lost their third child, whom they named Jack. 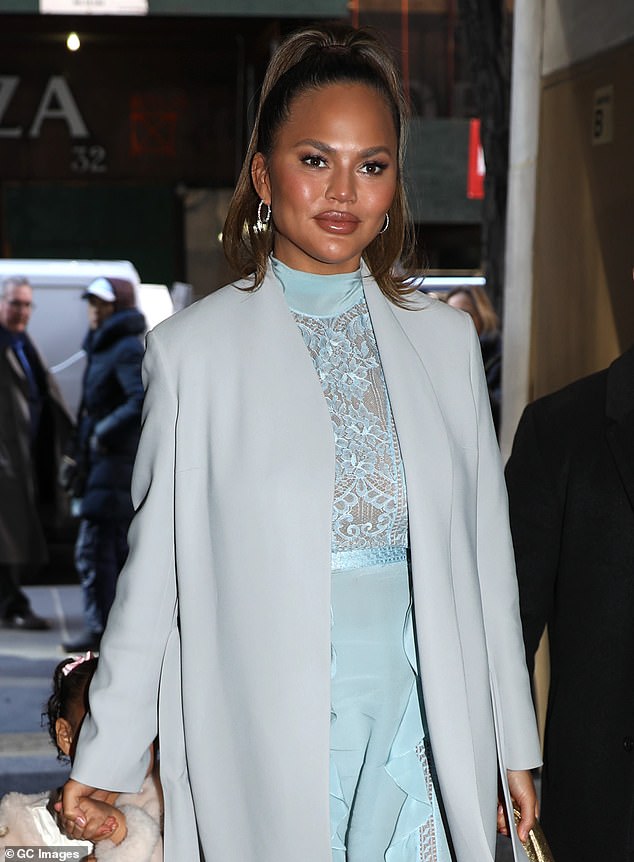 “We are shocked and in the kind of deep pain you only hear about,” Teigen wrote on Instagram. “The kind of pain we’ve never felt before. We were never able to stop the bleeding and give our baby the fluids he needed, despite bags and bags of blood transfusions. It just wasn’t enough.”

In sharing this raw, profoundly painful moment, Teigen is undoubtedly helping other couples who face the same tragedy of a miscarriage. A typically taboo topic, miscarriage feels like a rare occurrence because it is often not addressed publicly. But, the reality is that anywhere between 10% and 25% of all pregnancies end in a miscarriage. Women often feel shame and guilt—as if they have failed their baby in some way. Half of all miscarriages, however, occur due to chromosomal abnormalities. In other cases, there can be a host of issues that are just simply out of someone’s control. 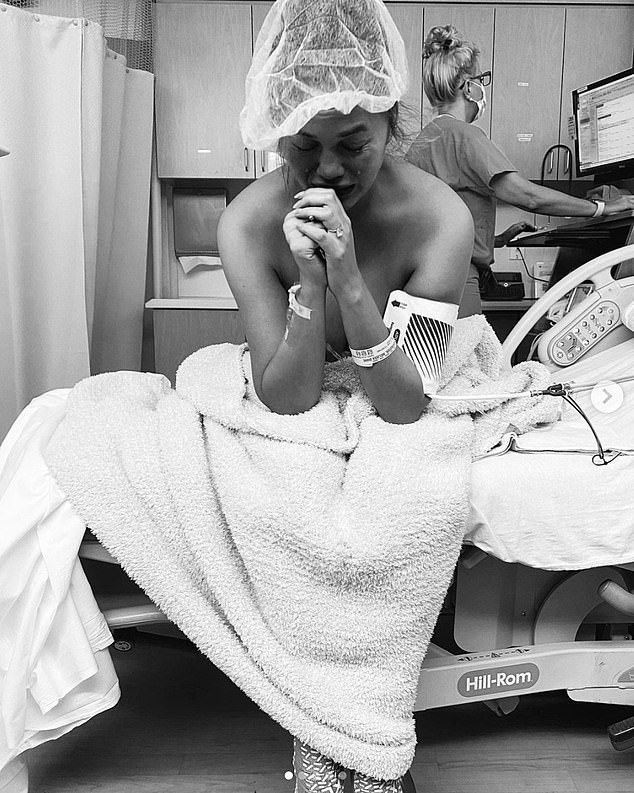 Teigen is not the first famous person to deal with a miscarriage and talk about it publicly. She has, however, handled it differently. By sharing this photo and accompanying it with such vulnerable words, she is showing what it’s like to not be okay, as well as what it’s like to face such devastation without coming out the other side (yet). Teigen’s post also demonstrates that while we might not move on from tragedies like these, we do move forward. “On this darkest of days, we will grieve, we will cry our eyes out. But we will hug and love each other harder,” she said, “and get through it.” 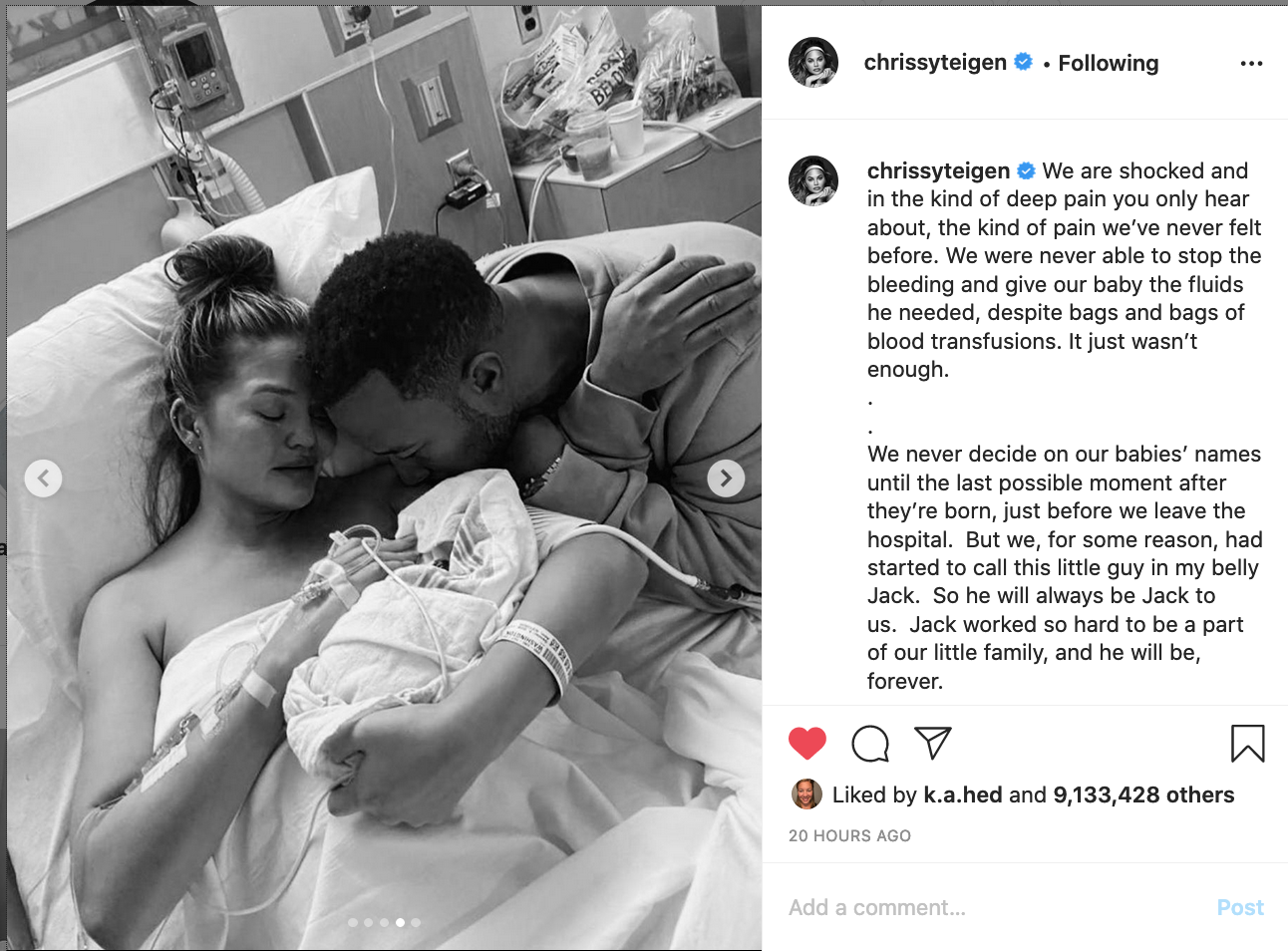