Menu
Home
>
Other
>
‘That was a big one!’ Young students are left in hysterics by their teacher who pulled a hilarious fart prank during their Zoom class

An elementary school teacher had her students in hysterics after she feigned a loud fart during their Zoom class.

Emma Ginder,  25, from Kansas, shared the hilarious footage on Facebook on December 9, and it quickly went viral thanks to the kids’ priceless reactions to the noise.

‘Some days you just have to play a toot sound during class to lighten the mood,’ she captioned the clip. ‘Way too good not to share. Also, I apologize for having the maturity of an 8-year-old boy.’

Hilarious: Emma Ginder, 25, from Kansas, feigned farting in front of her elementary school students during a Zoom class 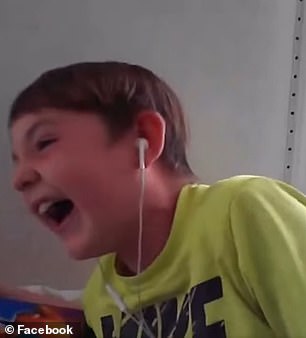 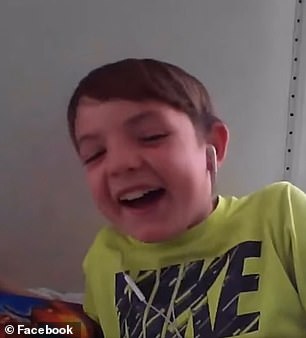 The unforgettable moment began when the teacher asked her students to pull out a book. All of a sudden a loud fart could be heard emanating from her seat.

Ginder covered her mouth with her hand — seemingly in shock — and turned away from the camera as she started to laugh.

Her astonished students didn’t know what to think, and multiple kids asked, ‘What was that?’ even though they knew exactly what they had heard.

‘I think she farted,’ one said, prompting his classmates to erupt with laughter.