HomeOtherWhy Britain has so many covid-19 deaths

Britain faces a worse pandemic than other European countries. That seems partly the government’s fault, but not entirely 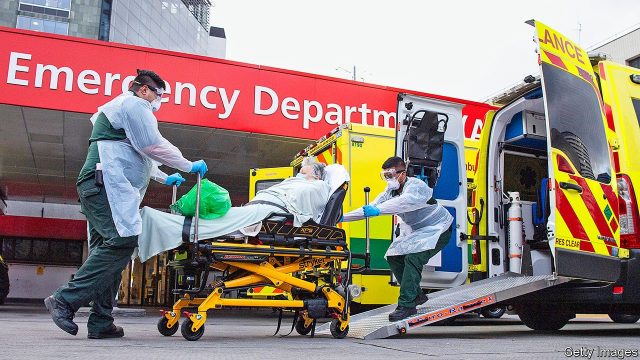 On most social, political and economic issues, Europe divides into north and south, and Britain sits comfortably among the more orderly, prosperous and efficient northern states. But on covid-19, that’s not how it looks. Britain appears closer to badly hit southern European countries. Indeed, Sir Jeremy Farrar, a member of the government’s scientific advisory council, has said that Britain is on track to be among the worst—if not the worst—affected country in Europe.

Within four months, the UK will have 66,314 fatalities from COVID-19, according to a recent report from the University of Washingon’s Institute for Health Metrics and Evaluation (IHME). This would result in the UK having the highest number of fatalities out of any country in Europe – according to the report, more than Italy (a total of 23,000) and Spain (19,209).

35 People Who Became So Bored While Stuck In Quarantine, They Came Up With Hilarious Ways To Pass Ti...
10 People Who Shows What Nature Can Do
Coronavirus lockdown: Lessons from Hokkaido's second wave of infections
China revises Wuhan’s Covid-19 death toll with 50% rise, but denies cover-up
20+ Photos Showing How Much Wedding Makeup Can Transform a Bride
Photographer plays with the moon
14+ Sons Whose Handsomeness Can Outshine Their Celebrity Dads
5 Famous Brands Change Their Logos To Show The Importance Of Social Distancing
Share!
Tweet

What you need to know about coronavirus (COVID-19)
Italy to remain CLOSED for Tourists until end of the Year
This Facebook Group Is Dedicated To Crappy Wildlife Photos That Are So Bad They’re Good (30+ New Pic...
Coronavirus lockdown: Lessons from Hokkaido's second wave of infections
Why We Can’t Sleep Without a Blanket, Even on a Hot Night
This Russian Facebook Group Is Dedicated To Recreating Famous Art Pieces While Isolating And Here Ar...
Unbraided rope installation by Janaina Mello Landini
29 Heartbreaking Illustrations By Alireza Pakdel That Show The Rough Reality Of Being A Doctor Durin...
Copyright © 2020 Design by Seat.